It has been an amazing month, with incredible sightings and wonderful people. 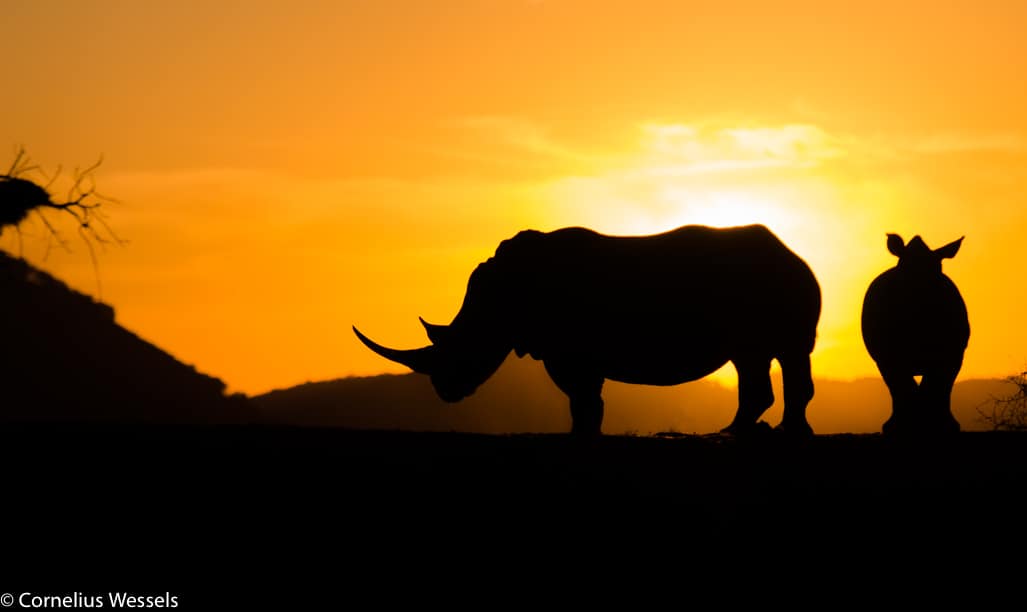 Winter is now in full swing.  We have had some bitterly cold mornings and evenings, but the thin, crisp, clear air produced spectacular sights. With the sun setting fire to Africa, we can truly appreciate winter for what it brings. 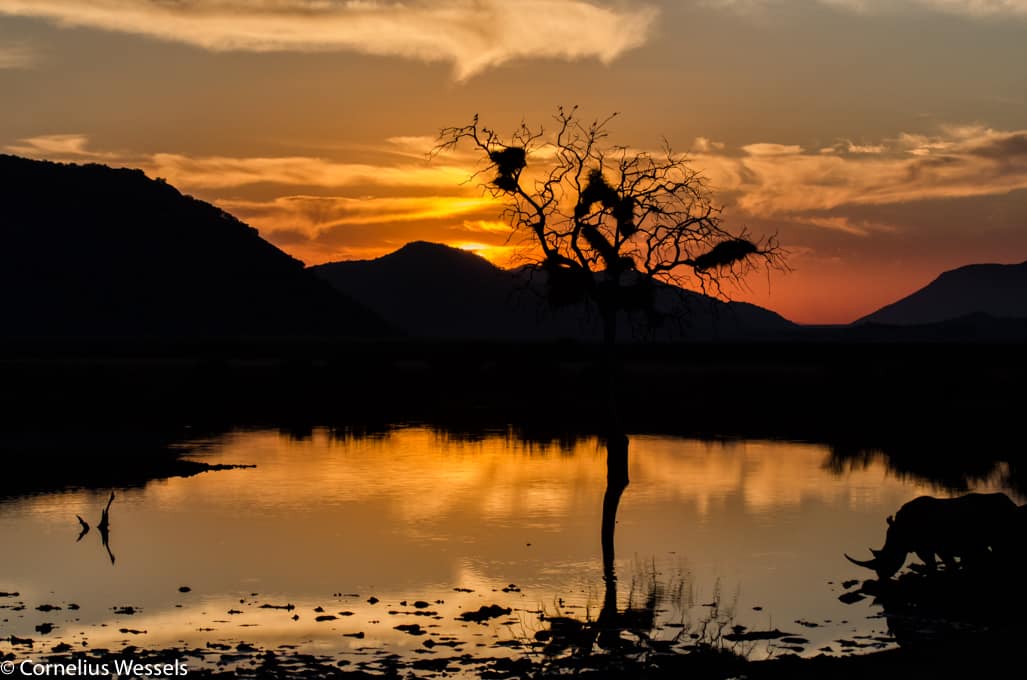 The introduction of the new female cheetah was successful.  She is still being monitored by her satellite collar but we have found her on a few occasions the old fashioned way, tracking.

She was also found on a kill and her future in Madikwe looks promising.

She has been in contact with the two males in the north west of the park as she is exploring her new home. Unfortunately we did. not see this interaction, but we assume it went well. 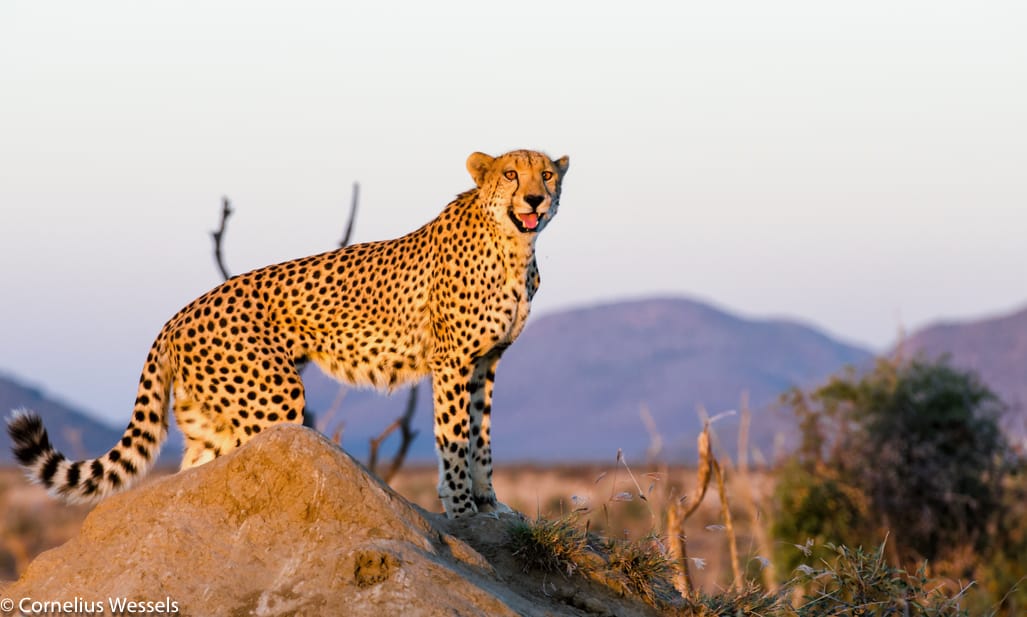 We found the males one afternoon after they got her scent, oh man, they were running and calling around like I’ve never experienced before, but in the end only found each other. 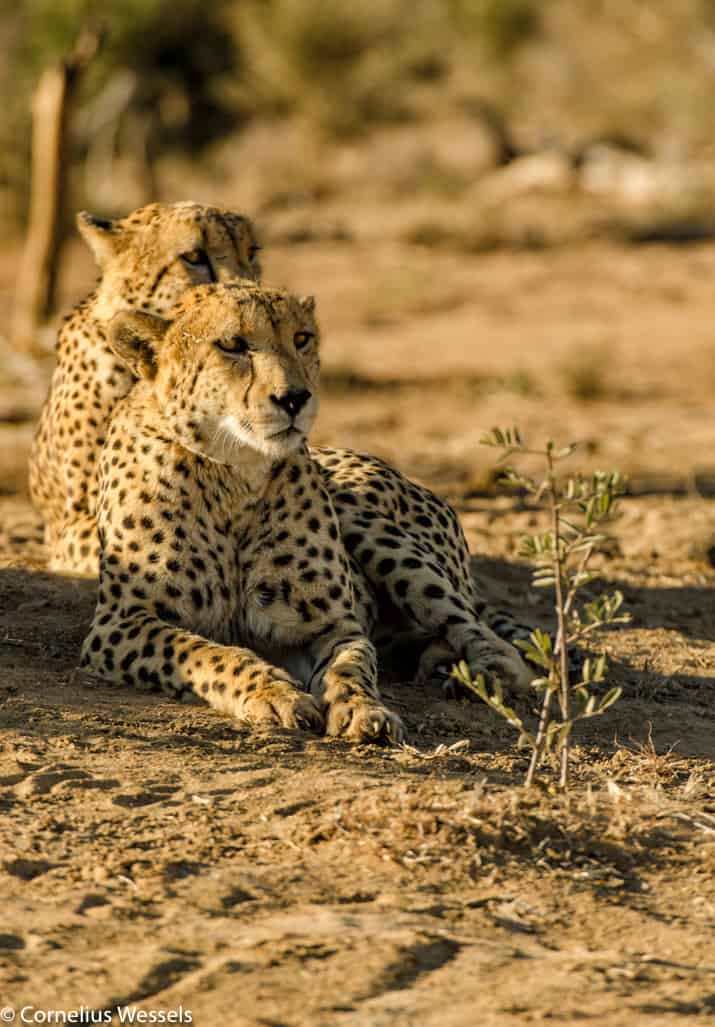 One evening after a successful cheetah tracking, we stopped at Tlou Dam to take in a beautiful sunset and in the last light we saw Wild Dogs approaching the dam.  That in itself would have been amazing but then an unfortunate impala came for its last drink. The dogs chased it for a short distance and the impala leaped into the water for safety.  The water was shallow enough for the dogs and they made a very quick, easy kill. 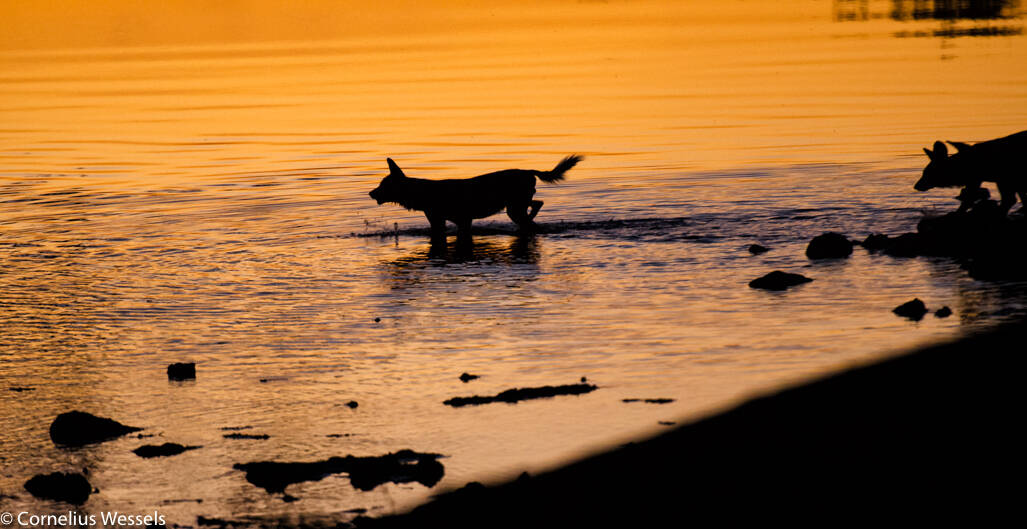 The Alpha female wild dog is denning in one of the den sites in the mountain in the middle of the park. Within a couple of months we should see how successful they were with pups.

The pride of lions from the south spend more time in our area as the males that took over the area were pre-occupied with their other pride in the north. 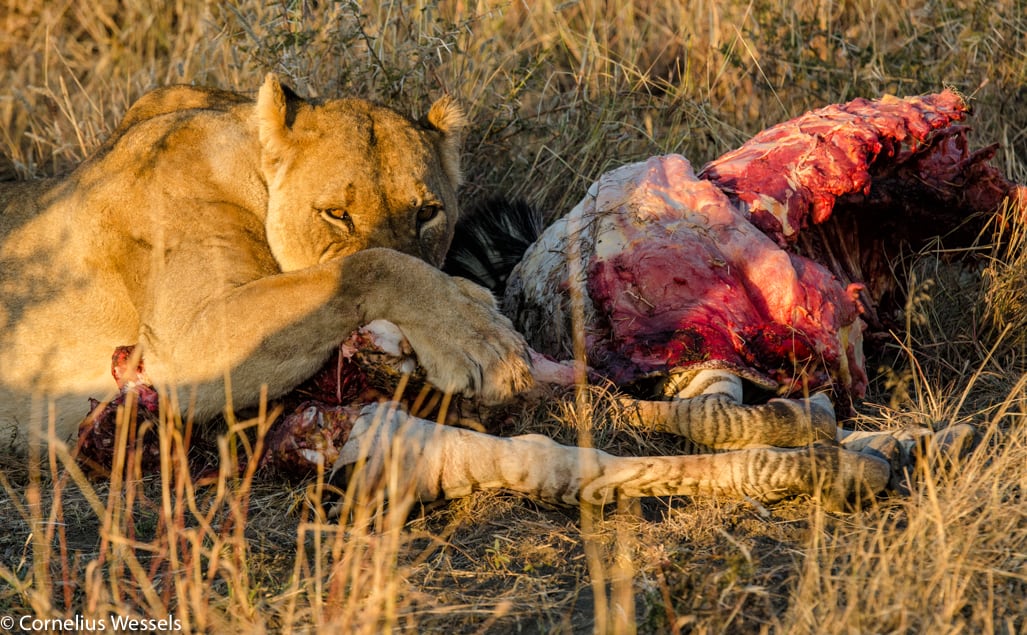 We saw them a few times and twice on a kill. 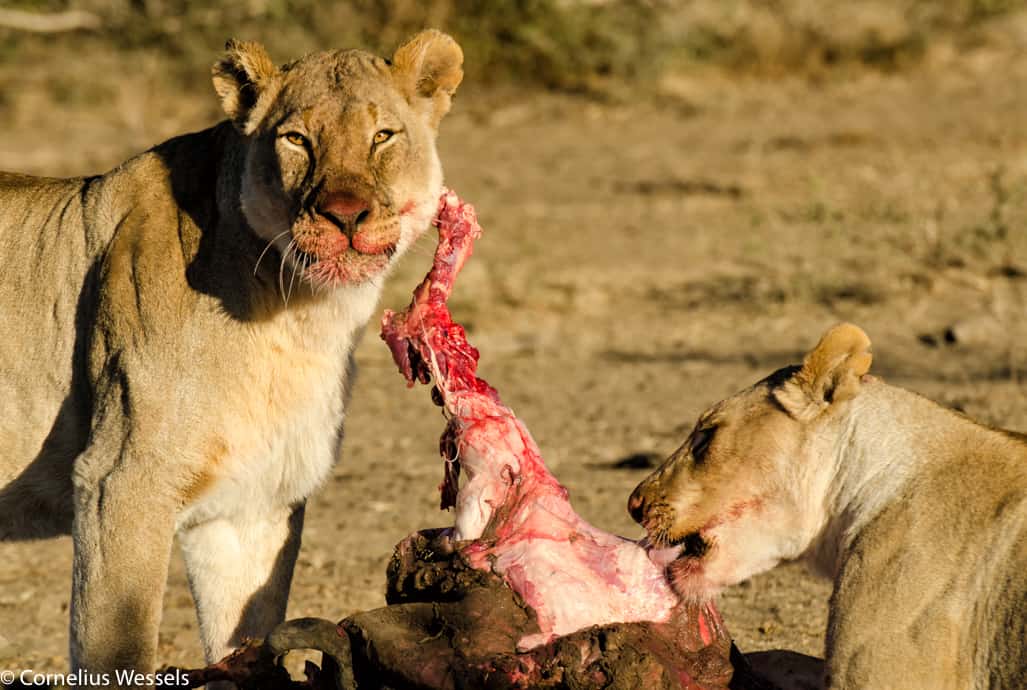 One afternoon we saw about 60 vultures spread out in trees and knew something big was dead.  After some searching we unfortunately found a dead Rhino.  The area was closed and investigated.  The next day we got the good news that it was a natural death. 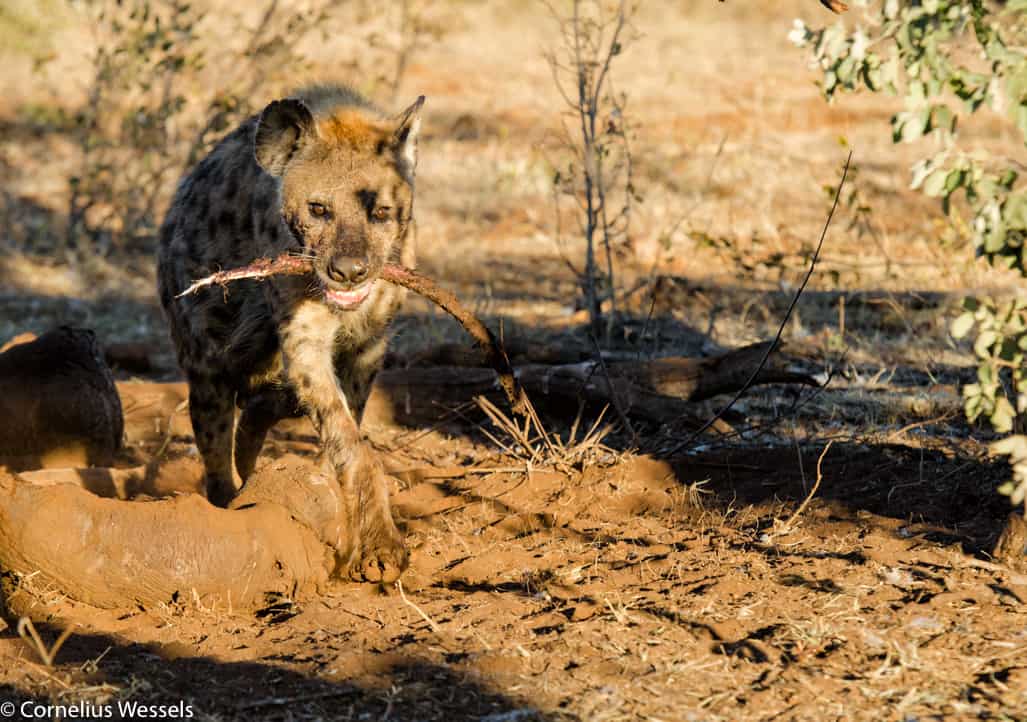 For more than a week we had vulture and hyena activity in that area. 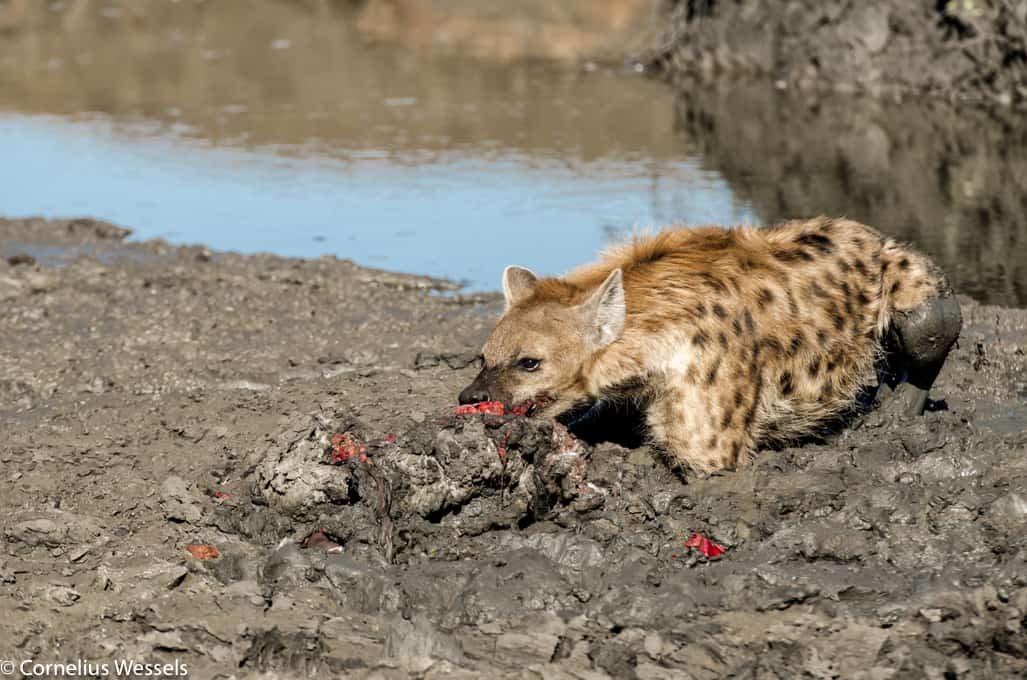 The same hyenas sniffed out a zebra that died in the mud at a waterhole close by.  One particular hyena was determined to get the remains out of the mud. 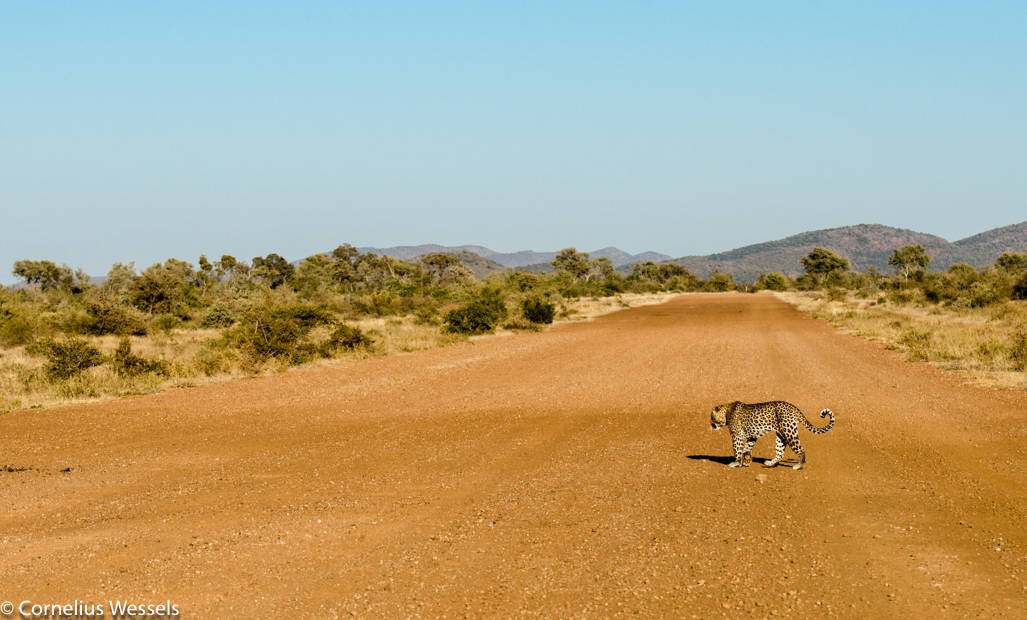 Our luck has also changed with leopard sightings as Munye made his appearance a few times. 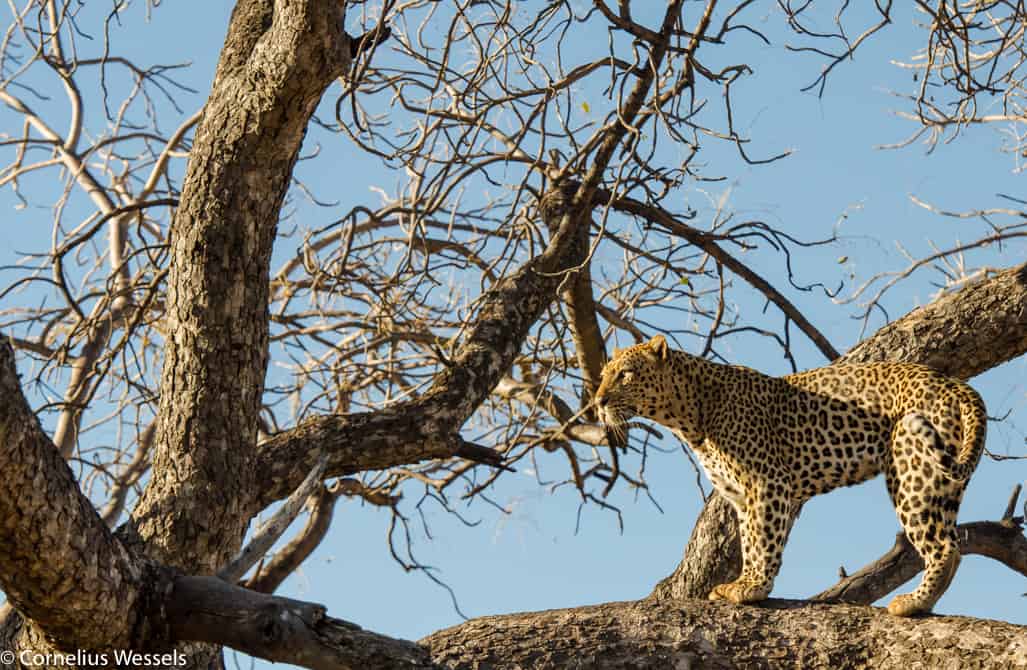 A leopard in a tree!  What more can we ask for?

Only a few waterholes have water and are struggling to keep up with the animals needs. But around the available water we get to see some great interaction between animals. 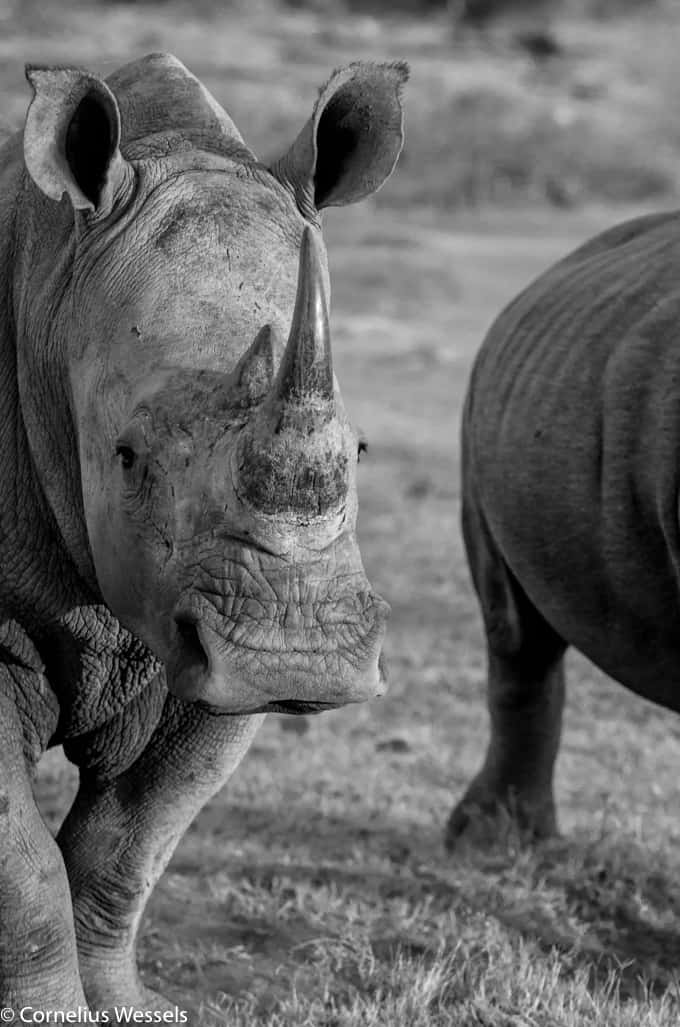 Thank you to everyone that enjoyed all of these amazing sightings and more with me.