So this newsletter is going to be about only one sighting we had this month. It was the ULTIMATE Lion sighting anyone can ask for. 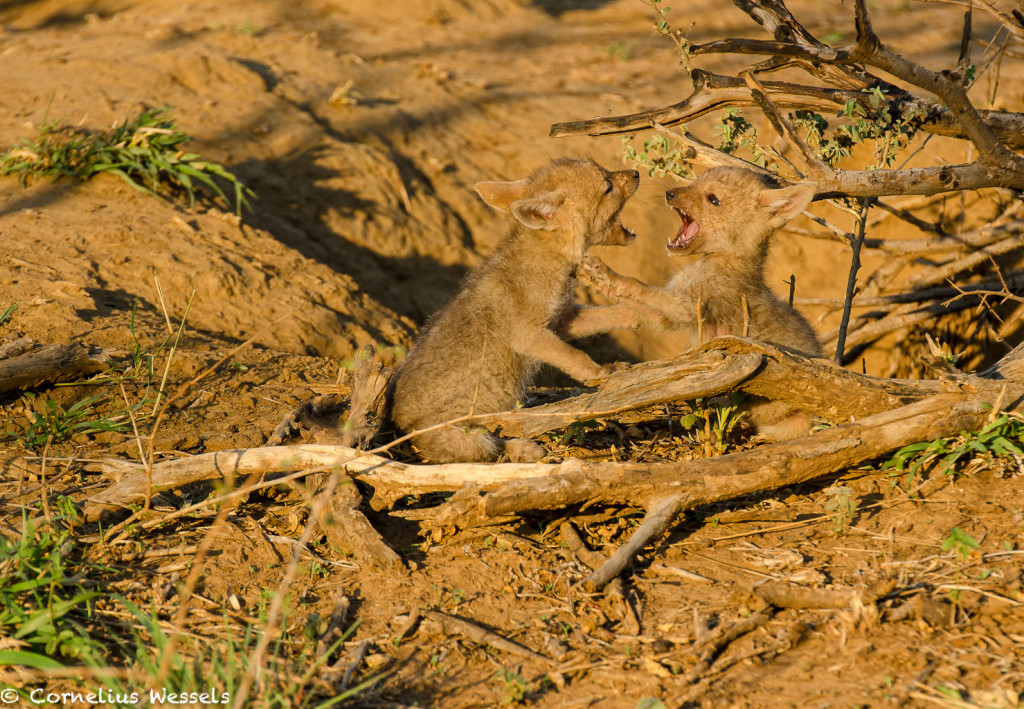 Before we get in to it, you can also follow us on Facebook at Tuningi Safari Lodge. The rest of the month’s sightings are on our Facebook page. 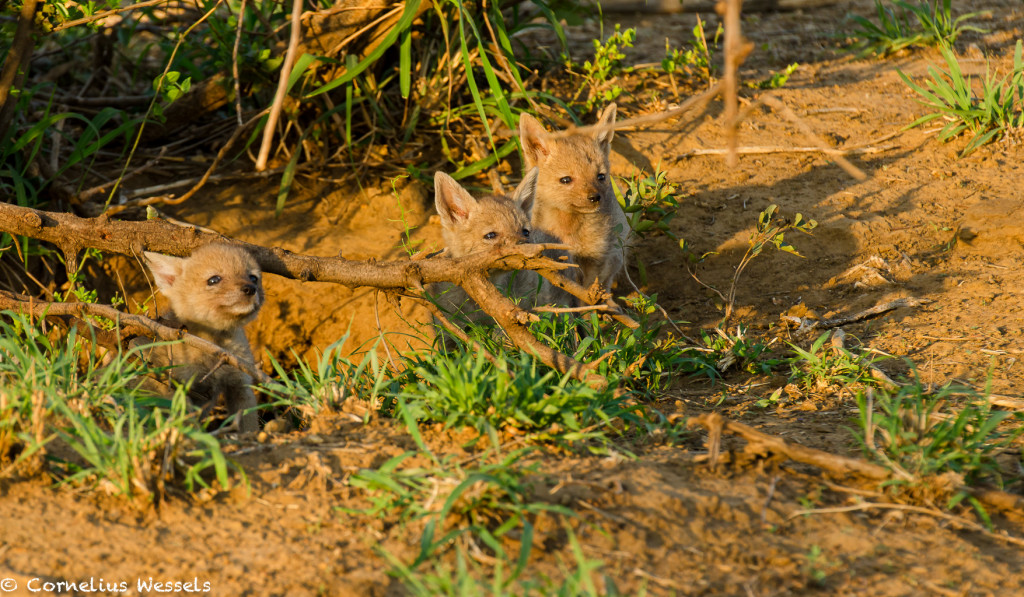 So it started out as the typical afternoon for Cornelius and I, we went down to the lodge and discussed what we are looking for and where we want to go. We decided to look for Lions and the only ones close to us was still a little drive away. 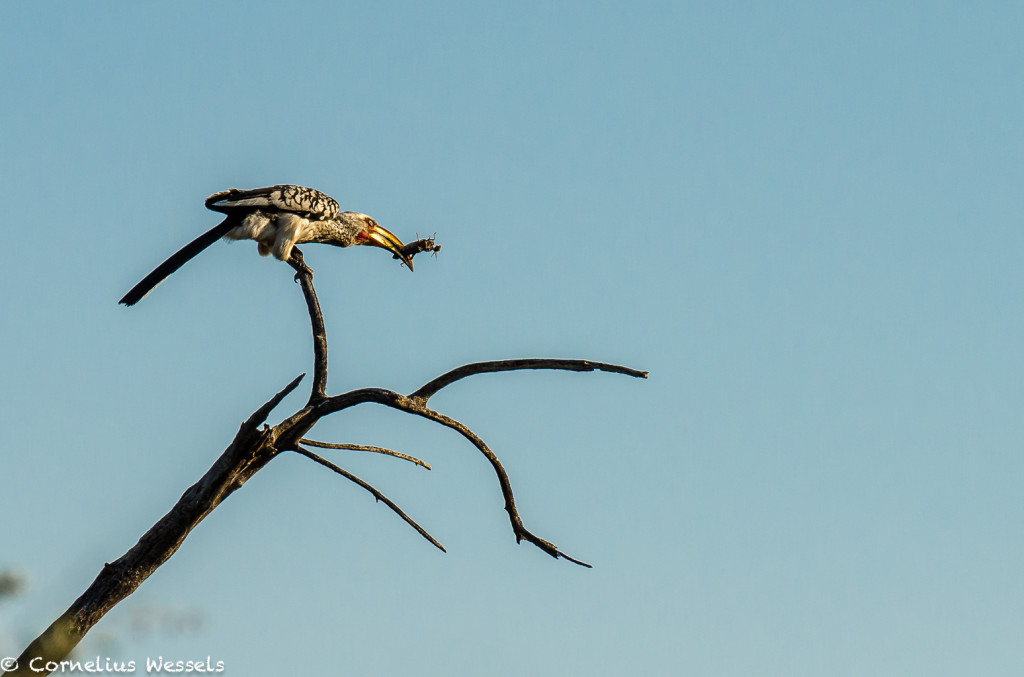 Because Lions tend to get active only when the sun goes down, we decided to take a slow drive there, have sun-downers and then go to the Lions. We were very excited because it has been a long time since most of the pride has been together, little did we know what we were in for.

So we ventured out and had a lovely drive up to our sun-downer stop where we were greeted by an amazing sunset. We had our drinks and eventually it was our turn to go into the sighting.

As we approached up to the sighting the pride came out of the thicker bush for the first time that afternoon, first goal complete. They went to lie down in the open for the normal bonding and stretching session after napping the whole day – good interaction between them, second goal complete. At this point we already had a better sighting than most people before us, little did we know…

Shortly after stretching they started off heading north towards the local waterhole. Probably needed some water after a long hot day. The sun has set and we have our lights out. As we followed them, we started noticing their body language changing from calm and relaxed to an incredibly focused killing machine using all its senses. Heads down low, eyes focused forward and ears pointing straight in the direction they are looking. The excitement starts to build, what could it be that has triggered their interest…

As we moved closer slowly we started to hearing noises coming from the water. The splashing sound was coming from about thirty Buffalo drinking. They had no idea that the Lions were so close. By now Cornelius and I were so hyped we could barely sit still.

The Lions approached the dam slowly and carefully, not to alert the Buffalo of their presence. Hunting Buffalo is no mean feat but it helps to have some muscle with you when you do. Lucky for the four females present, the big Chimbro male was also in attendance.

As we settled in to watch, I advised my guests to sit still and to be as quite as possible. It may take a long time before anything happens.

My words weren’t cold yet and all chaos broke out. Lions bursting into full flight, Buffalo turning and stampeding away and us trying like crazy to keep up with them. It was just dust and lights and a complete mental dash. We tried our best to keep up with them but the dust everywhere and we couldn’t see a thing.

We decided to go around and see if we couldn’t keep up with them from the side. All of a sudden the bleating started, we knew they had a Buffalo. The question was, if they were going to be successful in their kill.

As we arrived, we saw the Chimbro attached to the female Buffalo’s face. He was trying to suffocate her by biting down over her mouth. Lions will do this  in cases where the animals’ throat might be too large. The female Lions were running around in all directions. They were trying their best to keep the other Buffalo from coming back to help the caught one escape. 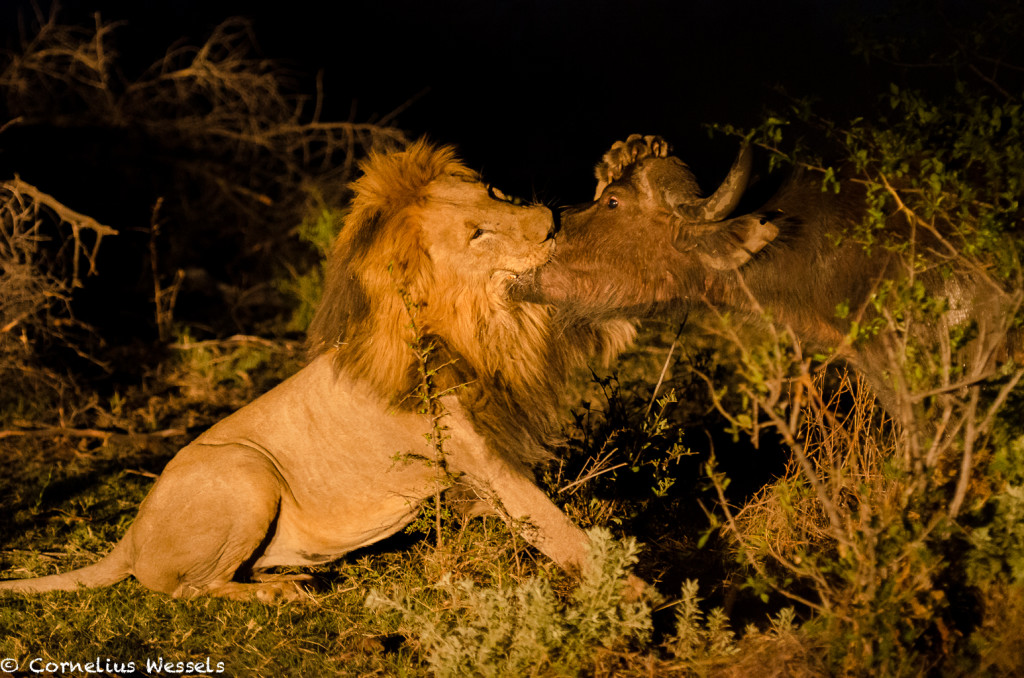 After a minute or so the females eventually got rid of the other Buffalo. Now they could help the poor Chimbro out. He has been holding on for dear life as this Buffalo was dragging him around like a rag doll. 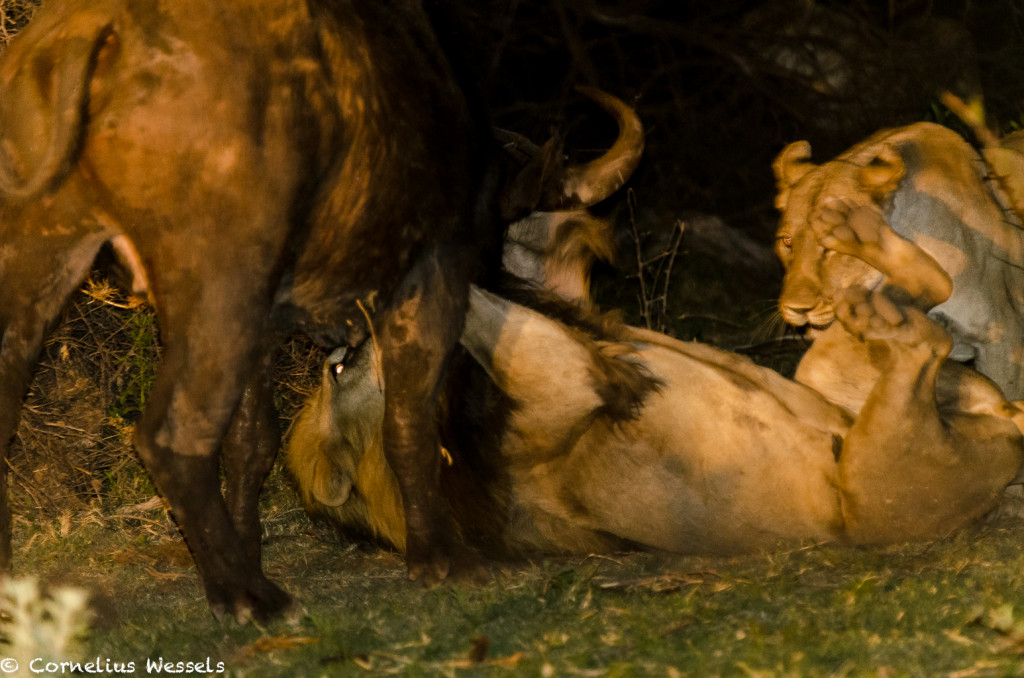 In an effort to get it to the ground, the females started jumping on the Buffalo and biting her back legs. After another five minutes they eventually got her to the ground. The Buffalo’s last breath followed soon after. After catching their breath, The Lions dug in.

Unfortunately the video that I took doesn’t work on the blog. So feel free to watch it on our Facebook Page.