After being absent for a month, we are back.  We did some renovations at the lodge, some more obvious than others, with the decks refurbished and the kitchen overhauled we are now in full swing.  Everything to make your next stay even more enjoyable. 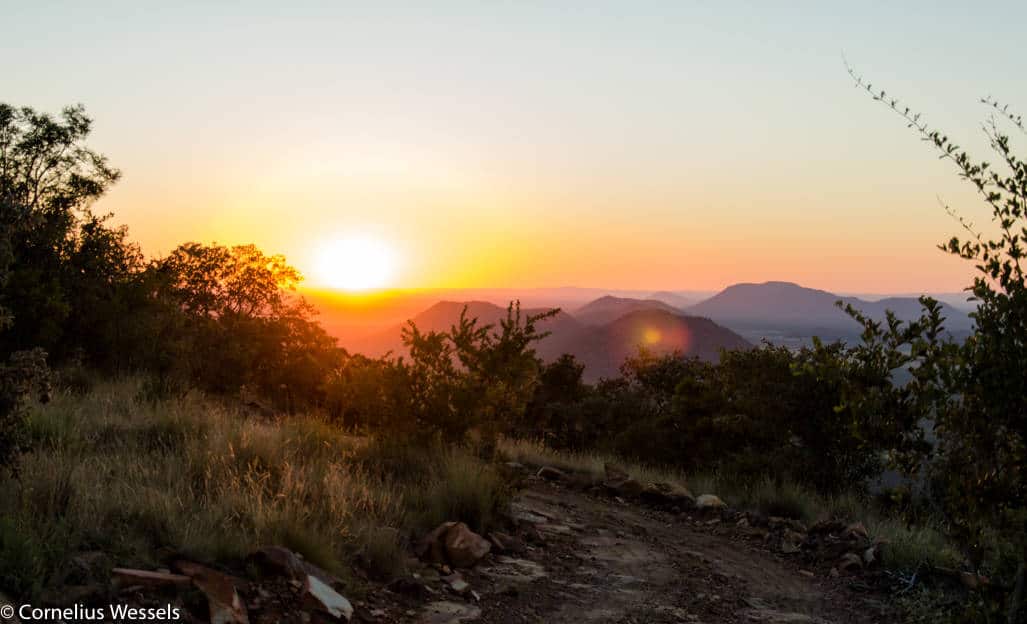 With the lodge being closed for some time we had less time for game drives but in the shorter time we had some of our best sightings. 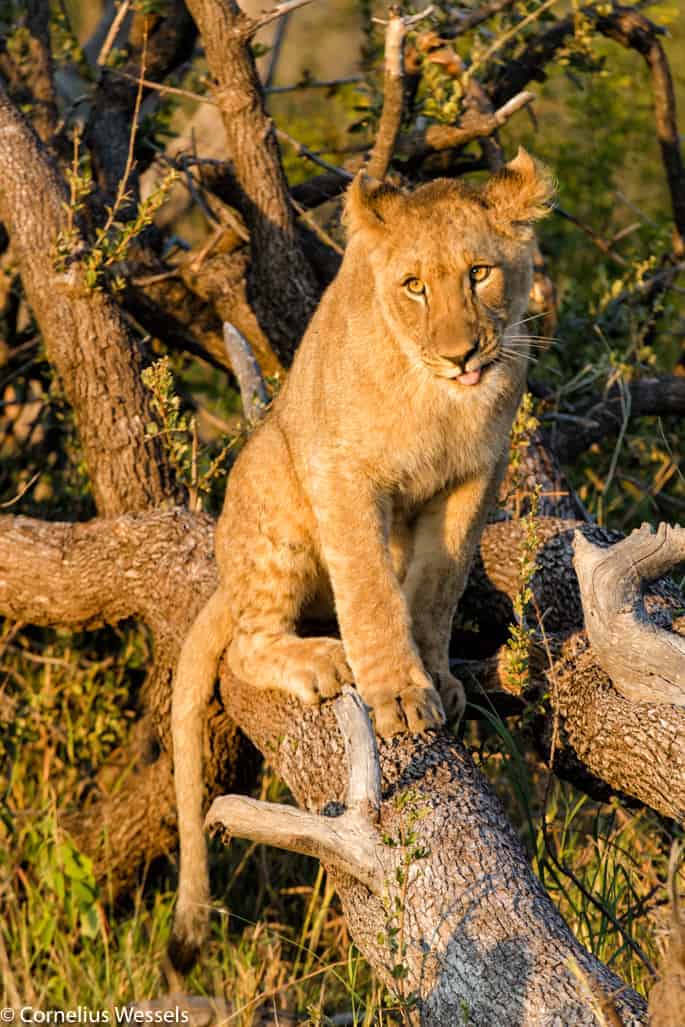 The lion pride from the south of the reserve was very illusive and we only saw them a couple of times.  The main reason being that two males are pushing into their territory from the east, so the females are moving around to keep the youngsters safe.

Some sad news though, the Bafefo male lion was found dead in the northern territory.  He sustained injuries from fighting with the lions from the north. 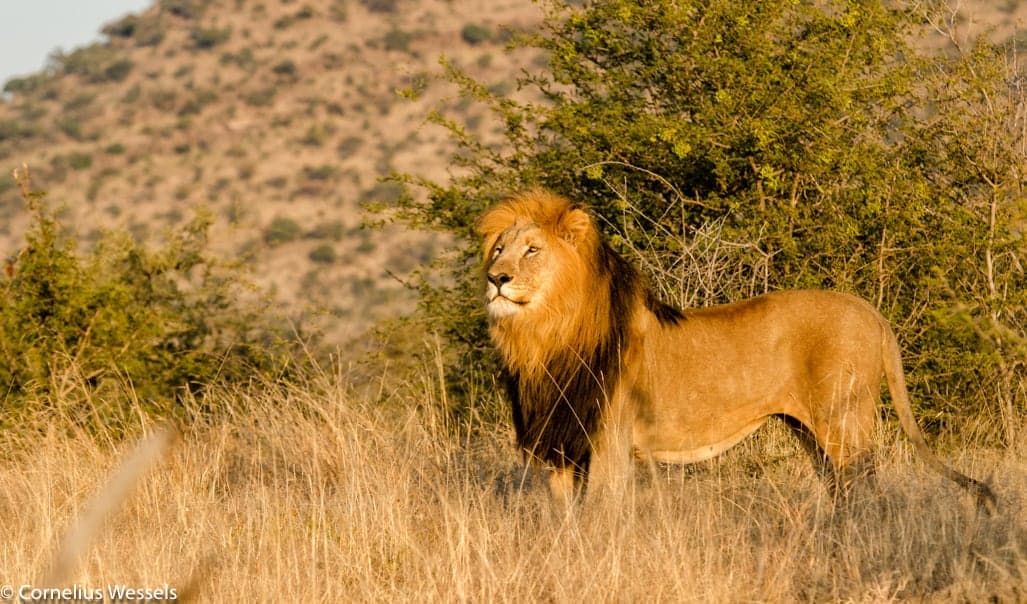 The two Chimbro brothers are still in control of the south west of the park.

Most of our lion sightings happened in the north of the reserve with the female and her four, four month old cubs. 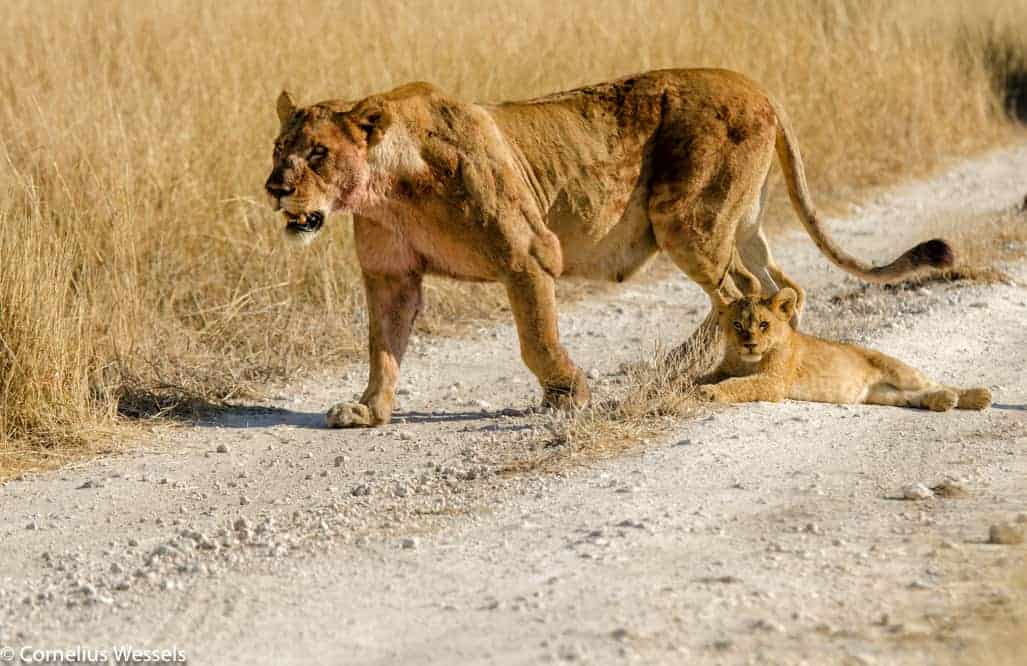 We followed her the one morning just as she picked up the cubs returning from a hunt.  We knew she has been successful with the blood all over her.  She needed to motivate the cubs every now and then to keep moving. 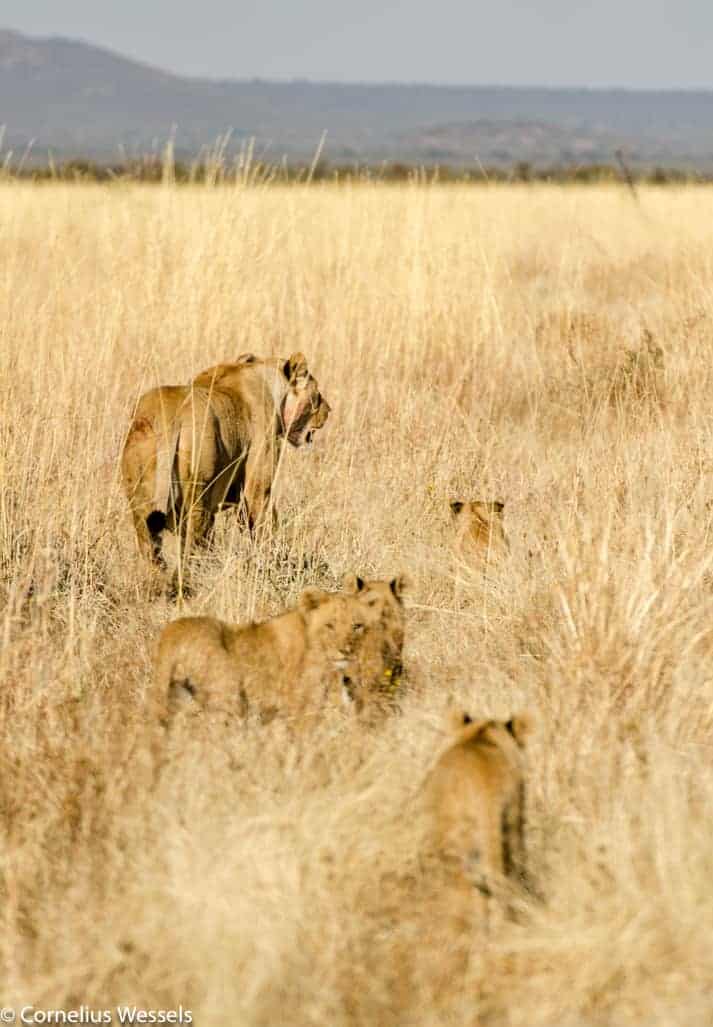 It was more than 6 kilometres before they reached the carcass.  The female moved more than 18 kilometres from where she left the cubs to go and hunt, fetch the cubs and back to the zebra kill.

Cats were plentiful this month. 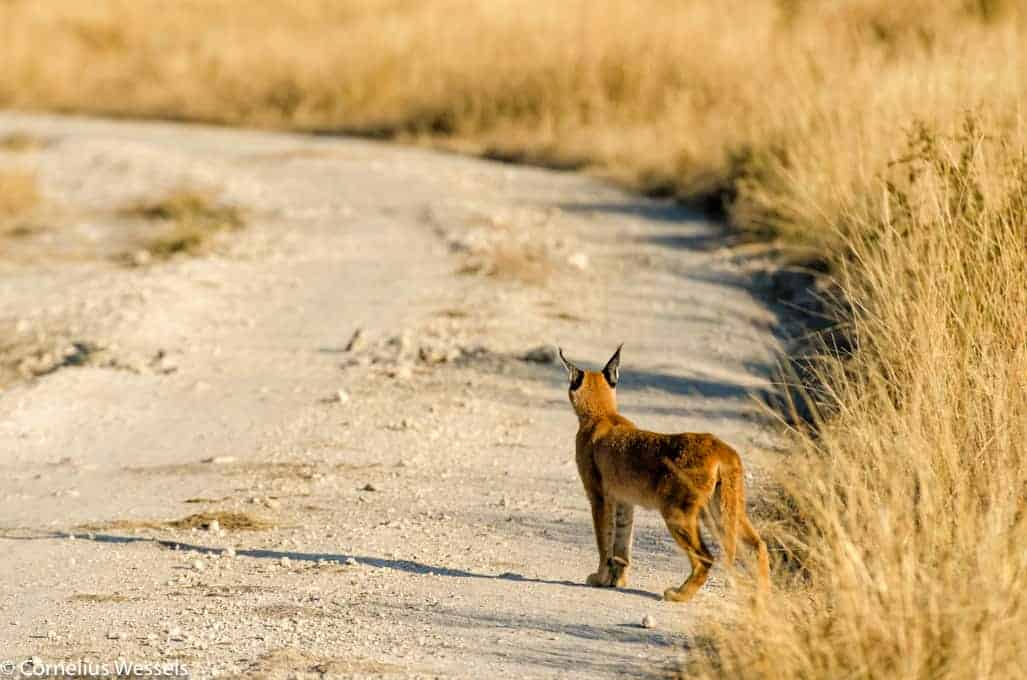 It was the first time in many months since I saw a Caracal.  This was a super relaxed female that was hunting around our vehicles. We stayed with her for more than an hour. 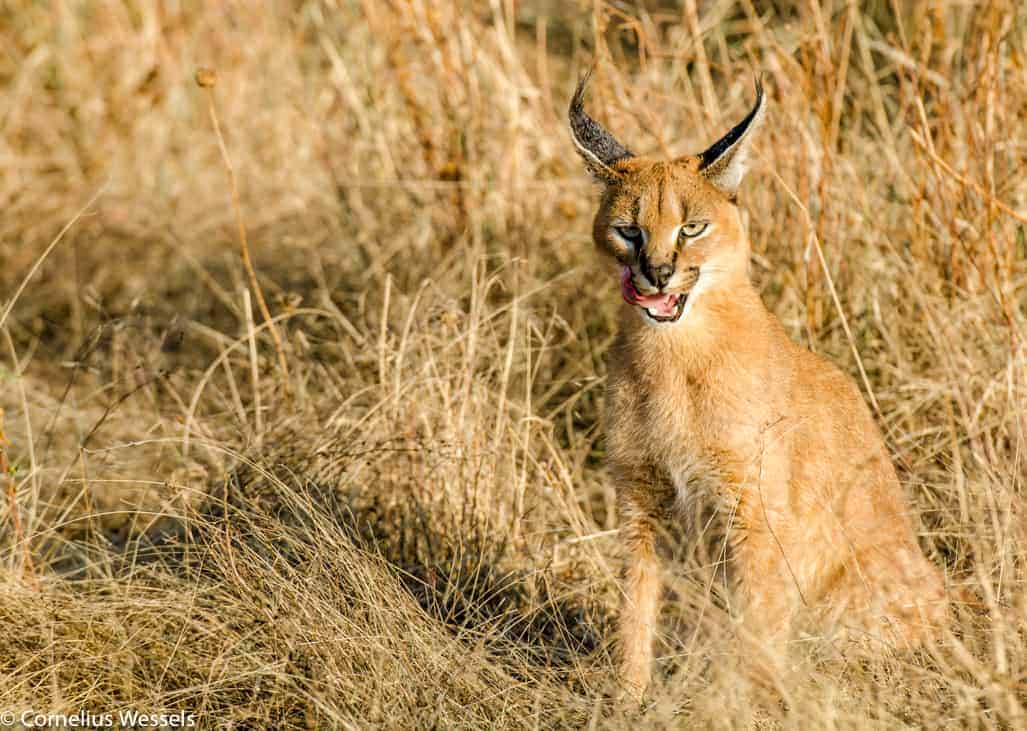 She stalked and killed two mice in that time and missed a bird with incredible jumping manoeuvres. 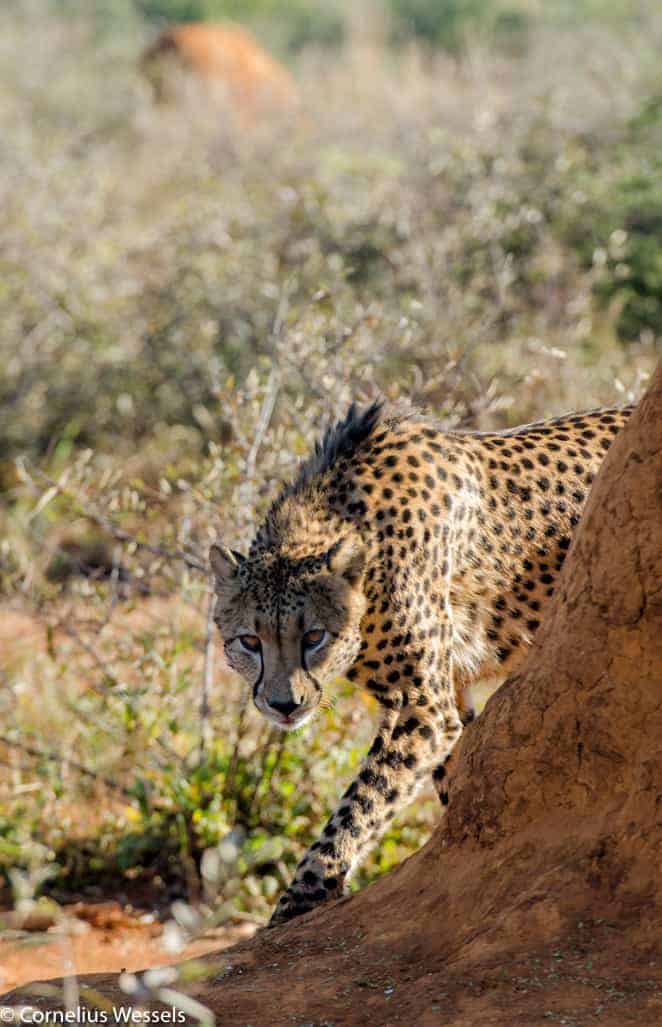 The male cheetahs have made their appearance a few times.  As always with a full moon, they surprised us with the unbelievable distances they can cover.  We would see them in the south and the next morning the same two males would be found in the north. 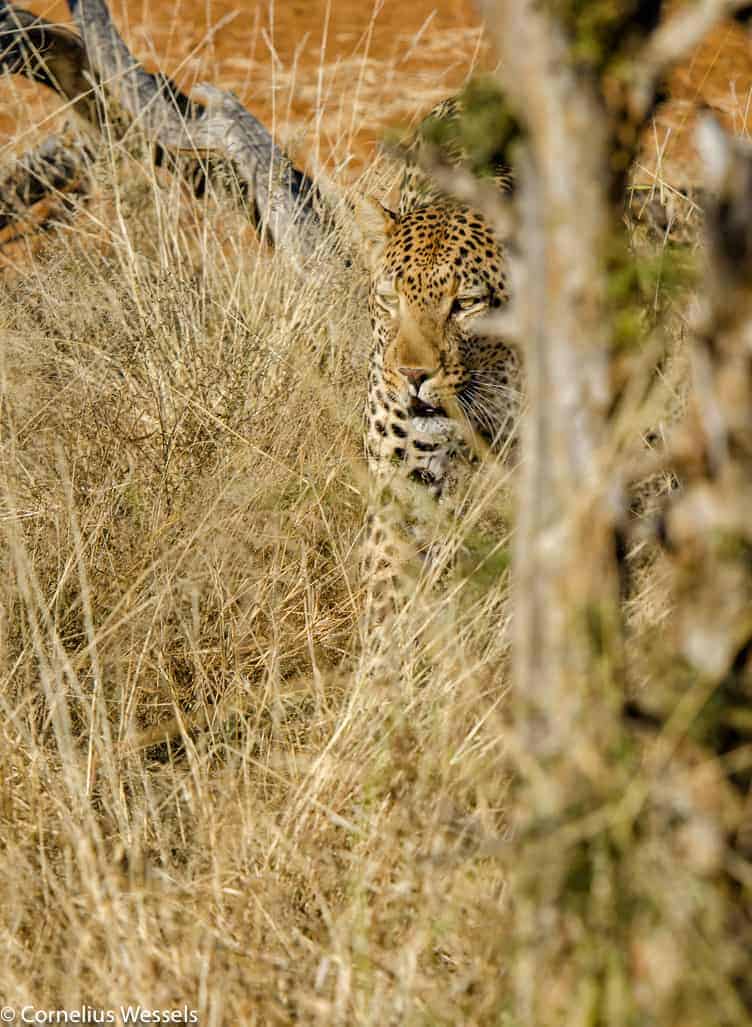 We love our leopard sightings, however we struggle for quite some time to relocate our favourite leopard. Somehow he ended up in the north west of the park. 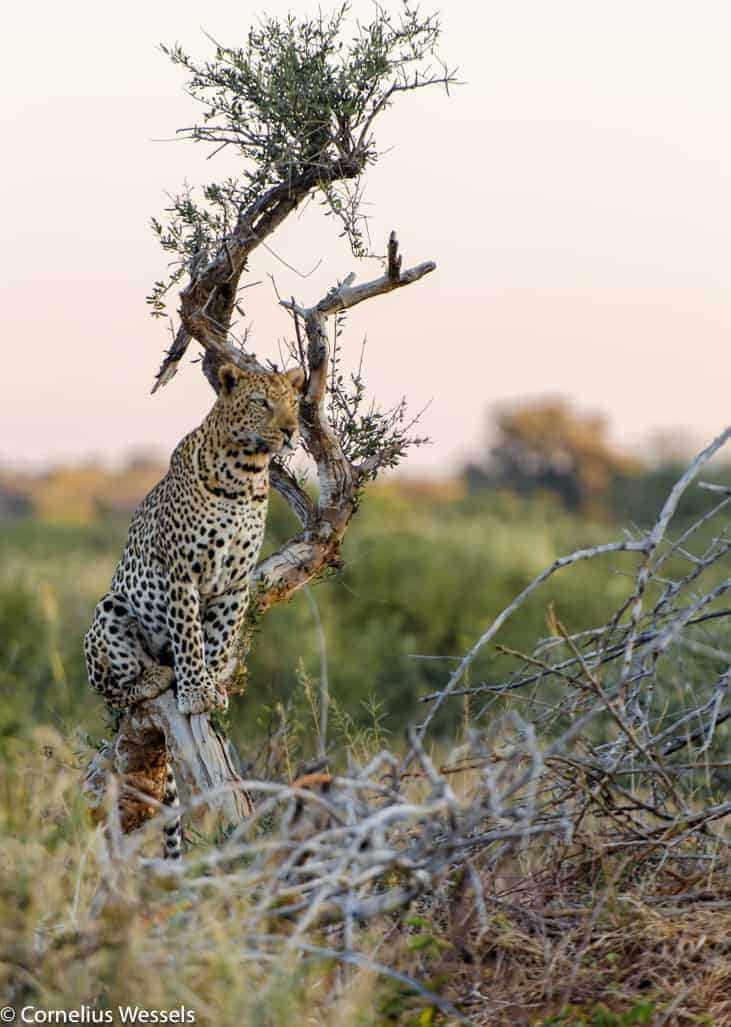 We were worried that he was gone for good from our side, however, a week later he was back in the south where I had one of my best sightings of him. 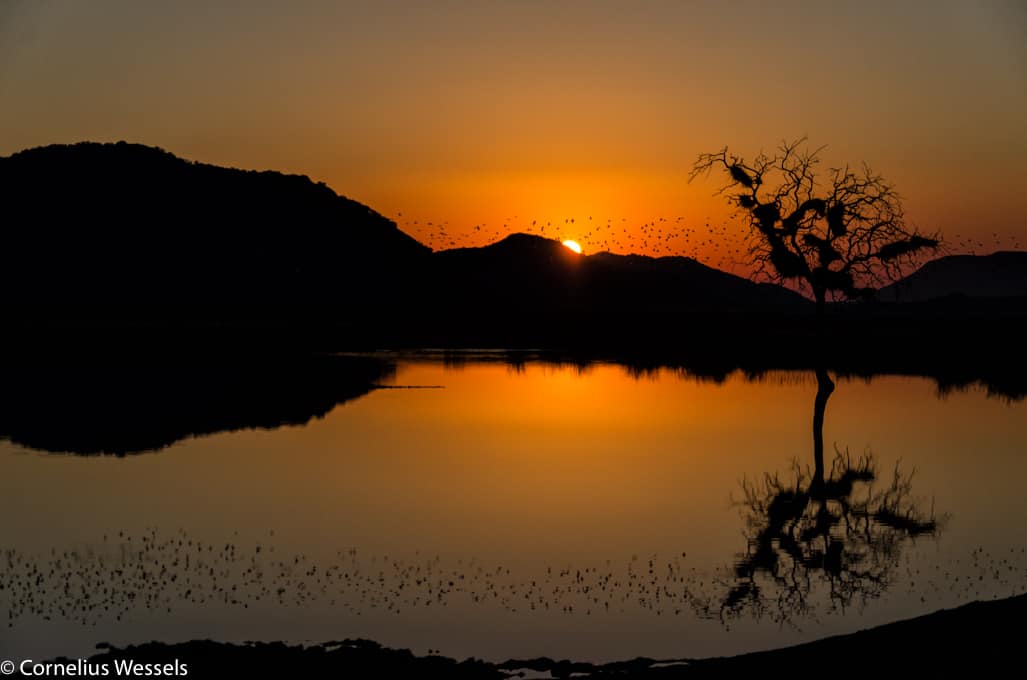 Winter sun rises and sun sets never disappoint us or our guest. With the vibrant colours and beautiful silhouette it was difficult not to be mezmerized by the beauty of Africa. 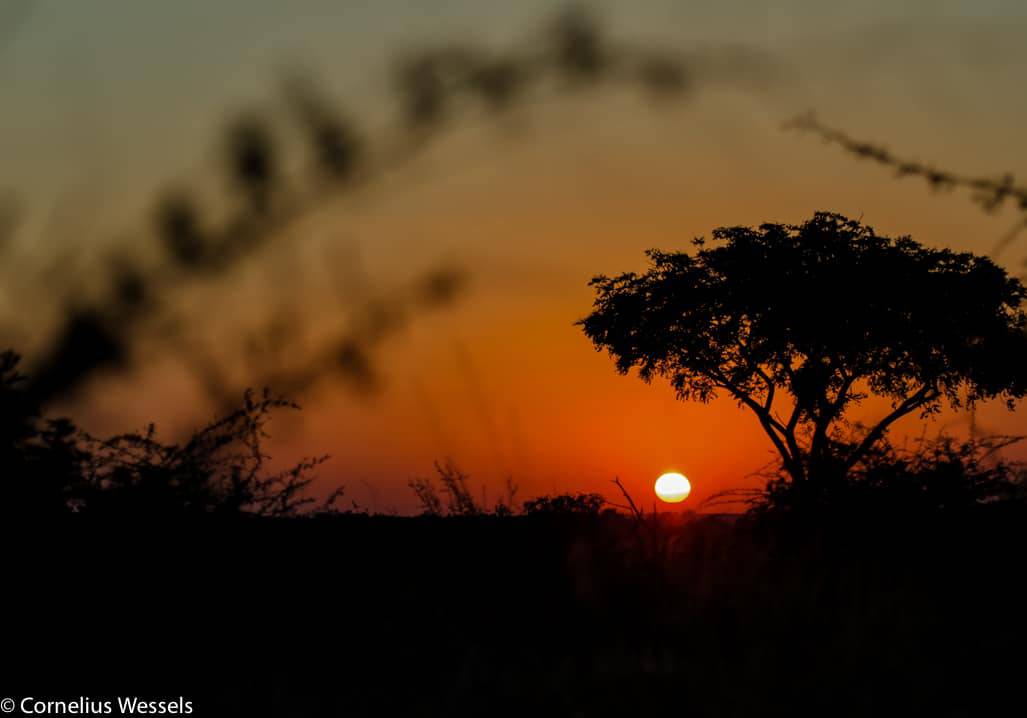 We really had spectacular views from dawn till dusk. The waterholes are holding their water incredibly well and with the warm afternoon sun these spots are produced very spacial sightings.

Come for a visit, a return or a double return and experience all of this and more with us!!!