A good day to all of Tuningi and Madikwe fans out there.

It is very chilly out in Madikwe at the moment with cold fronts seemingly rolling in and out weekly. We hope that at the time of reading this you are very comfy and warm. If you are coming to Tuningi in the coming months we urge you to bring enough and proper warm clothes with as the morning and evening game drives can get very cold. So with all the proper warning out of the way lets get to the animals.

This month I am doing a little something different. I will be giving you all a proper update on most of the Lions in Madikwe. The different prides and how they fit in with the male coalitions and some of the changes that has happened in recent times and how it effects the dynamics in certain prides. 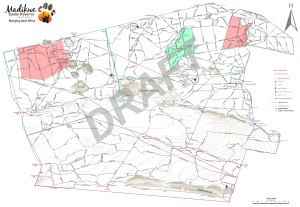 In the map above there are color outlines that represent the male Lion coalitions in the park.

The Red outlined area are the territory of the Chimbro and Befefo males. This is the area we operate in mostly. These three males have recently taken this area over from the Kwandwe males. The Kwandwe males are the Blue outlined area. They have since moved north. The pride of females with the Chimbro and Befefo males are the Mica and Jamala females. They are four females with two cubs. They use to have two Matlapa females with them but they moves north since they have three cubs with the Kwandwe males. We are still unsure what will happen in the future regarding this pride since the Matlapa females are the Mica females daughters and might want to rejoin. Interesting times ahead for this pride. 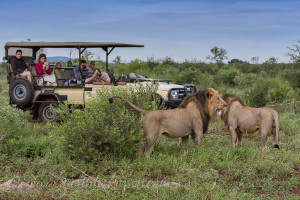 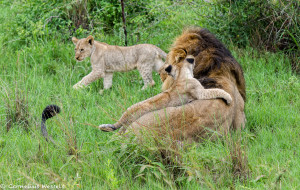 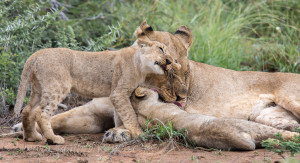 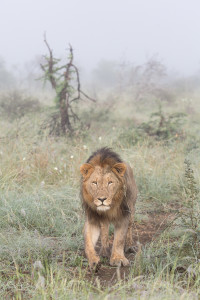 The Kwandwes, Blue block,  have been pushed north and have moved on fairly peacefully. They have the Sebaba Bolakega pride in that area. They are three females and their two year old sons, the Kabo males, have been chased out to be nomadic. They have been seen around the south western corner of the park over the past week. They have no cubs at the moment but the Kwandwe males have mated with two of the females. 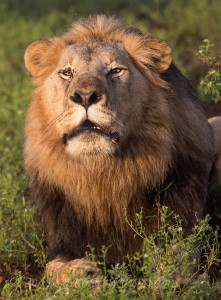 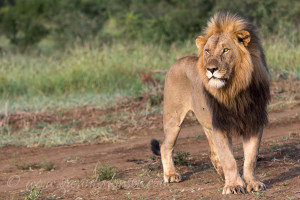 The Purple block belongs to the Modimo males. They are still young males but are making a name for themselves. The refuse to back off from a fight and will do anything to keep their small peace of the park. They have the Kwena pride with them. They have four females and two young boys in the pride. They are mostly in the purple block but have been seen to wonder away and explore. They are a pretty stable pride and we expect them to be dominant in there area for quite some time. 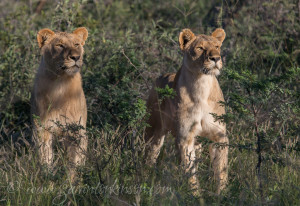 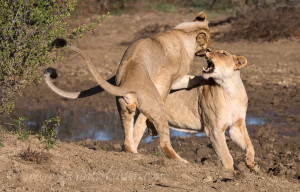 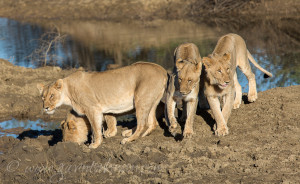 The Green block is where all the action have been of late. Many of you that have been to Tuningi before would remember the Naledi male, The Troll as we affectionately call him. He was nomadic for a few years after being kicked out of his area by the Kwandwe males and basically left to die.On many occations we thought “this time is the last time we will see him” and then he always came back stronger. He eventually met up with a younger male called Munamogoeloe. They formed a coalition and moved east. They came into contact with the Linyalo males that was dominant in the green block. The old man with his young backup won the fight and the Linyalo males ran for the hills. They are still spotted in the area from time to time but they are staying clear from trouble. The female pride is the Kitemetsi and Matata pride. Also four females with two sub adults. Kitemetsi is the oldest female in the park at 15 years old. We saw the Naledi a couple of days ago and he is looking in bad shape again. Once again we said this will be the last time. Only time will tell. 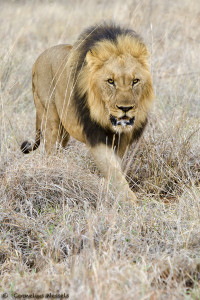 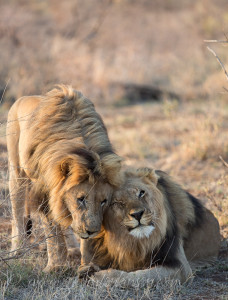 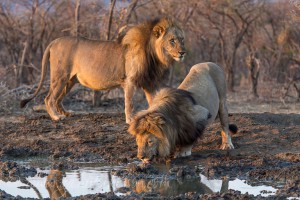 I hope you have enjoined all the Lion information. All the best and till we see again, farewell.

Kind Regards Jacques and the T-Team