By Tuningi Safari Lodge on September 1, 2017

To drive before sunrise and after sunset has paid off massively the past month.

Every day the sun is rising earlier and setting later, so, we changed our game drive times accordingly. So, the wake-up calls are slightly earlier and we are out on drive a bit later.

The landscape has changed a sicnificantly the past month.  Most trees only started lost their leaves recently and in some areas the grass is still very tall. The August winds are here in full force making some days a bit uncomfortable with the dust all around, however the very next day we have beautiful clear skies.

With the strong winds, our tracking skills were tested as the tracks disappeared in front of your eyes. But, we succeeded at the end. 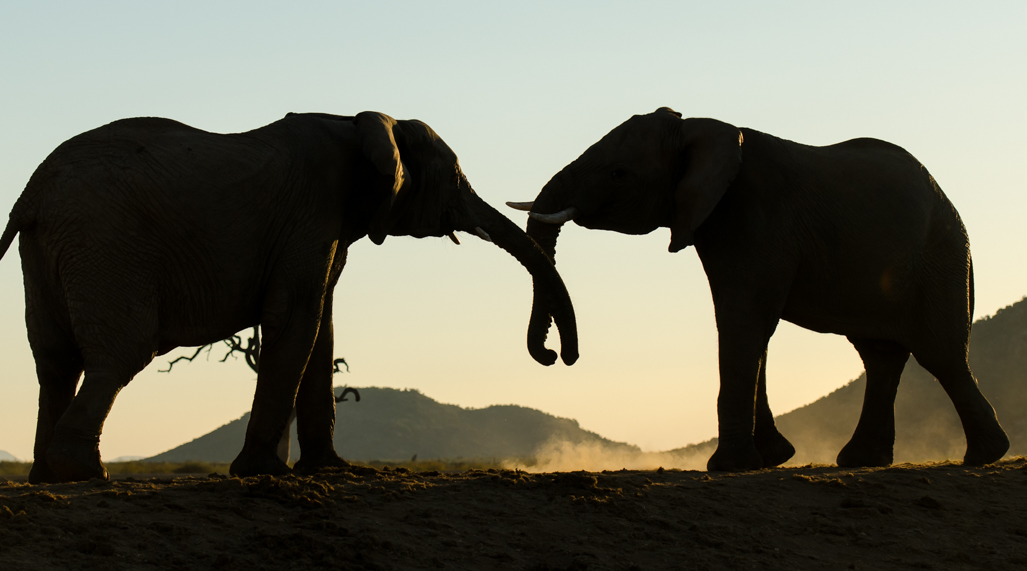 The past few weeks was, for me, a very rewarding time with the verity of sightings we had. 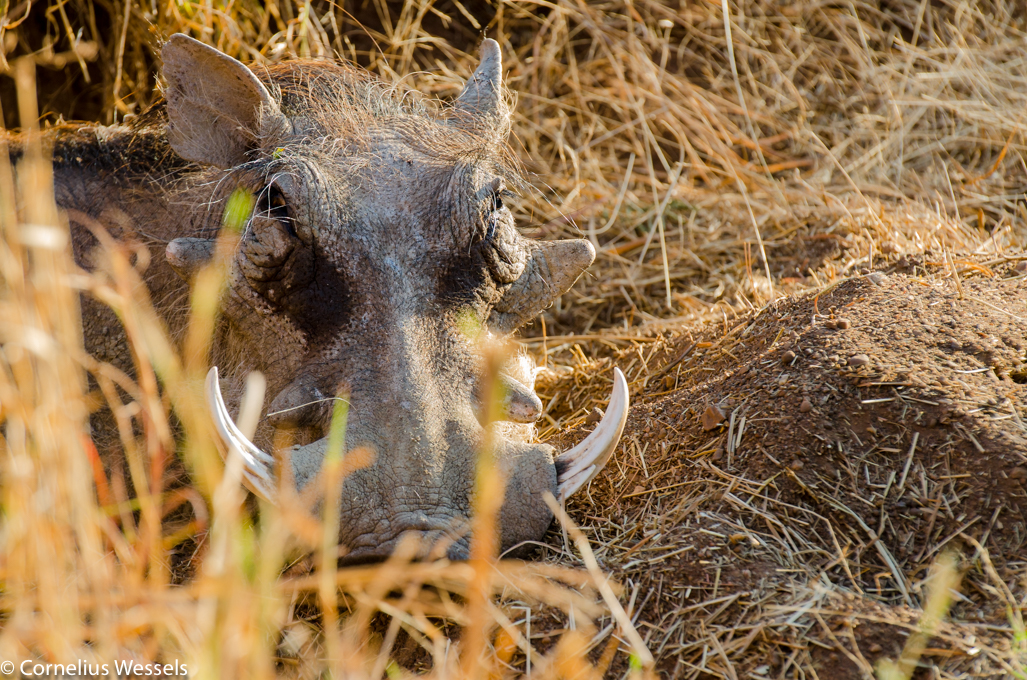 The Jamala lioness have four new cubs of about 2 and a half months old.  She is hiding them very well and protecting them rather aggressively.  She does not even want the vehicles get too close and warn us when we are close enough. 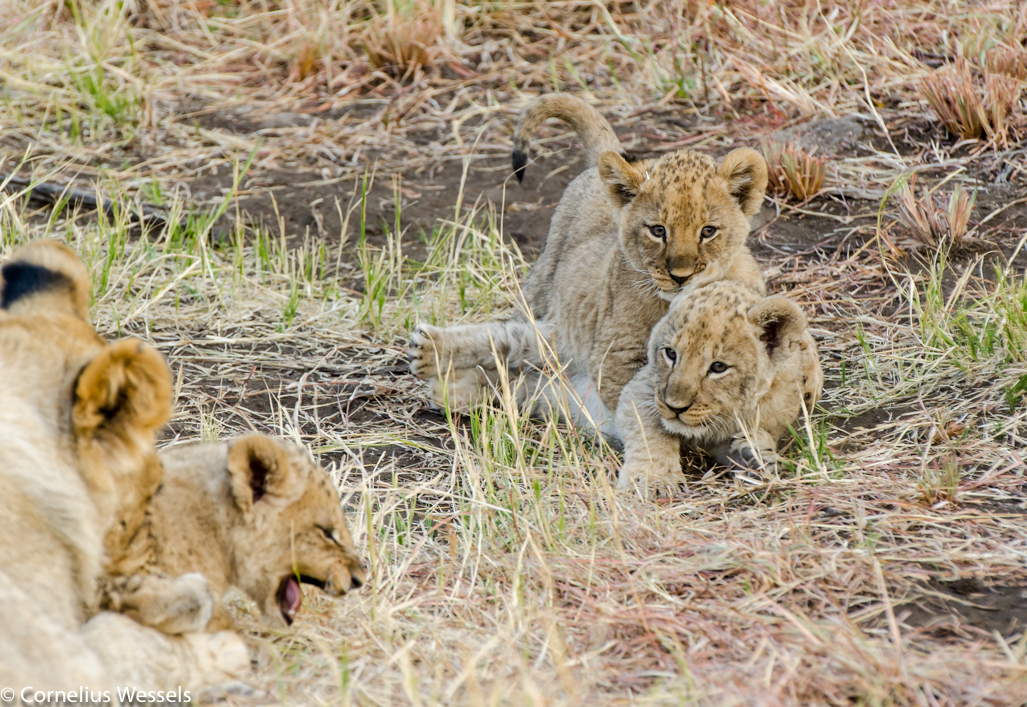 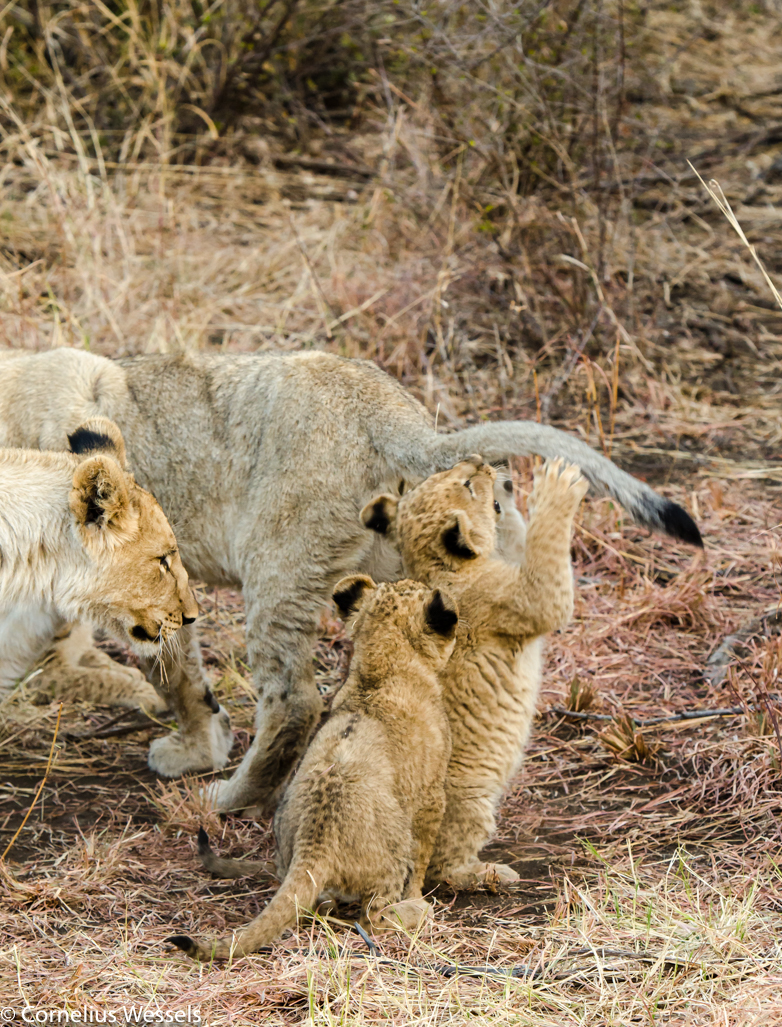 We saw them one day without her presence, when their older siblings lured them out of their hiding spot and played with their new family members. 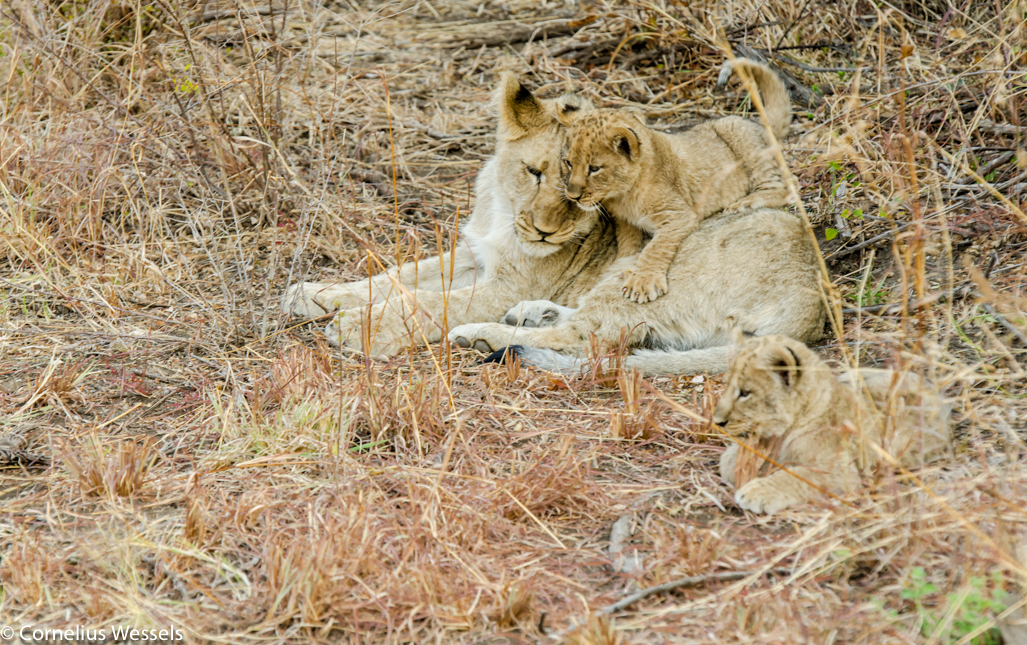 Luckily we were gone by the time their mom came back.  I am sure a few growls and claws were lashed out at the older youngsters. 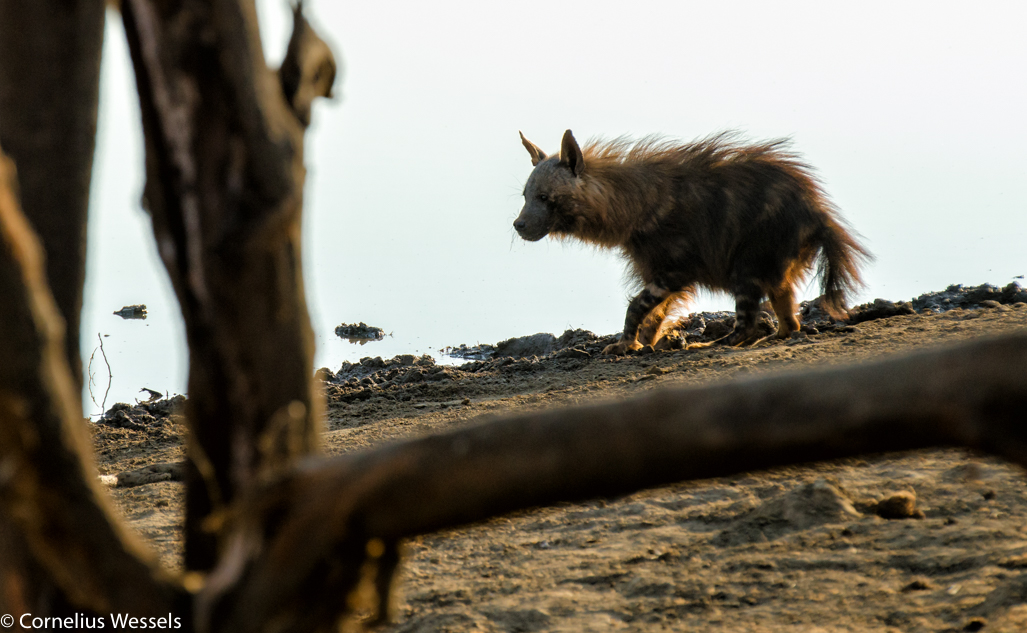 All the waterholes that still have water are full of activity. The waterhole at the lodge are busy on a daily basis with a variety of general game but also big herds of elephants enjoying a mud bath and a drink. 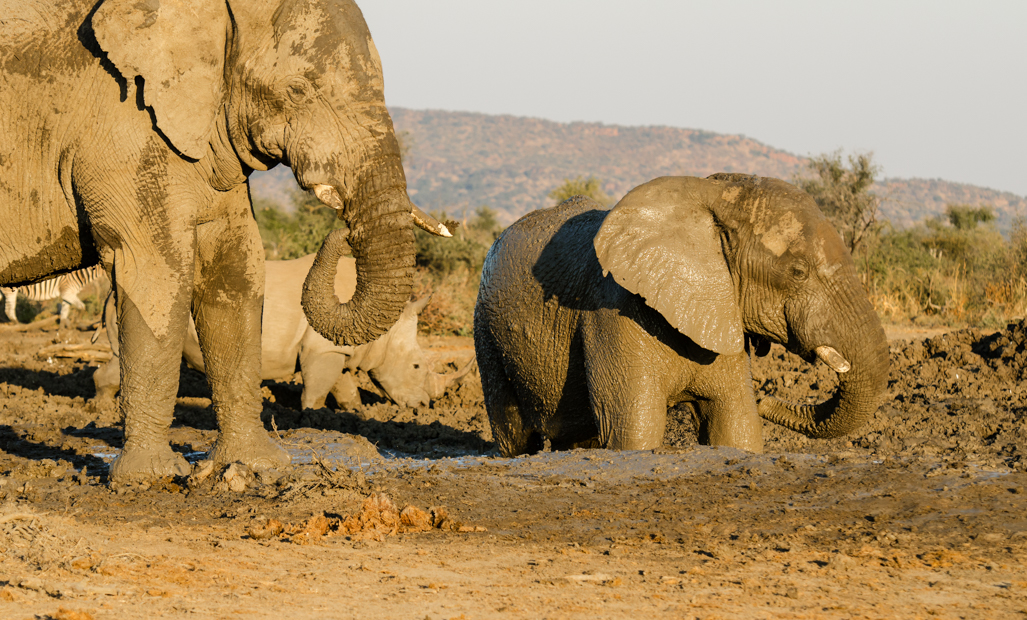 We saw both the coalitions of male cheetahs a few times in the north and south of Madikwe.

On one particular morning we went looking for them in the north western part of the park. After a while without any tracks to follow and the odd crow sitting without any indication of a kill around it was time for us to stop for morning coffee. 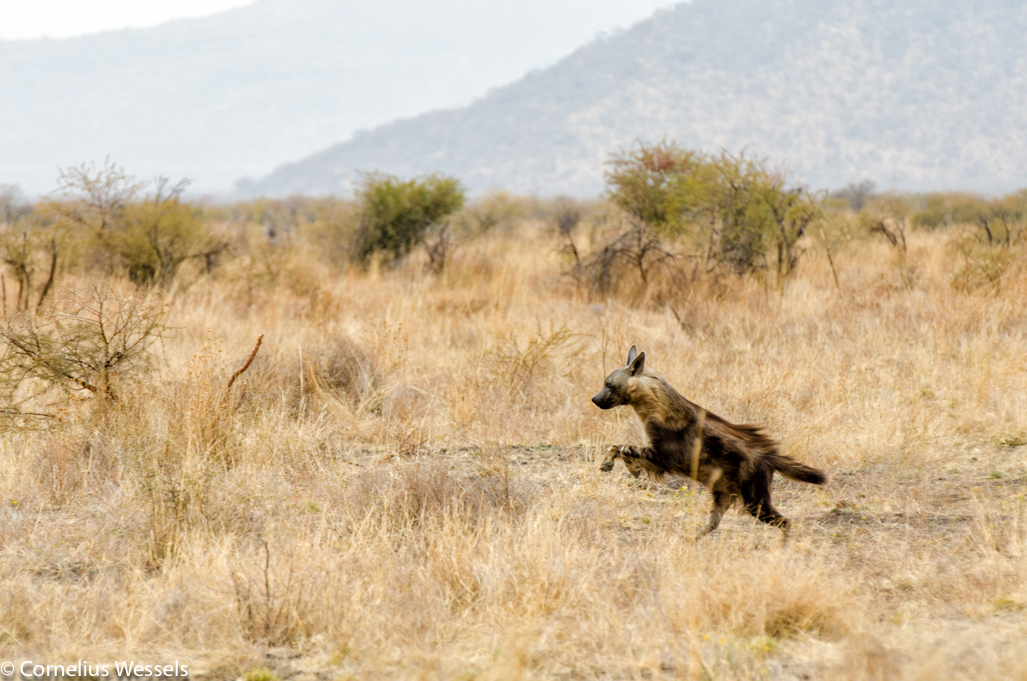 As I was about to stop, I saw a very excited Brown Hyena, and then a couple of Jackal. All of a sudden, hell broke loose behind a tree close by, when the Cheetahs defended their fresh kill from the hyena. They jumped and hissed at the hyena, saving their kill. 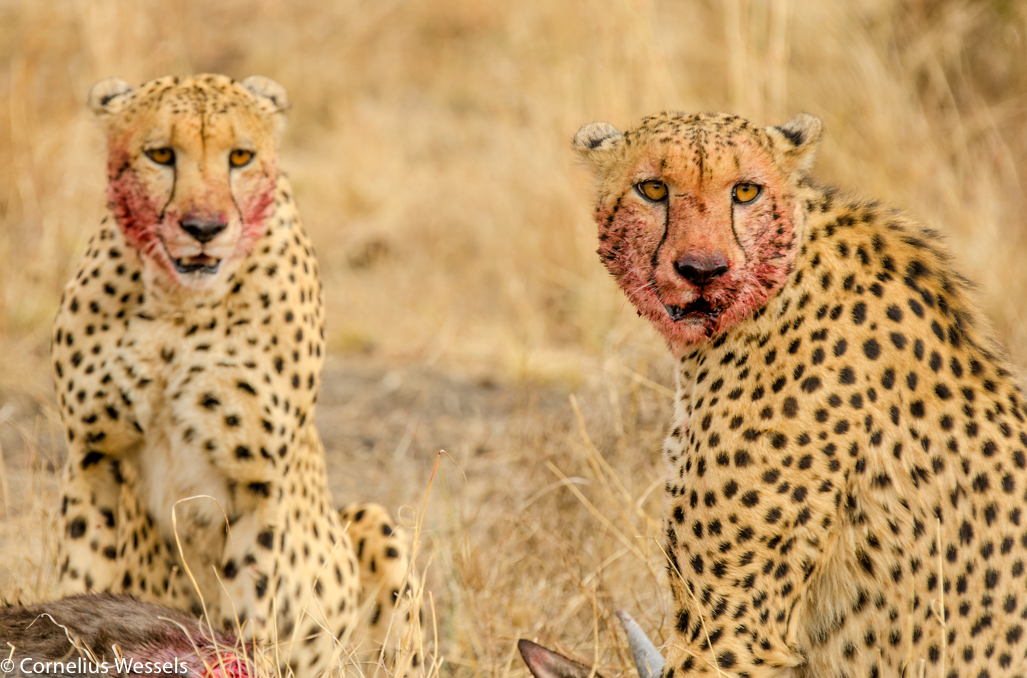 The hyena knew he would not stand a chance and left them to eat. He was still in the area as cheetahs will certianly leave something for the scavengers.

The young Hyenas at the den entertained us a lot the past month.  The younger one of the three has started to change color, looking more like a spotted hyena and less like a bear cub. 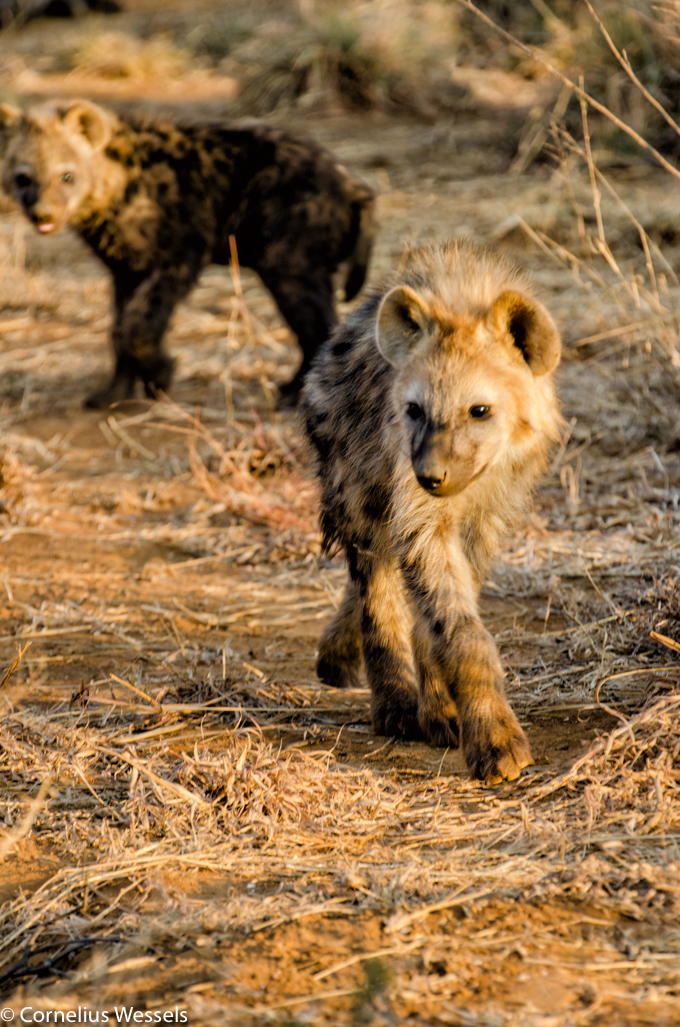 With warmer, longer days, come visit us and experience all of this and more with us.