We have had a wonderful month out in the African bush. We hope everyone who stayed with us in August had a great time, may you be back soon. It’s been very warm for August and the winds have been kid to us. There has been the occasional cold front but nothing to write home about. September looks like it’s going to be nice and warm but it’s advised to still bring layers as we are bound to be surprised by at least one last cold front.

The Buffalo have been doing well after the resent TB testing and they have relaxed again with the vehicles. We were disputing long and hard on how many there were in this, the kids decided 200 so we went with it. They might seem like big cows, but to us they have so much character. Their nick name is not Black Death for nothing… 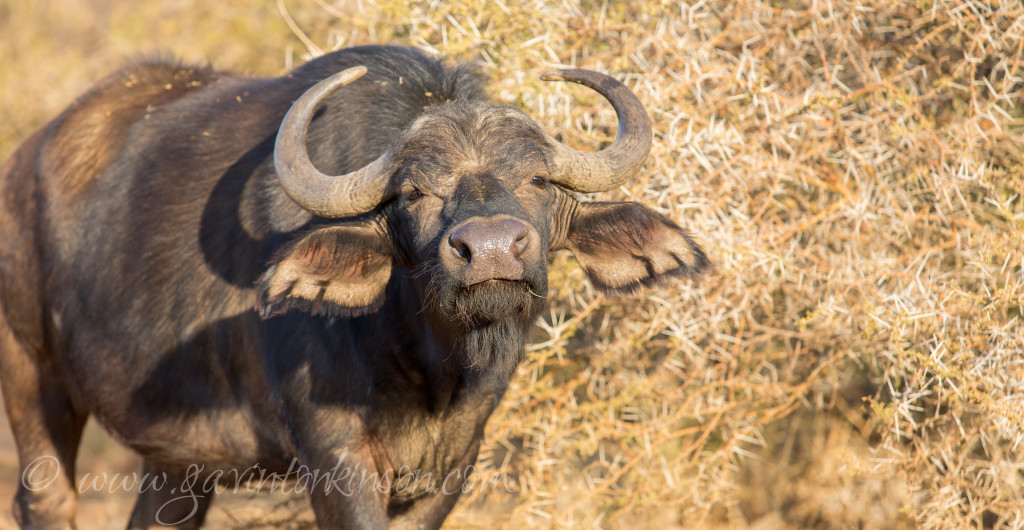 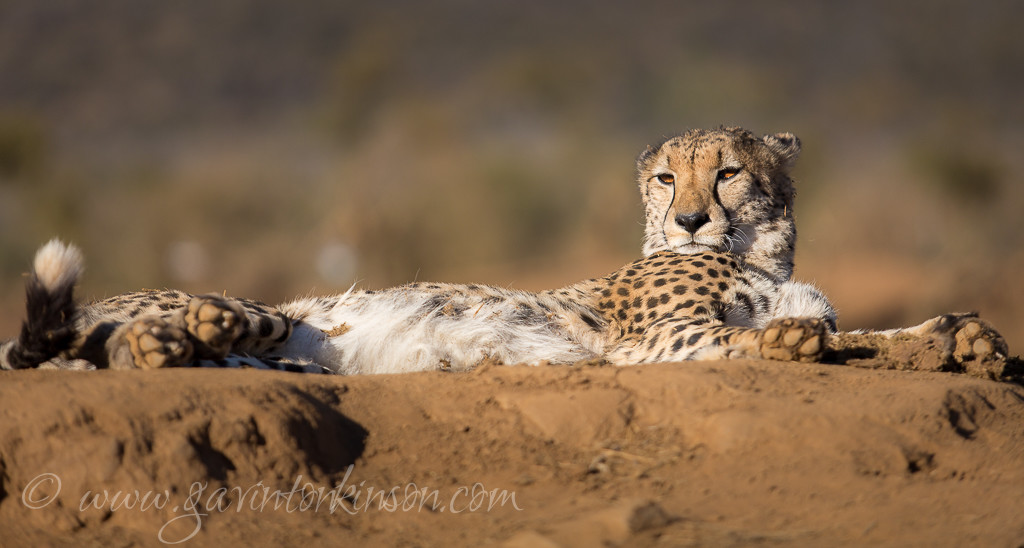 We have seen the Cheetahs a few times and they are looking healthy and as beautiful as ever. From all the talk around the park, we gather that all six of them are still healthy and doing well. The female did decide one morning that she had enough of the boys and left  Madikwe. After a morning of running around the Park Management managed to locate her and bring her back safely. 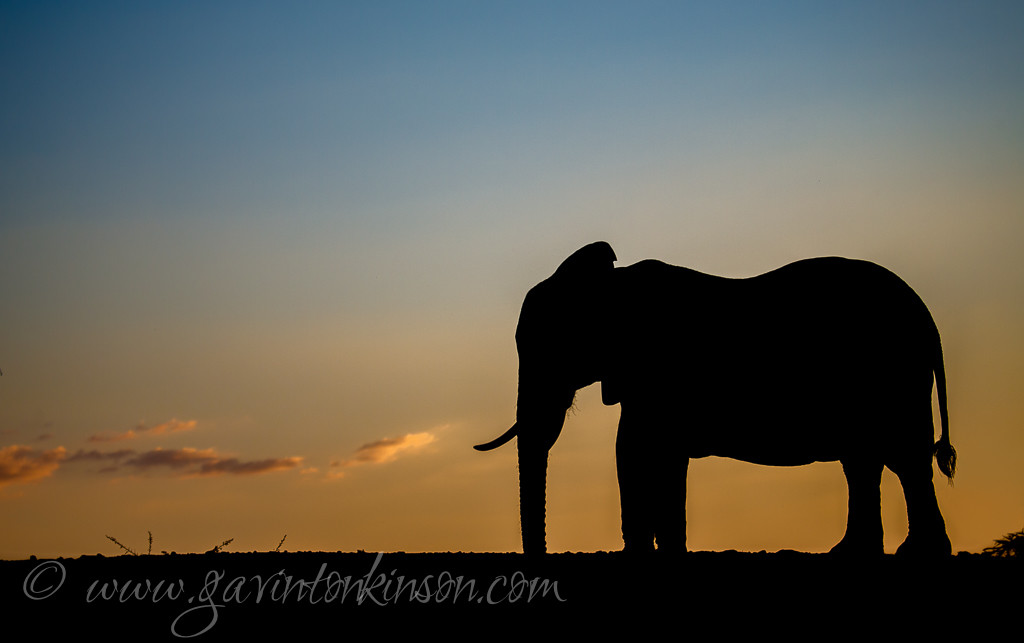 The Elephants ate to be seen everywhere. This afternoon was just magical and we had to share it with you. The setting sun accompanied with very busy Elephants around Thlou dam made for wonderful viewing. 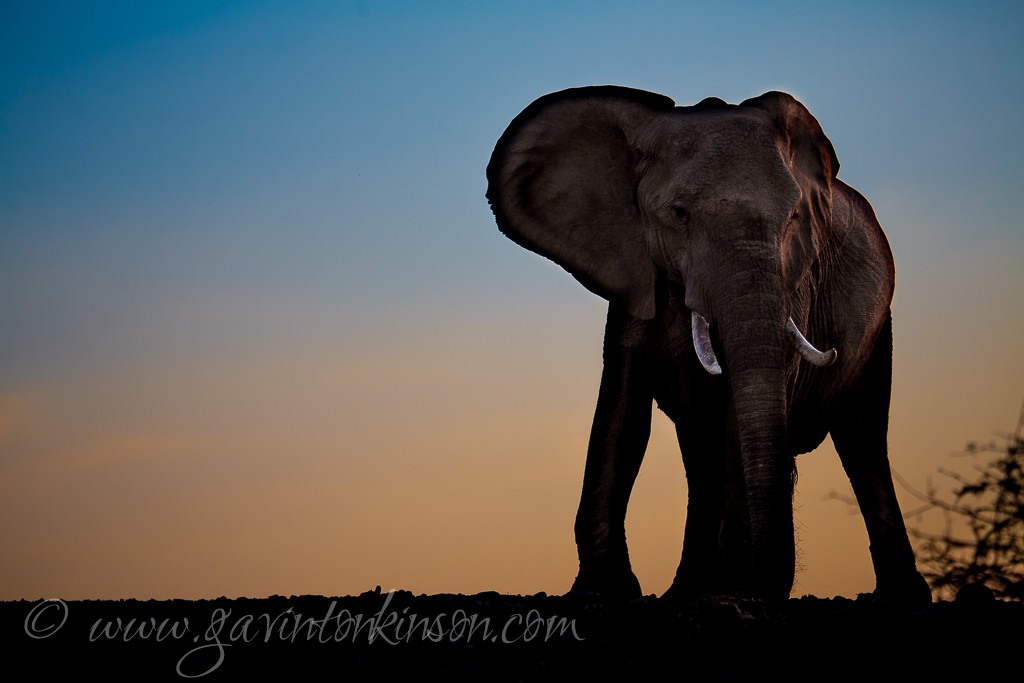 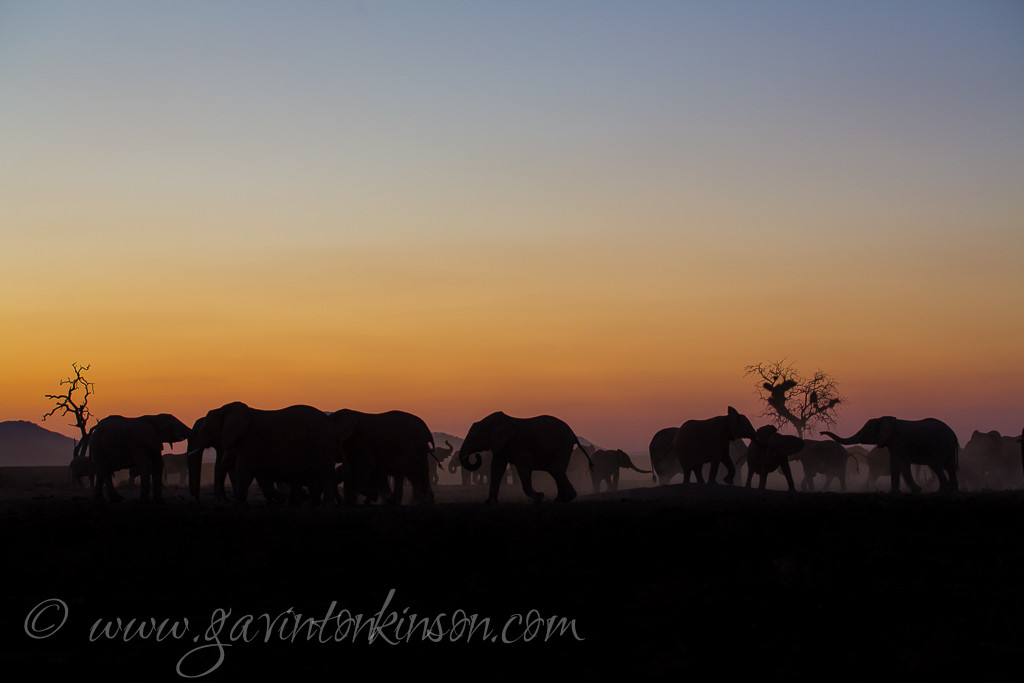 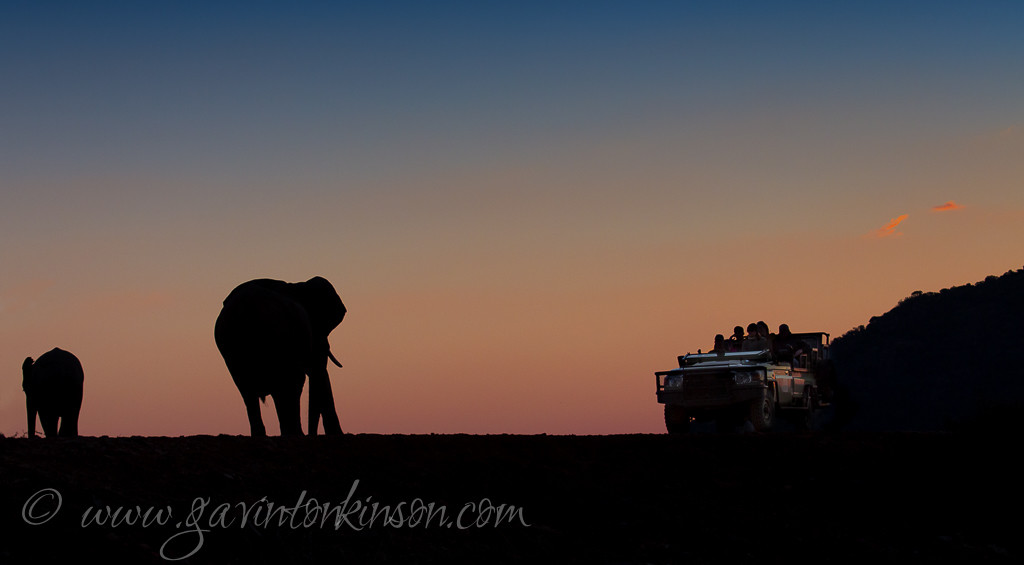 This month has been particularly good for Leopard viewing as Tsala and Munye came out to show them. 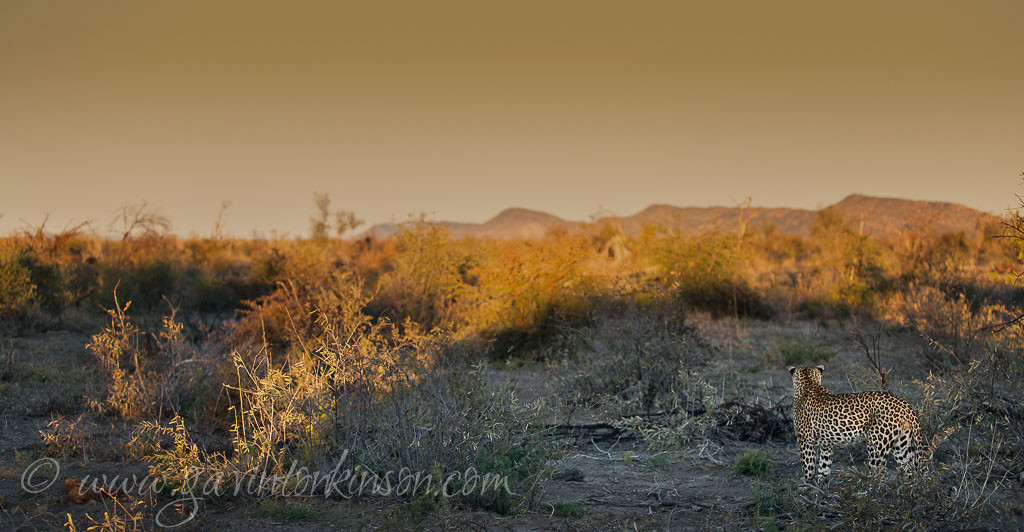 This was Munye on Ophir plains strolling around looking for something to eat. 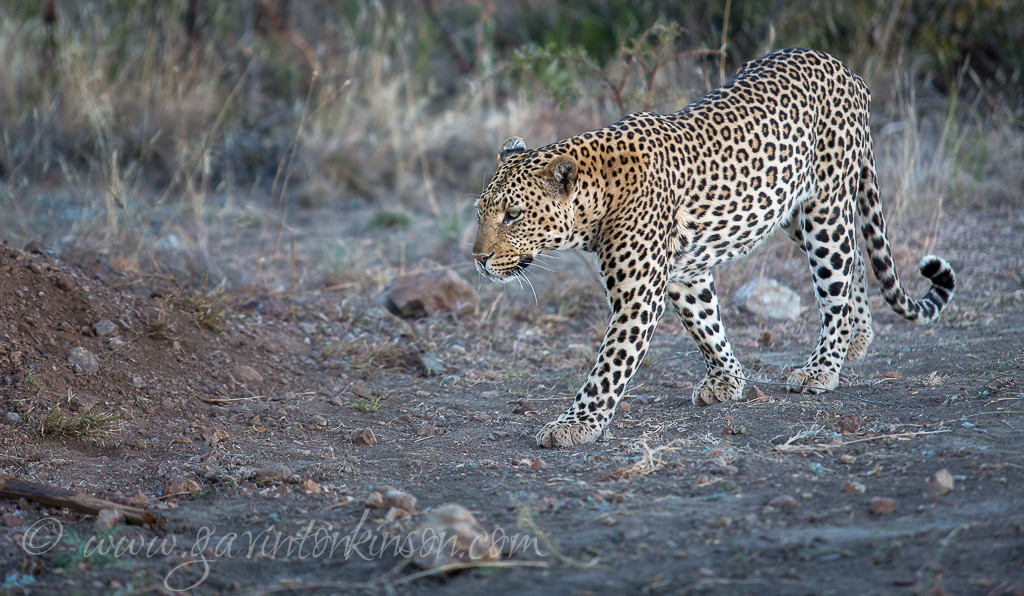 Tsala, on thr other hand, was already successful in hunting and was just lying around eating. The ultimate Leopard sighting.

She did move it around from time o time to get a better position on the meat. I haven’t seen Gavin so proud of his girlfriend in a long time, it is a very big Impala. 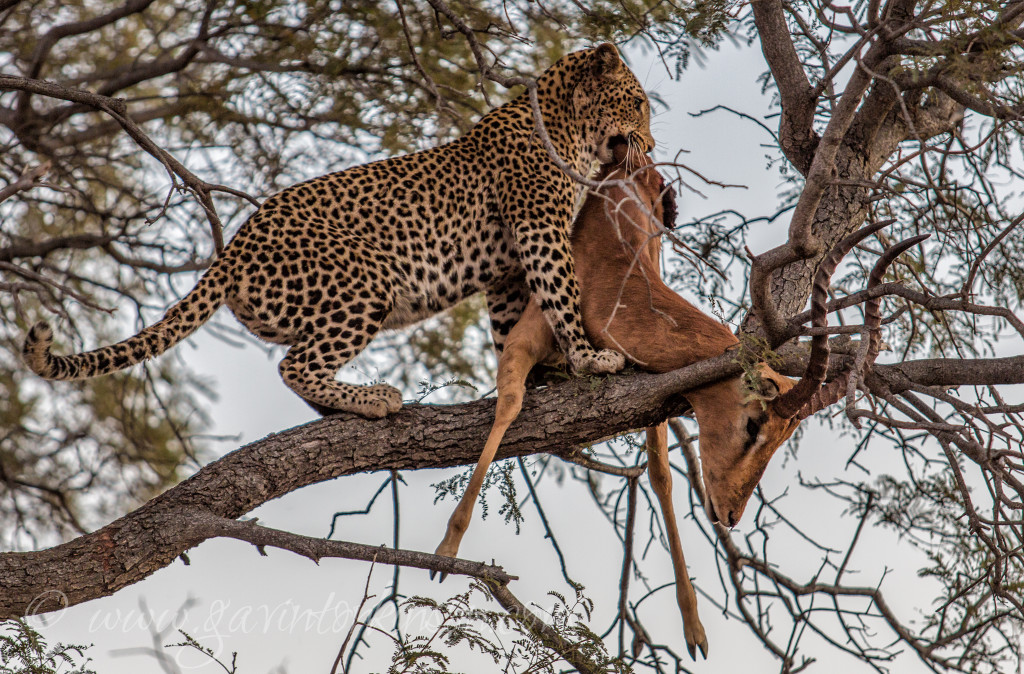 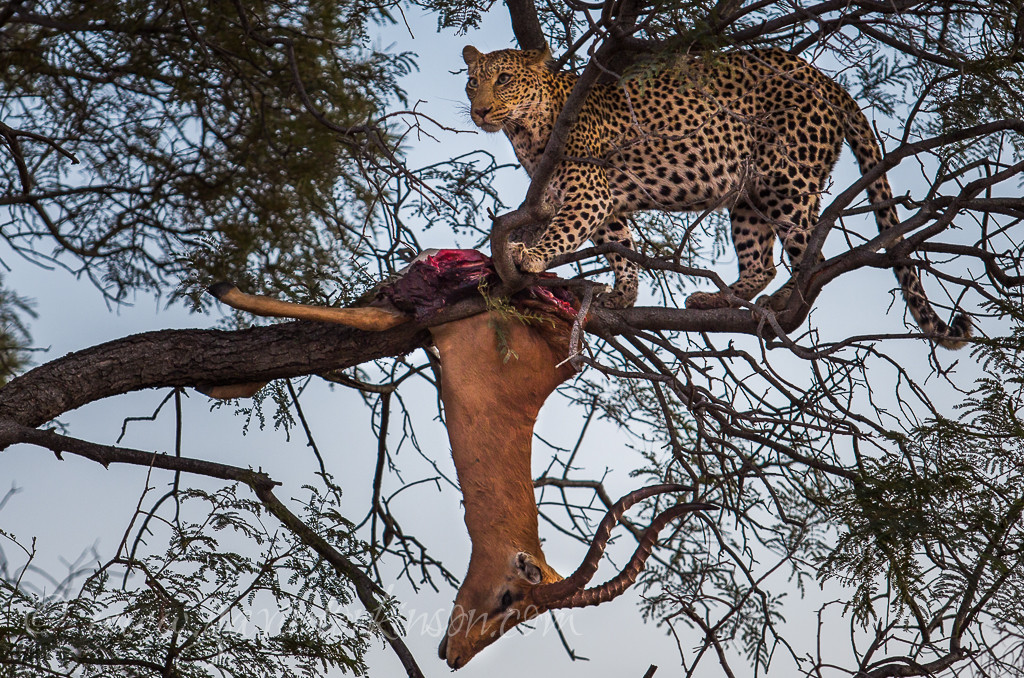 There is good and bad news on the Lion front. We have is discovered a brand spanking new cub, which looks like the Micas. We hope the little thing pulls through. We have not yet been able to get a photo of her, mommy keeps her well hidden. The rest of the pride though are eating well and thriving with the stability the Chimbro and Bafefo males have brought to the area. 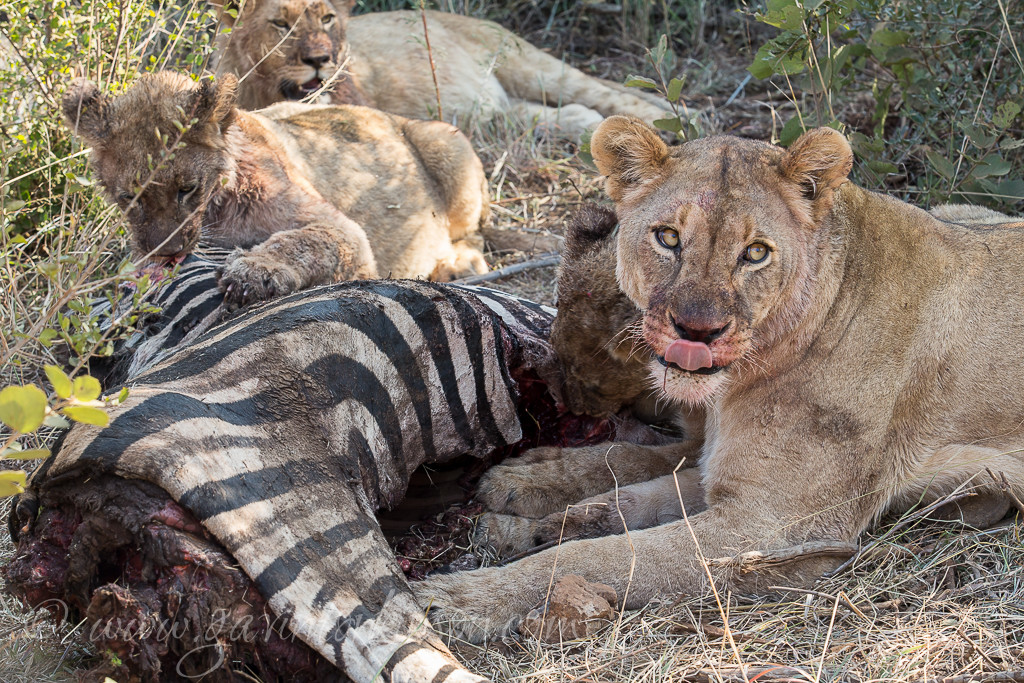 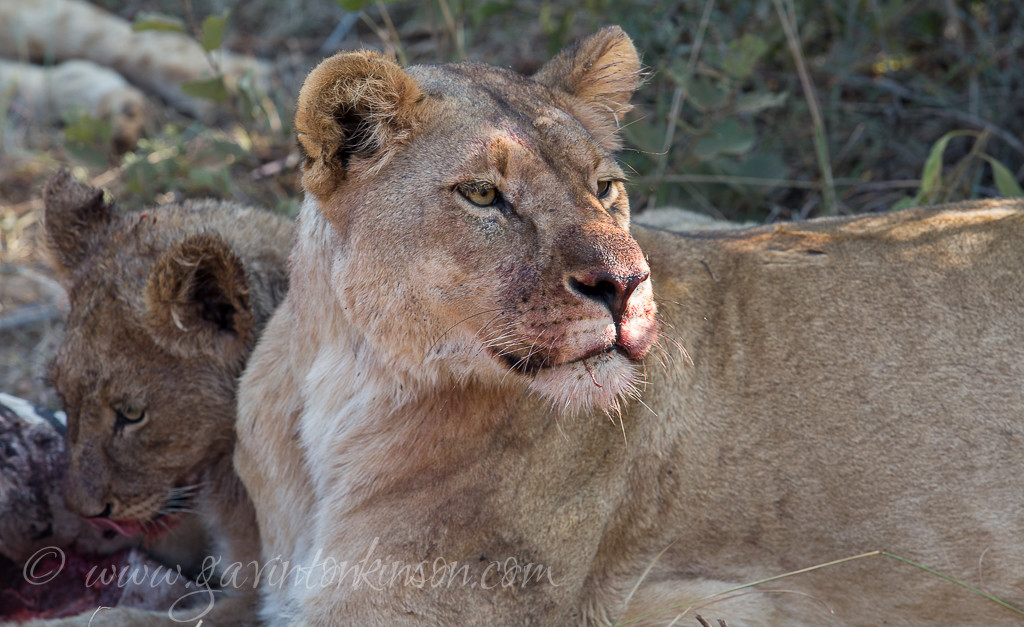 We might even see more cubs soon enough. This is what happens when the honeymoon ends… 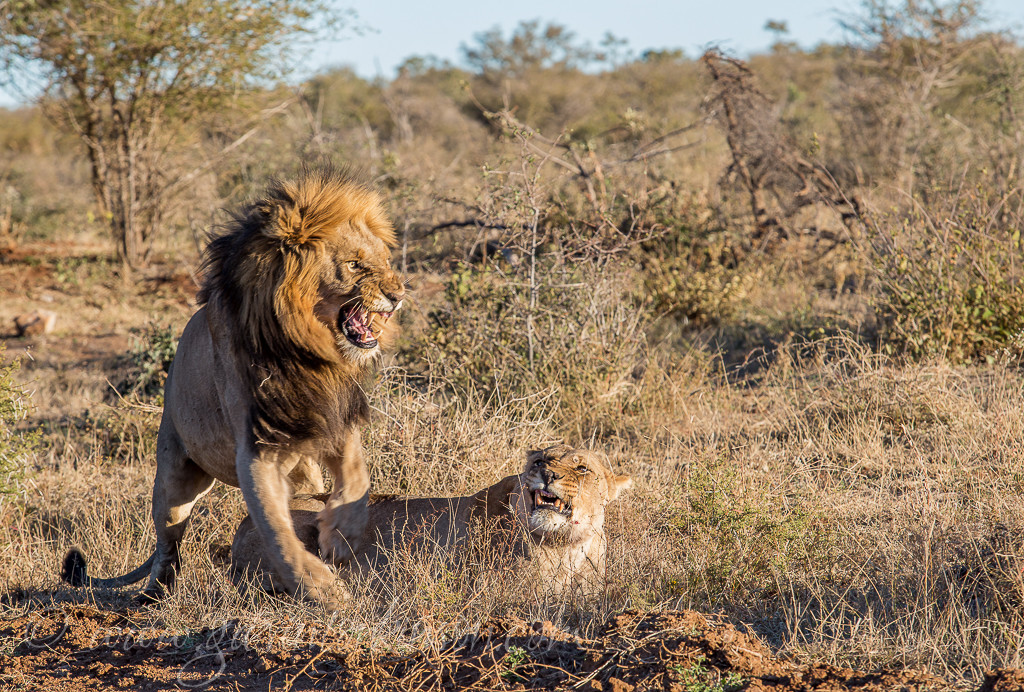 So for the bad news. We recently heard that one of the Kwandwe males have been killed in a territorial dispute with other males. The limping one is the one that has passed. The bigger male got away and has been sen moving around better and recovering from his injuries. This is unfortunately the fate of every male Lion, fight for every inch until you can’t fight no more. RIP Kwandwe. 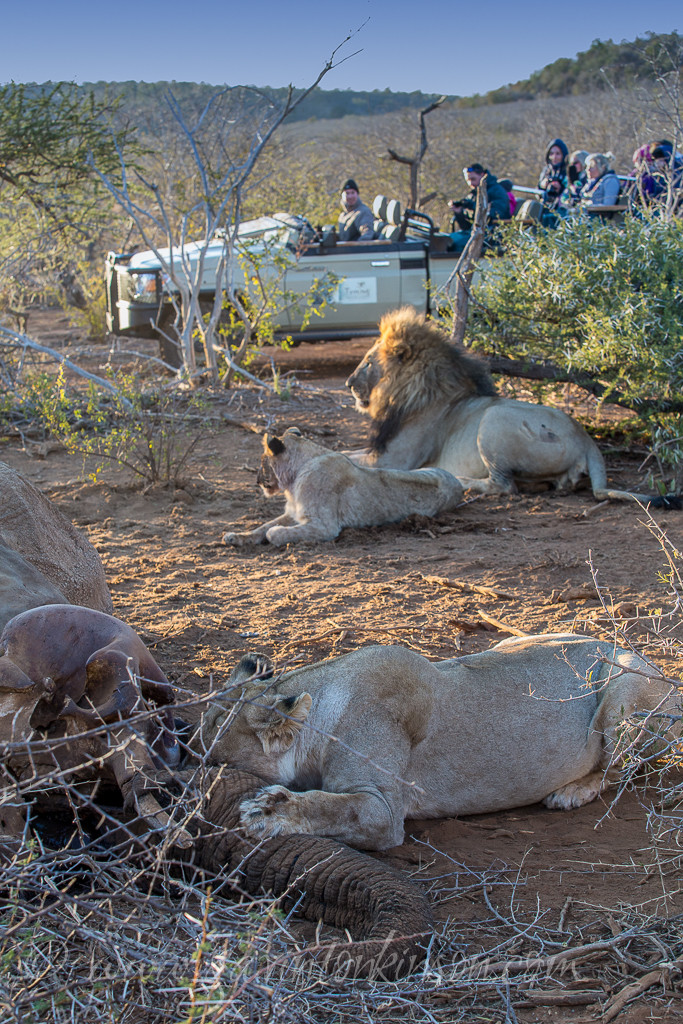 This is the last picture we have of him in better days.

Well that’s all folks. Hope to see you soon and if we don’t – take care of yourselves.

With kind bush regards Jacques and the T-Team.