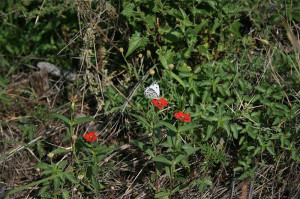 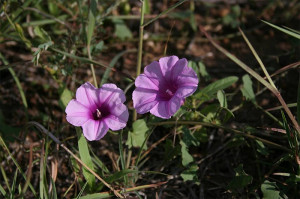 Warmest greetings from all of us once again!

The best news of the year is that the rains came early. October is usually the most arid month of the year with the most common topic in conversation being the expected day on which relief will come in the form of a big, fat thunder storm.

Well, this year we were spoilt rotten. We had 70mm of rain in September, with a fabulous top up of another 50mm in October. This means that an abundance of colour has appeared in every possible form, from butterflies and grasshoppers, to blossoms on the trees and a thousand different little wild flowers between the shrubs. Every kind of insect we know has reappeared after the winter months and is now buzzing around like little jewels in the sky. Just a little bit of early rains has turned Madikwe into a full blown paradise! As so many times before, we stand in awe of the magnificence of Nature. 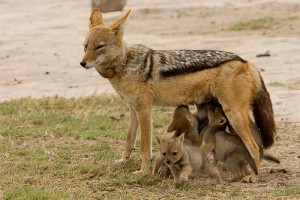 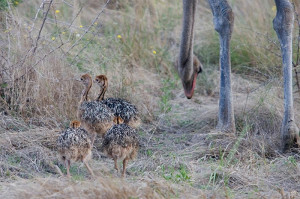 With all the abundance of food and water in the rainy season, it is the best time for the animals to give birth to their young. We have already had the privilege of viewing some of these precious babies last month, but most will be born during November and December. On one specific drive, we found a Black Backed Jackal mom with four beautiful little new born pups. This was just amazing as she and the pups became so used to all the vehicles viewing them during the whole month that we got to take the most precious photos of them as they grew day by day.

Another rare find was the ostrich mom, also with four darling little children. The female usually lays five or six eggs, but it is most unlikely that they will all hatch properly and grow to adults eventually. The birds are often polygynous breeders, with the male having numerous mates that lay their eggs in one nest. There is usually a dominant female which tends to dominate the daytime incubation often pushing competitors’ eggs to the periphery of the nest. This not only means that predators lurking around the nests are likely to grab the eggs of subordinates, but these peripheral eggs are also not incubated properly and won’t hatch – allowing the dominant female to monopolise the next generation. No wonder this specific mother was moving around with such a look of achievement on her pretty face! 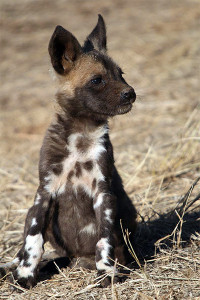 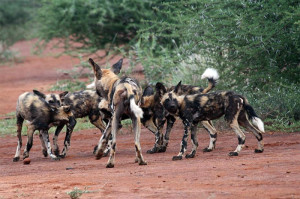 The little wild dog pups that we found in their den in June, are now 5 months old and running around all over the reserve with the rest of the pack. Boy, and how they have grown. They are almost just as big as the adults. See the difference in the photo of one of the little ones, taken just five month ago, and the most recent photo below! Unfortunately there are only six of the seven pups left as one washed away in the Groot Marico River as the group were crossing straight after a thunder storm in the beginning of the month. 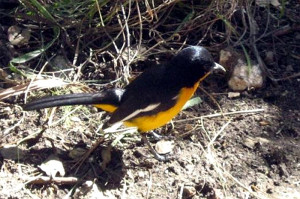 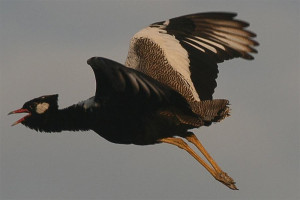 News for the Twitchers:

We have finaly taken a photo of the ‘yellow morph’ of the Crimson breasted Shrike. This is one of the most exciting occurances ever to come across in Nature. This was the first one of its kind we have ever seen in Madikwe.

Sometimes, a recessive gene can cause the amount of melanin to vary in the cells of the feather, resulting in normally red plumage becoming yellow. This is called xanthochroism ( Latin for yellow coloured) and locally is occasionally apparent in the black- collared barbet and the crimson breasted shrike. This is a bird every bird lover is dreaming of ticking off in his bird book.

Another fabulous rare sighting was that of a Northern Black Korhaan very rarely spotted in our region, unlike the commonly seen Red Crested Korhaan. 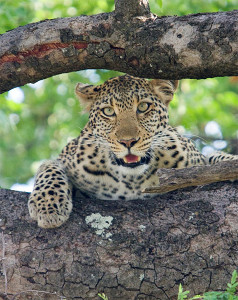 For the rest of you, just to tickle your tastebuds, another fantastic photo of a female leopard we found early one morning lazing about in a tree….. Our leopard sightings are picking up by the month as these most elusive of all the animals are getting more and more relaxed around the game drive vehicles.

As you can see, Tuningi offers adventure, things of great interest, lots of knowledge about the bush and all of this to our guests staying in the best of homely, luxurious accommodations.

The quality of our Lodge’s standards of service is in direct proportion to our commitment to excellence.
Make your booking now. You will remember this holiday for the rest of your life!

Kindest regards
The T-team.
Instead of our usual kids art, we show you some pictures of our younger visitors having a great time at Tuningi! 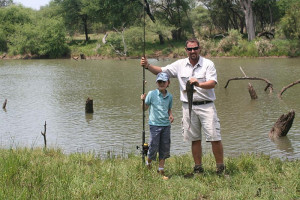 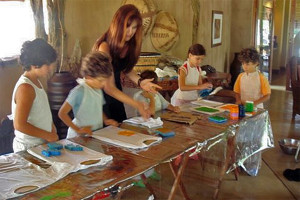 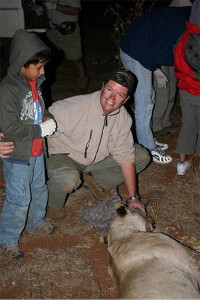 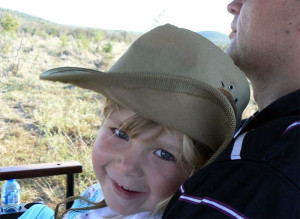 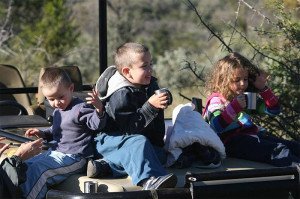 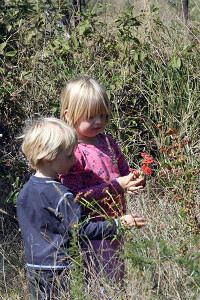