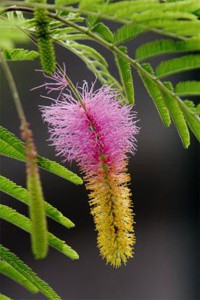 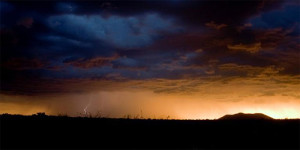 Hallo to all of you once again!

What a month !!!
As you may know, November is a wonderful month of the year with all kinds of new beginnings and promise as the bush is singing aloud with ecstasy.

The weather has been superb this month, with a lot of rain which fell in the beginning of the month with over 100mm of rain in 4 days, but since then it has just been extremely hot creating some awesome cloud formations late in the afternoon giving us the most amazing sunsets while sipping our sundowner G & T’s overlooking the luscious bushveld. 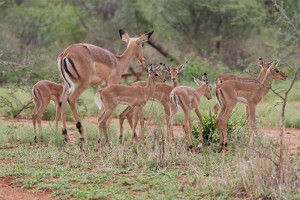 It has been a little later than last year, but the impala and wildebeest have finally dropped their youngsters, and are now starting to form nursery herds which look something like legs and ears all over the place bouncing in the early morning as if to celebrate surviving another predator filled night in Madikwe. These little beauties are like little walking snacks to all the predators which sometimes catch up to two or three out of a group at one go. The wild dogs in particular cause havoc amongst these nursery groups when they happen to bump into them! Although it seems cruel, it is just Natures way of controlling the numbers. 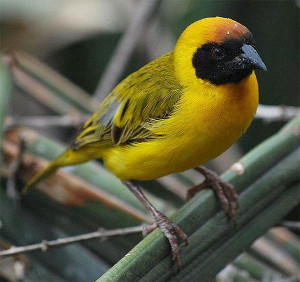 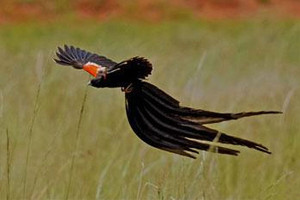 The birdlife has also kicked into overdrive with all the migrating species saturating the air with their beautiful songs and lots of normally inconspicuous birds all of a sudden flashing around in bright reds and yellows!

Some birds change their colours seasonally, for breeding purposes. A good example is the masked weaver that is now to be seen all over the reserve. At the moment they are bright yellow, where, for the rest of the year they are just dull looking little grey birds! As soon as they are ready to breed, a metabolic pigment production takes place from special pigment cells in their bodies (called chromatoblasts). As soon as breeding is over, these cells stop producing colour again, lying dormant until the next season – much like pulling the plug on a paint machine!

Other birds, like whydahs and widow birds, also exhibit a total change in plumage seasonally. They develop long long tails to show off their great beauty to the females. These tails are not only a hindrance to movement, but also put the bird at risk to predation, so they lose the tail and just moult into a nondescript ‘eclipse plumage’ when not breeding.

As far as the big 5 sightings have gone, it has been a bit of a bizarre time with a dead rhino, a dead elephant, and a dead leopard……

The first to go was the male leopard “Lesole” which means soldier in Tswana, and met his peril when he suffered a serious kick to the bottom jaw by a zebra. He sought the comfort of a very deep ravine just north of the lodge to spend his last moments in Madikwe. On examining his remains, we found that his canines were very worn down and we estimate him to have been about 13-15 years old which is very old for a leopard, as they usually only reach the ripe age of 12. This was a very sad moment for us rangers as we have spent many an hour in the bush tracking him down to showcase the “pinnacle” of every safari.

“We salute you “Lesole”, and hope you will return in the legacy you have left with the cubs you have produced over the years !!!! ”

The rhino, which was a 3 year old female was killed by a coalition of 4 young male lions believe it or not, and provided some amazing game viewing as they worked their way through this huge feast for almost 5 days. This carcass also attracted some hyenas of the spotted kind as well as the brown version interacting with the lions as they squabbled over the spoils. This is a sighting which very few people have witnessed and is even very seldom heard of in the natural world.

Our final, out of the ordinary, fatality last week was a young elephant which had succumbed to something still unknown to us as the blood sample was sent off to the ecological services for analysis. Anyway, it also attracted lions from far and wide, as they observed the circling vultures, using them as an indication of a free meal somewhere. The Ghostly leopard “Sipooko” was also seen in the vicinity of this carcass and we had one or two glimpses of him lying in wait for the lions to move off. Yes, leopards will scavenge, but is rare. 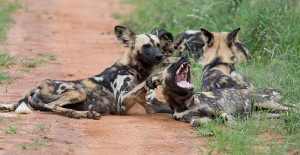 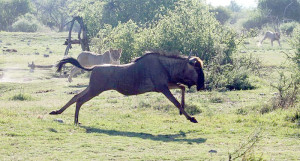 Well, enough of the dead kind…

We have also been treated to many sightings of the large pack of wild dogs which are lurking around the lodge at the moment, and we are pleased to report that they are fit and healthy and moving from strength to strength as it is open season with all the newly born impala, kudu, zebra and wildebeest. As said before, they are killing up to 4 impala every day with the odd kudu in between.

The smaller pack is also doing extremely well and has even provided us with an explosive kill of an adult kudu right in front of the lodge. The Mica pride has provided us with some breathtaking moments letting us observe their skillful ways of first surrounding their prey and then attacking it from two different angels. Although, the wildebeest escaped this time, it still left us all speechless for a while…..As they say, it is the survival of the fittest! 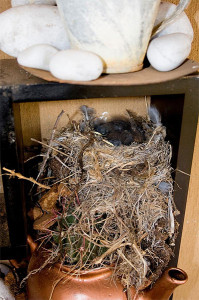 On a totally different note.
Natalie has very artistically planted a tiny cactus in a teapot on her front porch. A ‘Familiar Chat’, which is a tiny little bird with a wiggling tail, decided to move in and build his, rather untidy little nest right on top of the display. The female promptly laid her three little bright blue eggs in the scruffy nest and a week ago three fluffy baby chats appeared, forever waiting for mom to bring some food! We are so privileged to have been able to observe this whole process so closely- (or rather close to home?) 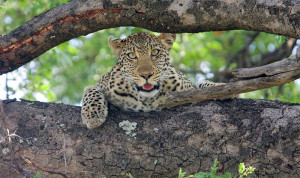 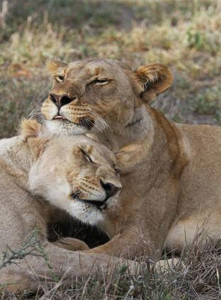 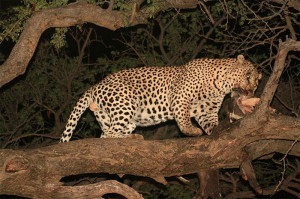 This month we have once again realized that we have been blessed with an incredible heritage and that we do not show enough appreciation for all that we have been given. Our Tuningi Christmas Wish is: That more of us will take some time out and spend it in Nature re-familiarizing ourselves with the smells and sights and greatness of it all. By doing this we will surely be compelled to treat it better!

Happy Christmas to all of you! Until we chat again.
Kindest regards
The T-Team 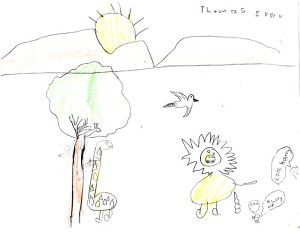 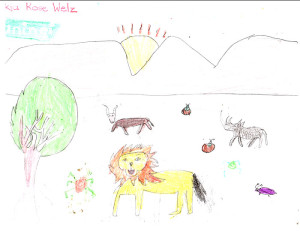 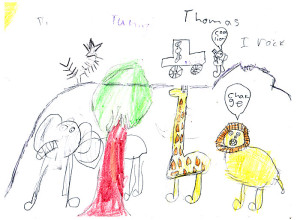