A warm winters welcome to all our Tuningi Fans !!

Winter is at its peak now here in the Madikwe game reserve, and our mornings are chilling, but fresh as we leave on our morning safari, but never fear… we have our game drive vehicles equipped with piping hot water bottles to combat the worst of the chill factor.

The coffee served in the lodge just before we depart also warms one up from the inside, as us rangers conjure up our masterful plan as we decide which of the magnificent 7 we will choose to go and find for you today.

Once you are out there it is all worth the effort, as the sunrises are something out of this world, with the early birdsong serenading your ears amongst the distant roar of our resident male lion. At this point we swing into action and determine where the Naledi male might be, and so the search begins…..

It is not long before we find his tracks heading south, and looks as if he is alone on a territory patrolling mission.

We find him after some time spent tracking him, but he is tired, resting in a comfy grassy patch, just enjoying the warmth of the rising sun. At this point he bellows out one of the most amazing sounds you will ever hear in the African bush which will give you goose bumps as he roars to his maximum power.

Our Naledi male however is under huge threat at the moment, as there are two different coalitions of males trying to challenge him for his prime patch of bushveld. The Younger coalition of 3 males, the Chimbro and Bafefo males, as well as the two Kwandwe males are making regular incursions into his territory now, and we fear it wont be long before we have a new authority here on the ridge. 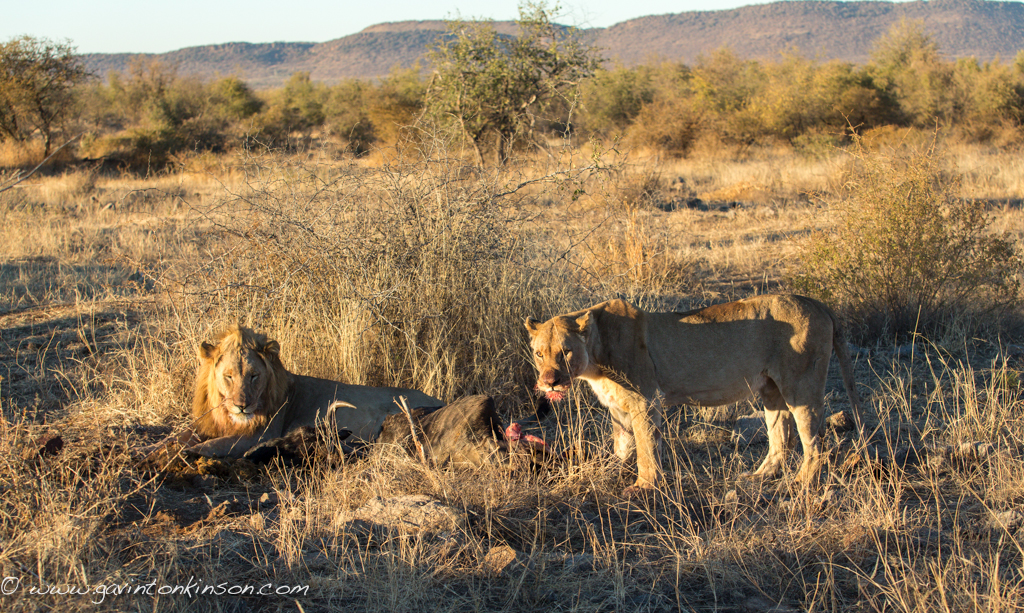 Above you can see the Chimbro male with one of the Mica females on a wildebeest kill, and shows that they are seriously intent on taking over the Naledi males’ females and territory !!

W e always tend to also always write about the predators and we sometimes forget about the rest of the amazing things you can see in the bush, such as our very special rhinos.

Our rhinos are doing extremely well in the park, and even with the current rhino poaching situation in South Africa, they are flourishing here in Madikwe, probably due to the most amazing people on the ground everyday looking after them, and making sure that a poacher will never set foot in this land we call home !!

We do however have a huge responsibility to ensure that they will remain safe here in Madikwe, and if you would like to contribute to this cause please feel free to contact us at the lodge for more information. The park has an account set up especially for Madikwe, and any donations of any kind are all appreciated. 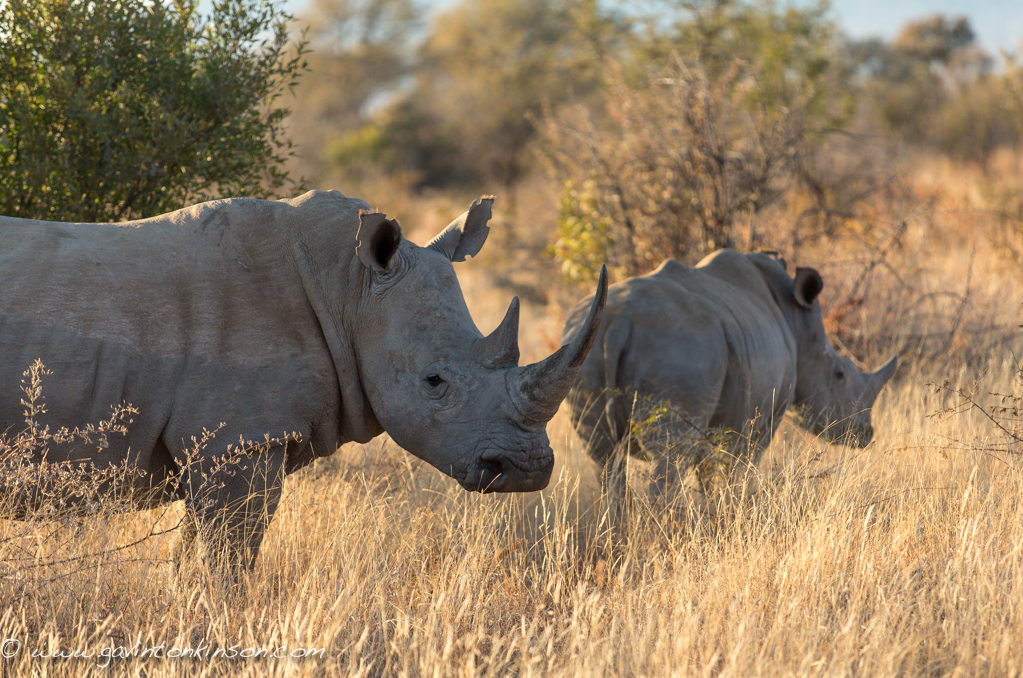 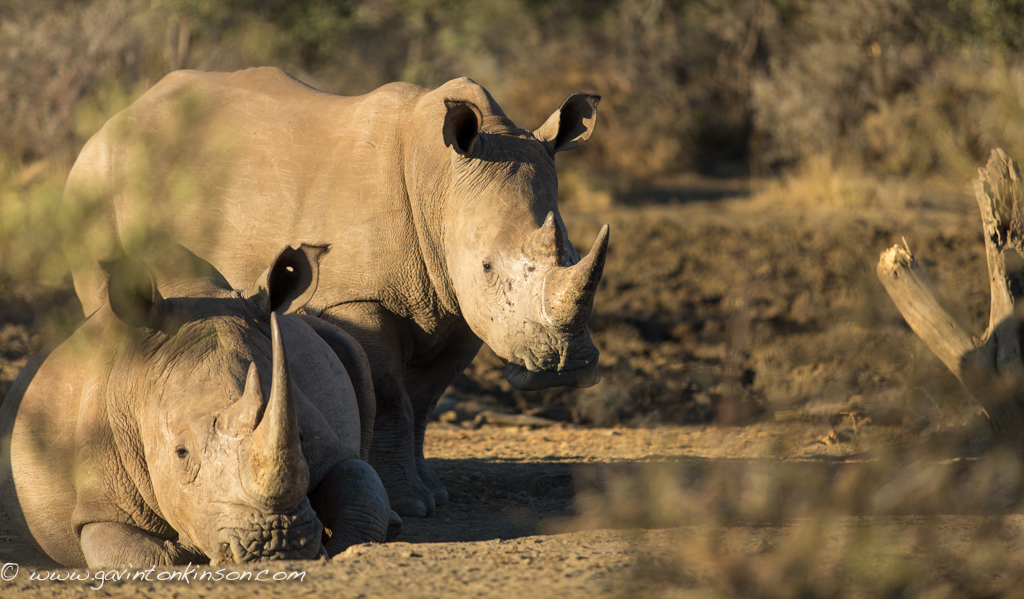 We also had an amazing sighting of a serval this month !!

This is a sight that made my year so far, as we don’t get to see them that often, in fact it is only the 8th time in 8 years that I got see one, and this female was incredibly relaxed with the vehicles, as we followed her for some time through the long grasslands where she likes to hunt for mice and small mammals. 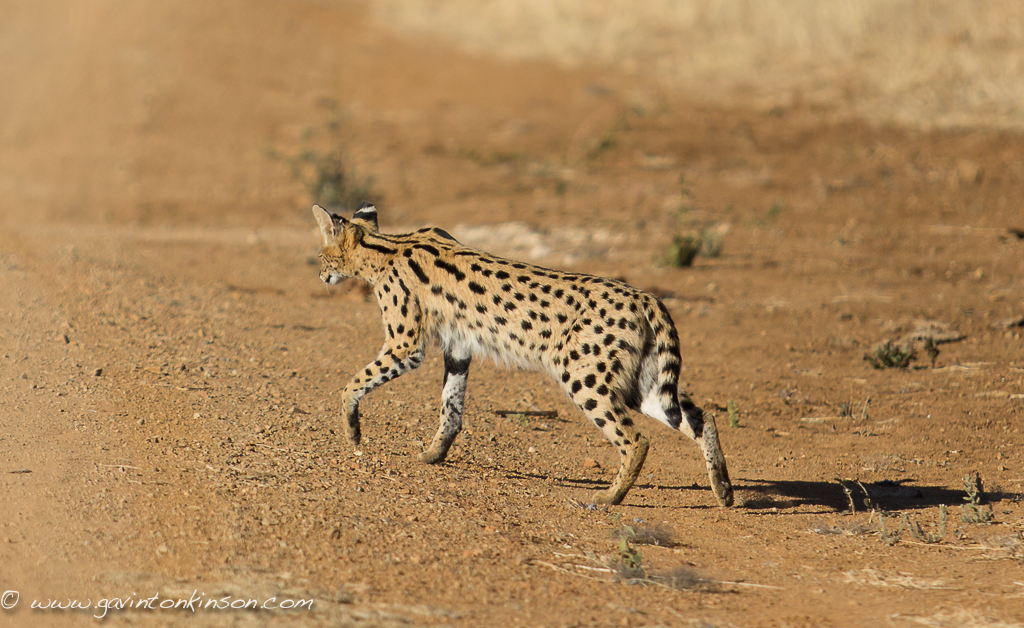 The always smiling elephants are providing some amazing sightings at the waterholes, especially at the lodge where you are almost guaranteed to be inspired by their presence around lunch time, as they come in numbers to quench their thirsts, before enjoying the therapeutic qualities of the cool mud that they love so much. 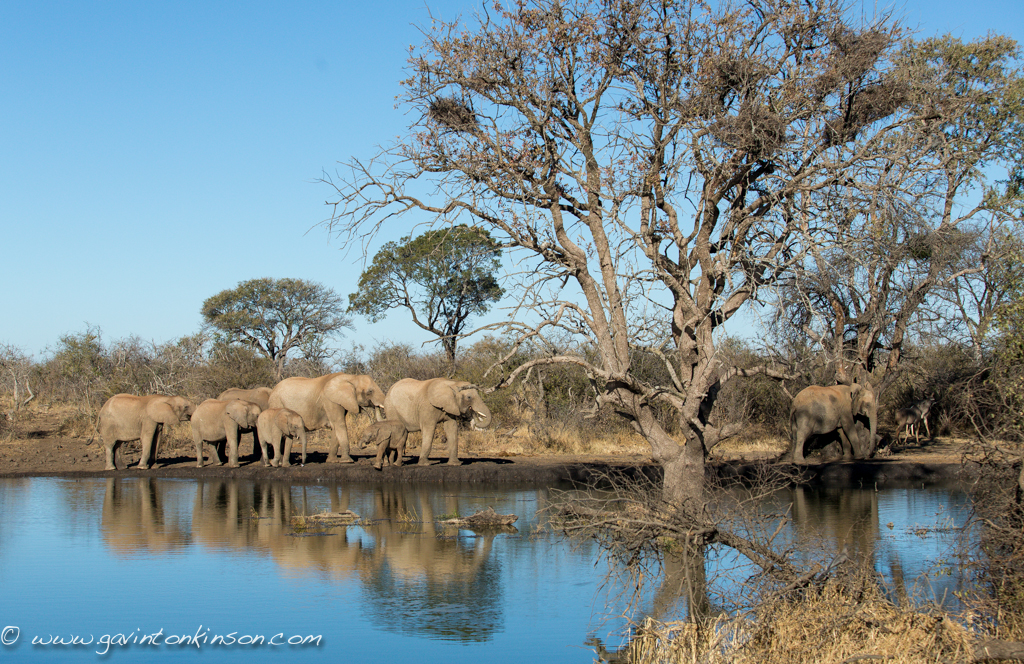 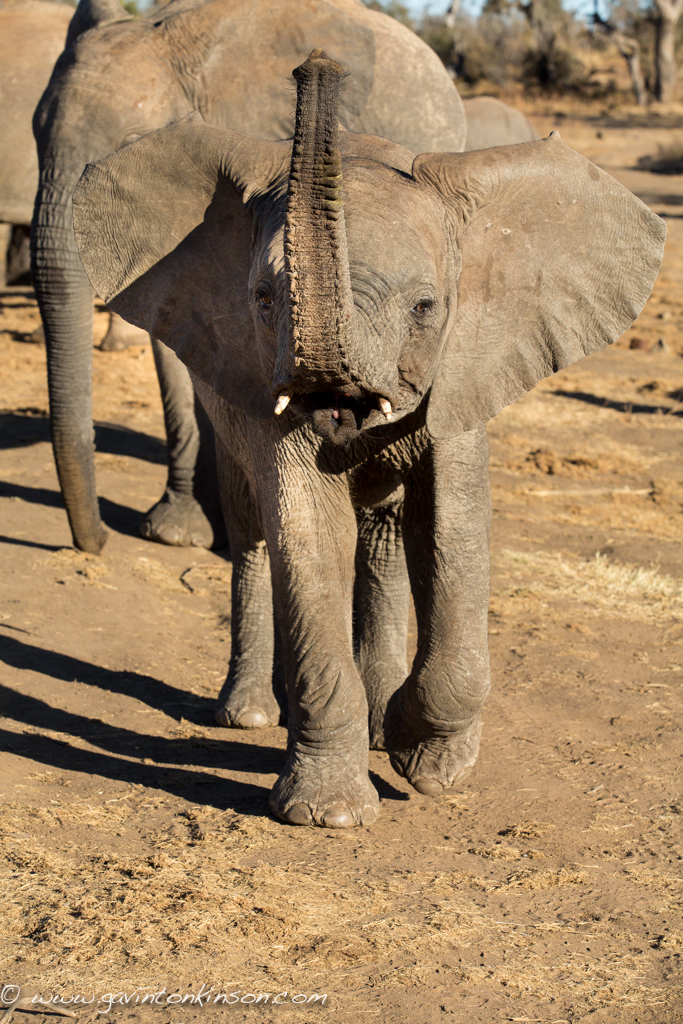 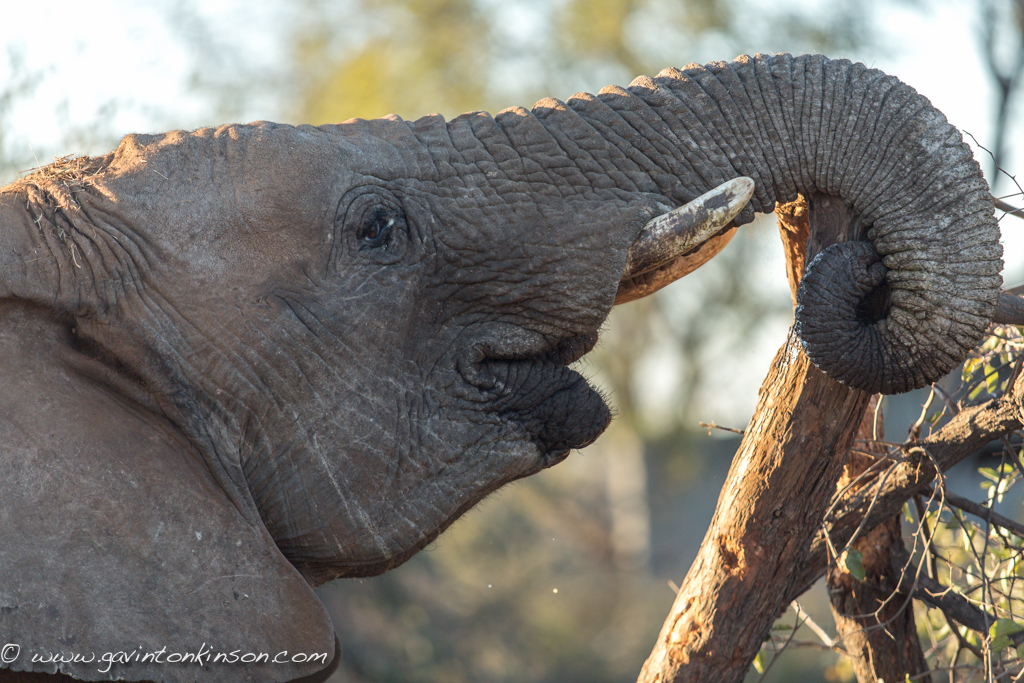 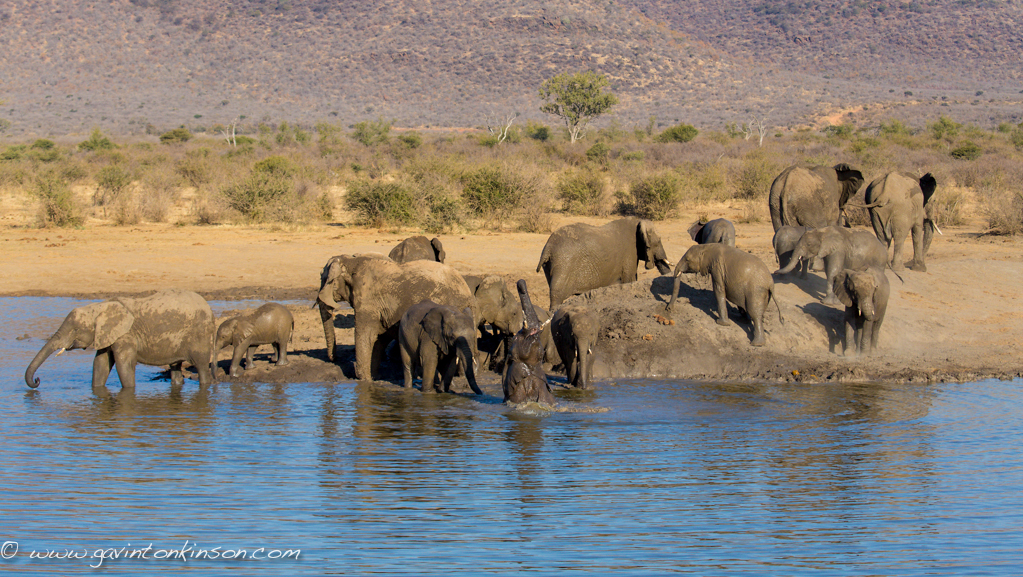 Tsala, our resident leopardess is back !!

She had been missing in action for a couple of weeks, and it was great to see her again, as we thought that she may have been killed by lions, but this is not so, and she is looking supreme and even pulled down an impala in front of us one morning showing us that she is still in large and in charge !! 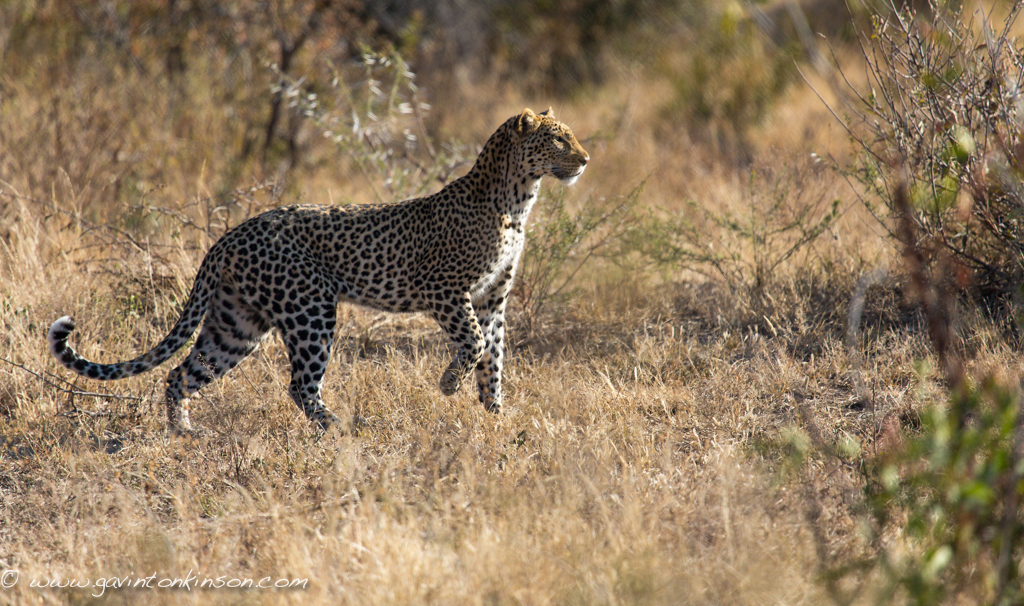 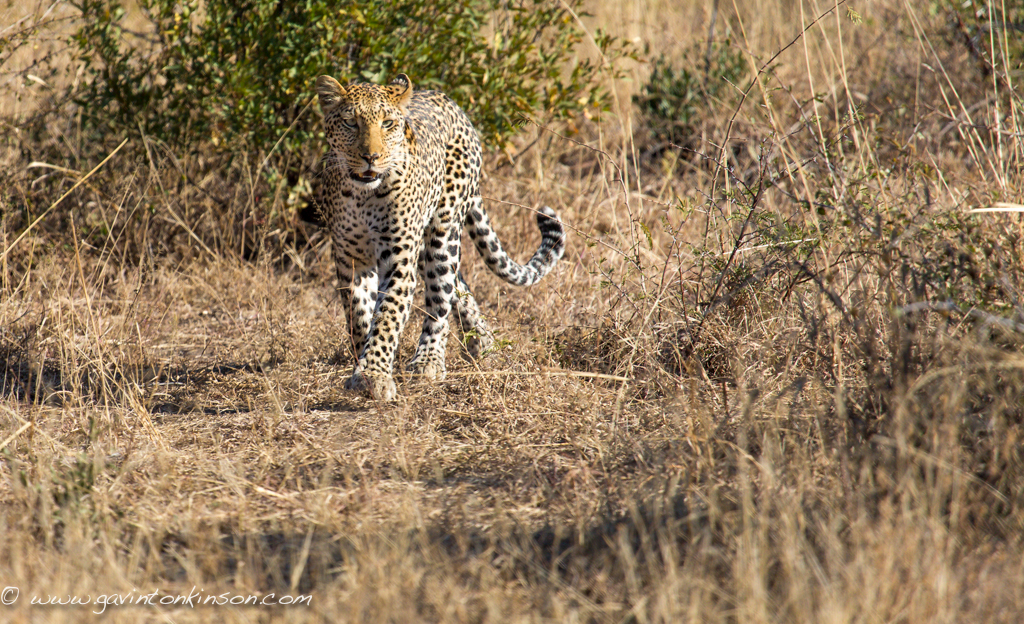 Samson, the young male that we have been following now for more than a year now, seems to be setting up his territory in the Inkwe pan area south of the lodge. And is becoming a regular star with our guests as he is starting to show signs of full adulthood, exuding a power and elegance that few animals can.

Hopefully he hooks up with Tsala in the near future, and produces some cubs for us to enjoy soon !! 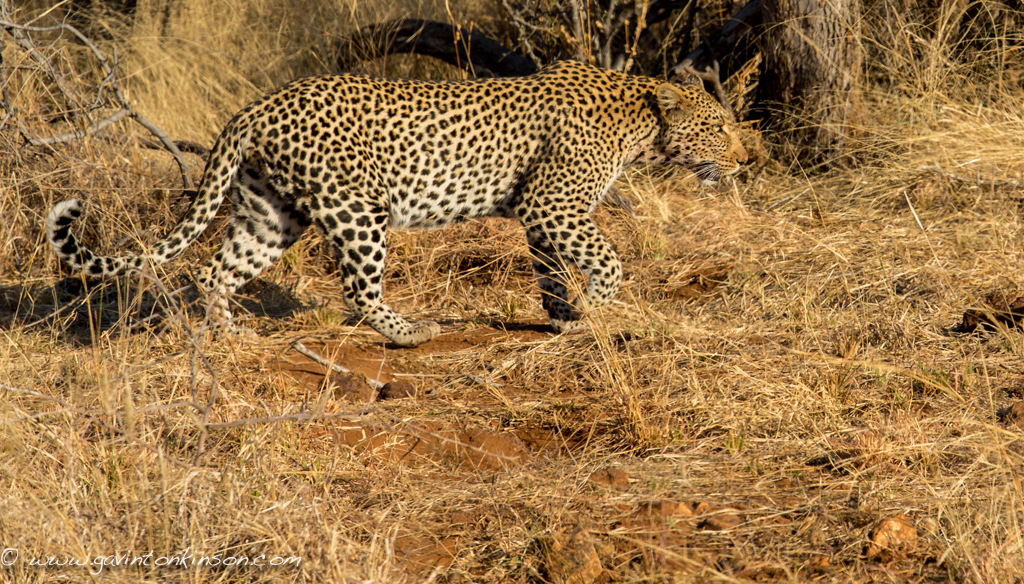 The Mica and Jamala pride are now 10 strong, and hungry for anything that moves !! The 4 young males in the pride are becoming adults now, and their appetite is keeping their mothers very busy, as they are having to kill more and more to satisfy the growing boys. They are pulling down some big prey, including buffalo, zebra and wildebeest, and we often get to them when they have just killed something only to find that they have finished off the carcass in quick time.

As big as they are, their need for rest is also as big, and they enjoy resting after the kill with full bellies, playing with each other to reinforce the bonds they will keep throughout their promising lives as young male lions. It probably wont be too long now, before the new coalition we spoke of earlier will force them out of the area, where they will have to learn very quickly how to hunt for themselves !! 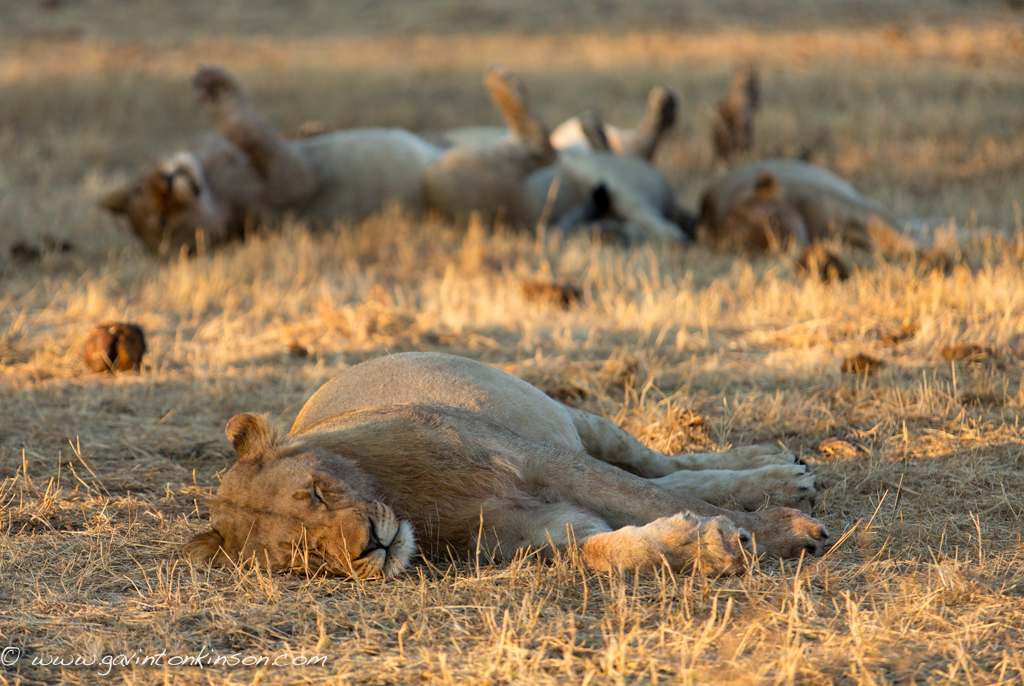 As usual, the wild dogs AKA Painted Wolves are always fascinating to view, as they are always busy, and their high octane lives they live never seems to relent in any way.

Madikwe is one of the places in Africa to come and see them, as the are highly endangered, but are thriving in this piece of beauty that Tuningi is situated in.

We as guides always get extremely excited when they are ready to engage in a hunt mood, as they are highly efficient predators, killing 80 % of what they pursue. So they are definitely something you want to come and see and be part of !! 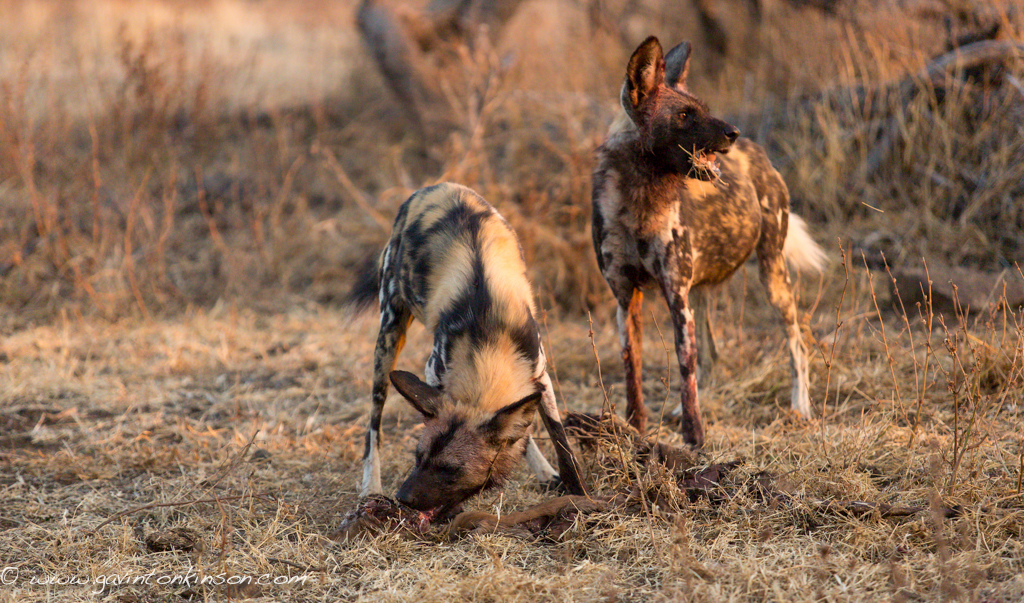 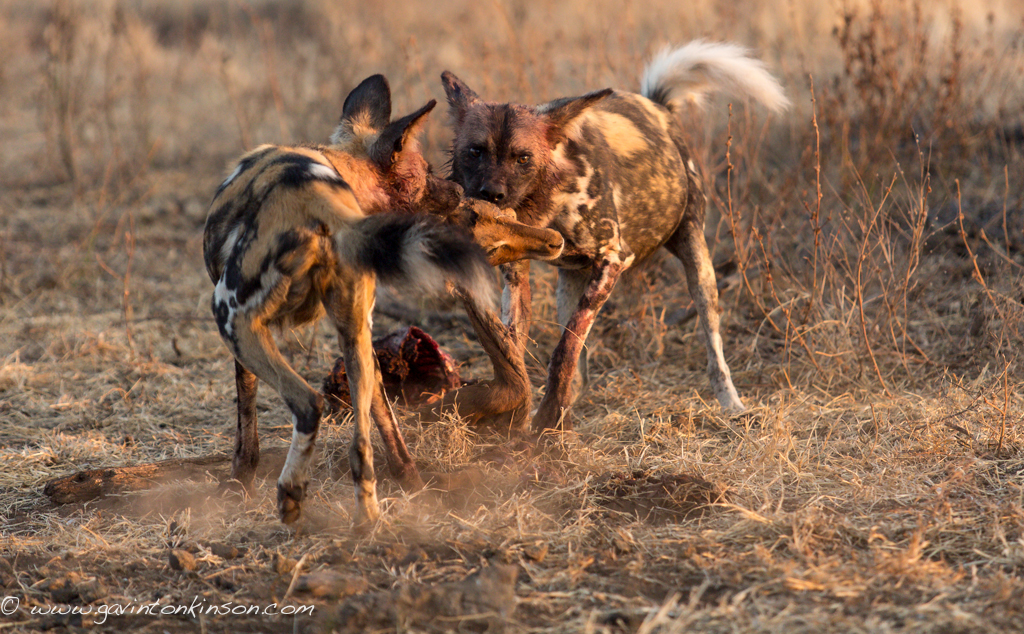 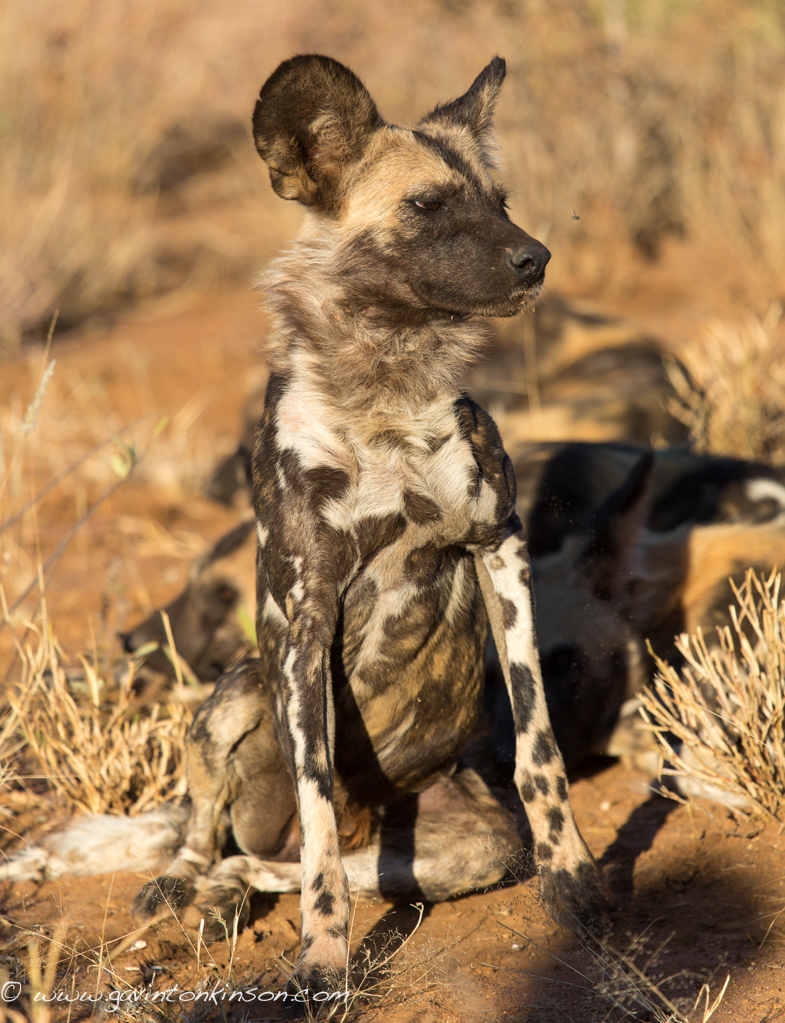 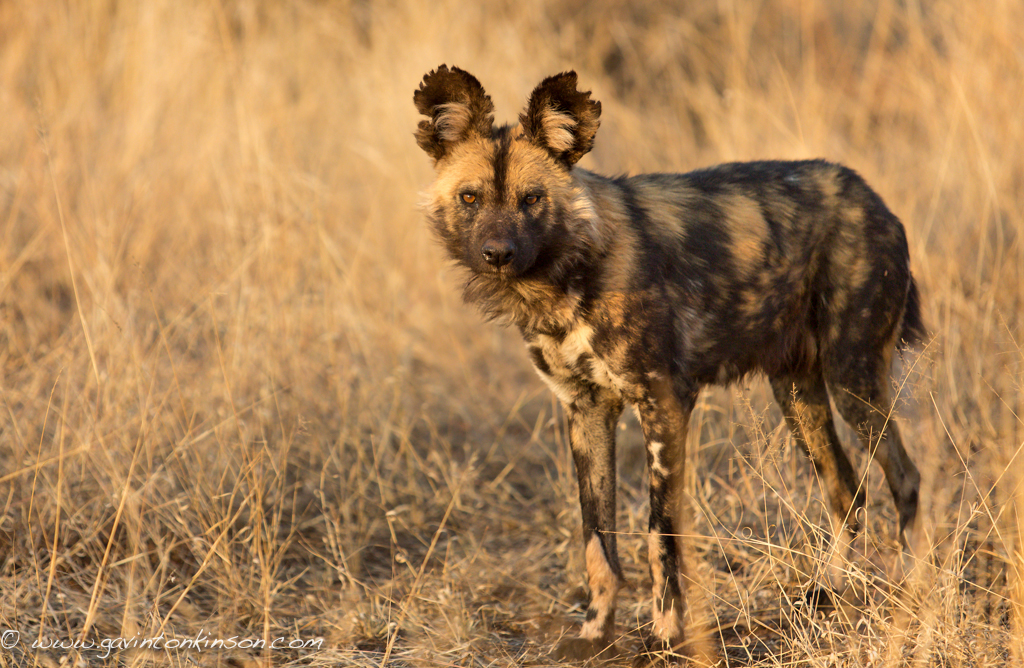 That’s it for this month……

One thought on “Tuningi Newsletter July 2014”