Well winter is definitely upon us, but Jack Frost has been kind to us this winter only baring his teeth during two cold snaps so far.  During one of these the temperature dropped to -3’C providing us with a great opportunity to view Polar Bears and Arctic Foxes in their natural environment, well not really but June did provide us with some phenomenal sightings.

With the bush all dried up and dull it is always lovely to see the flashes of bright colour provided by the vividly coloured Lilac Breasted Rollers.  Another one of my favourite birds this month was this very appropriately named Cut-Throat Finch pair. 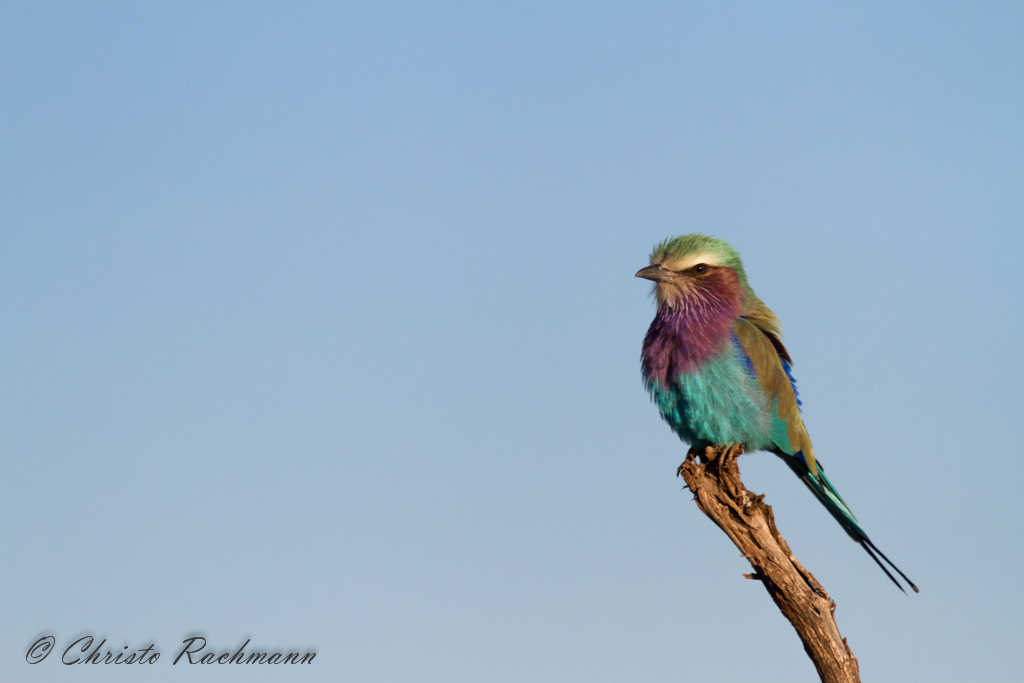 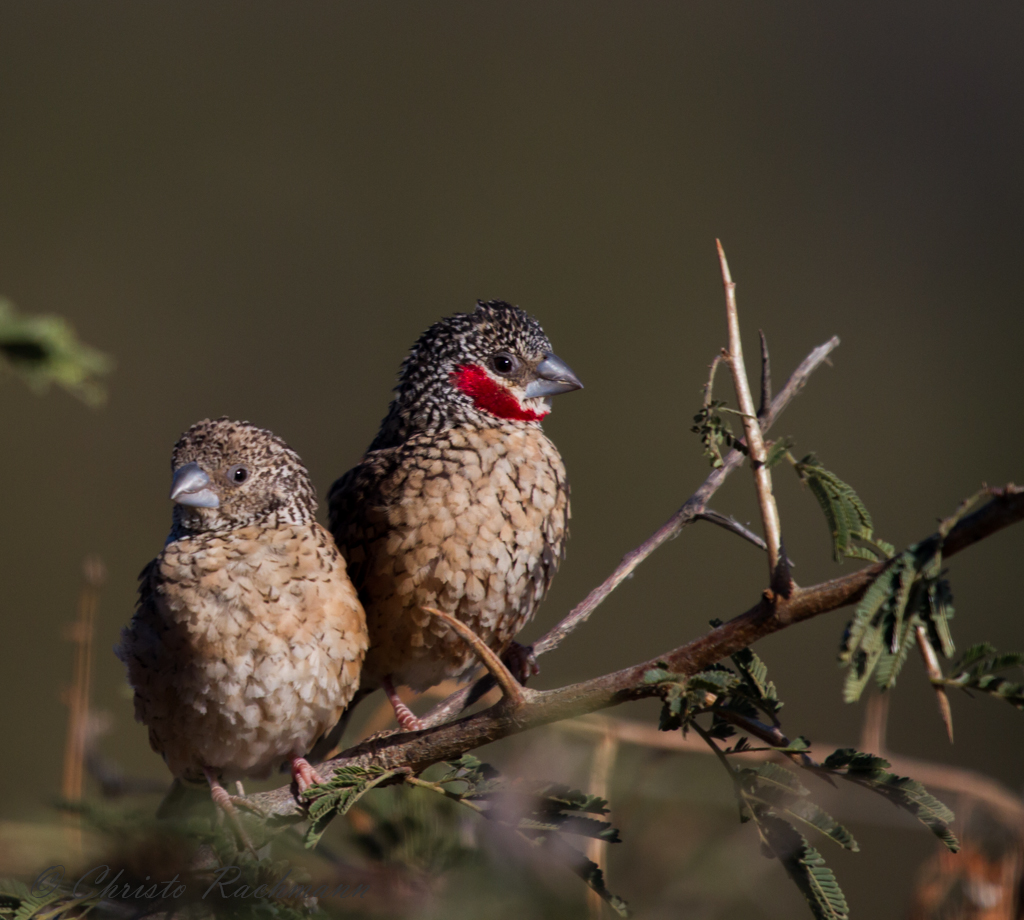 On the lion front one of the best sightings this month was when we found the Jamala-Mica pride on the Western Airstrip lounging around in the early morning sun.  After warming themselves up they decided to move on, hoping to find some breakfast.  Luckily for the giraffes the lions weren’t too interested in them although some of the sub-adults did try their hand at hunting and sent the giraffes scattering. 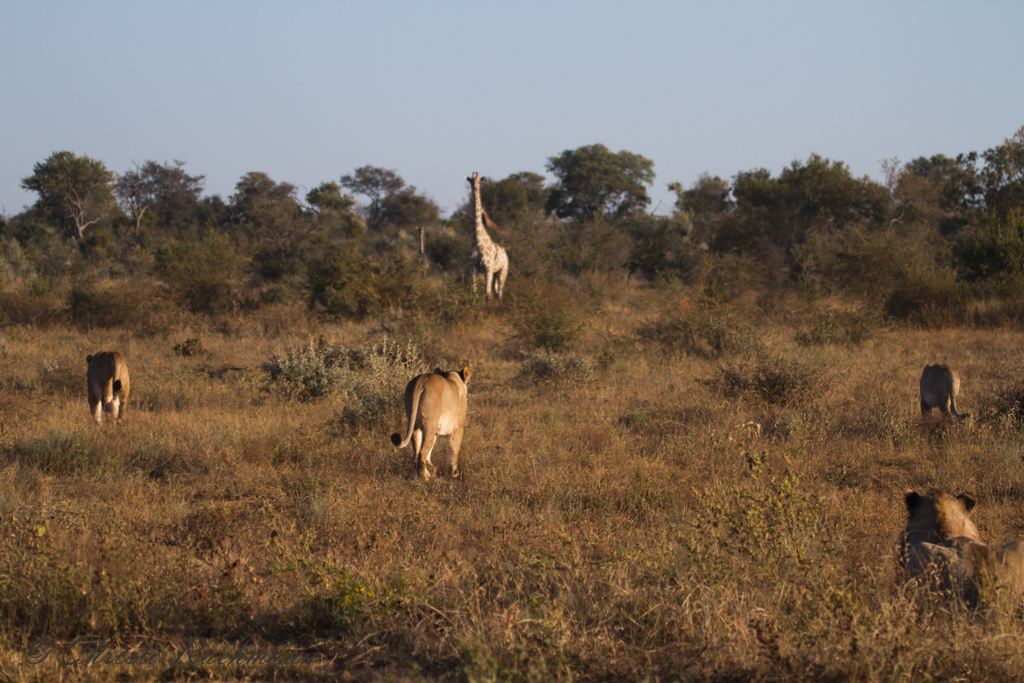 After a long period of absence my favourite spotted hyena also made his appearance one morning.  His name is Fuzzy and he is the cutest spotty in Madikwe.  Anybody who does not like spotted hyenas would change their minds in a heartbeat after meeting Fuzzy. 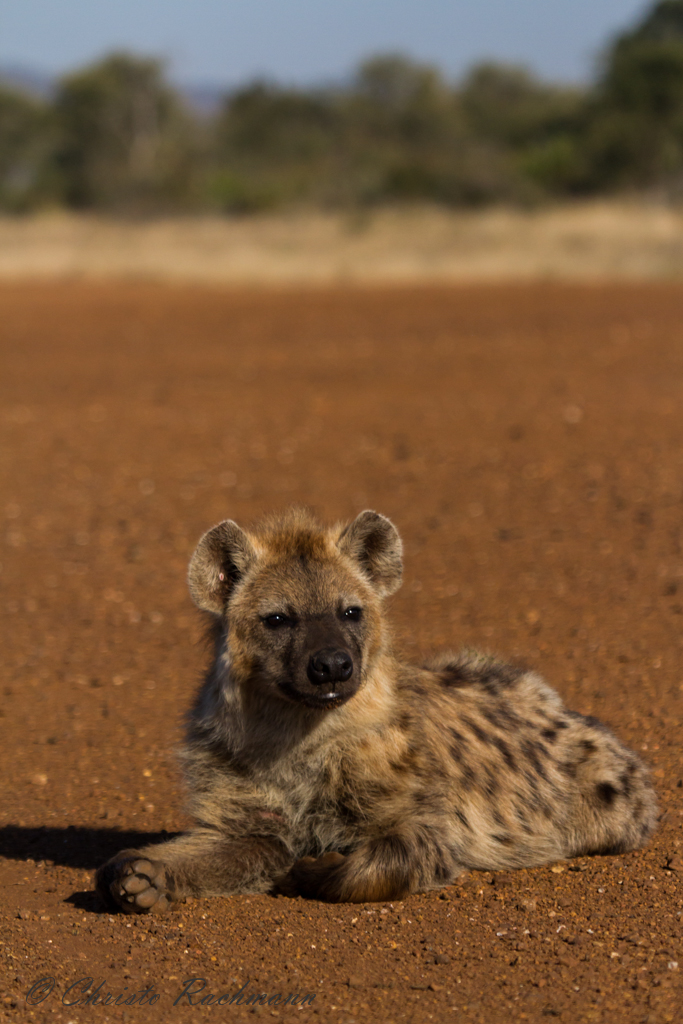 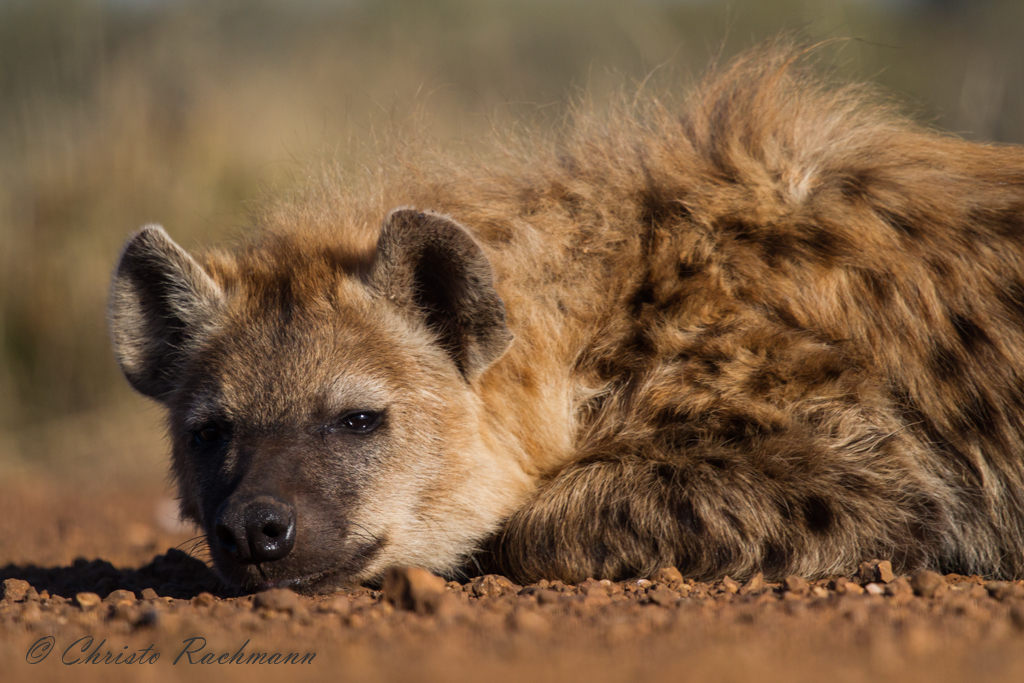 We also did well on the leopard front this month with some really good sightings all around.  The one I am really excited about though is Samson, he is a young male that hangs around Inkwe pan and is found more and more.  This particular morning we spent some time with him and watched as he hunted and killed a francolin in front of our vehicle. 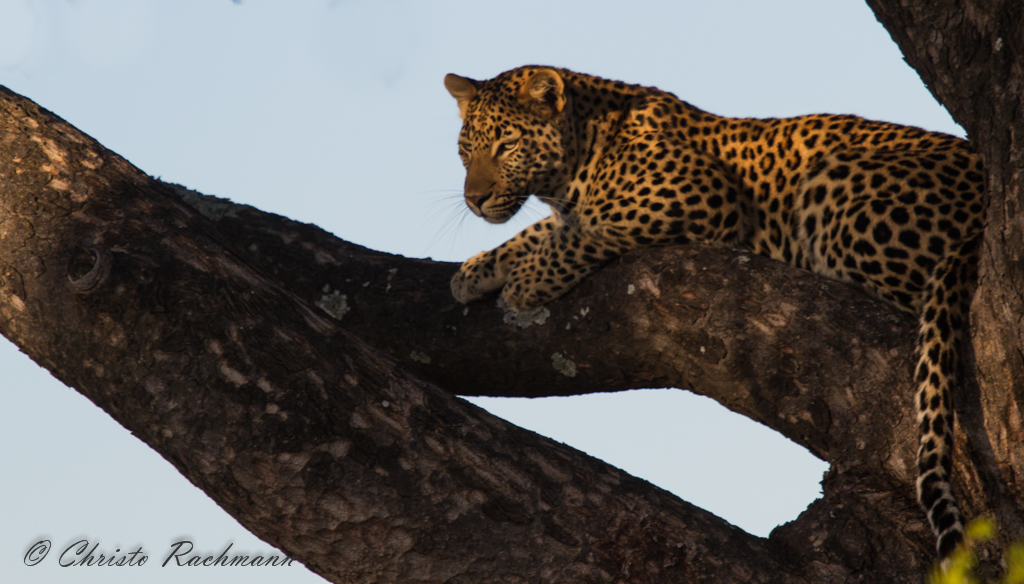 I can’t remember much of the next few seconds, but according to my guests, they have never seen someone multi task as ferousiesly as I did in that few moments.  Apparently I managed to indicate to the guests that the dogs were chasing the wildebeest towards the dam, shout at the top of my voice into the radio microphone at Cornelius, apparently in a voice ending in a shriek, that he should turn back to the dam and managing to turn the vehicle around on a fairly narrow path at high speed, all this in a flat spin of excitement.  Well what developed was one of my best wild dog sightings ever, with the dogs eventually managing to bring down their breakfast. 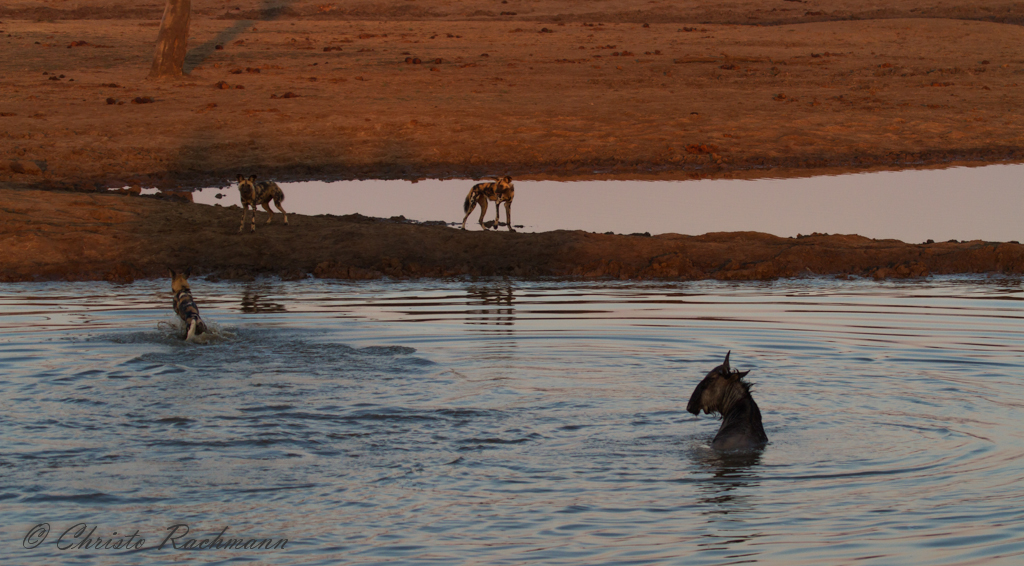 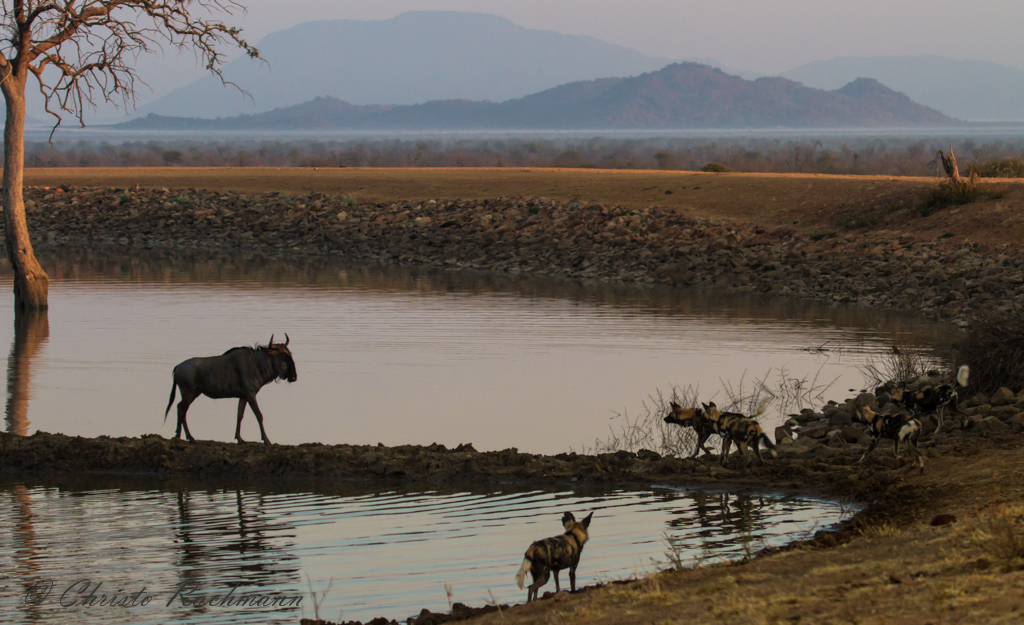 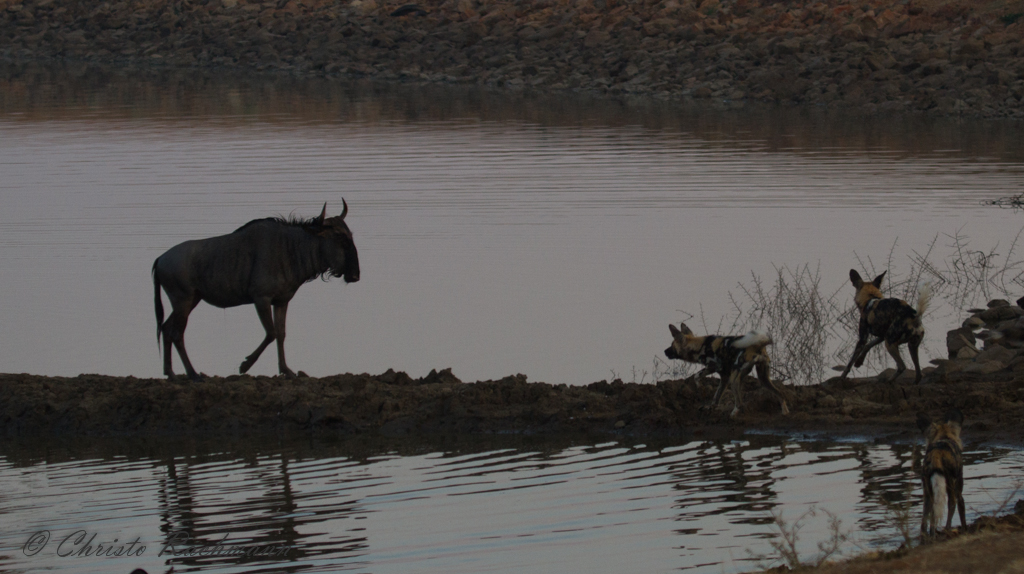 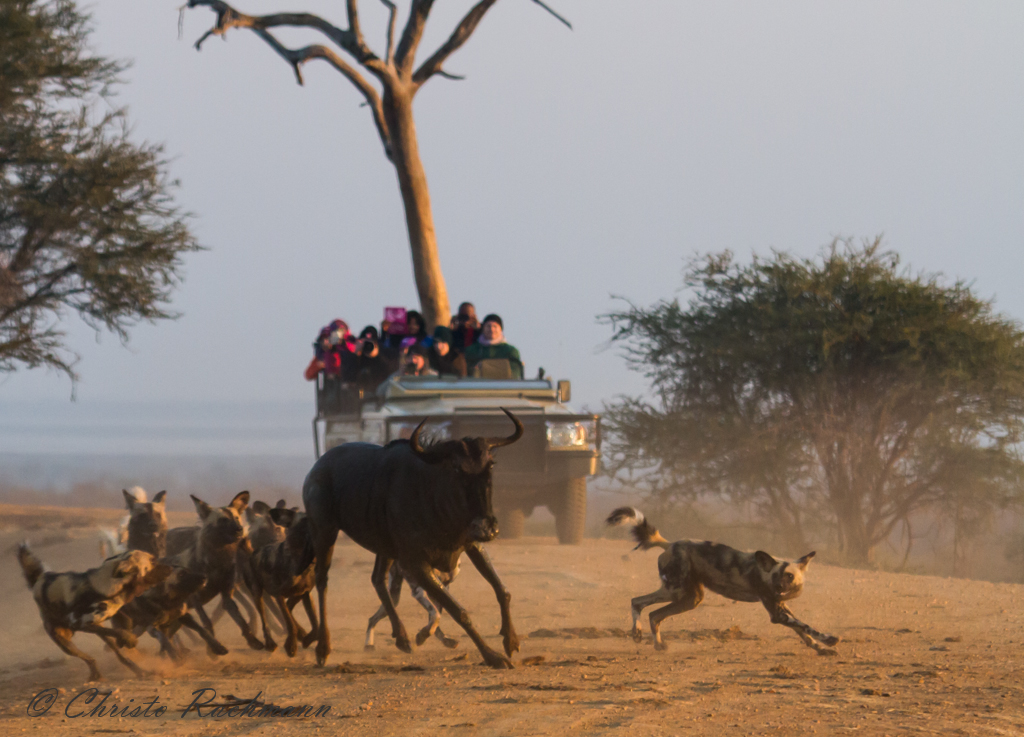 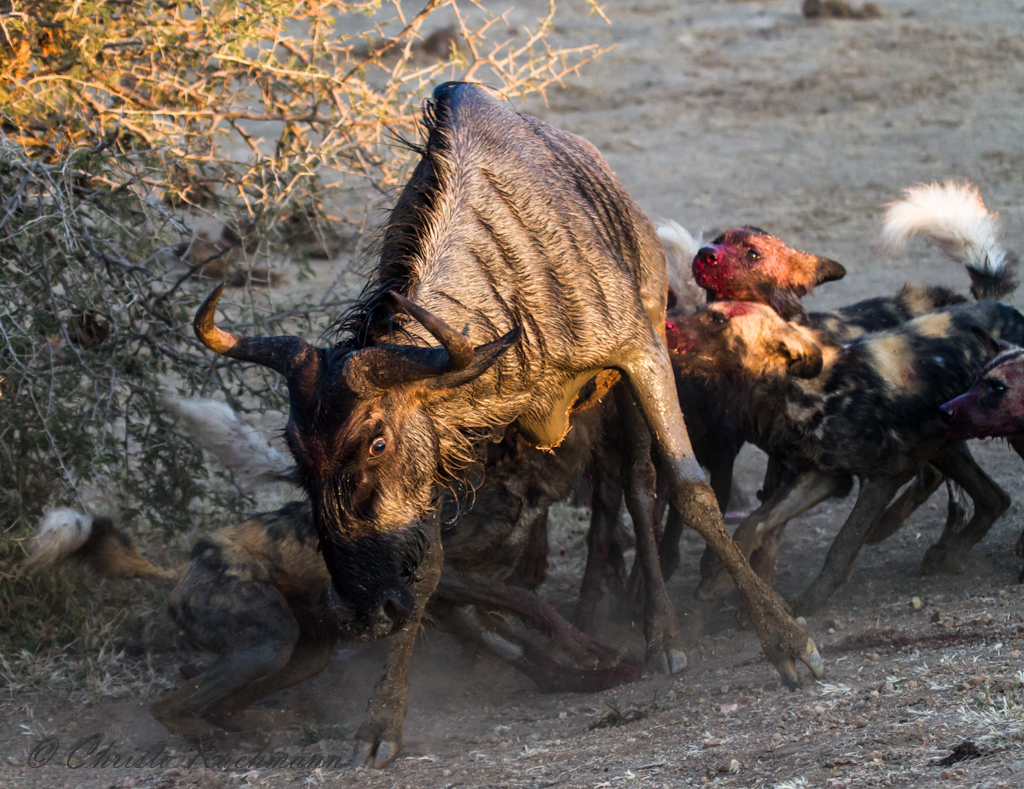 Well that was the end of another thrilling month in Madikwe, hopefully winter will stay as mild as it has been thus far and the sightings just as amazing.

Hope to see you at Tuningi in the near future.