Nature at Its Best

Nature at Its Best

Not too many words can describe what we saw this morning…

We set off this morning to go and look for the 4 Male Cheetahs in the north of Madikwe.  They were last seen moving in that direction.

On our way there we went past Tlou dam.  Not much was happening there so left.  Christo and myself took different roads away from the dam.  Out of nowhere I heard a very funny, excited voice over the radio. It was Christo shouting something; I could only make out something at the dam.

When I got there the Wild Dogs chased a wildebeest into the water. 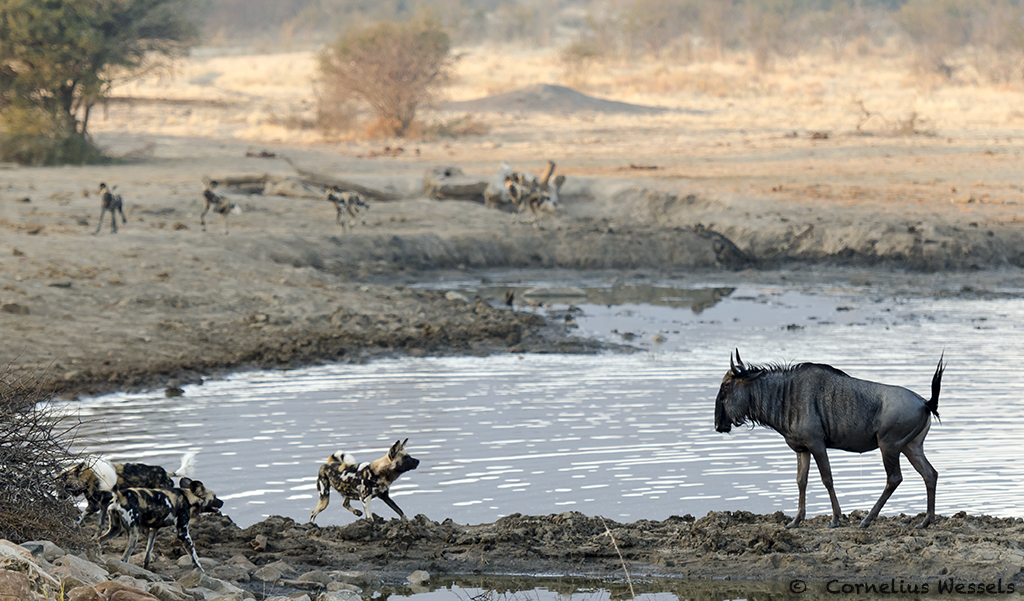 I had been waiting a long time to experience what was going to happen around the water. 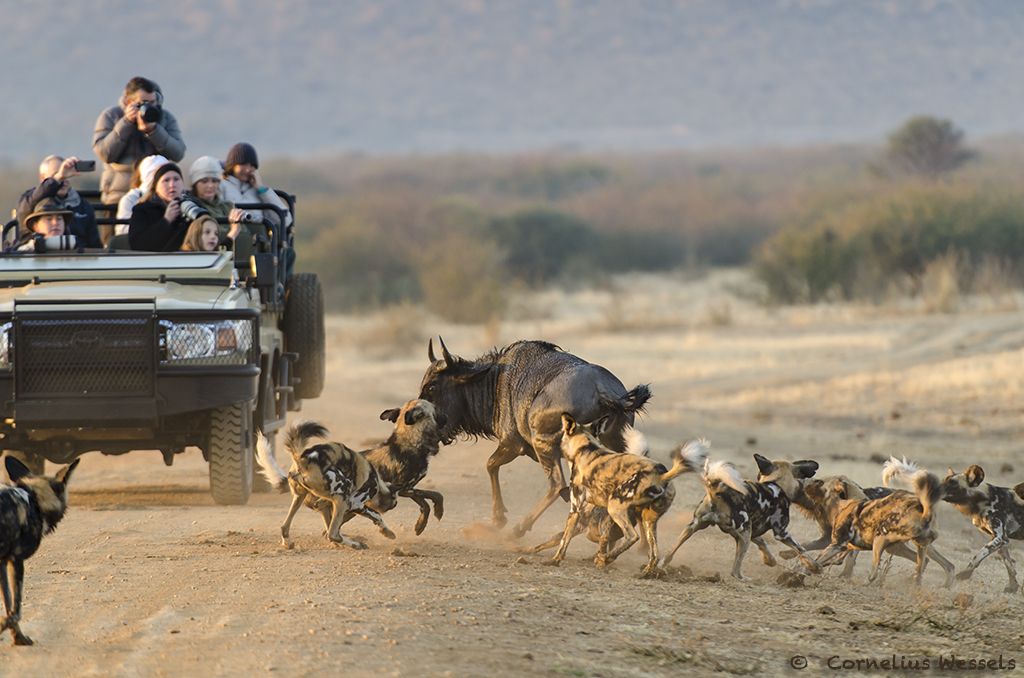 Once the wildebeest was out the water the chase was on, again!  The wildebeest tried to shield itself against Christo’s vehicle but it only worked for a while. 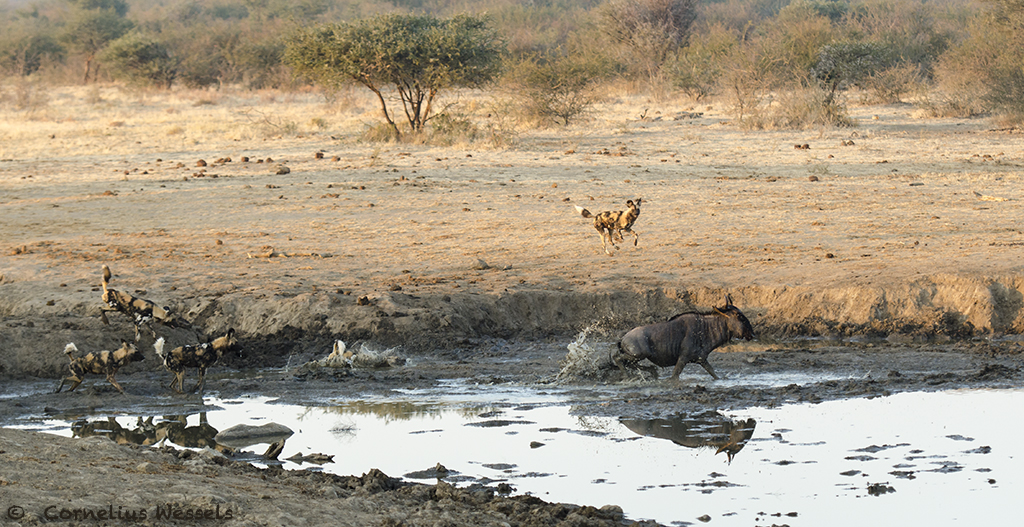 It then ran back into the water.  It was probably too cold and he jumped out. 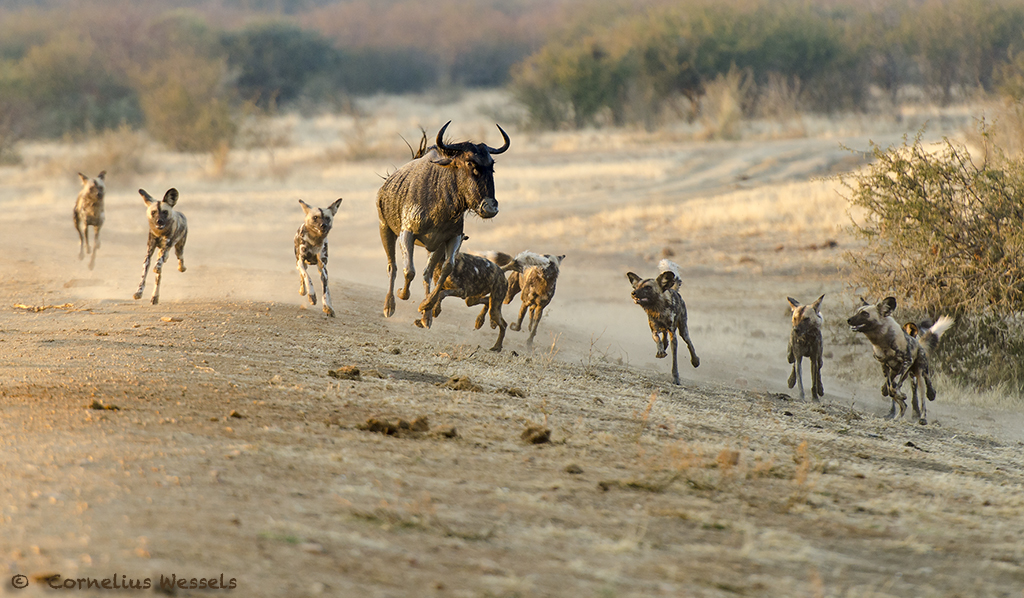 Not long after that the dogs finally got hold of it and killed it.
It took the Dogs a while to kill the Wildebeest but when it was done they all enjoyed it thoroughly.  This was nature at its best!!! 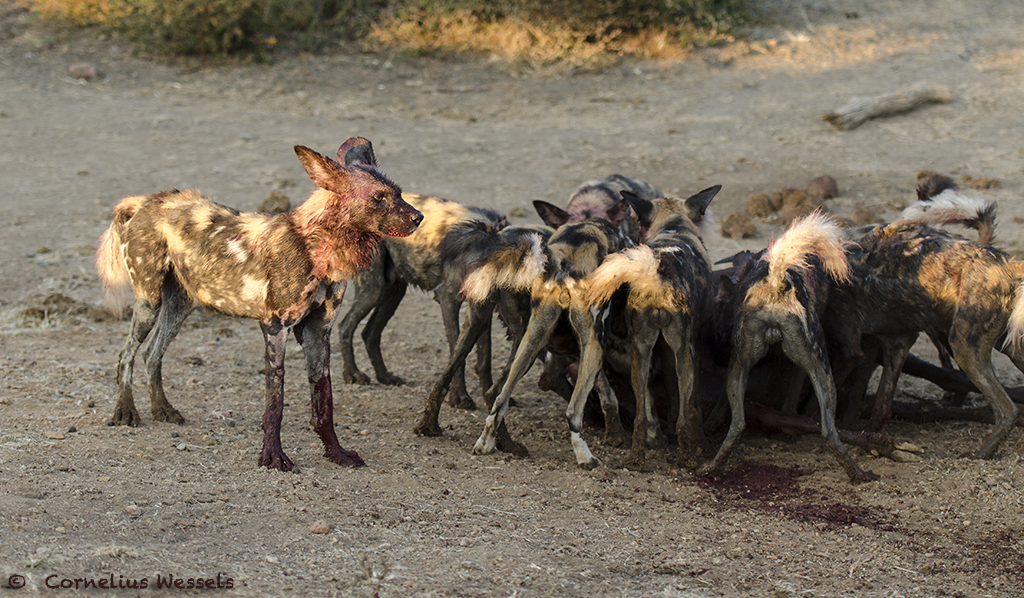 Shortly after, an elephant chased the dogs off the kill but he soon moved away and the dogs continued eating. 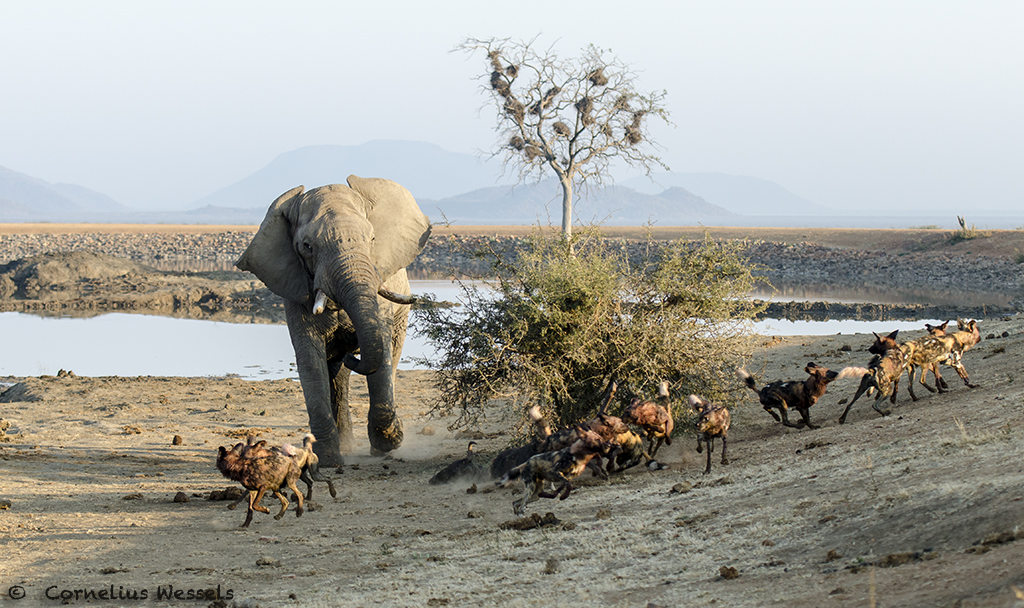 Let the pictures tell you more.

Oh, and we found the Cheetahs as well. 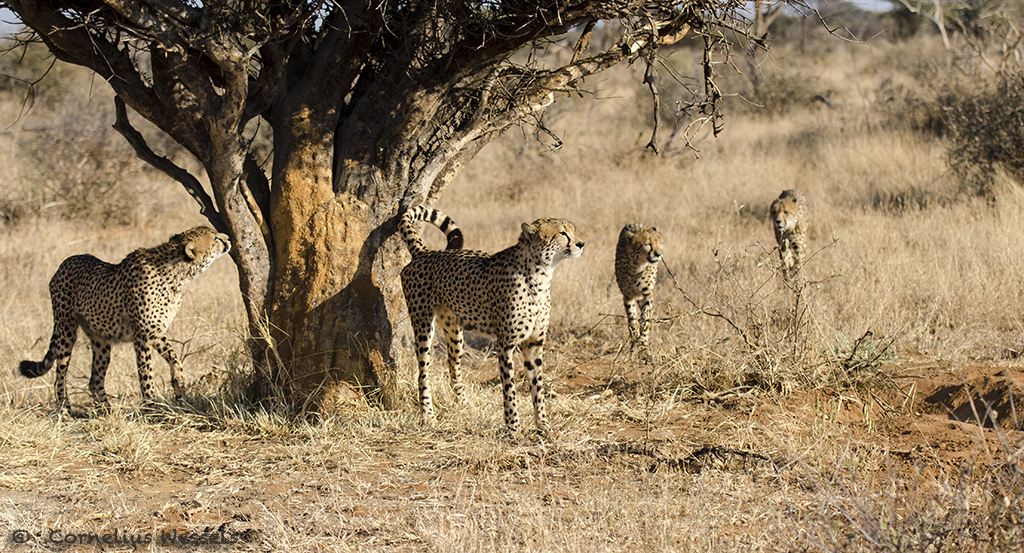