The cold chilly mornings have added a new dimension to the safaris, but we are well prepared for the onslaught by equipping our guests with hot water bottles and warm fluffy blankets.

Let’s get into the wildlife sightings straight away…

One particular sighting that stands out for this month was when we witnessed our 4 cheetah brothers killing a wildebeest, but what made it special was the fact that a spotted hyena pitched up and actually fed with them on the same carcass, and this is how the full story went…

A special sighting in this caliber only comes around once or twice a year if you are lucky…..
This was one of those sightings, and this is how it all went down…

The 4 cheetah brothers were located in the morning, and we expected them to be there when we got back in the afternoon, but on arrival found nothing… After a quick tracking session, I determined that the tracks were heading west away from the original location, and it was not long before we located them with some serious intent on hunting something down. Their mood was clear…. they were hungry and determined to catch something to eat. Well, after following them for about 30 mins with not an animal in sight for them to hunt, I left the sighting to go looking for a black rhino that lives in that area. We did not find the black rhino we were looking for, so I decided to go back to the hunting cheetahs. The sun was just setting, and then a call on the radio came… ” You can join us here “. It was not 30 seconds after the call came through on the radio, when all hell broke loose !! Zebra and wildebeest were running in every direction, kicking up a dust storm that blanketed the commotion of the crime scene. The cheetah had just pulled down a young wildebeest, and we unfortunately did not see the actual take down, but arrived there minutes after, to discover that the cheetahs were catching their breath and still strangling the last life out of the wildebeest. 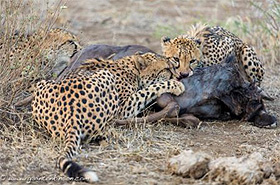 After the dust had settled, they began to feed, and one of the cheetah opened up the carcass from the shoulder area, and it was not 2 minutes later that 1, 2, 3, 4, but 5 jackals appeared out of the woodwork all hoping for a scrap to eat when the cheetahs would be done feeding. But, that was not the only scavenger that heard all of this raucous, and as if he had been given the memo, a spotted hyena came in to join the melee of fresh smells of the kill. The hyena started approaching the 4 cheetah brothers and their kill. One of the cheetah confronted the hyena, which by the way is something that cheetahs also avoid, as they are low on the predator hierarchy.

The hyena paid no attention to the cheetah’s attempt at chasing him away, and just made his way straight into the kill, and started feeding, which for me was incredible, as 4 cheetah would be able to chase off the lone hyena, but they allowed him in to continue feeding with the odd hissing and spitting attempt to discourage the scavenger.

I have never seen this behaviour before, however I have seen a leopard feeding off of a carcass with a hyena before, but this astonished me, and I can only assume that the hyena must have been a very low ranking male within his clan dynamics, and was used to showing generous amounts of sharing, while the cheetah, being the lowest ranking in the predator hierarchy did not want to loose their hard earned meal, and they knew that fighting this hyena would have been for naught, so they opted for a communal feed instead.

It just goes to show, that everyday out here in the bush a new rule book is written, and you can always expect the unexpected !!

Another amazing and special moment was when a white rhino and her brand new calf came down to the waterhole for a drink. When I say brand new… maybe a couple of hours old. He was so tiny with oversized feet and was stumbling around his mothers’ feet trying to reach her teats for a sip of the life giving milk she had been preparing for him over the last 15 months while she was pregnant.
Something like this does not come every day, and it is great to see that mother nature is fighting the scourge of rhino poaching going on in our country at the moment !! 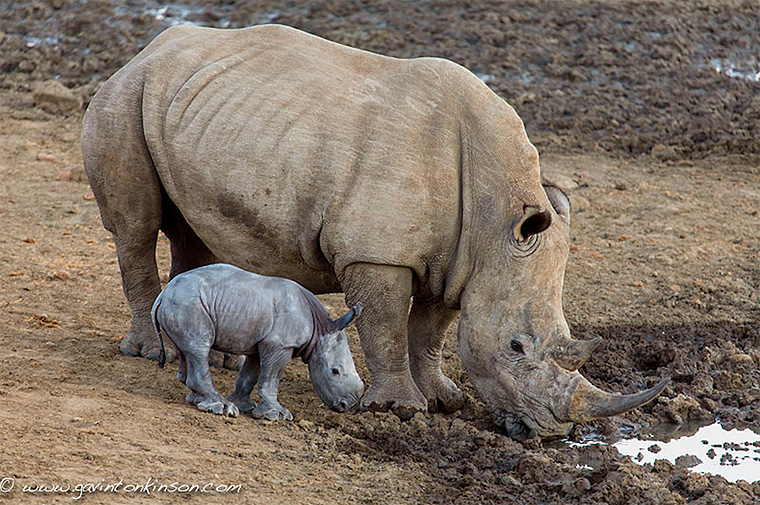 The lion prides are also doing extremely well, and the Mica and Jamala females are been kept very busy in their endeavours to catch food for them as they are growing very quickly.

The Bulaya females are also doing very well, and the new editions which are around 2 months old now, are bringing us some cute sightings as they get bullied by their older siblings.

The Naledi Males which are the fathers of the all these cubs are also moving around a lot, as they are doing some serious territory patrols going as far as the north west corner of the park to search for the Kgala male who may be a threat to their offspring, and have on various occasions this month returned to the territory with new battle scars.

The Wild dogs are still being very elusive, and we are struggling to get some good quality sightings from them, as they have still not shown their new puppies yet, but I can report that they are starting to travel with the adults on hunting expeditions, and I am sure they will be seen shortly, and we can not wait to get some good images of the new pups.

The large pack in the north of the park have had a confirmed 9 puppies added to their total and have been reported to be doing nicely, and killing on a daily basis to feed all of 26 dogs.

The other highlights for this month includes the greatest challenge for us as guides….. finding Tsala, our resident female leopard.
I am pleased to say our tracking efforts have not gone for naught, as we are finding her on a regular basis, and she has even spoilt us with some great sightings, and there is speculation that she is pregnant, so we will be monitoring her movements with great anticipation. 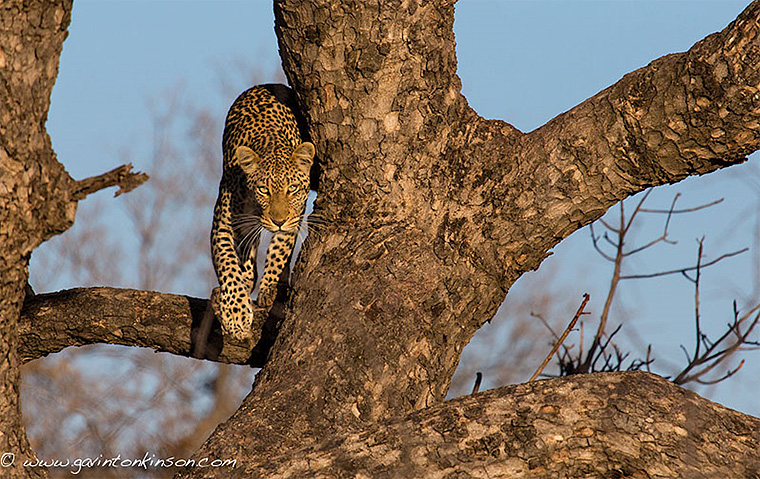 Well, that is all for the highlights of this month, and I wish you all a great August, and we look forward to the spring time coming soon…

Regards
Gavin and the fabulous T-team. 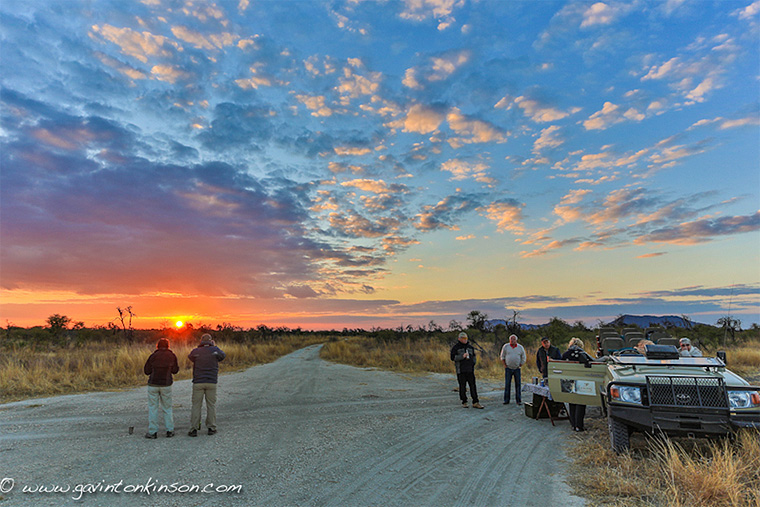 The conservation of our natural heritage lies solely in the hands of us humans, and it is so sad that we are experiencing the drastic and unforgivable acts of people slaughtering our African wildlife for the misperceived ideas of animal body parts to be used to cure diseases or enhance human performance.

I am talking about the gross killing of our rhinos for their horns.

Their have been over 450 rhinos poached this year (at time of publishing this article) and it does not seem as if it will stop shortly, as the demand for rhino horn in the Asian communities is still strong. So what is being done about this atrocity? Well, us as nature conservationists are doing all we can to protect these magnificent animals from becoming extinct in the wild by supporting conservation efforts such as this one we were a part of a couple weeks ago.

Thanks to my frequent returning guests, the Agrizzi family, sponsorship for the capture and microchip implants as well as DNA sampling was carried out on 3 rhinos on this day, as well as the capture of lions with the goal of giving them identifying brands for future monitoring purposes, and this is just a few images showing what we did on this day.

If you are also interested in being a part of this, you can get involved by contacting me directly, or the lodge on +27 (0) 82 894 0960, and we can arrange this once in a lifetime opportunity for you before the rhino becomes extinct !

The following photos show how it all goes down.

We promise you that this will be a life changing experience for every single human being involved!
Till next month!

Please remember that we are a ‘child friendly’ Lodge, with lots to do for the whole family!

Hope to see you soon! 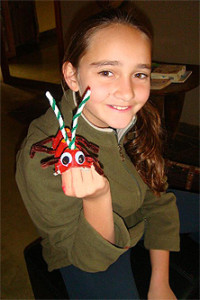 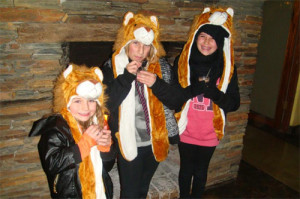 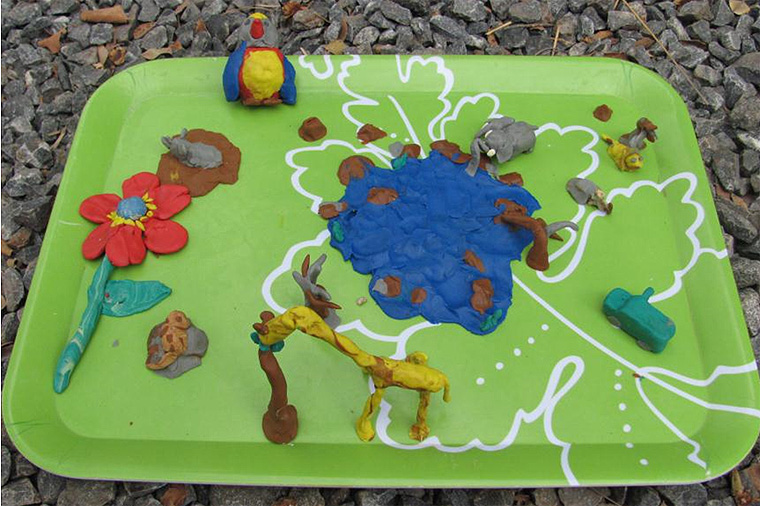