Greeting from a very windy Madikwe. Yes the August winds are howling and that can only mean one thing – Spring is right around the corner.

I have to admit that I am really ready for warmer days. Winter does have its perks and even though it has not been a very cold winter for us, I for one, am looking forward to summer.

One of the best perks of winter of course is great game viewing and August did not disappoint. We were spoiled to witness some truly amazing sightings this August.

One sighting that I can remember very vividly, is when we went looking for the small pack of Wild Dogs down in the South of the park.
We suspected that the dogs might be close to the Dwarsberg mountain range that forms the southern boundary of the park. We headed down to that area to see if we could pick up some tracks. After a bit of scratching around Gavin managed to pick-up on some fresh dog tracks and the chase was on.

I was on a road just north of Gavin checking whether the Wild Dog might have crossed over already. Lady luck was on our side. Not far from the road we spotted a Black Rhino, a great big bull and were we in for a treat, because this boy decided to come over and have a good look as to what is trespassing in his territory. My usual Black Rhino introduction to guests is, “It might charge but just sit still…” It was pretty amazing how quiet a group of people became as this black rhino is edged closer and closer. He eventually figured out we are of no great danger to him and turned tail and jogged of into the bushes accompanied by a nervous “Phew” from the seats behind me.

So by now Gavin had managed to relocate the wild dogs and I hurried up to meet up with him as he was following the dogs off-road. As we joined Gavin and it was evident that the dogs were out hunting and we knew we’re in for a treat. We followed the dogs for a while longer and then chaos erupted… THEY WERE OFF….GO GO GO called over the radio and we “put foot” as we say in South Africa trying to keep up with the dogs as they are chasing Impala all over the show.

But alas we are to slow and the dogs eluded us. Just then “IN FRONT OF ME THERE, HE’S ON, HE’S ON!!!!!” I shouted into the radio as an Impala with a Wild dog in hot pursuit raced past in front of me and we were off again, but to no avail, as no dog and no dead Impala were found. Then just as I am about to give up, a fellow ranger finds 4 wild dogs jogging down south and I decide to join him and see where the wild dogs will lead us. As I’m about to join him a call over the radio comes in – “Hurry up, they’re about to make a kill!”

I arrived on the scene to find the wild dogs busy killing a Gemsbok (Oryx) calf while the mom is still bravely trying to fend off the dogs with her long sharp horns. Not a scene reserved for everyone, but out here it is nature in its most brutal raw form and itis truly amazing to see. After a few short minutes the Gemsbok calf is dead and already partly devoured when 6 Spotted Hyenas arrived on the scene. They probably heard the kill being made or the smell of blood alerted them to the possibility of a free meal.

What a sighting to see the Hyenas chase the Wild dogs and then the dogs retaliated and sent a Hyena or two running as they bit at their hind quarters. We sat amazed at the scene playing of before us and only left when the sun had dipped below the horizon to go and have a sundowner and reflect on the scene we had just witnessed. 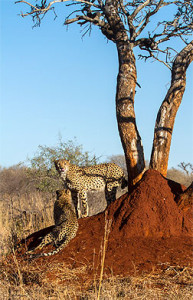 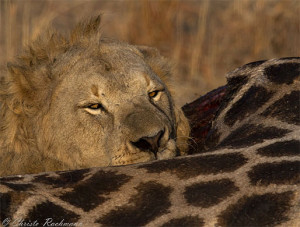 Our 4 Cheetah brothers are doing amazingly well, considering their prey of choice at the moment is Wildebeest and they are almost taking one down every second day. They of course consider themselves the wanderers of the park and constantly astonish us with the distances they move through the park. They can easily tranlocate from the east of the park to the west in a brisk 2 day march.
We caught up with them one morning after some serious tracking and spent a bit of time with them. They were marking some territory as well as sunning themselves on the chilly morning.

Our 2 new Kwandwe male lions also could not believe their luck as they stumbled onto a dead giraffe carcass, and spent almost a week feeding off it. Apart from the smell, it provided us with some great sightings. The jackals was especially exciting to watch, as they sometimes could just not control their hunger anymore and would then sneak up close to where a lion was feeding to try and steal a piece of meat. 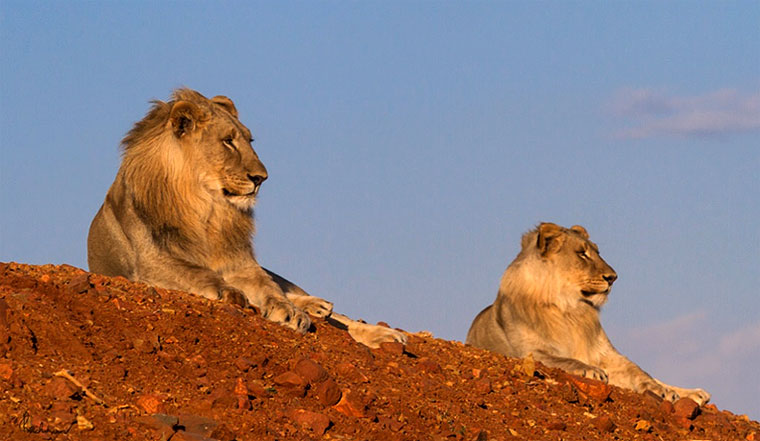 These two young males is the Chimbro brothers and we found them enjoying the view from Tlou dam wall, maybe thinking one day we will be the rulers of this piece of Africa.

Well that is it from Tuningi for the month of August, now we can start looking forward to the rain and the migratory birds to bring some colour back into Madikwe.

Hope you all have a great September.
Regards Christo and the T-Team

PS. Please remember to go and like our new business page on Facebook for the most recent bush news and photos. 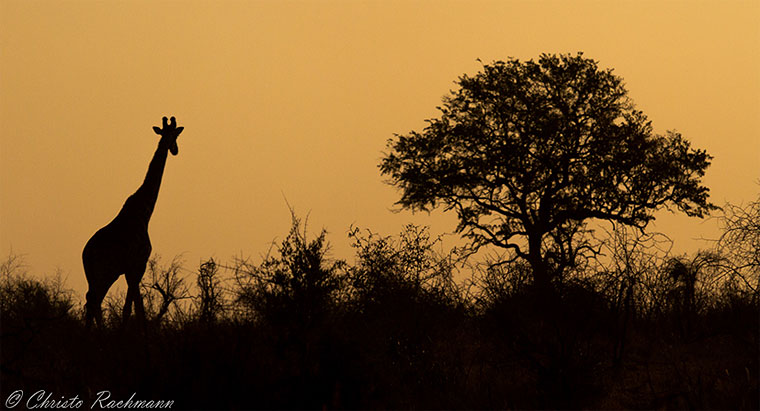