Well this month has been a month of rising temperatures, and the promise of rain in the air.
Yes, it is still incredibly dry at the moment, but the game sightings are still cooking, and as ever, Tuningi is churning out the incredible sights and sounds that mother Madikwe has to offer.

We will start off this month with an update on what this reserve is famous for…. The Painted Wolves, AKA African Wild Dogs.
The small pack which we get to see the most of because of their proximity to the camp are doing extremely well, and all the pups seem to be overcoming the day to perils, and have started following the adults on their daily hunting excursions as opposed to being den bound up in the mountains somewhere. One morning we were lucky enough to be involved in their successful hunting down of a steen buck, but it was all over in a matter of seconds as they ripped and pulled the steenbuck apart all wanting a piece of the small antelope. 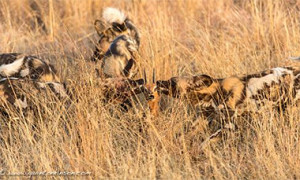 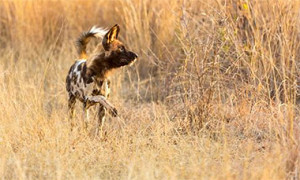 The larger pack residing in the north of the reserve is also doing very well, and are also hunting up a storm and killing some of the larger herbivores such as kudu and wildebeest. The pups are also doing well, but alas 2 of them were killed by lions at the den site one morning. This is something which happens every year as the den site can emit some odours which attract the larger predators. 60 % of pups in the wild will not make it to their first birthday due to various factors including the predation from the larger predators. 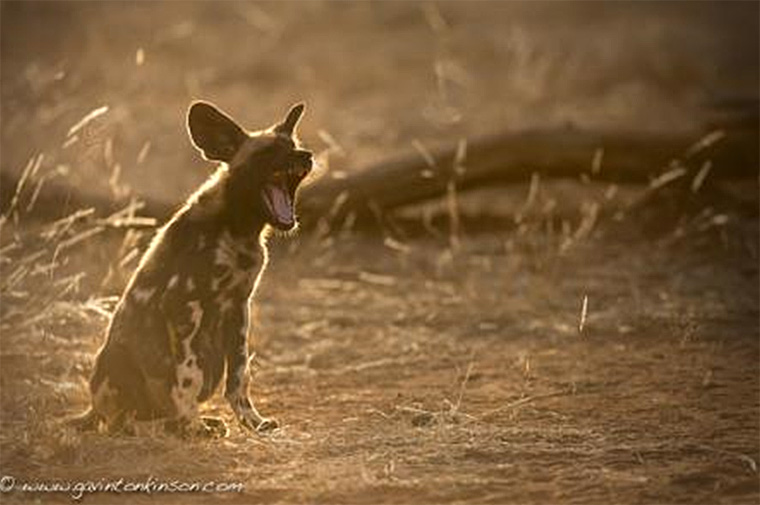 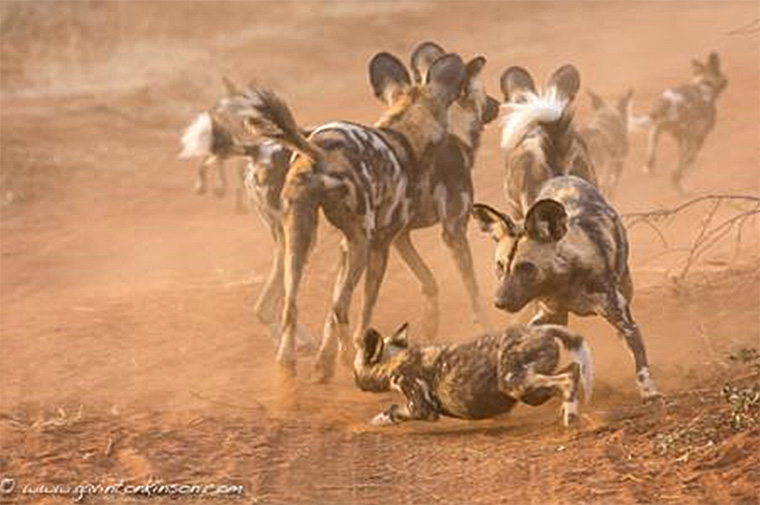 The lions…
Well, with conditions being desperately dry at the moment, the herbivores are not in the best shape they can be, and are weaker than usual, thus the lions are having a field day out when it comes to their success rate. The Bulaya pride to the south west of the lodge are doing very well, and the 2 youngest cubs are now 4 months old, and the other 3 are now entering sub-adulthood, as the young male in the group is starting to show signs of his maturity in the hairs of his mane becoming visible. The Bulaya females are doing exceptionally well considering it is their first litter of cubs. 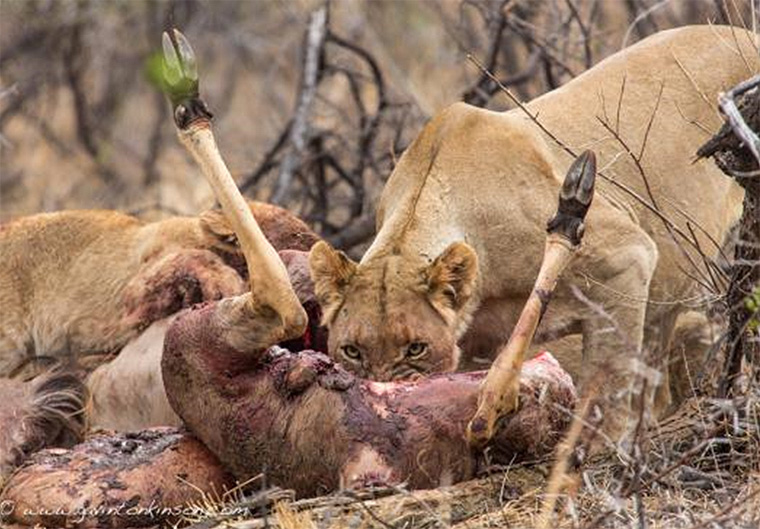 The other pride to the south east of the lodge are acting slightly strangely as they are pushing deeper and deeper into the Bulaya pride’s territory, and this could be due to the pressure being asserted from the new boys on the block… the Kwandwe males which are claiming the vacant territory east of the lodge. This behavior is causing the Jamala and Mica females to seek refuge in the heart of the current reigning males, the Naledi’s territory. 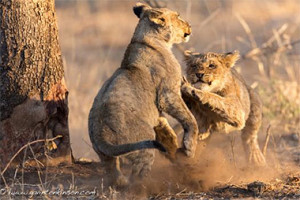 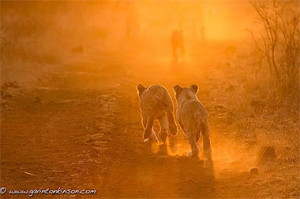 So a huge territorial fight was always going to be eminent, and came a few weeks ago when the Naledi’s intercepted the new comers, giving them a hiding ten to one resulting in one of the Kwandwe males being badly injured on his hind leg. This sent them running further east to lick their wounds leaving us to have a new found respect for the old Naledi boys.

The waterhole at the lodge is an incredibly busy place at the moment with some incredible sightings of large herds of elephants joining the guests as they have lunch, as they have some fun in the mud to cool their hot bodies. Buffalos are also a regular feature at dinner time as they too come down almost every night to drink and mud bathe. Don’t forget our resident tame bokkies….. “Kollie” the bushbuck and “Klippie” the klipspringer that are always entertaining our guests on the pathways to the rooms. 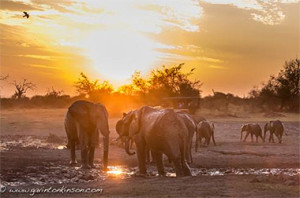 The cheetah brothers 4, are loving life in Madikwe at the moment, and are looking impressive. They are killing on a twice weekly basis, and are wowing our guests with their majestic presence, however they are still travelling through the length and breadth of the reserve in search of a sign of a female, which the park is in the process of obtaining before the end of the year. 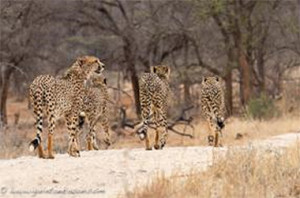 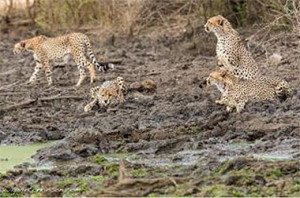 The other single male has been very scarce, and was not often seen this month, but when we do find him, he seems to be doing very well without his brother who was killed a few months ago by an unknown source.

Well, that is all for this month, and we look forward on reporting on some amazing sightings next month once again !!
Regards,
Gavin.

PS. Please remember to go and like our new business page on Facebook for the most recent bush news and photos.