The changing weather we have had over the past month made for some challenging experiences.

Some days the heat would chase everything into the shade or just somewhere we can’t see them. Then the next day the wind would blow everything away. We even had our first 5 drops of rain! So it wasn’t always easy to find the animals, but when we did it was very rewarding. Half the fun out here is in the search. 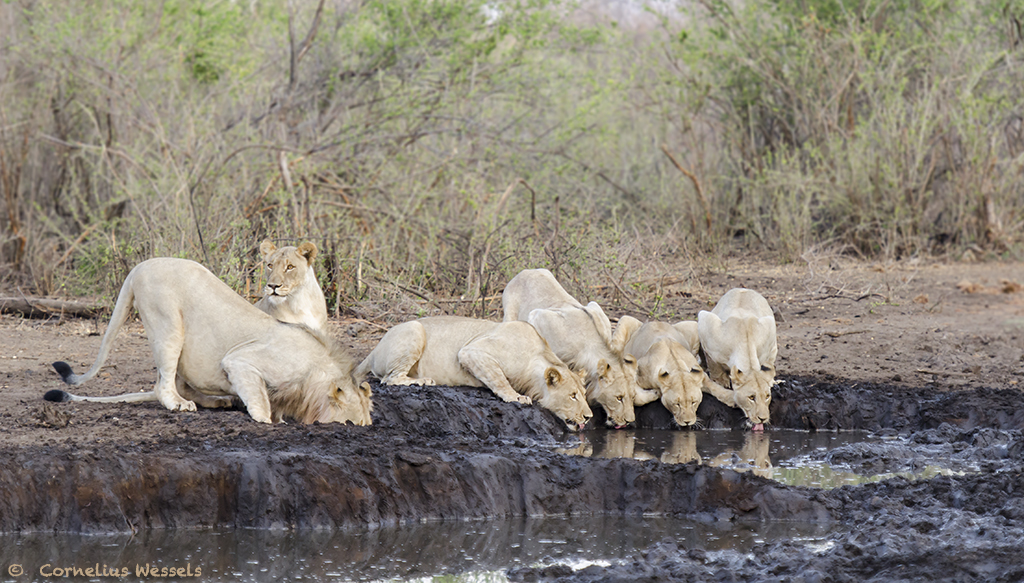 Some days we would have so much going on at the waterhole, there was no need for a game drive, but we could never miss that challenge. During the day elephants and a variety of other game kept everyone entertained at the waterhole.

In about a week we had all the big 5 at the waterhole. It happened on two occasions that while the guests were enjoying a Boma evening next to the waterhole, a leopard would come to visit! One night there were 2! A massive herd of buffalo also spent some time around the lodge. 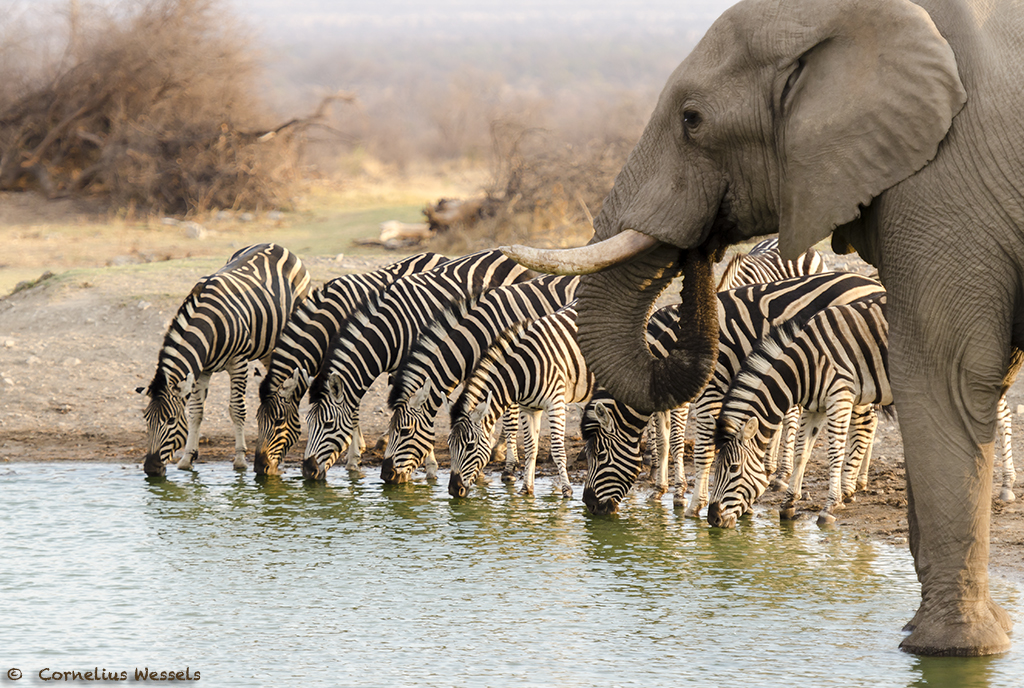 The amount of game we get at the waterholes is mind blowing. The interaction we saw between so many different species was very interesting. Elephants, however, were still the rulers and bullies in the water when enjoying a bath. 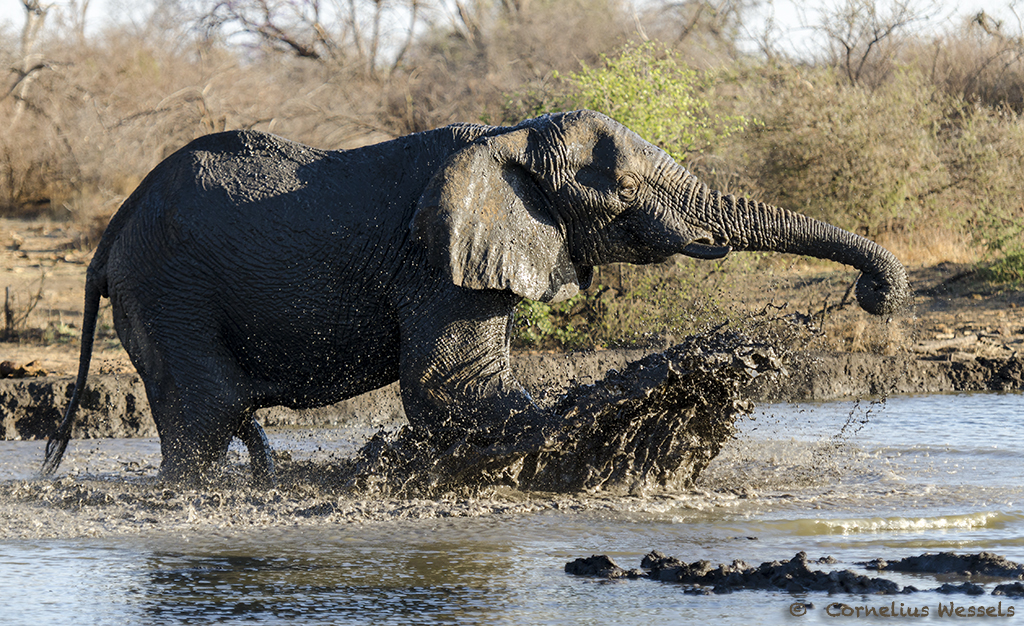 At Inkwe pan we saw the entire big 5 within an hour. And we didn’t just catch a glimpse of them, all of them were quality sightings. 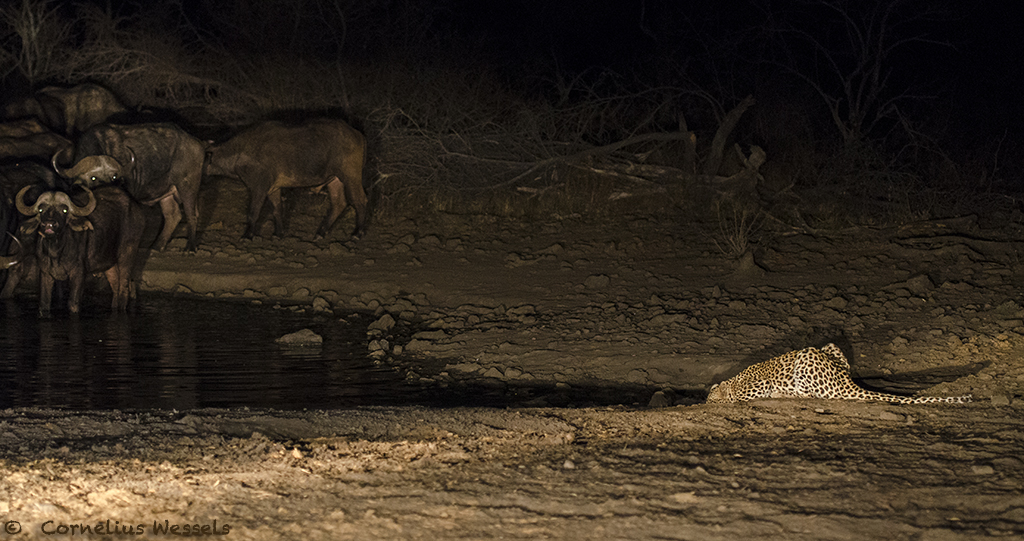 If we were in the south of Madikwe, Inkwe pan was always the first or last stop for most drives, as there were always something happening there. 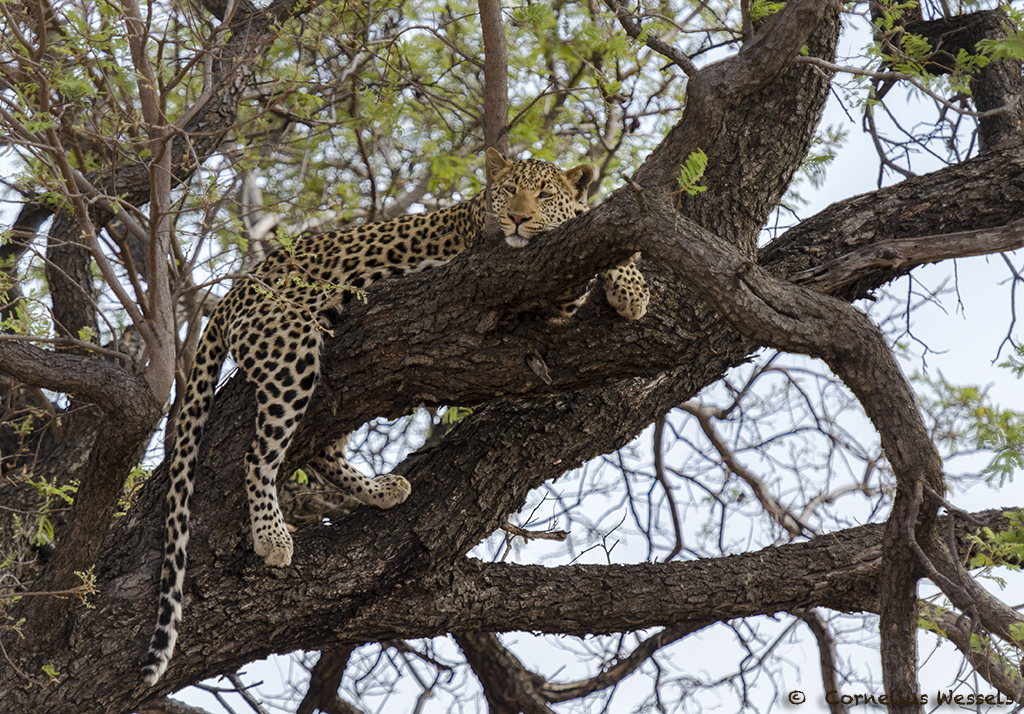 The young male leopard in our area made himself seen more often. One of the sightings started in the morning, without actually seeing him. I spotted an old Impala kill in a tree at the end of the morning drive. That afternoon I had another glance at the same tree and yet again something looked different. After closer investigation, it was Samson, just lying there as they do, making any position look very comfortable.  We also saw him a few other times up and down trees as he followed a herd of impala. 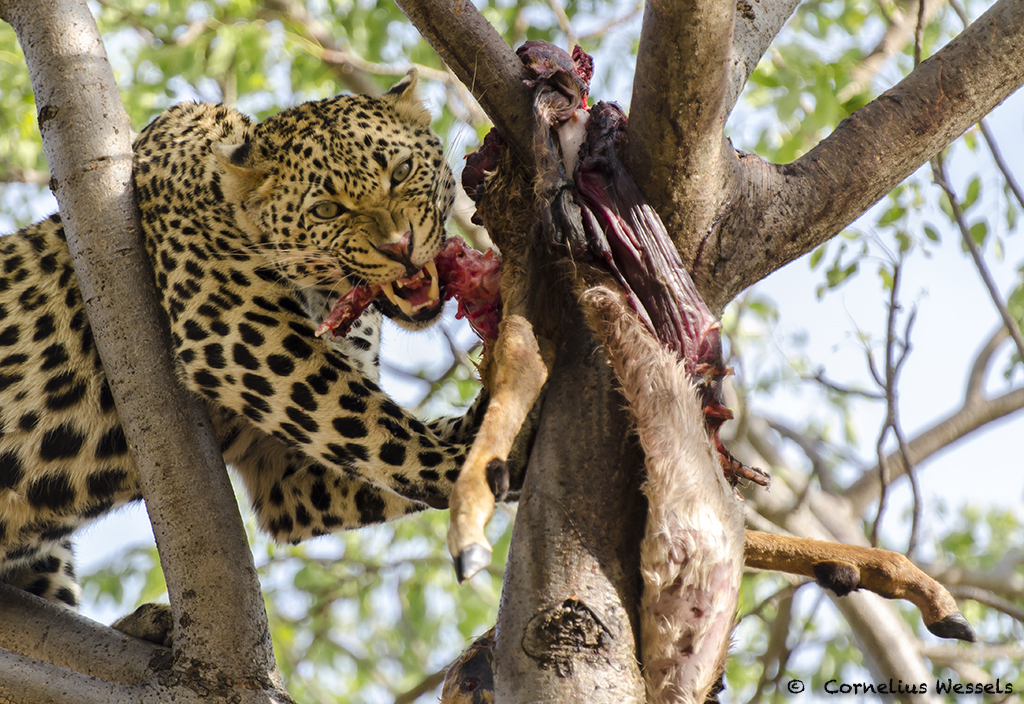 Two days later, he was found with a massive reward.

After the 3 Chimbro male lions took over the southern part of Madikwe, they went on patrol all over the park, probably looking for more trouble. After a week or so they were back and tracked down the females in their new territory. 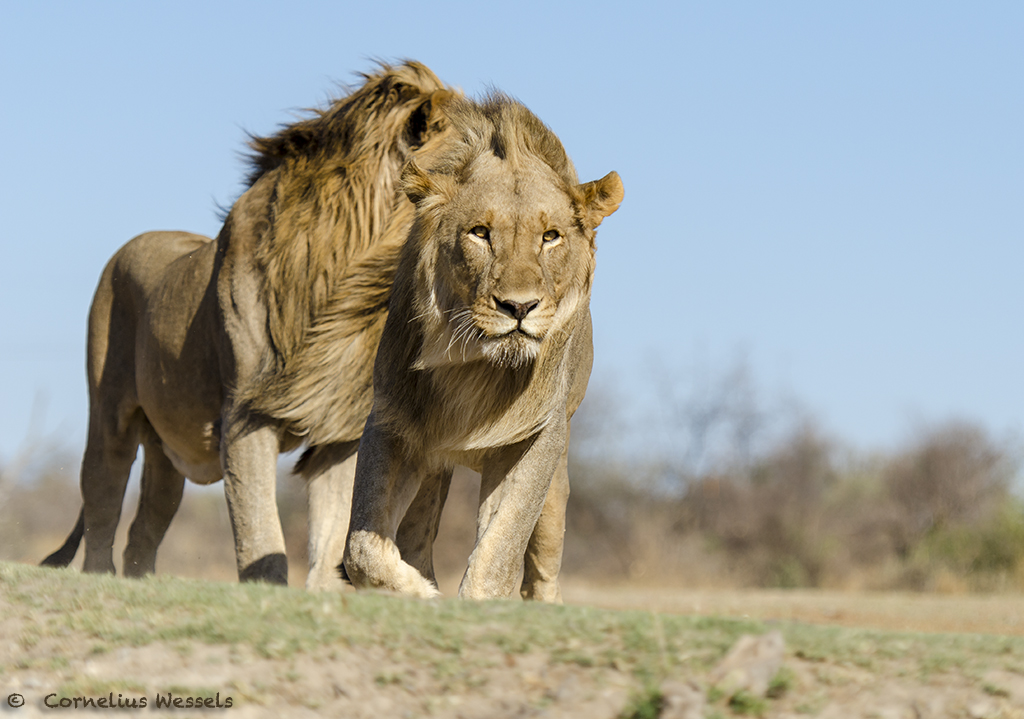 One of the older and more dominant males mated with a female for a few days, as they do. More evidence of them settling down with their new pride.

Half of the Mika pride was found on the airstrip finishing a wildebeest feast. 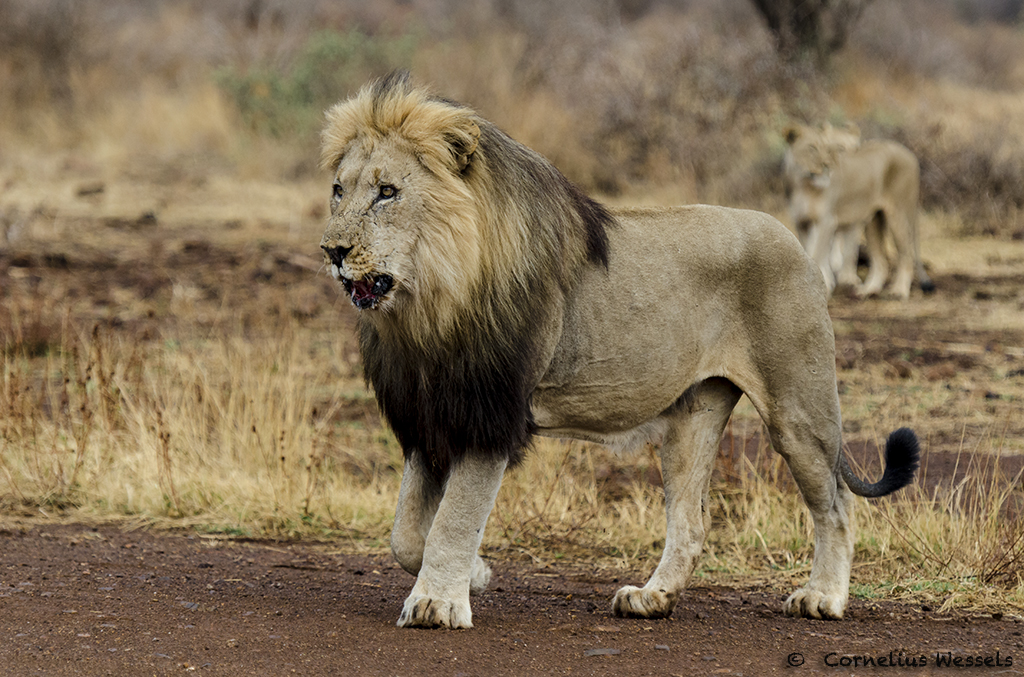 They were surrounded by approximately 10 Spotted Hyenas and 6 jackals, all waiting for the last scraps. It was amazing to see the interaction between so many animals at one sighting. As we were about to leave, the Naledi male and Bulaya females showed up to join in the action. The females kept their distance, but since the Mika pride used to belong to the Naledi’s, he ventured closer and what a show. 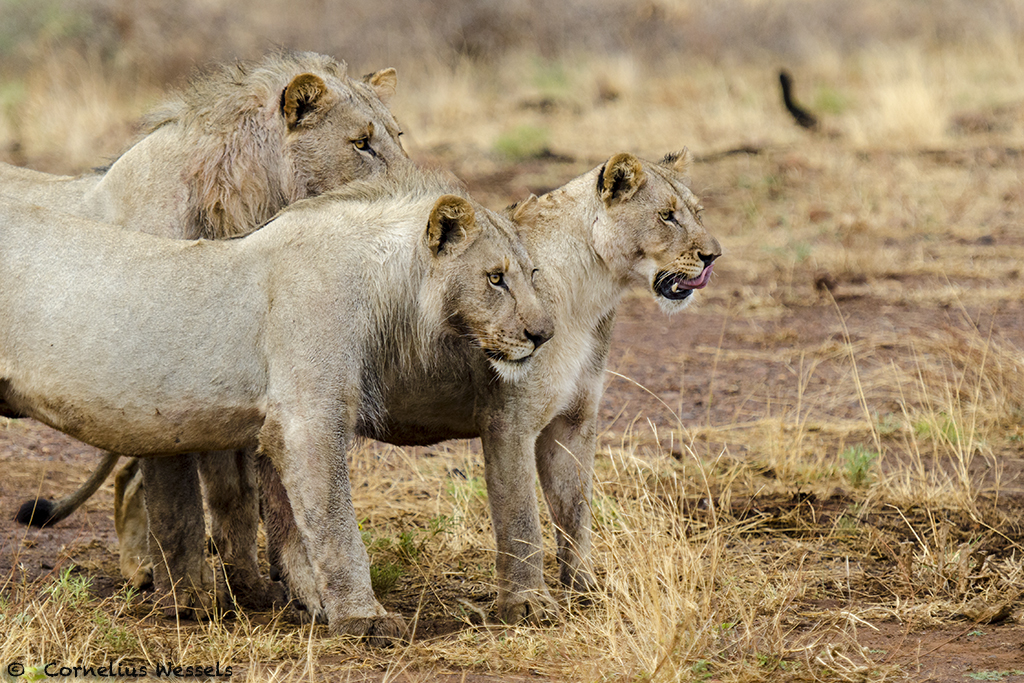 He walked right up to them and roared in their faces, just to tell them who is still the boss. Amazing!!! 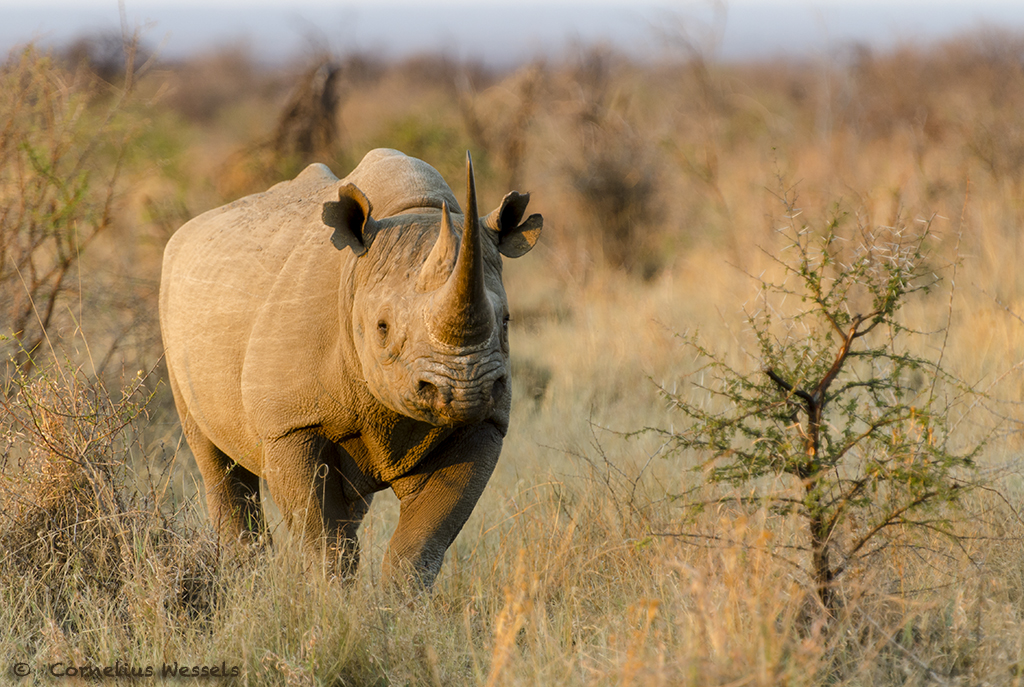 Loads of other exciting game also made their appearances. 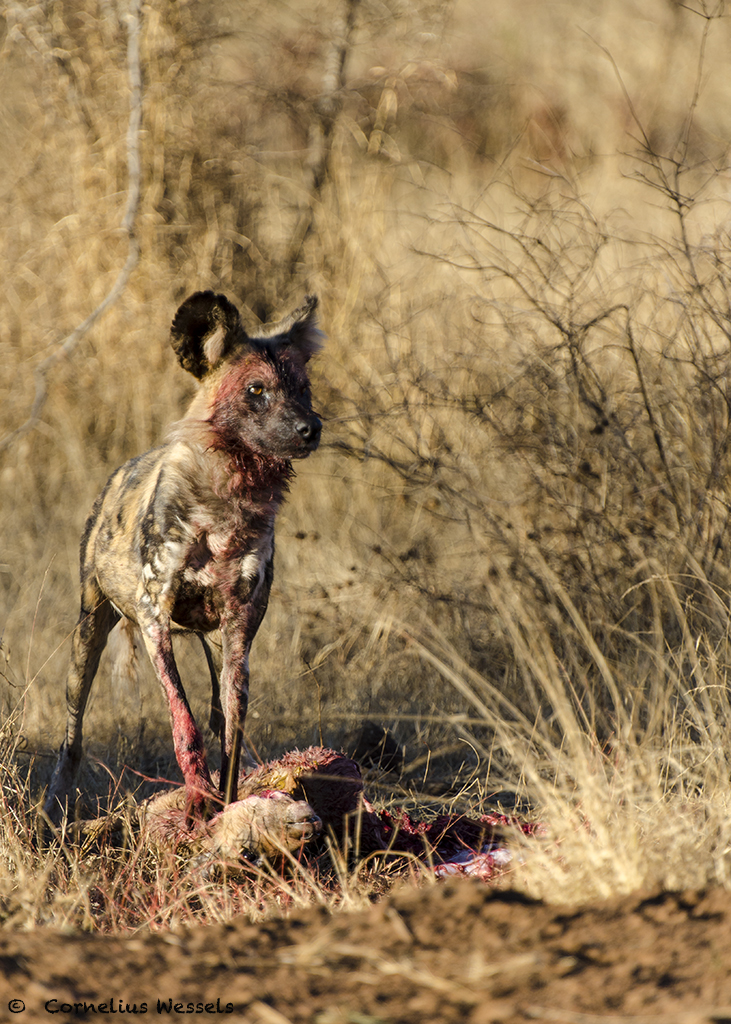 It wasn’t always easy to find the Wild dogs, as the southern pack had split up and the northern pack, well, kept to the North. They were seen around the lodges a few times.

Every few weeks the four cheetah came to the south of the park and as always, it is treat to see them. Here they killed a fairly large wildebeest. They spent the whole day there eating as much as possible. They left the remains just before sunset to avoid confrontation with any other predator. 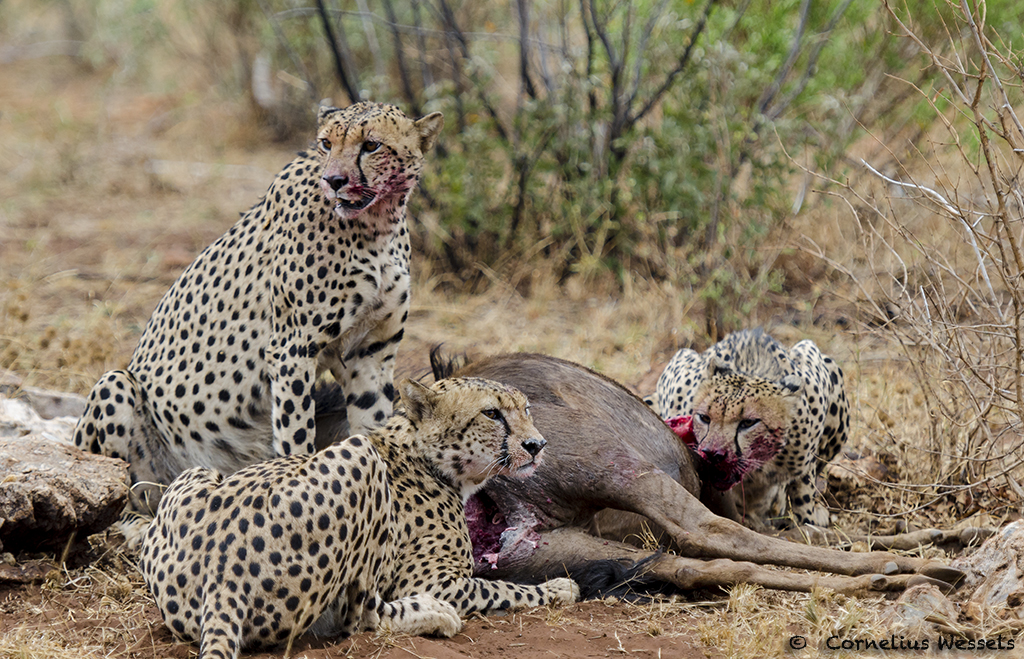 Finally, Madikwe is getting female cheetahs!!! Thank you to everyone that made it possible. We are all looking forward to the new additions to the Madikwe family.

Although we have had some very good sightings with the bush thin and dry, we loved the first rain we got. Everything looks and feels different once it has changed to so many different shades of green. With the cloudy mornings we get some spectacular sunrises. 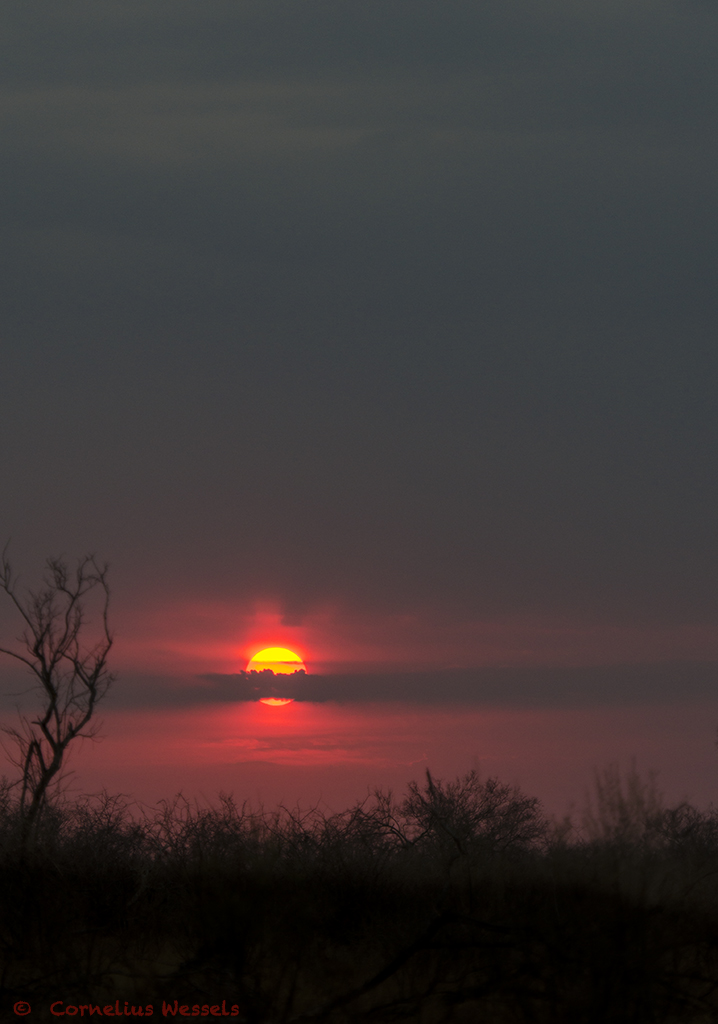 We are looking forward to a beautiful summer in the African bush!