A chilly and season changing greetings to all of you Tuningi Fans out there !!

Yes, the season is slowly changing, as the August trade winds start blowing south sending plumes of dust into the African sky and creating some amazing dawn and dusk colors here in Madikwe.

As far as the amazing sightings are concerned on our safaris in the park… well, nothing has changed……IT IS STILL AMAZING !!

Lets start off with the best news ever !!

The south pack of wild dogs have finally settled down at their den site deep in the Dwarsberg mountains, and showed off their offspring to us for the first time this week. There have been various counts of exactly how many puppies we have seen, but the biggest number has been 12, and there may even be more.

This is super big news and, even got us rangers to spare a tear or two as the adults come back from their hunting escapades to regurgitate meat for the puppies, which are about 4 weeks old now. Once they get fed on both milk from the alpha female as well as fresh meat from the minders, they will be growing very fast in the next few weeks until they are weaned, and then hopefully will all be fit and ready to run with the adults on hunting expeditions in the next couple of months. See the video below for our first encounter with the little guys as the adults feed them.

The waterholes in the park have been hectic to say the least, as you can see up to 100 elephants all at once around Tlou dam to the north, and even around the lodge, it has been crazy busy with herds of up to 200 buffalo visiting us frequently, together with all the different species of plains game joining you for lunch as you sip on a crispy cold beer or a tasty G&T….. 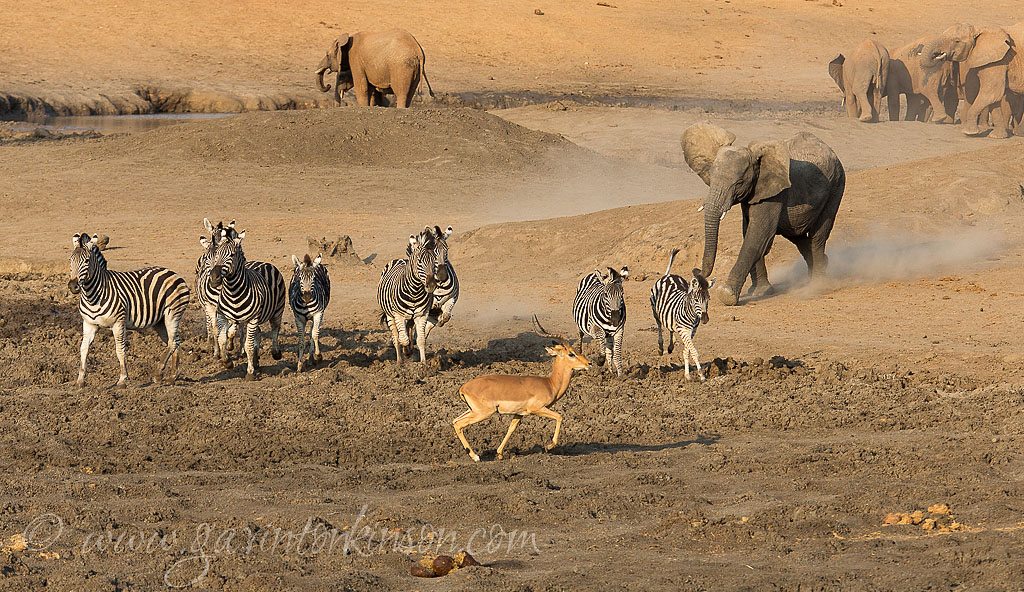 Samson, our resident male leopard has been treating us royally this month with a couple of awesome sightings as he killed a kudu and fed on it for 5 full days much to our delight… This made our job as rangers so much easier that week as the leopard is something that we need to spend many hours of hard tracking on. 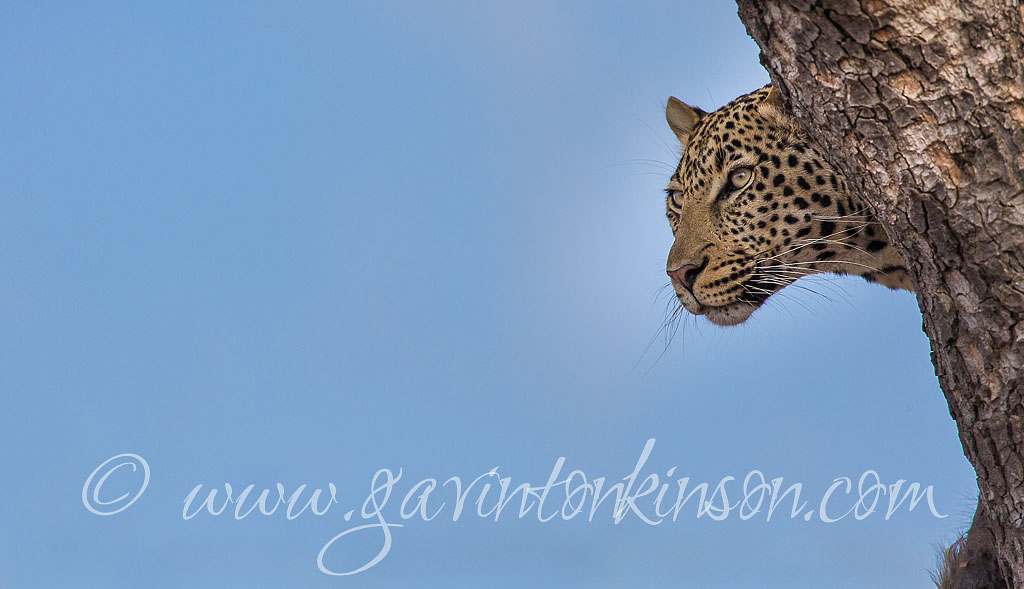 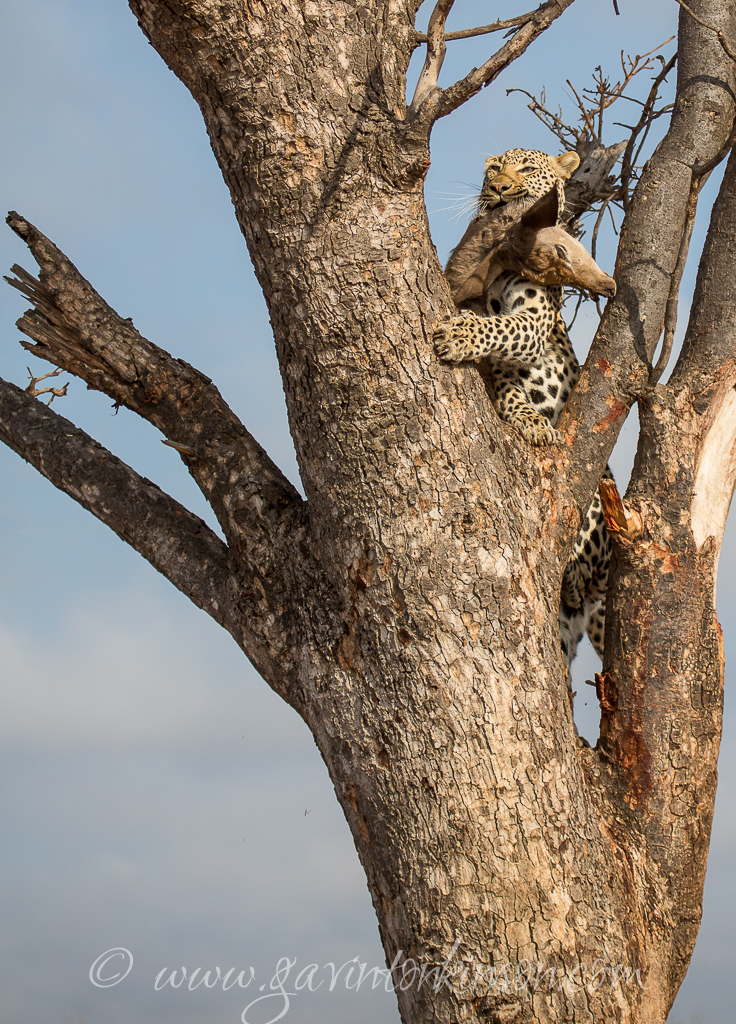 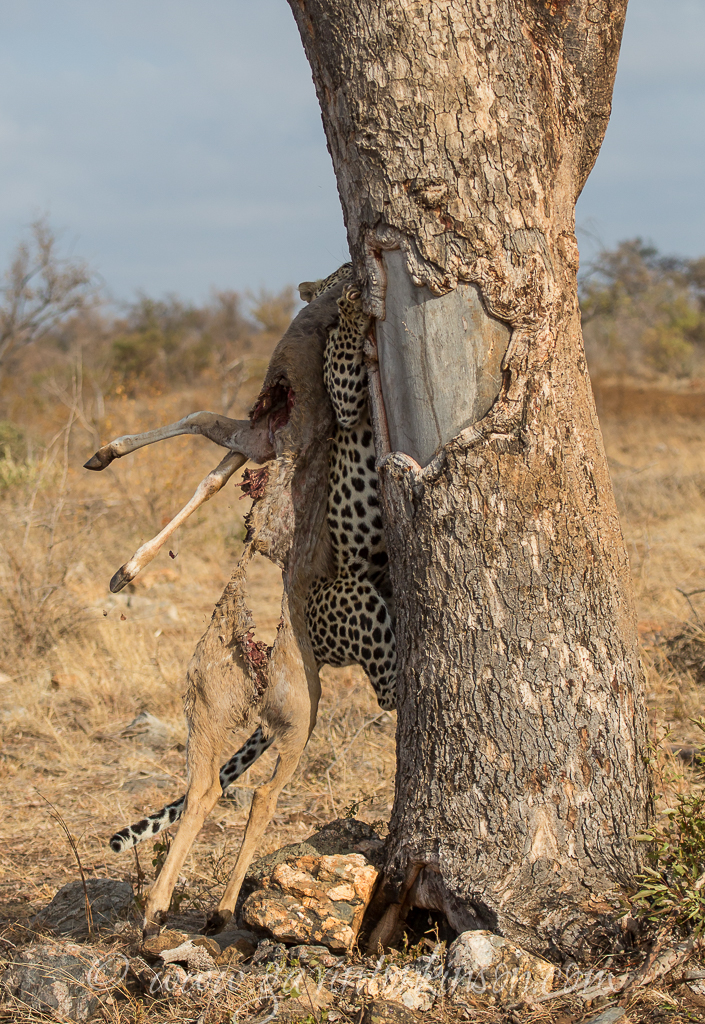 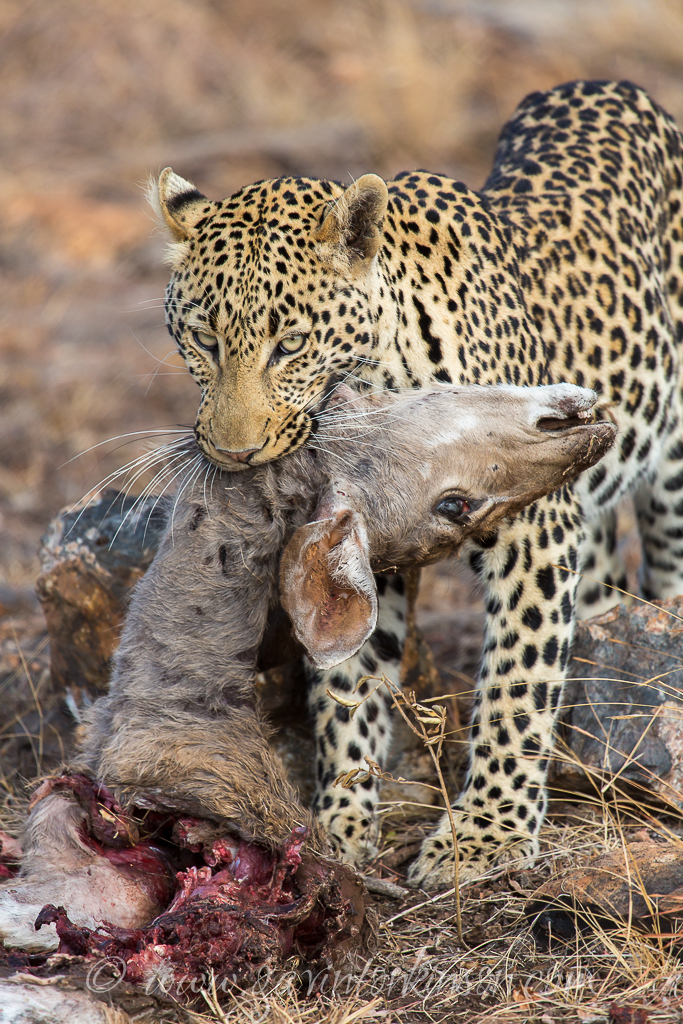 Tsala our resident female also made a few appearances, and it seems as though she may be coming back into estrus after she last her last set of cubs to a possible hyena attack. She has over the years never been a great mother, and I am yet to see her raise cubs successfully. 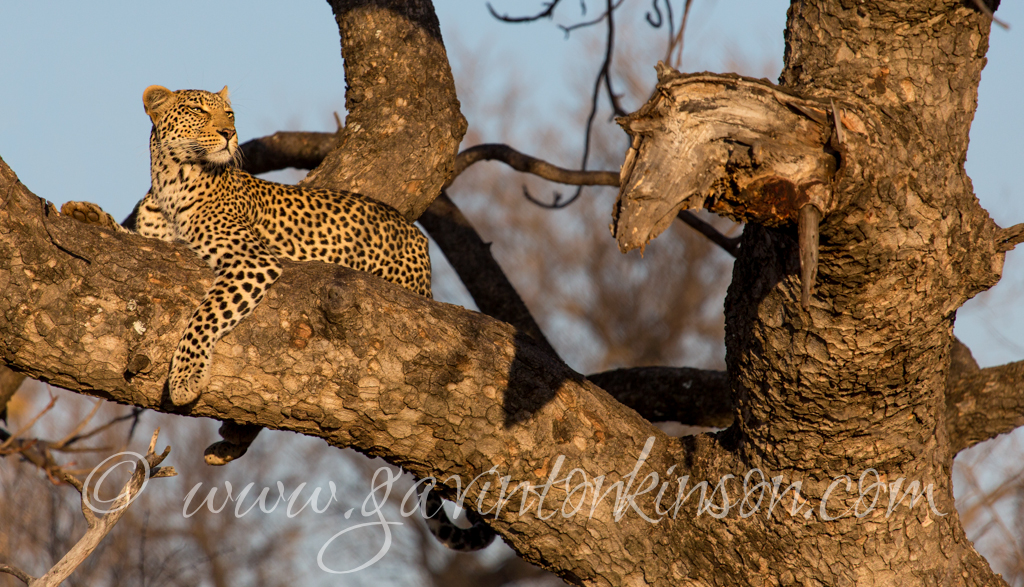 The resident female from the north, Phodile has not been seen all that much lately, but she did give as a memorable sighting one afternoon when we found her been a bit lazy, listening to the sounds of clicking impala hooves in the distance. She posed for us for some time before suddenly standing up and moved swiftly into the direction of the impala that she was after and disappeared into the dense thickets. 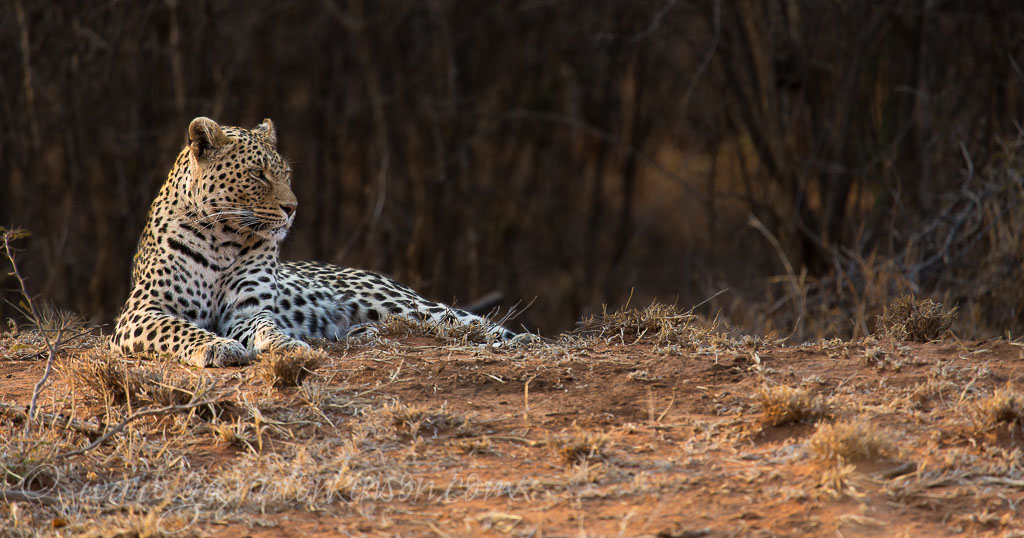 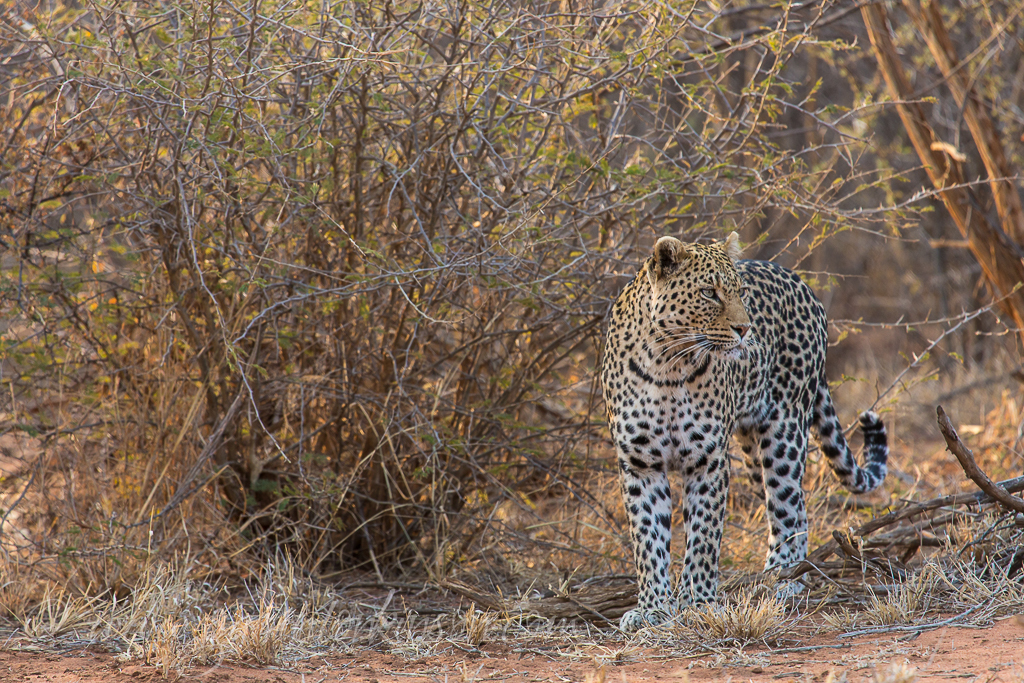 The lion politics in the south west is still raging on, and the Kwandwe males are causing absolute chaos, as the Mica pride have now split up into the 2 older Mica and Jamal females, and the 2 younger Matlapa females which defiantly don’t seem to enjoy the presence of their new kings. 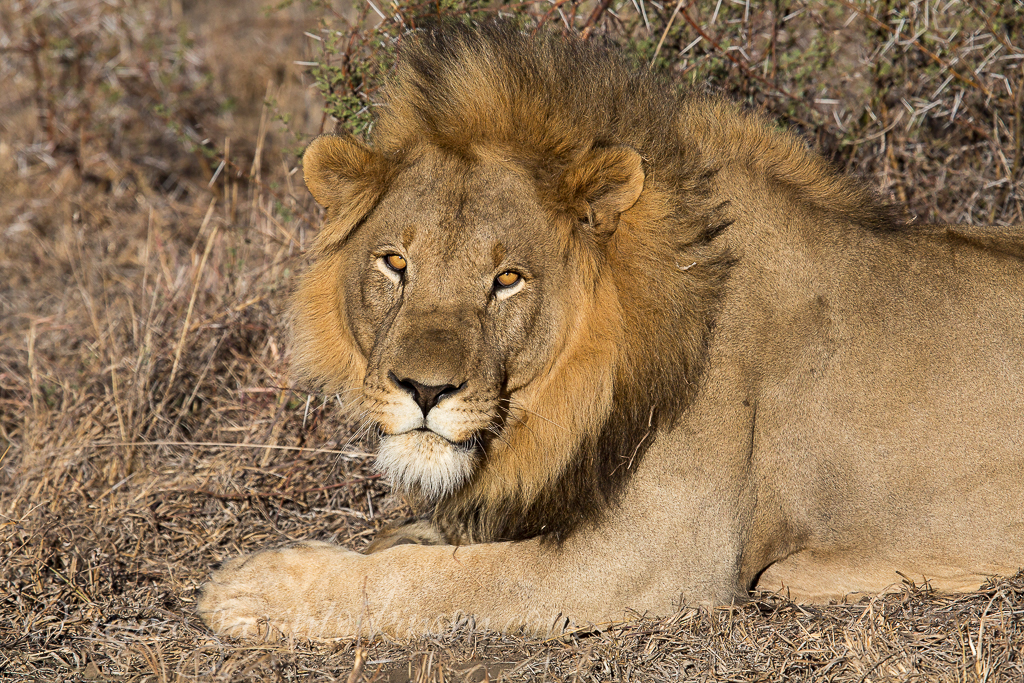 The Matlapa females seem to be doing well even if they don’t have the support from their mothers, and are killing often keeping them in tip top shape, but it cant be too long before they too will have to mate with the Kwandwe boys, and then we will have new cubs in our resident area. 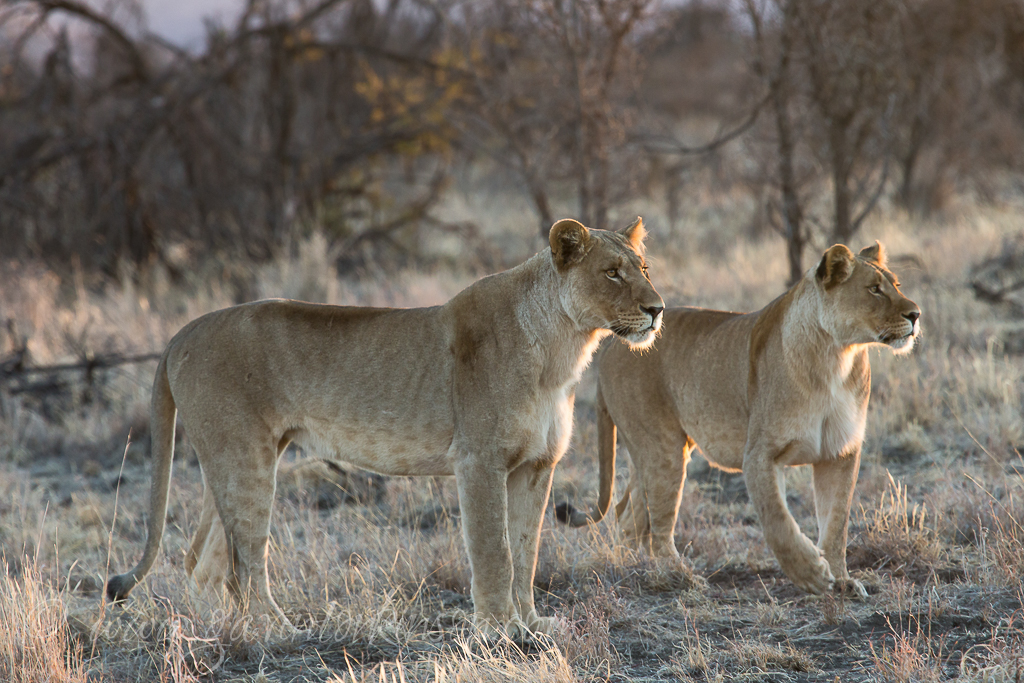 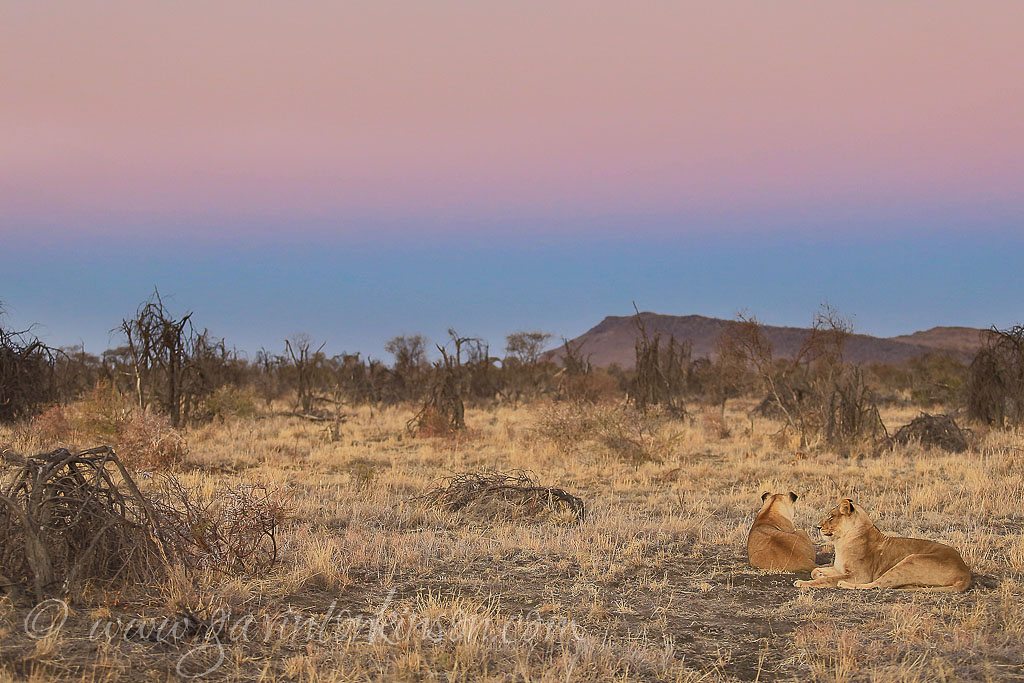 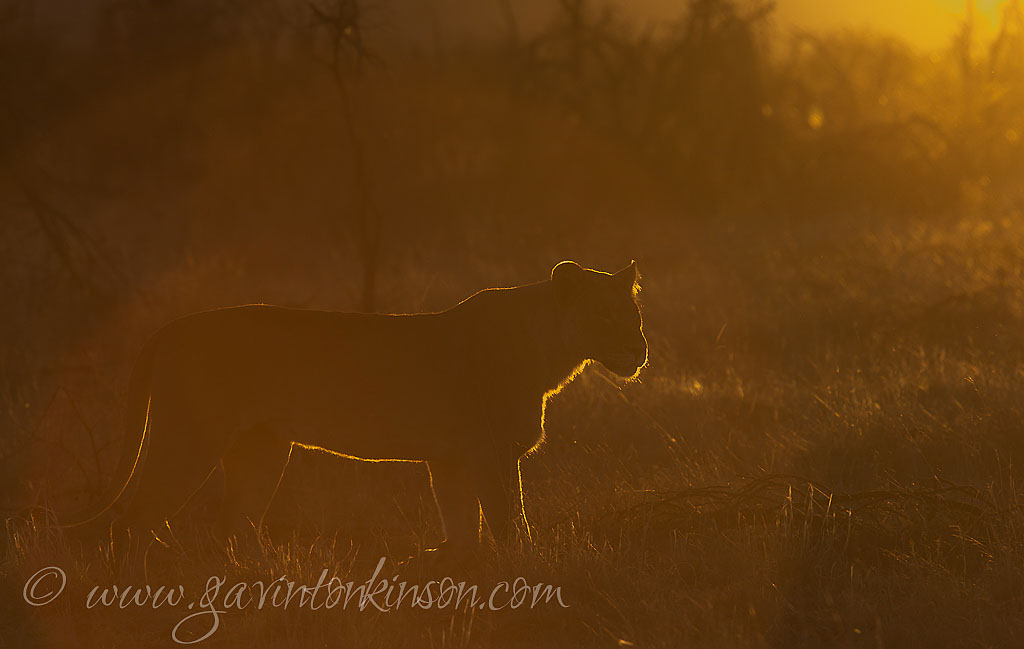 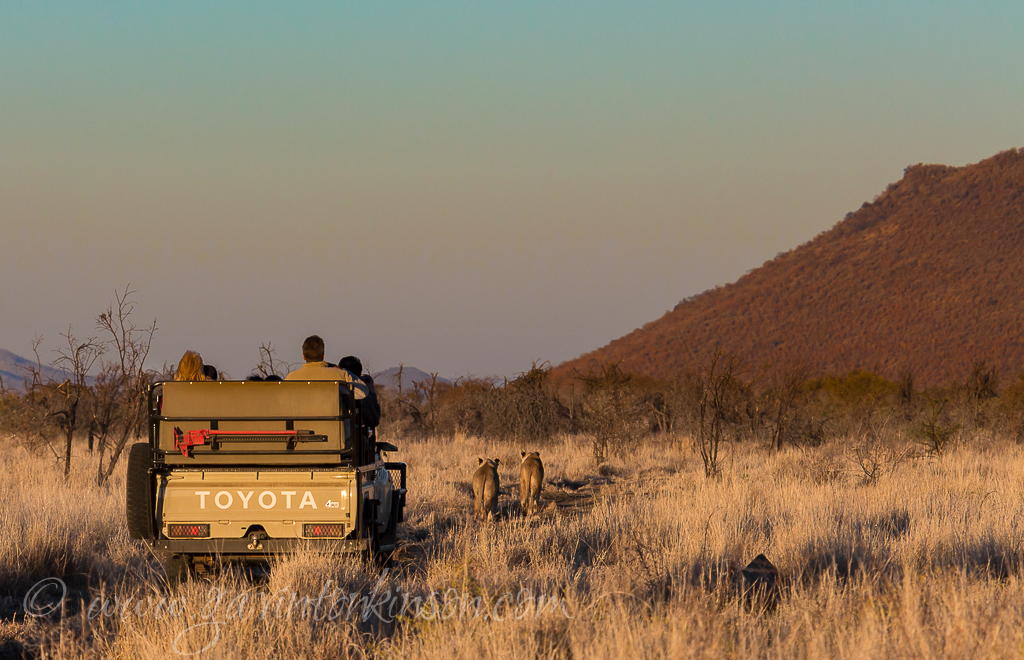 The pride to the east… The Chimbro males and the other Mica and Jamala female have also had their share of politics as the 3 new boys fight their way into the rights to mating and the kills, and the males are bearing the scars to prove it, as it seems that the completion between them is strong at the moment. 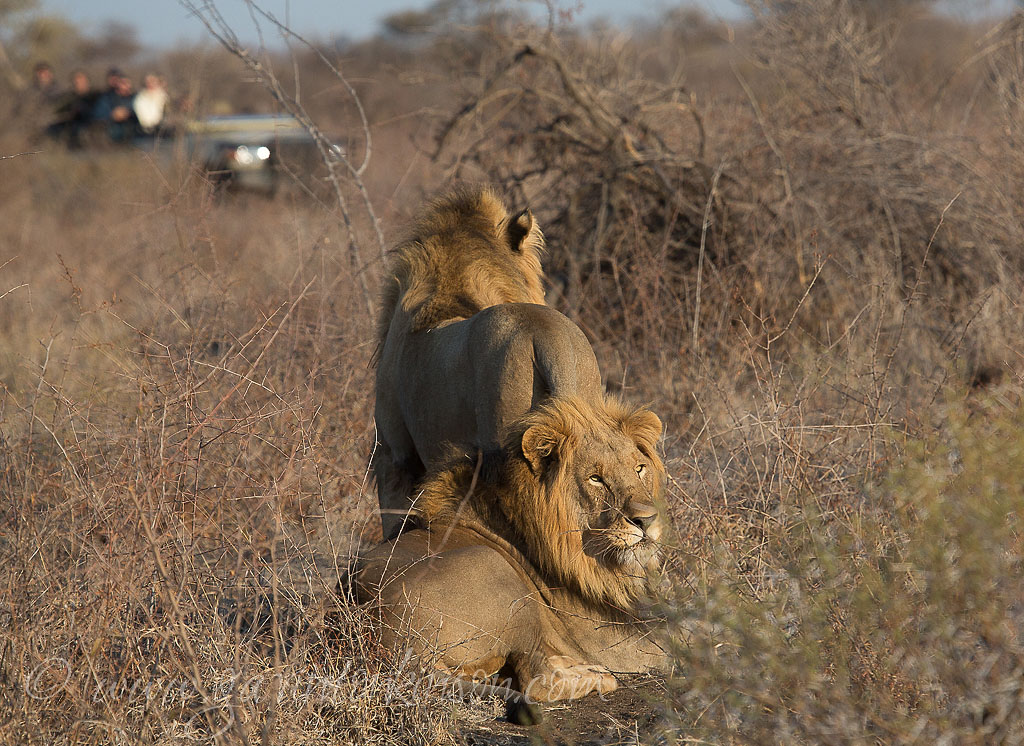 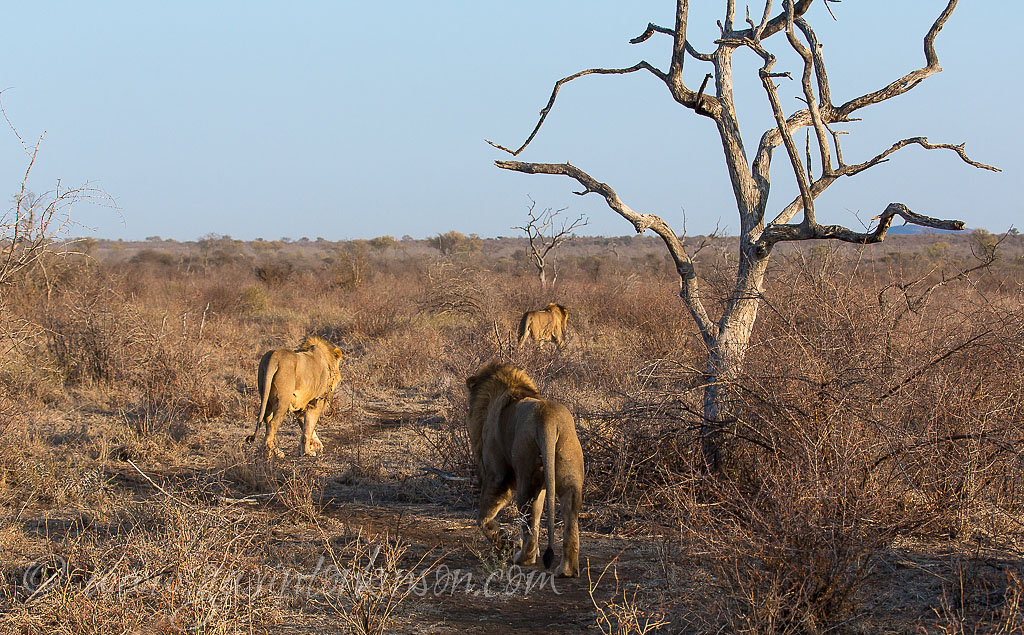 We also had an idea that the Jamala lioness did have cubs a while ago, but we think that one of the 3 males are responsible for killing them, much to the anger of the females, and now gives them no choice but to come into estrus again and mate with them in public, so that this does not happen again, which will make the males realize that they now have the responsibility of protecting the cubs for the future. 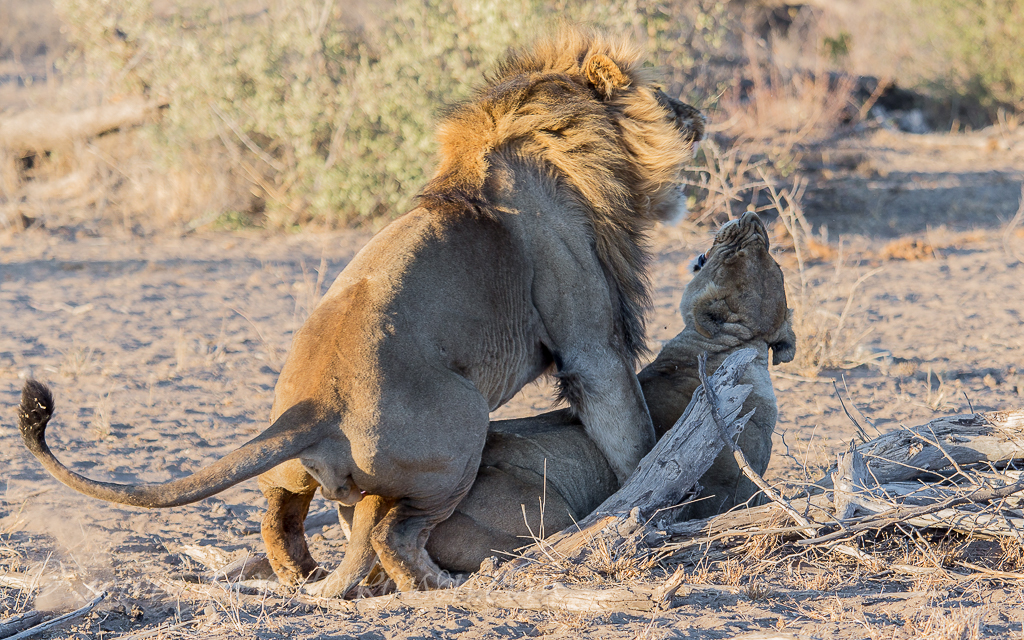 As far as the rest goes… well it has been a special month with 2 full moons in a calendar month, which is very rare, and the image below is one of the moon rising over the Dwarsberg to the south, with Cornelius’s guests in the vehicle. 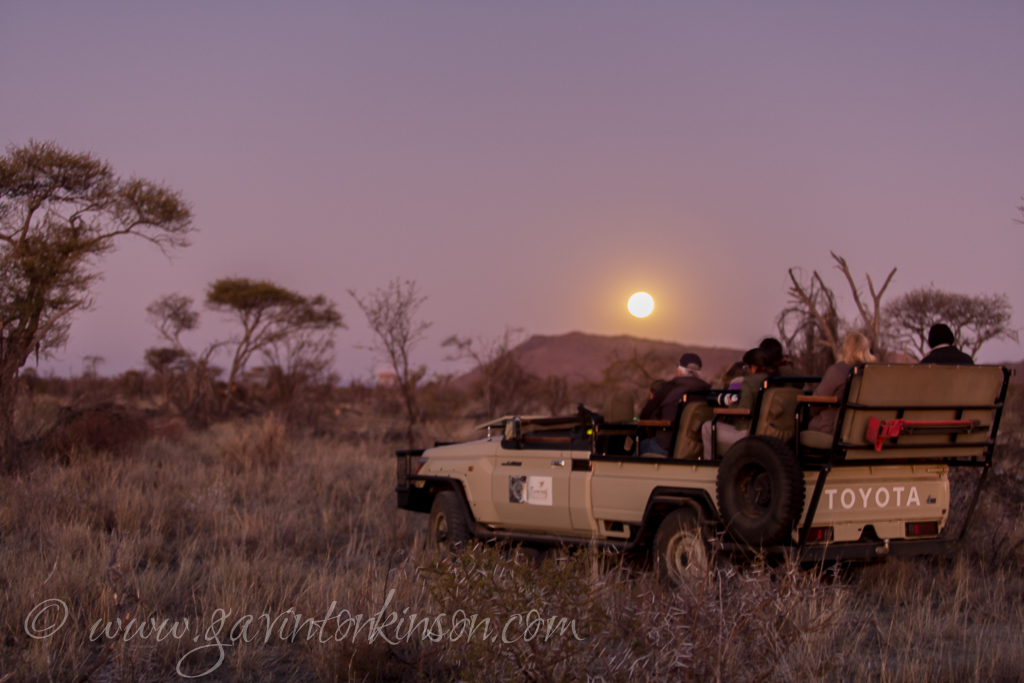 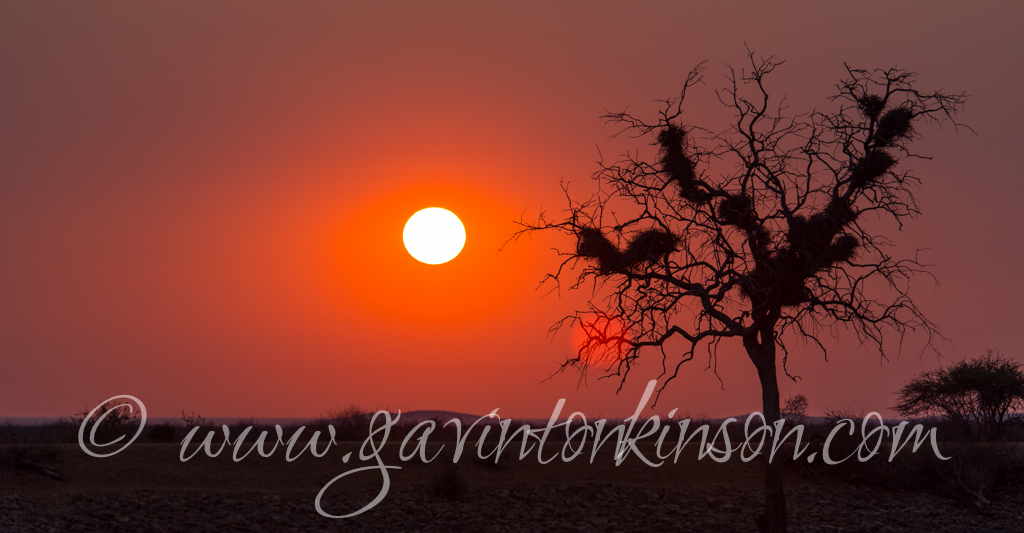