Another month has flown past and it is hard to believe that more than half of 2015 is already something of the past.

Thus far winter has been treating us kindly, with only the occasional chilly day or two, but on the whole we are enjoying very moderate sunny days, that burn off the bit of the chill from morning game drive very quickly.

With it being winter the bush is still getting dryer, one advantage of this of course is that it makes game spotting a little bit easier and game spotting has as always been pretty good this month.

Tlou dam was still a hit this month, even though the dam’s water level is now very low, lots of game still rely on the dam as a main water source and it is not uncommon to sit on Tlou dam wall and see a swirling dust cloud approach as a big herd of buffalo or elephants make their way to the water. 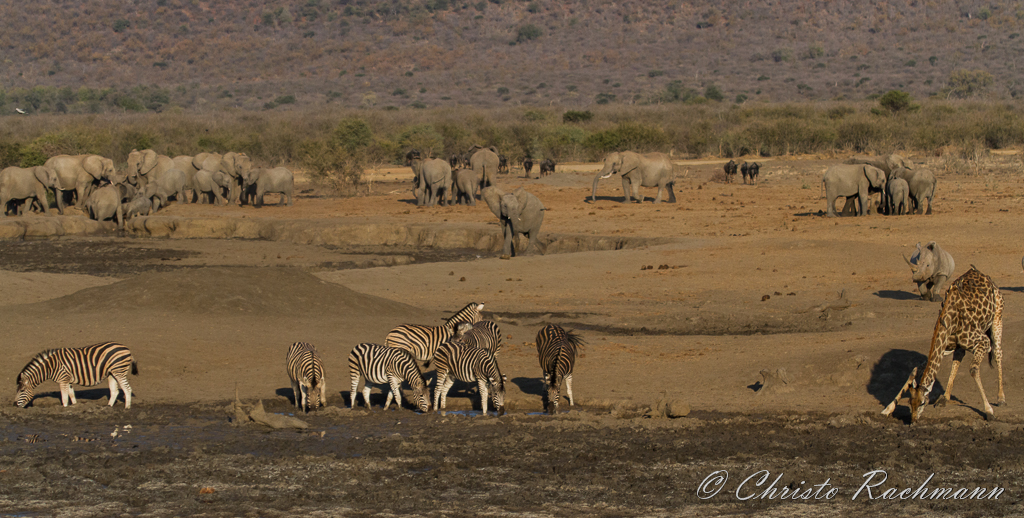 After the unfortunate outbreak of rabies we’ve had over December that almost decimated our wild dog population, the good news is that the alpha female is heavily pregnant and would hopefully drop her pups very soon.  Even though the dogs have been pretty elusive lately we got a really great sighting of them one morning as they were finishing off an impala close to the park admin offices. 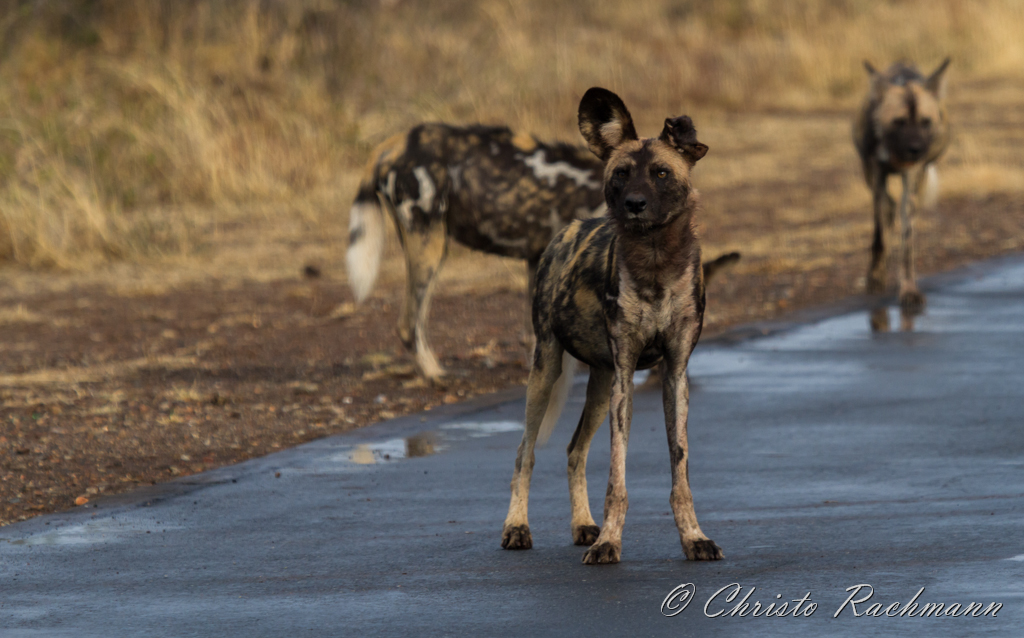 Samson and Tsala our famous leopards from the south have also produced their goods this month.   But it was Samson that stole the spotlight after spending 3 days up a tree with an impala kill, giving us some magnificent photo opportunities. 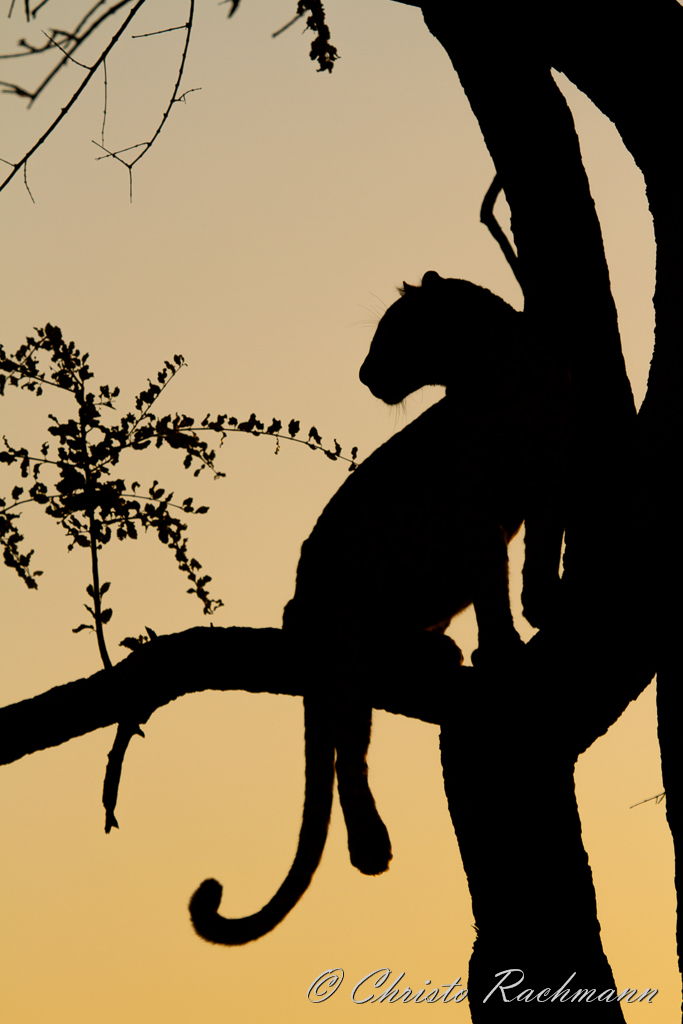 The lion politics in the south and north west of the park is still continuing. The Kwandwe males that took over both territories have still not been able to convince the females that they are now in charge and thus the females are dodging and hiding from the males as best they can and unfortunately from us too. However, with some tracking and a bit of luck we are able to track them down most of the time. 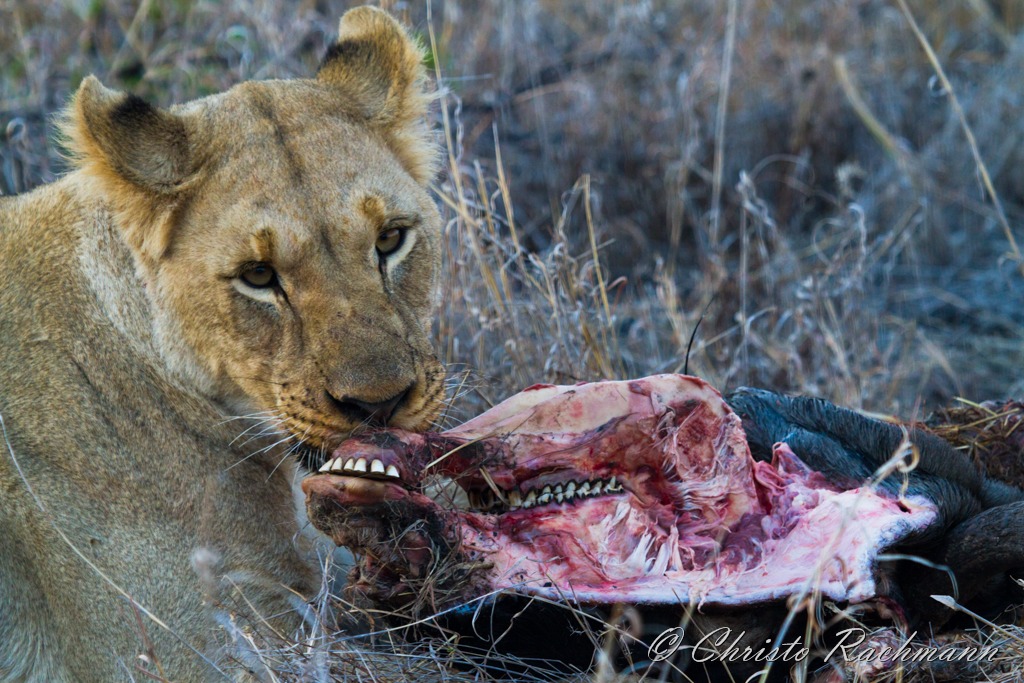 The Chimbro males are still very settled around the centre of the park and are often found at the watering hole close to the park management offices to quench their thirst. 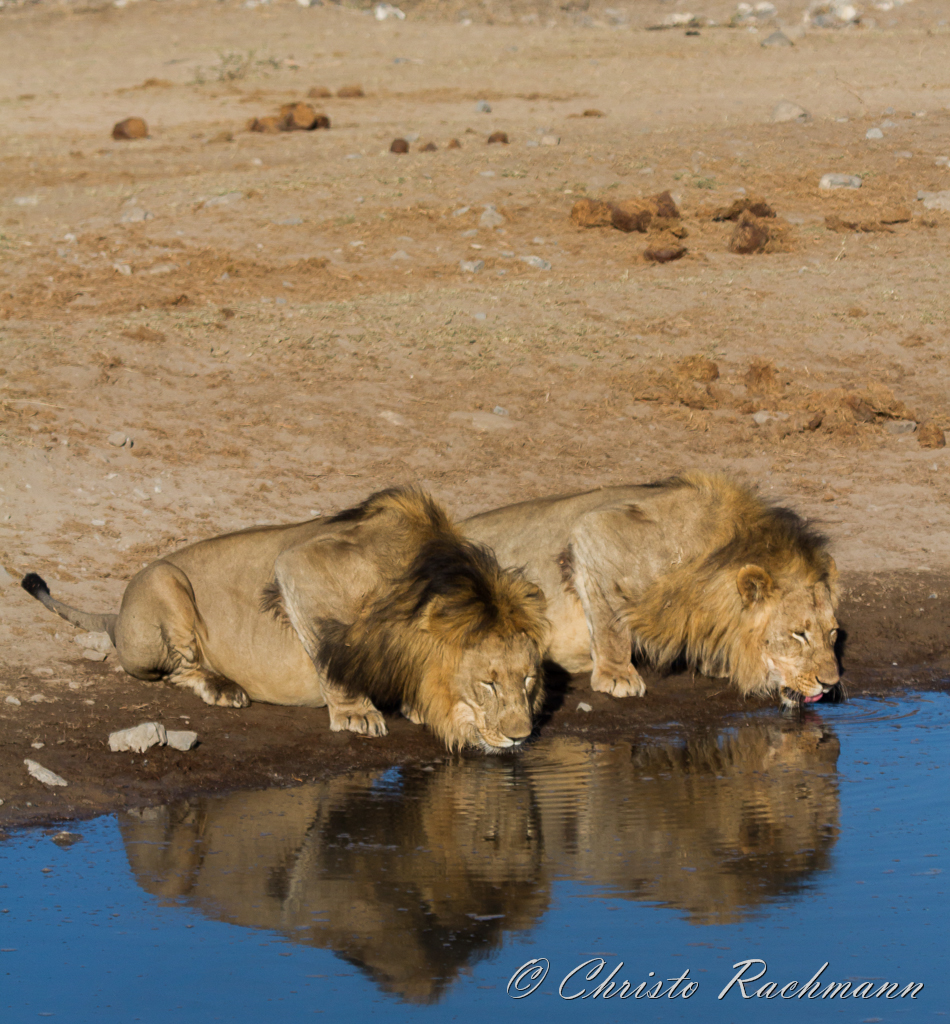 Additionally there was…or rather still is a sighting that is sending a buzz around the park.  An aardwolf den has been discovered on the northern side of the park and has been giving us some amazing opportunities to view this usually shy nocturnal animals.  Even though aardwolf’s are distributed across South Africa not many people get an opportunity to view these fascinating animals.  Feeding almost exclusively on termites, as much as 300 000 termites per night, there is still controversy as to whether the aardwolf belongs to the hyena family or a single species family of its own.  Most believe that the aardwolf is in fact a very specialized hyena after all, due to some anatomical and behavioural traits. 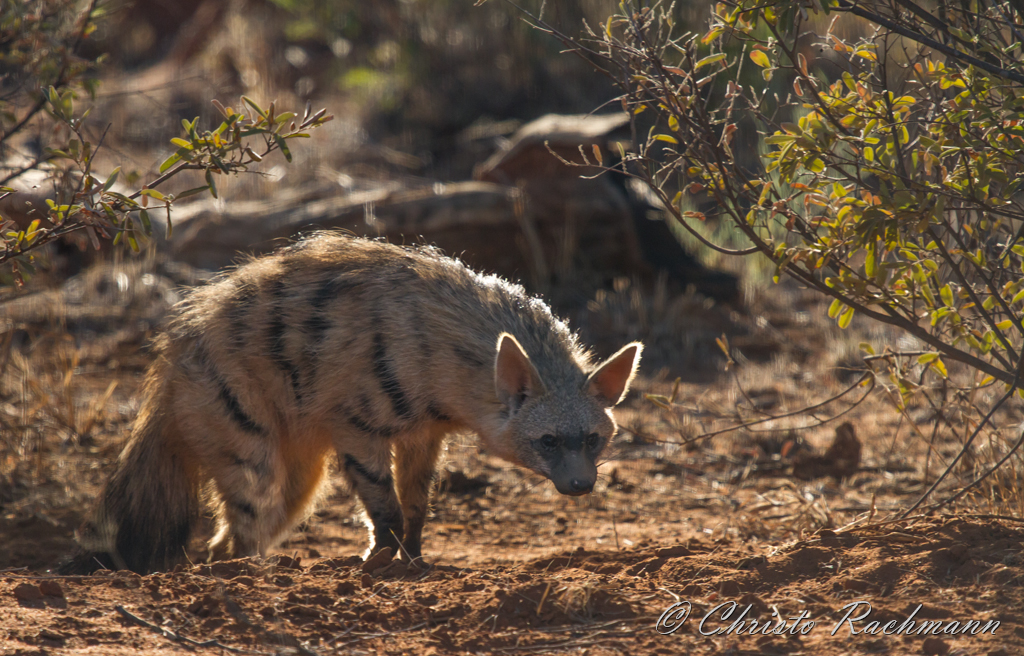 A few other species that have also been entertaining us this month include some spotted hyena’s that we are seeing more and more of in the park. This is great as they provide an essential role in the ecological system. 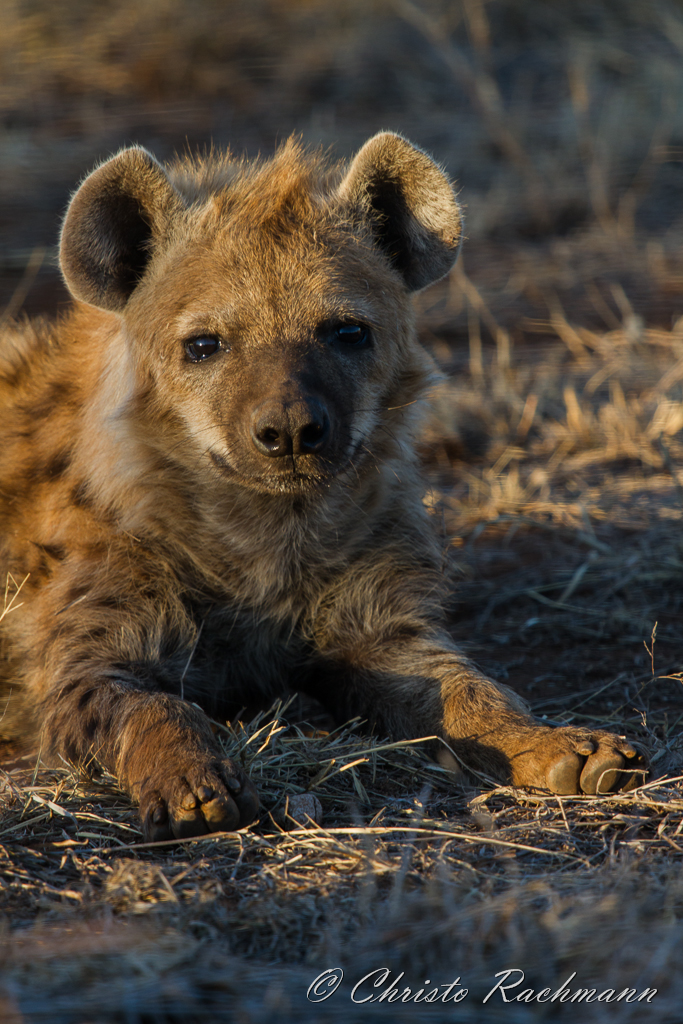 We also spent a bit of time with a troop of baboons one early morning as they were sunning themselves before heading out foraging for the day.  One can spend hours with a troop of baboons as there is always something happening and the likeliness to humans will fascinate one time and time again.  For instance, this big male baboon and the resemblance between him and some rangers after a long night of hosting guest in the bar is just uncanny. 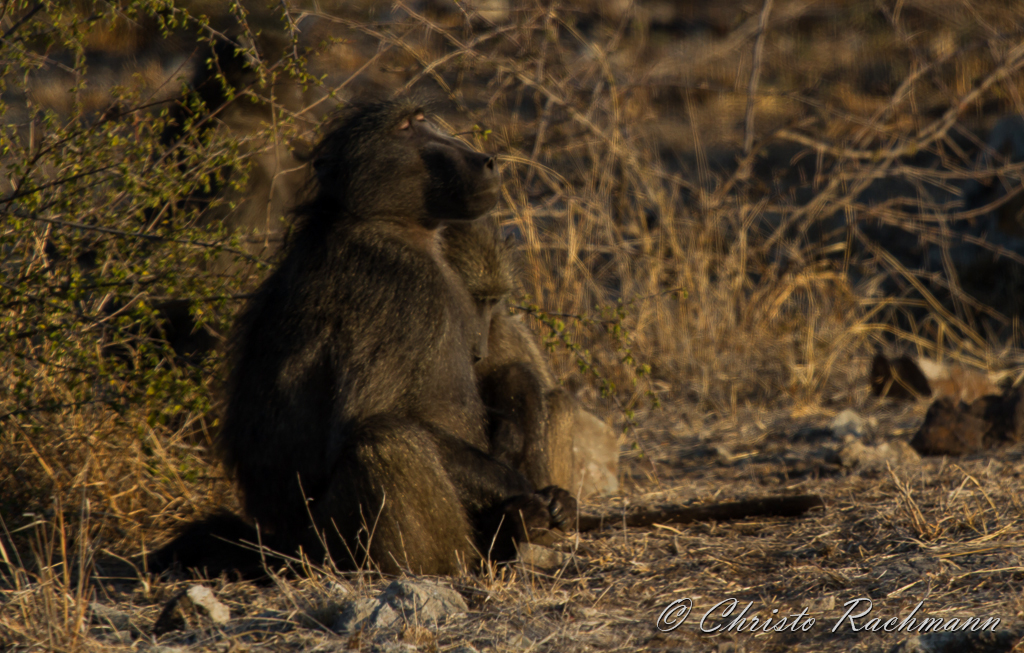 Well that is all from me this month, hope to see you in the bush the first opportunity you get.

Kind regards from Christo and the T-team

One thought on “June 2015 Newsletter”