It’s been a dry month. The mornings are getting rather chilly but as always, a little effort is rewarded double fold. 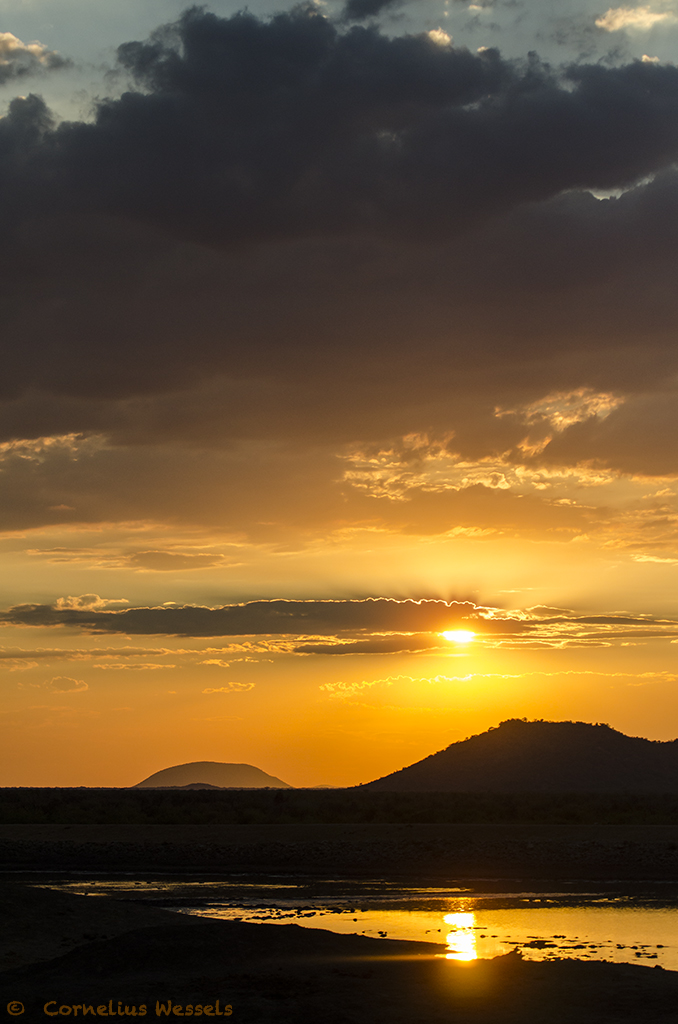 With the dry and dusty air we have had some spectacular sunsets and sunrises. The waterholes provided us with many opportunities to witness some interesting interactions. 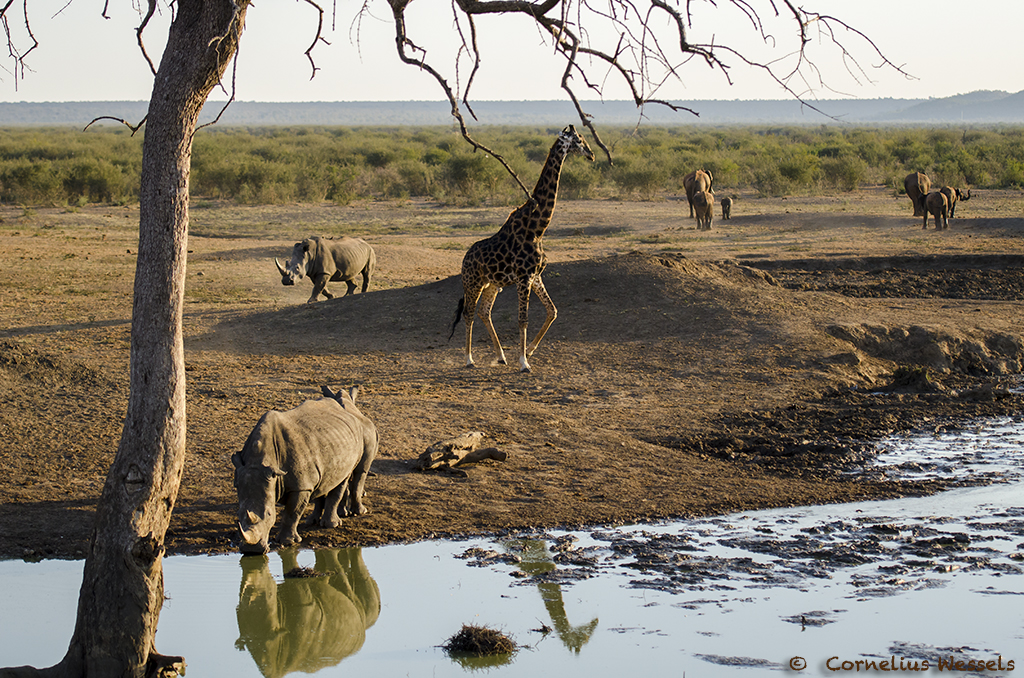 The dogs made themselves seen a few times. The search for them resulted in long drives and extensive tracking sessions, but well worth every step.

They killed a big male Kudu in the south east of the park, not a bad achievement for only 5 adults in the pack. As the kill was in the open, it attracted a lot of vultures and some hyenas also had time to feed on the kill. 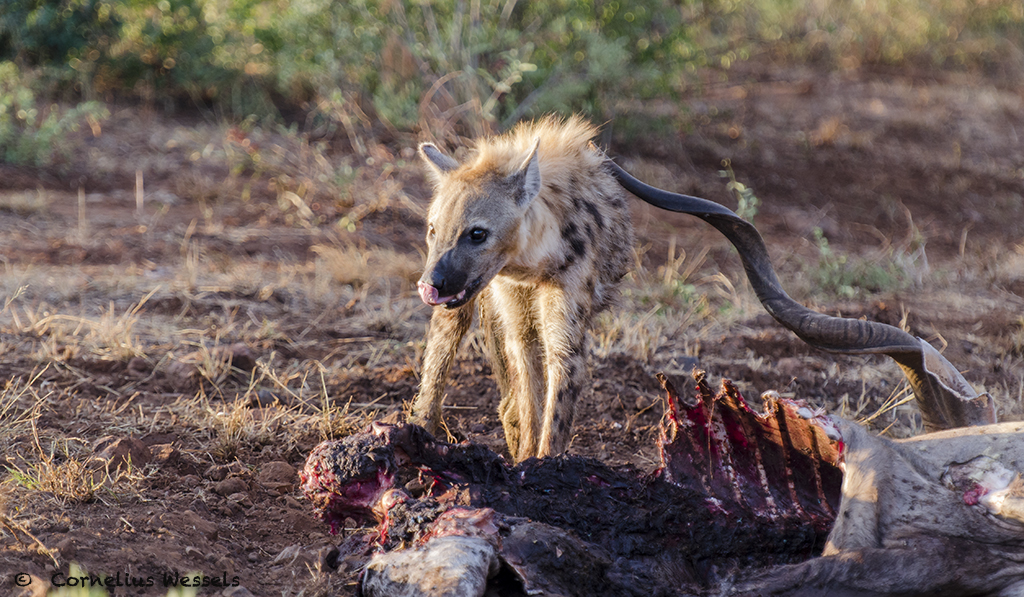 As we left the sighting the Alfa female went to fetch the 2 wild dog pups. We had just enough time to catch a glimpse of them in the last sunlight for the day. 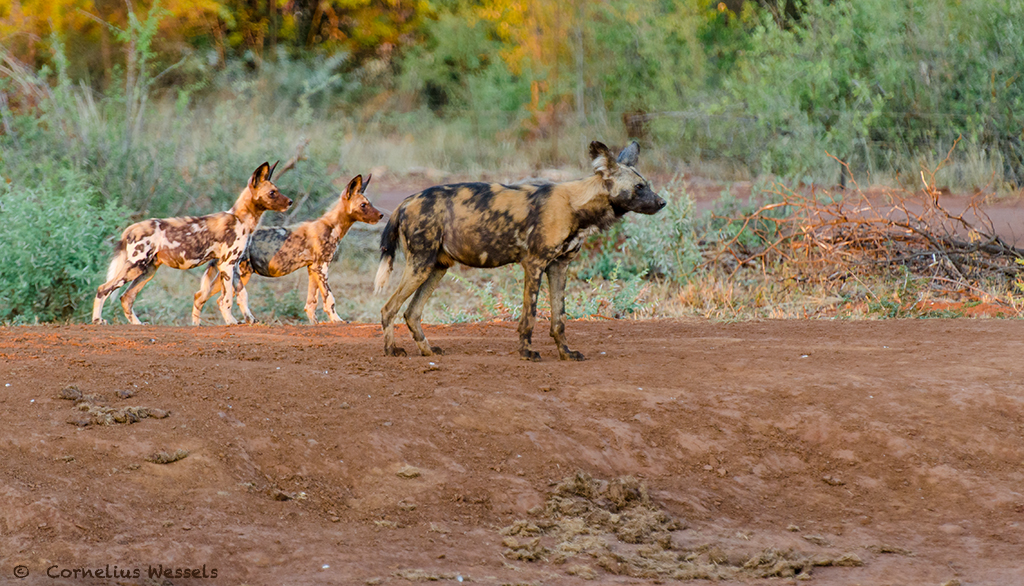 A few weeks later they moved closer to the west of Madikwe and we had the opportunity to view them again. 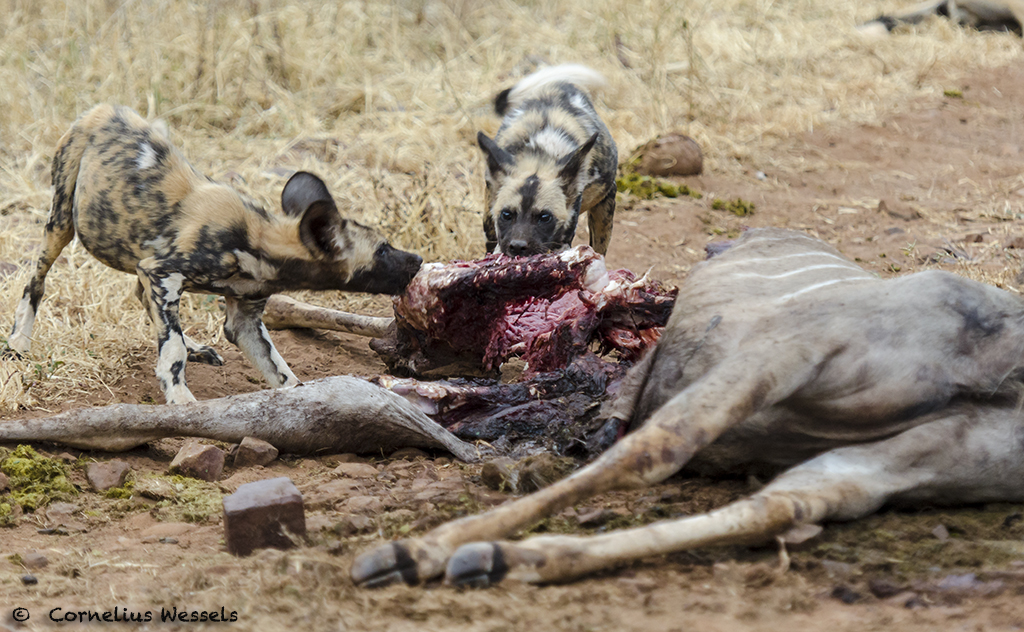 Early this month I was fortunate enough to witness two kills.

It did not end well for the zebras though. The first kill was made by the two young female lions from our local pride that took down a young zebra. We followed the two for some time and they just had that look in their eyes… 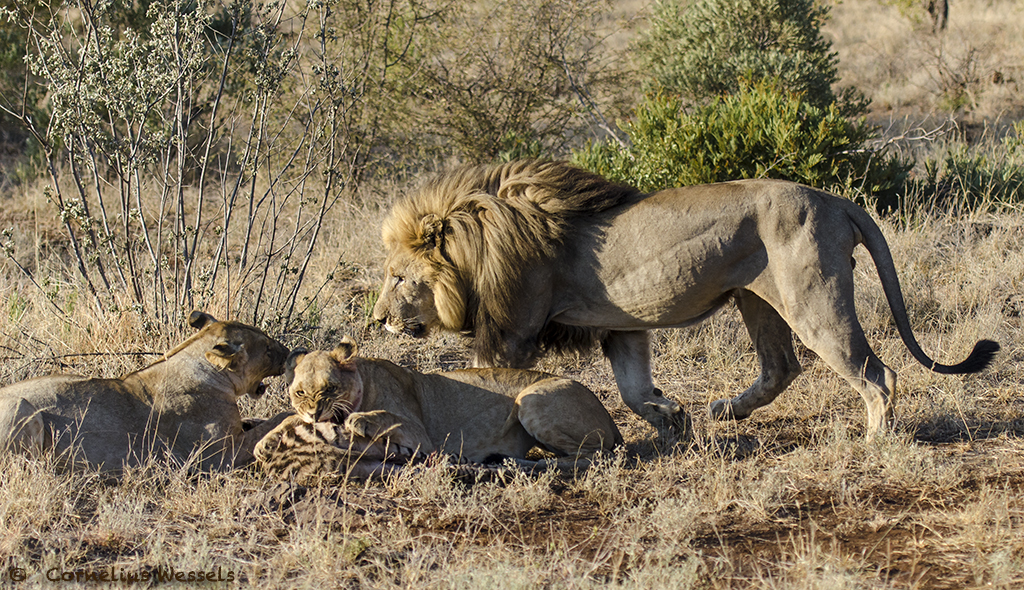 From miles away they knew what was going on. It was only when they started the ambush that we saw the zebras. In the end it ended well for these two girls, only for their meal to be taken away by the Naledi male, but not without a fight. 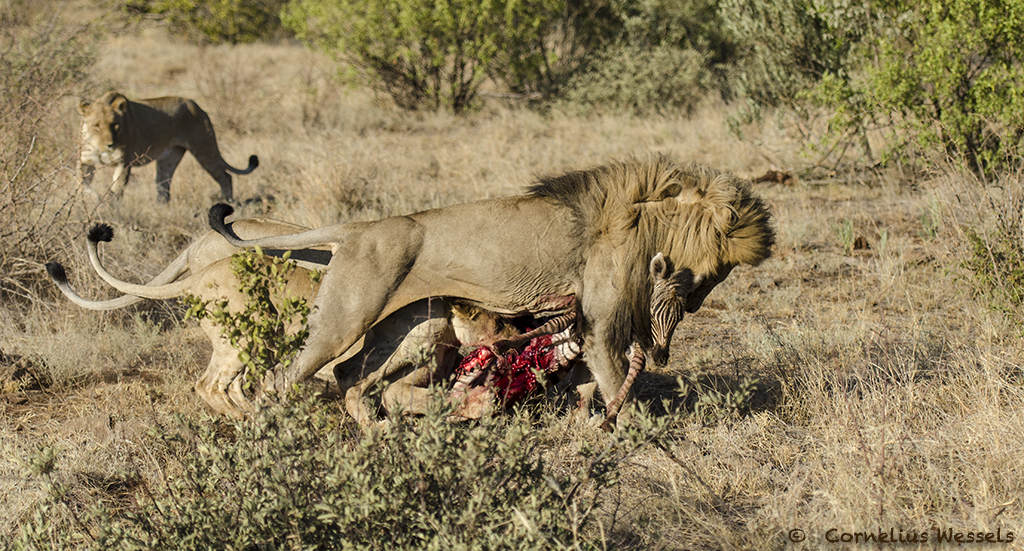 The four male cheetahs also killed a young zebra. It was late afternoon when I arrived at the sighting. 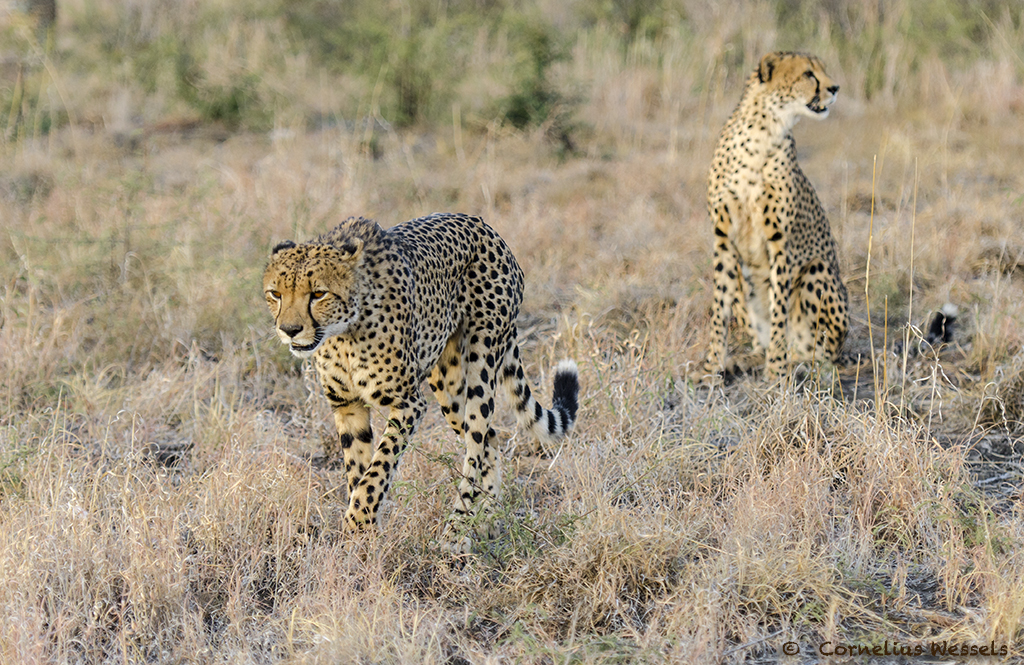 As we drove in they were on the move and shortly after that we saw the zebras, with a youngster. It took them ages to get close and then they waited. We all kept our distance and joined the waiting game. My patience was wearing thin but the cheetahs persisted. Once everything was in place, they went for it. 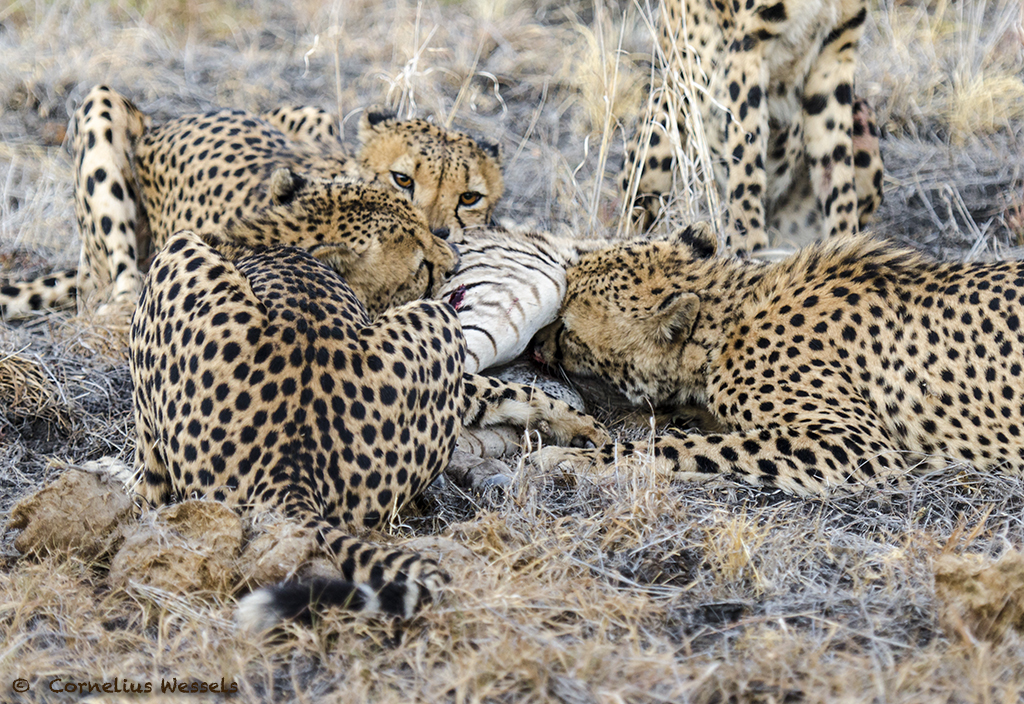 The chase took about 5 seconds… It was all in the preparation.

Our favorite leopard, Tsala, was spotted one morning after great teamwork from all the guides. When she was found we all positioned ourselves out of the way where she was followed. 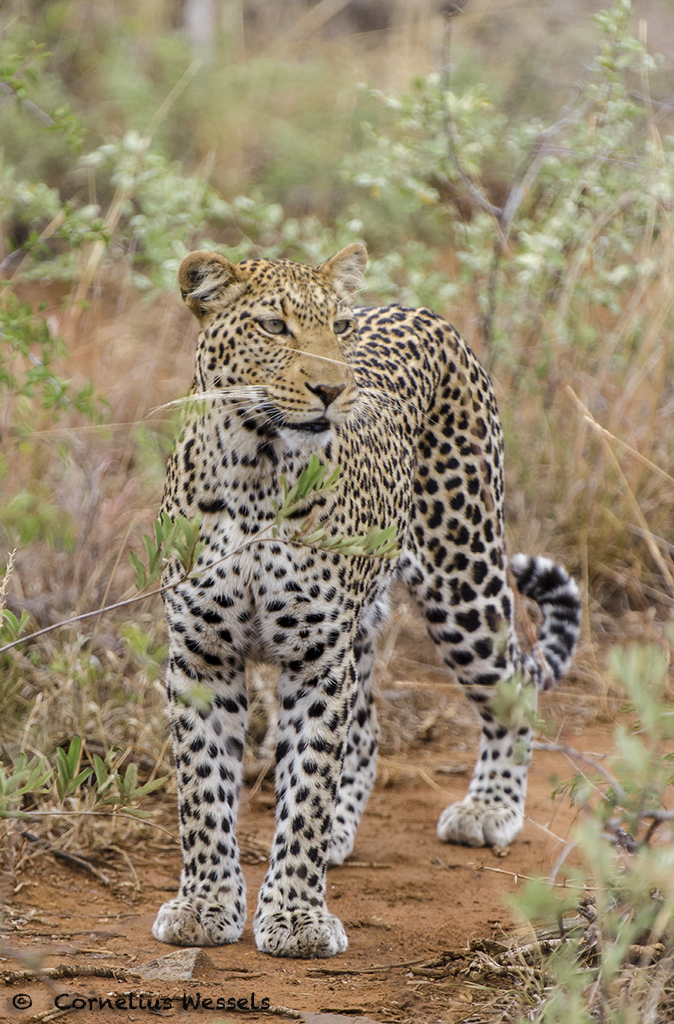 When it was our turn to view her, we were the last vehicles, so we followed her for a really long time. She called her cubs but unfortunately we did not see them. 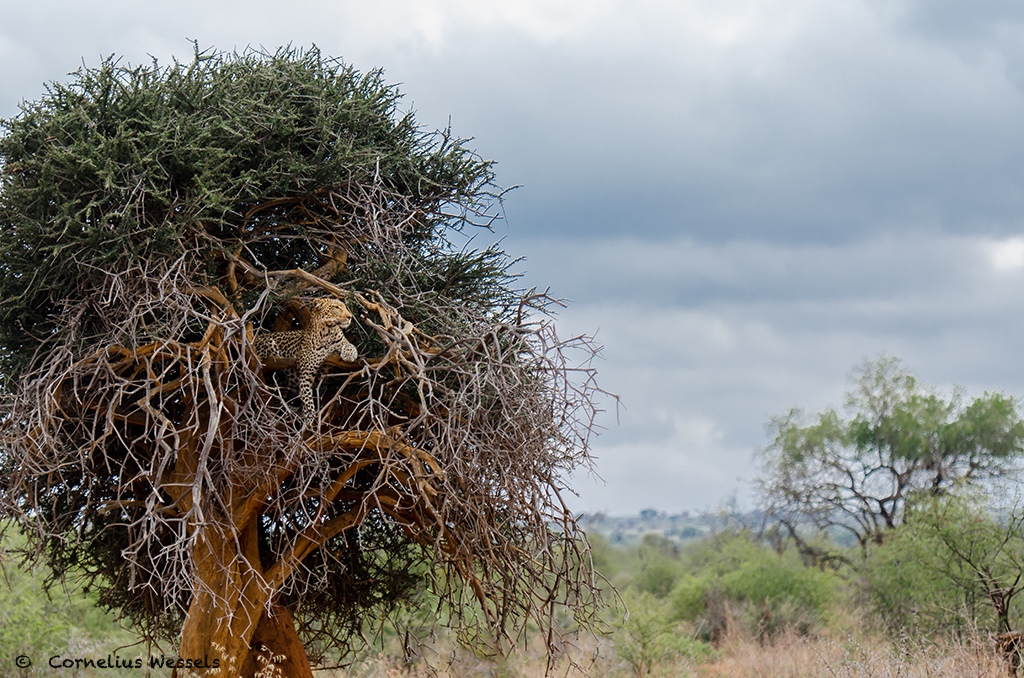 Then she jumped into a tree to get a better view of the impala she was following. Having seen her, we all were happy and satisfied and went for breakfast.

The lion pride in the South east of the park was spotted hiding in a one spot for about a week, it is possible that one of the females has cubs. 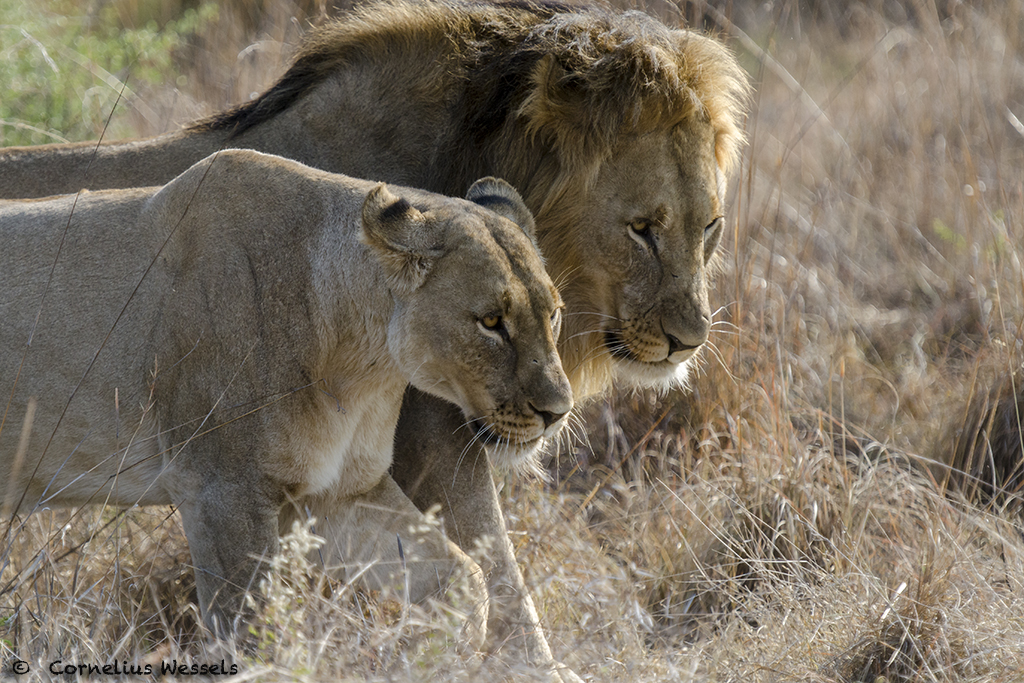 Then one of the Chimbro males mated with the other female of that pride, updates will follow soon.

Another eventful month here in the bush. We only hope to get more rain by the time the winter sets in.

One thought on “March 2015 Newsletter”