Hello again from a sunny and dry Madiwe.  The drought that has been plaguing us has not yet ended, but our hopes is high for some heavy late summer rains.

The severe drought of course means that the animals are still very dependent on the pumped watering holes and dams, providing us with some fantastic game viewing opportunities.

Tlou Dam being one of the favourites, with masses of elephants, buffalo, giraffe and many more animals coming to quench their thirst. 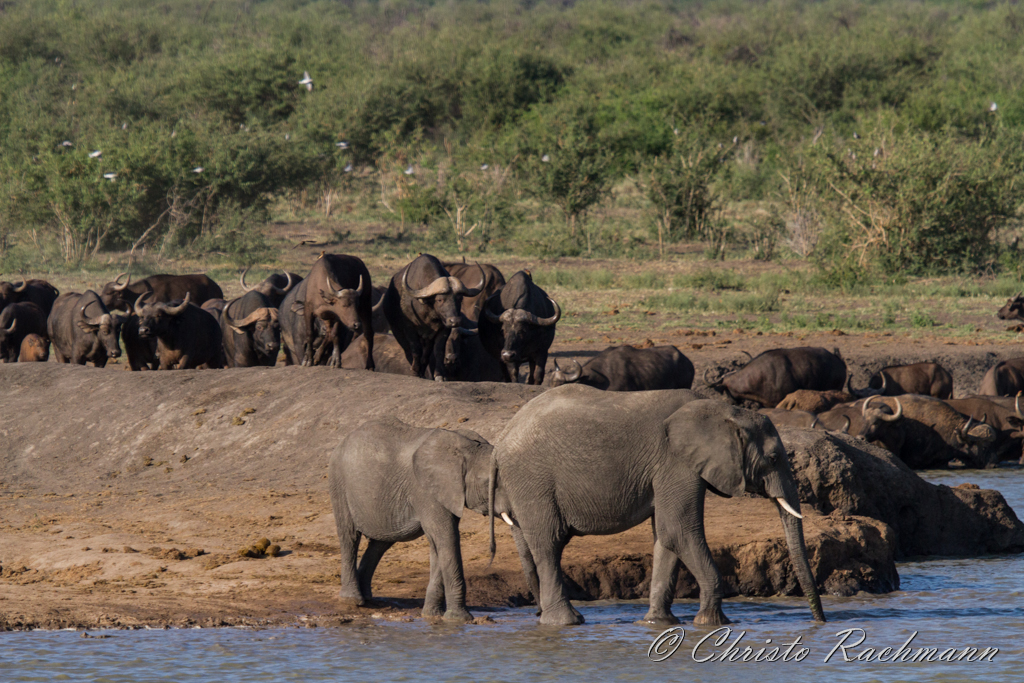 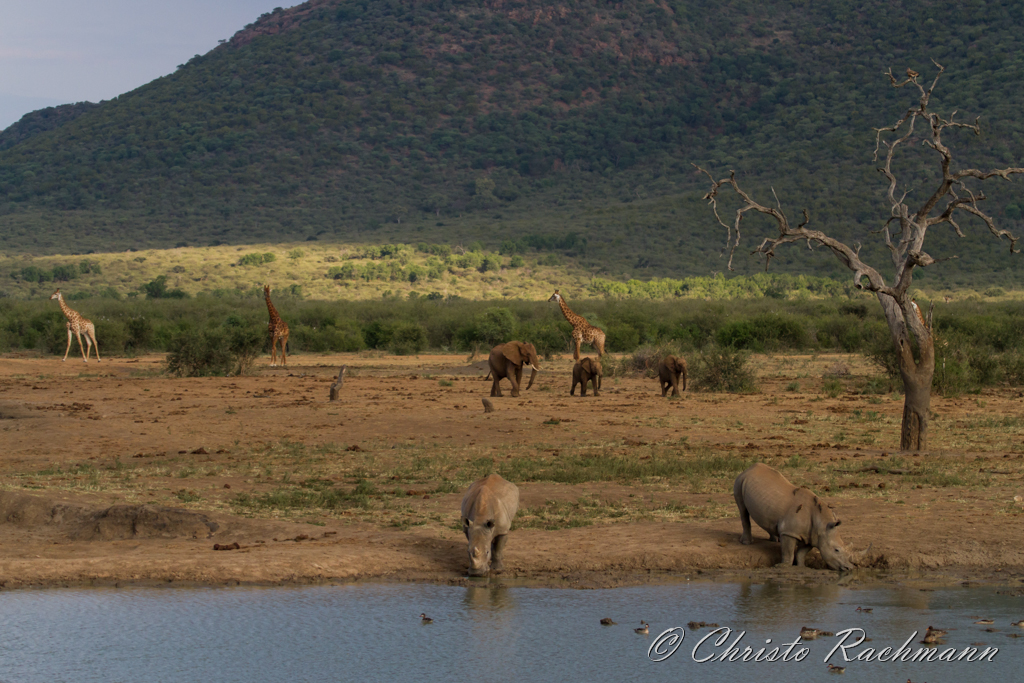 The 4 cheetah brothers were probably the highlight this month, we saw them on several occasions, but 3 sightings of them definitely stood out.  One afternoon we found them in the north of the park, leisurely walking along, but with murder on their mind.  One thing that always amazes me about safari, is that you will see impalas and zebras everywhere… until you find a predator looking for food, like magic all the animal in a 5km radius will disappear.  So after following the cheetah for almost 20min, they suddenly stopped and you could almost see the wry grin on their faces, because not too far in front of them was a herd of zebra.  They slowly started creeping forward, biding their time and waiting for the right moment, we could only see adult zebra and even for 4 cheetahs a fully grown zebra would be near impossible to bring down.  Then 2 young zebras made their appearance and that was exactly what they were waiting for, like a bullet out of a barrel they set off, with us giving chase but being left far behind in their dust.  When we eventually caught up they had already brought down the young zebra.  We spent a little bit more time with them and then left to go celebrate our success with some sundowners. 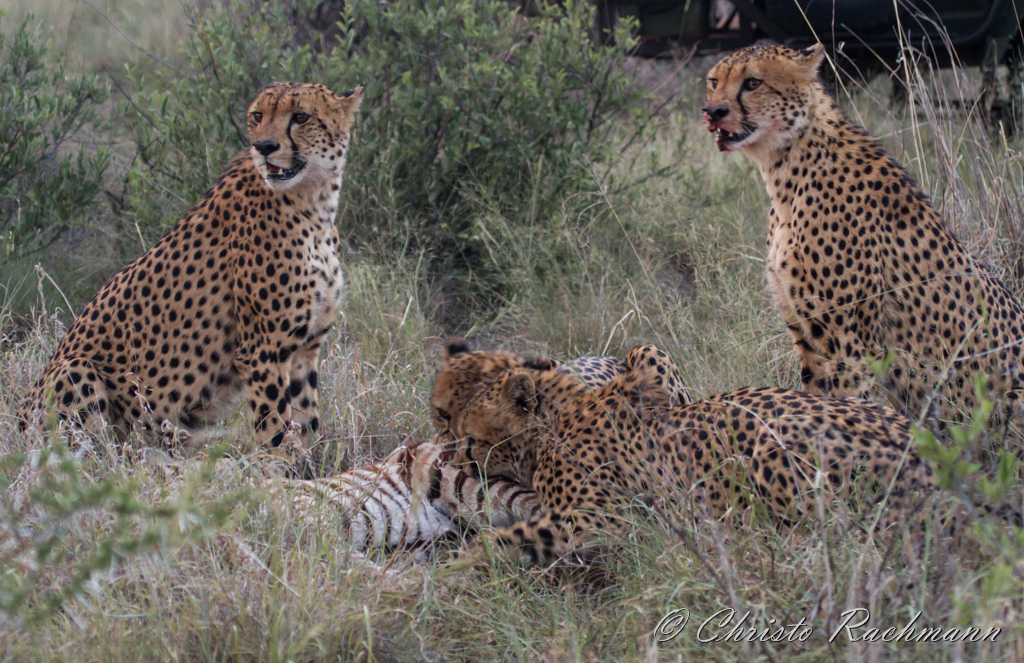 On another occasion we found them in the south of the park (yes they travel massive distances).  This time they were just lounging around on the wall of a dry dam, but proving us with some amazing photographic opportunities, as one was able to get some great low angle shots. 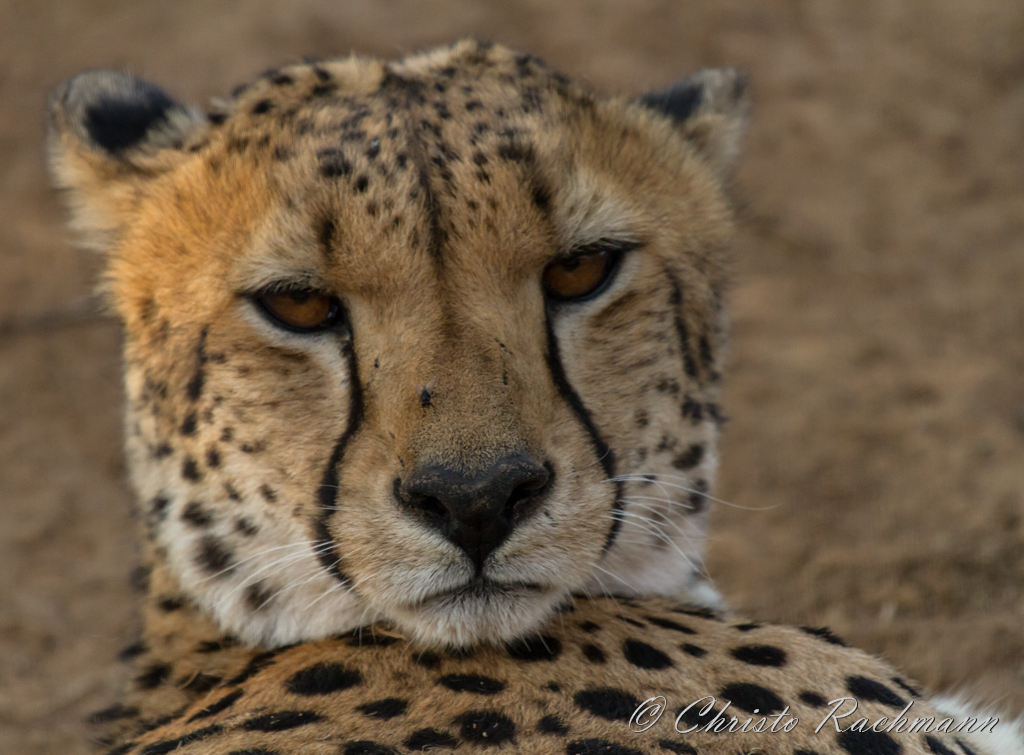 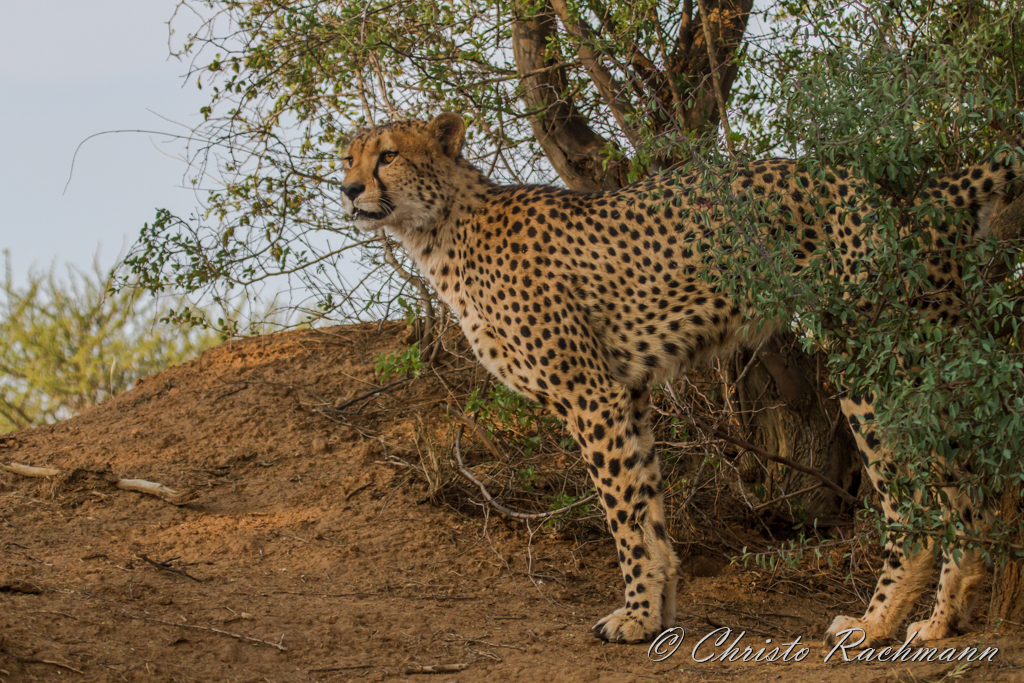 Finally just a few days ago, we intercepted them on their way to Abjaterskop Gate, probably hoping to go catch a movie in Gaborone.  Unfortunately for them Gavin raced ahead and told the gate guard to close the gate just in case.  It was fascinating watching them explore the gate buildings and taking in the new smells and of course eyeing the gate guard in his booth.  They also did not look to impressed with the speed limit that Parks Board implements on the roads. 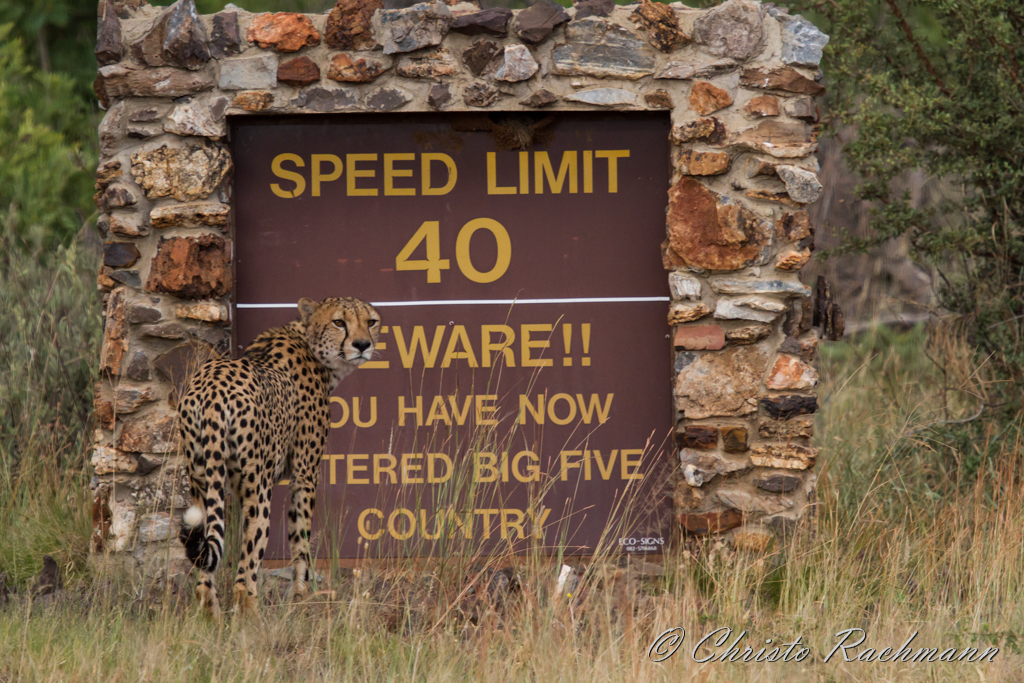 Our leopard sightings has also gone through the roof this month, we managed to view most of our relaxed cats and had the occasional leopard by the lodge’s watering hole as well.  One afternoon we were lucky enough to spend some time with Podile, the female that has her territory around the Tlou Dam area.  We don’t see her very often, but you can be assured of a quality sighting if we do. 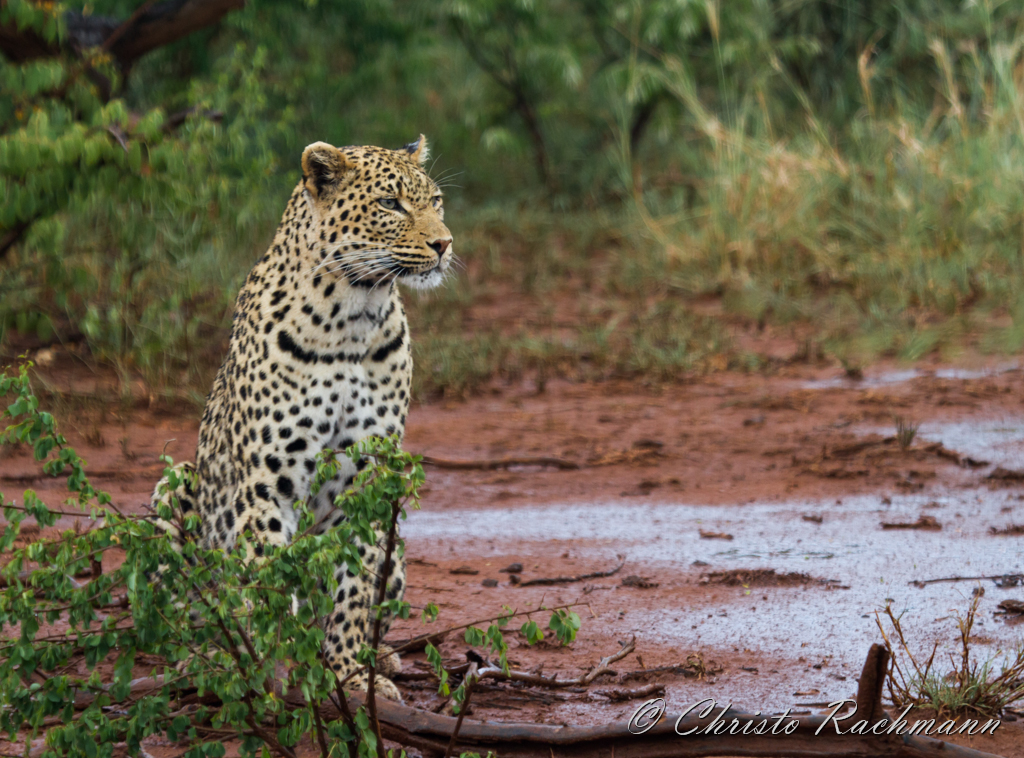 Alas there is more than 1 highlight this month, the big news if not the biggest news, is that Tsala the female from the south west has two cubs.  We now see her on a regular basis around the little koppie where she is hiding her cubs and if one is lucky and patient enough, you might even see the cubs playing on the bare rocks on the koppie. 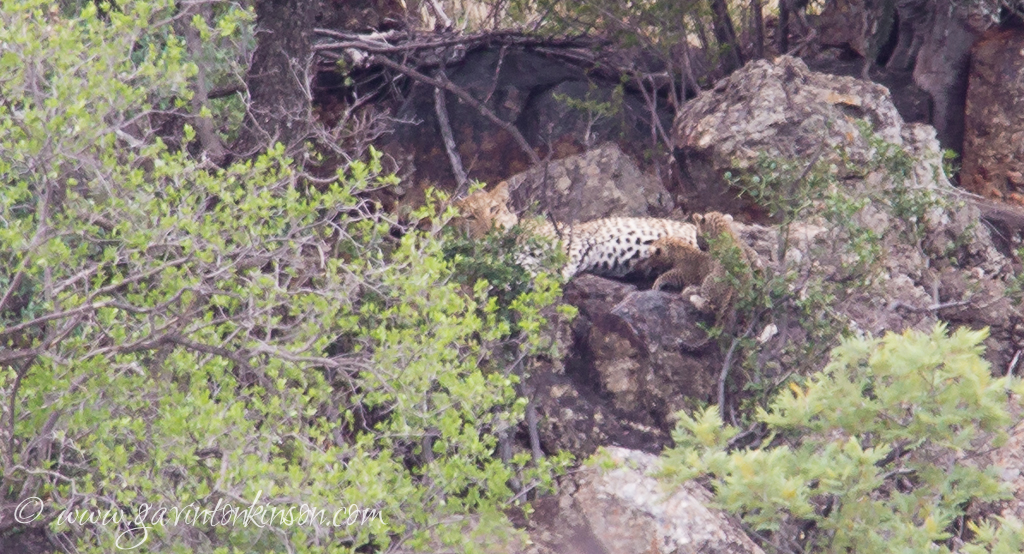 Our lion sighting has also been out of this world.  The best sighing for me was when we found the 2 Kwandwe males at Tlou Dam one afternoon.  These two boys have made a name for themselves, as they seem to be rather apt buffalo hunters.   This afternoon they were lazing around Tlou Dam as a herd of buffalo were approaching the dam.  We held our breaths and were secretly hoping for the sighting of a life time.  The buffalo took their time and seemed to sense that there was danger lurking, keeping to the tree line on the eastern side of the dam.  Then to our surprise, a small splinter group of buffalo stepped out of the thicket on the western side to go and join up with the big herd, the lions being right in between the splinter group and the big herd.  Instantly the lion realized their luck, as did we. Then as if the whole scene has been planned months in advance, an old limping buffalo cow made her way towards the big herd.  The lions couldn’t believe their eyes and they pounced, one lion managed to lunch himself onto her back, but never underestimate a buffalo, pretty soon he ate some dust and then the herd retaliated.  A few big male buffalo split off from the herd to teach the two buffalo killers a lesson.  This time the buffalo had the upper hand and the lions had to run for their lives.  After the buffalo disappeared back into the thickets, the two Kwandwe’s came to lie on the dam wall trying to reclaim some self-respect after the buffalo saw them off. 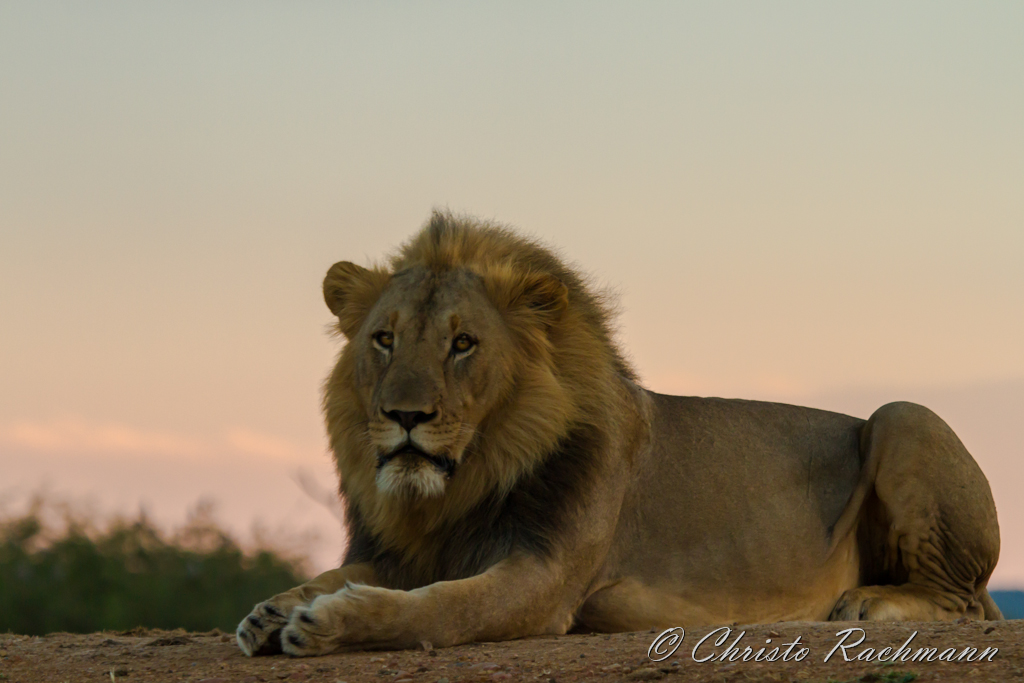 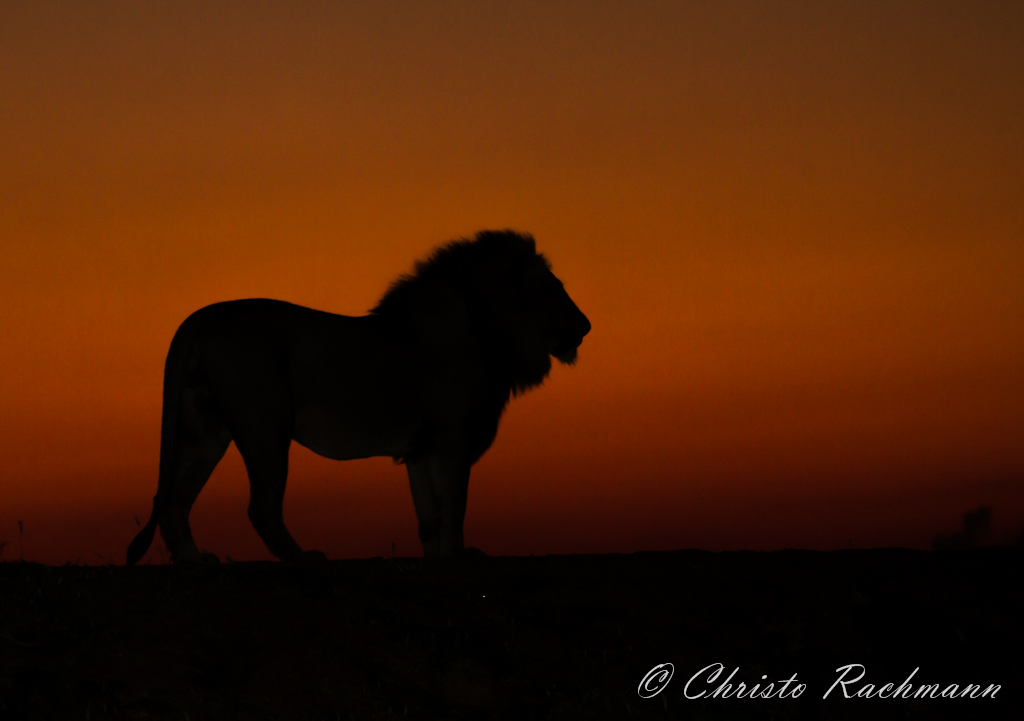 O wow another highlight, really I should stop this.  Our Wild Dog has come down the mountain with the puppies.  Unfortunately it seems like only two of the original 8 has survived, but boy are they cute. 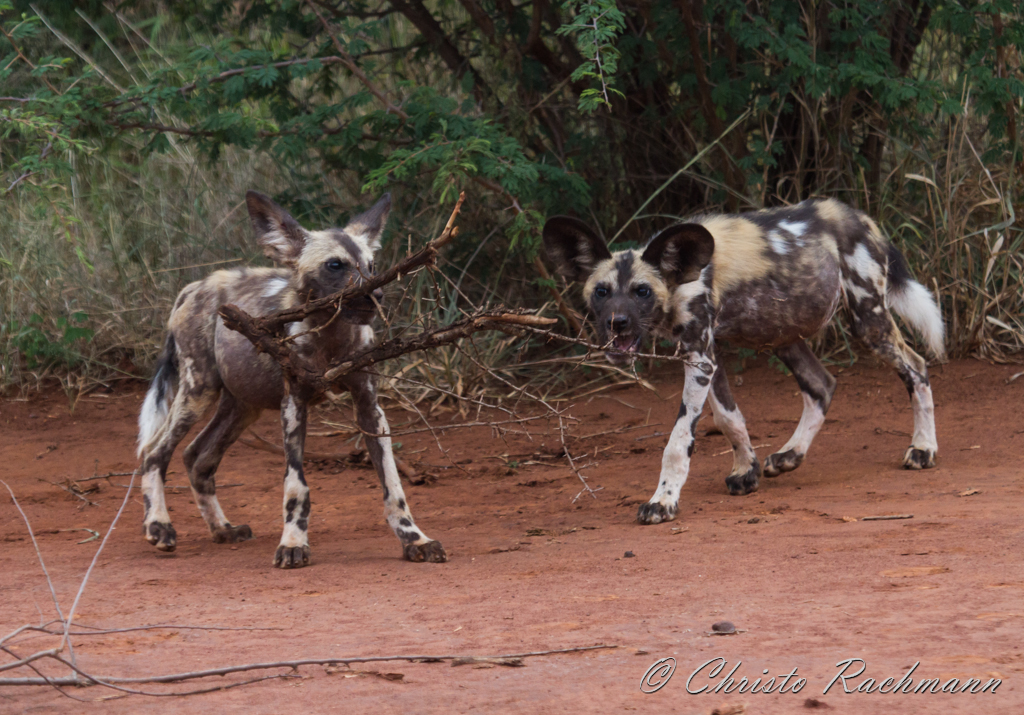 Well that is it for this month, hope you will soon join us on your next big adventure.

From Christo and the T-Team