A happy and prosperous 2015 to everyone… Just as always our days are exciting and fun filled.

We are experiencing extremely hot days, but we often get a cooling down thundershower in the afternoon giving everything new energy.

With every bit of rain, the bush gets greener and more flowers are blooming. 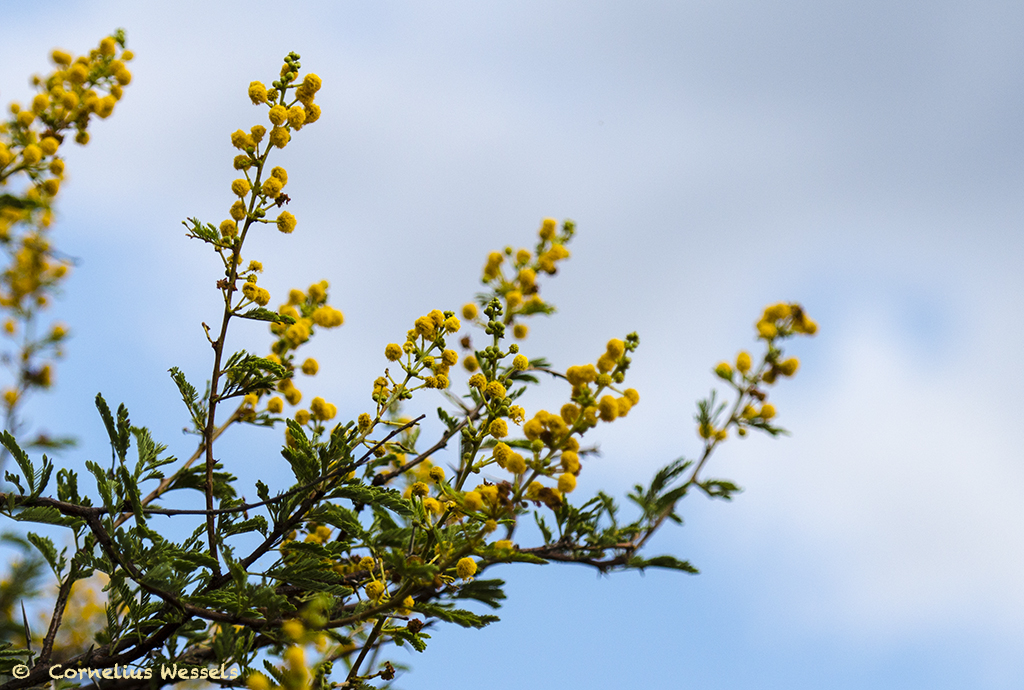 With the female cheetahs in the boma in the south of the park, the 4 males had stayed close most of the time. We had some great sightings with them over the past month, but the best was when they killed a young zebra. From start to finish, everything was witnessed

After stalking and resting and some more stalking they went for it. Unbelievable how quick these cats are. 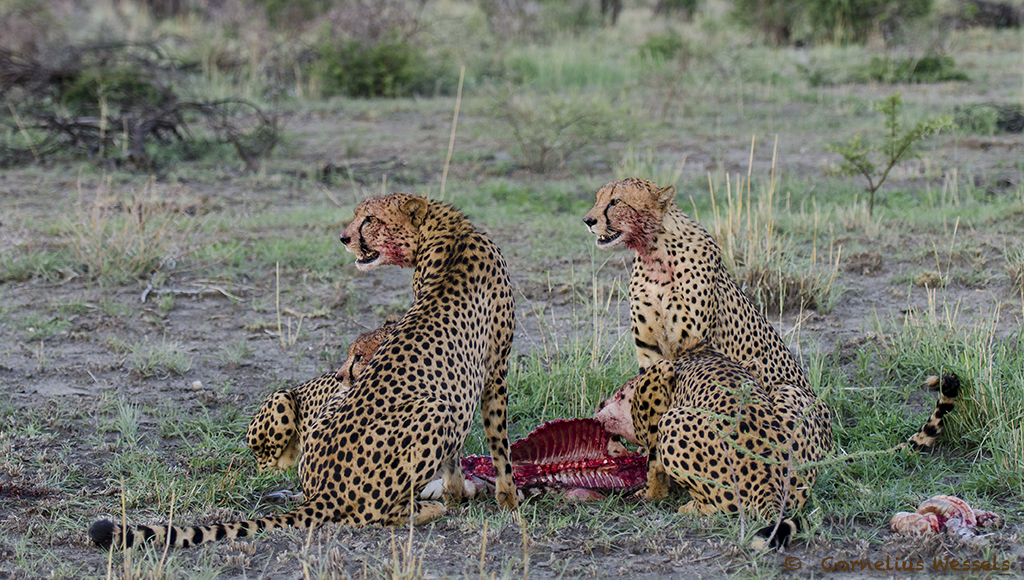 Not long after the kill, someone saw a Spotted Hyena running towards the action. 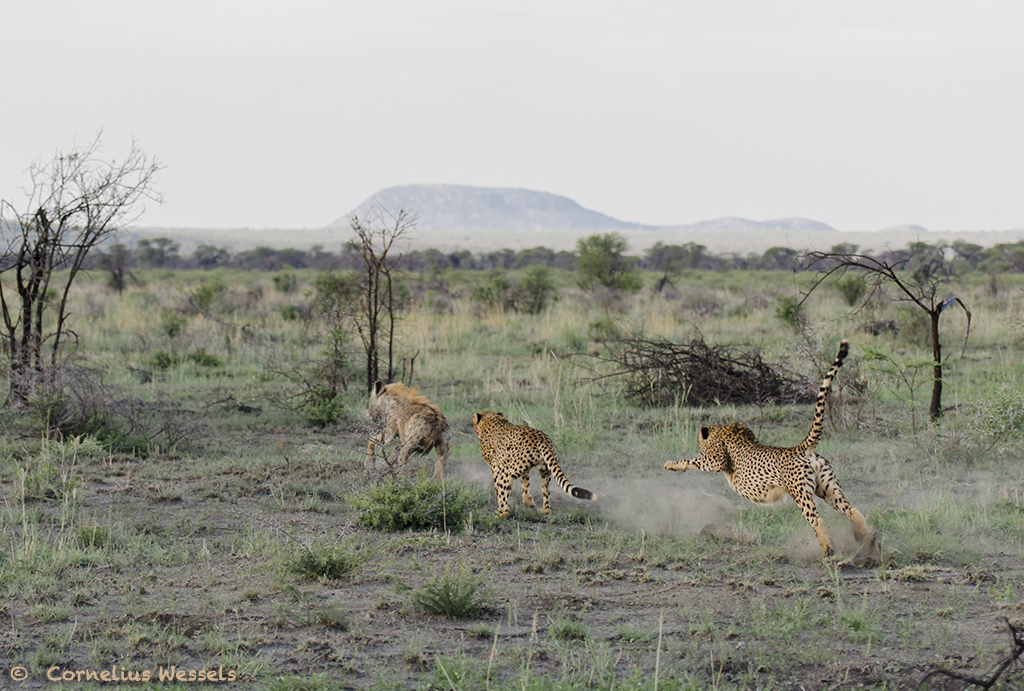 The Cheetahs had no intention of giving up their food and made it very clear when the hyena came closer. 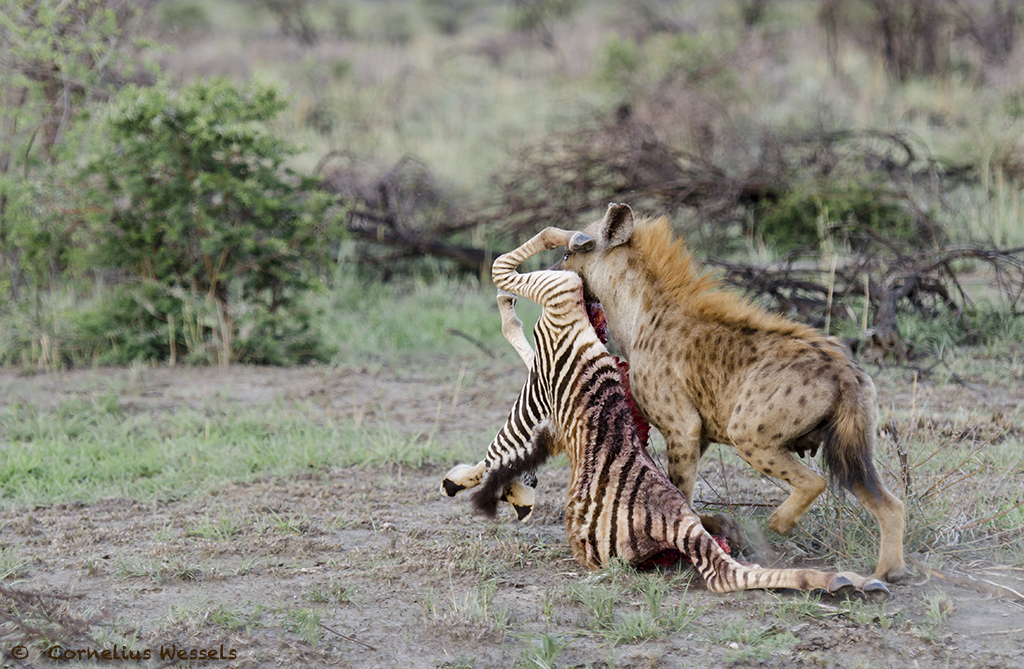 The Hyena was waiting patiently and only when the cheetahs all had enough to eat did the hyena take the rest without a fight.

The female Hyena and her 3 cubs also made for some really cool sightings. 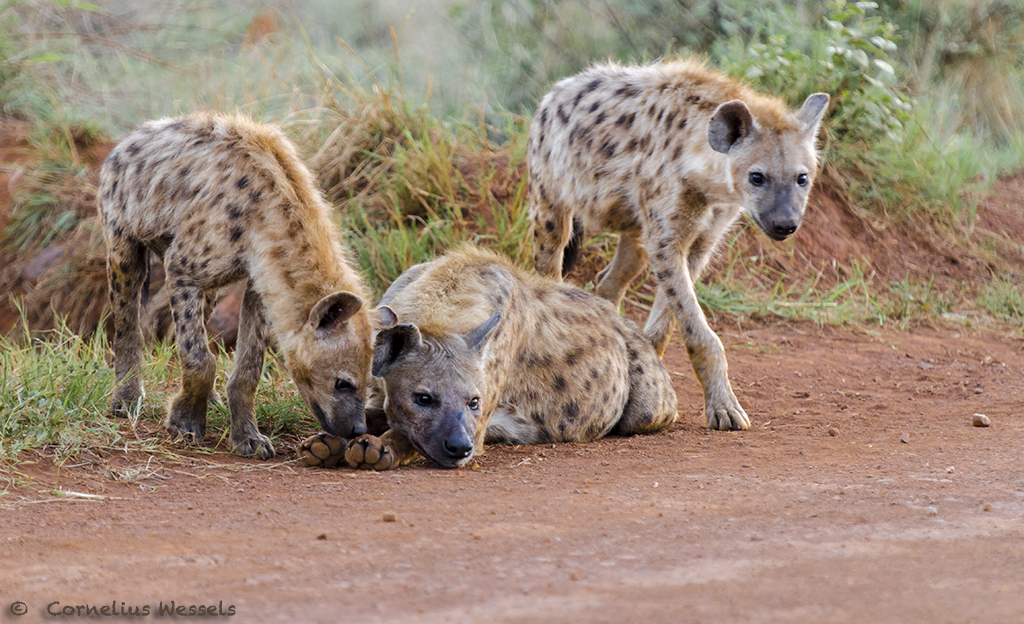 Most of the time we got to see the lions close to us without too much effort. 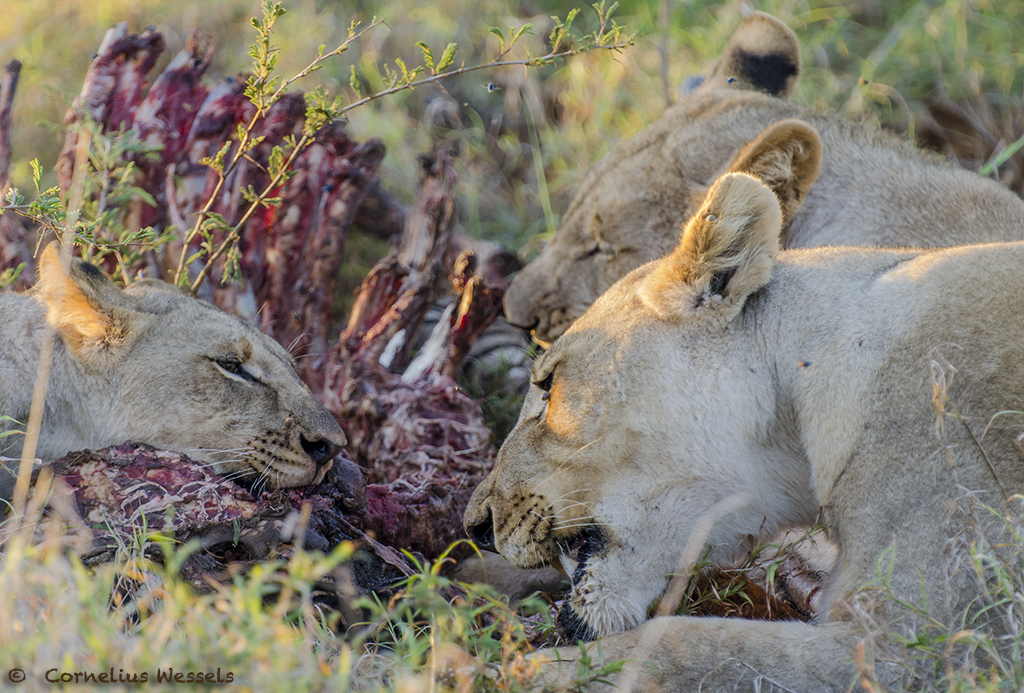 We saw the pride from the north as they were finishing a zebra they killed the day before. 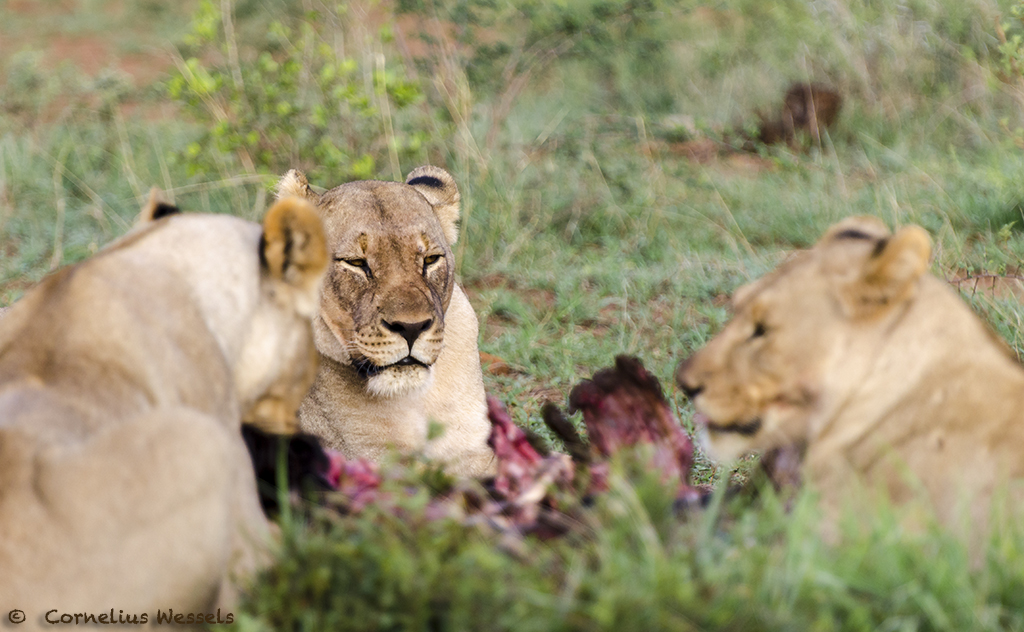 The prides in the south also had kills ever so often. Twice the kill happened on the airstrip, good open space to get to their top speed.

The Chimbro males settled themselves comfortably in the south east of Madikwe. 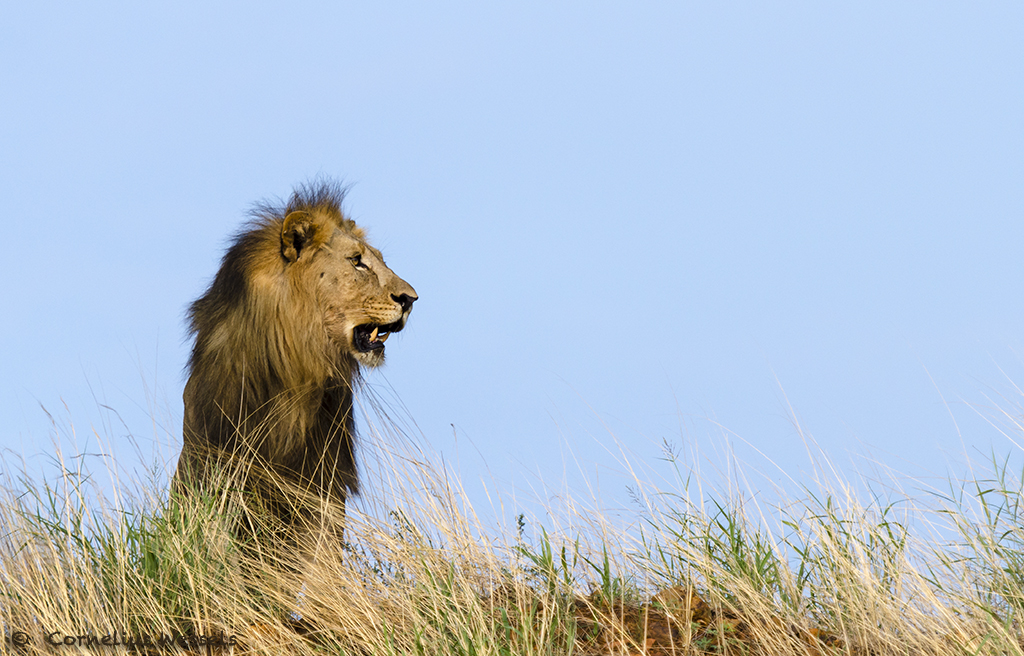 We had lots of other interesting, weird and amazing sightings. Hyenas calling and lions roaring are two of my favorite sounds in the wild. 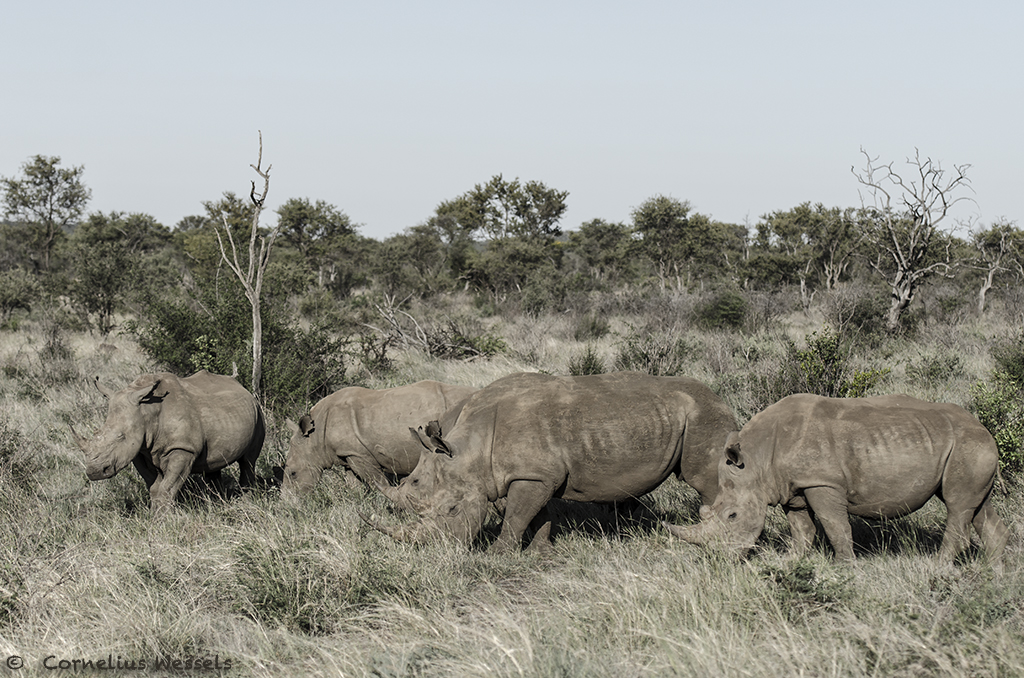 One of the best sightings we had, was a Caracal. It was so chilled and we followed it for quite some time as it was walking through some tall grass. 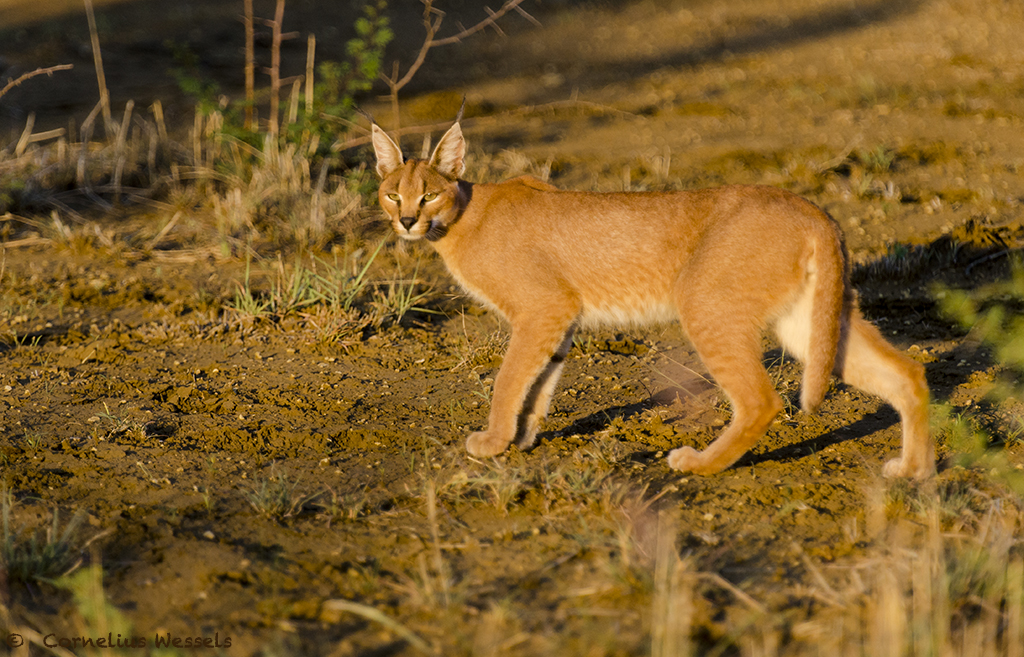 Some days a simple sunrise or sunset makes it worth being out in the bush. 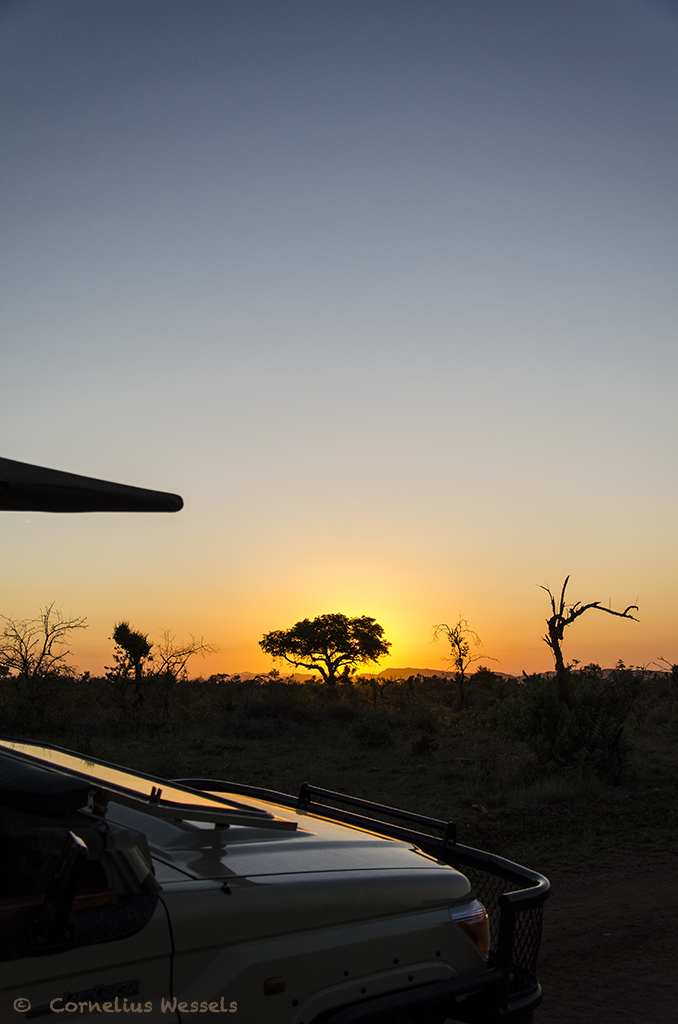 Make 2015 the year to visit us to experience the excitement of the bush and the big 5.