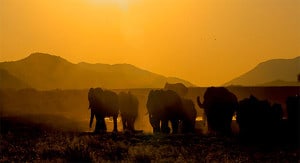 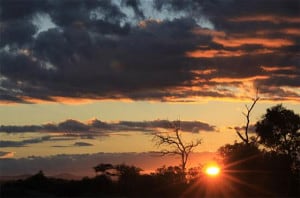 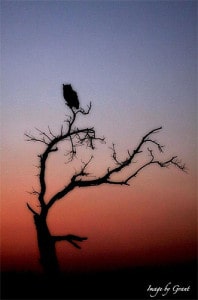 Warmest greetings to all of you once again!

What a fabulous month September has been! With it being a dry month, with lots of dust in the air, the sunsets were even more spectacular than at other times of the year. Needless to say, our Rangers have been clicking away with their cameras like there is no tomorrow and surely produced some award winning photos!

Once again, we have been spoilt with lots and lots of return visitors. We have loved every minute of it. The greatest challenge for us is to see to it that each visit out-shines the previous one! At the lodge, we think up all kinds of new dishes to cook and more and more exciting things for the kids to do.

On the other side, the rangers go to even more extreme lengths to show our guests the rarest, the most extravagant, the cutest, the noisiest, etc animals on the planet. 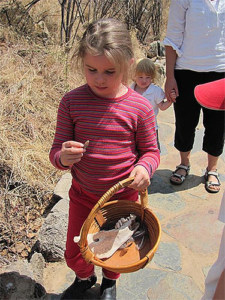 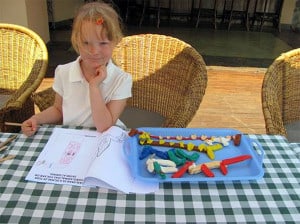 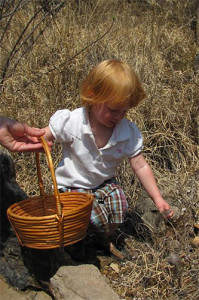 This month Gavin tells us all about the best sightings of the month:

This month has been a hectic one, the bush is getting extremely dry at the moment, and with suicide 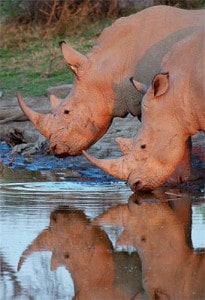 month looming, it will only get drier until the first rains fall, hopefully towards the end of October.

So with it being so dry the game viewing is very good because you are able to see quite far into the bush and able to spot the animals a little easier. The waterholes are cooking with huge herds of buffalo, rhino and elephant on a daily basis, as they come to quench their thirsts and to cool off in the mud as the daytime temperatures are reaching the early 30’s already.

The sightings of elephants at the lodge’s waterhole is also extremely active as 5 or 6 herds a day are passing by, which allows for our guests to get up close to them by viewing them from the deck. We were very lucky one night as we watched in amazement as 200+ buffalo joined us for a boma dinner under the African stars and our famous Fig Tree (FicusTuningii – lodges name). 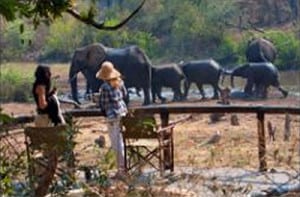 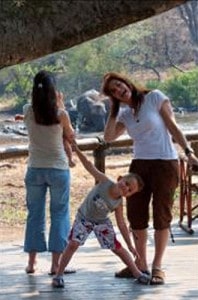 As for the lions, well…..
Lion sightings in Madikwe are probably the best you will see anywhere in the world. The Mica pride are slowly moving their territory closer to the lodge from the east, as there is a new coalition of males which seems to be pushing their way in. The females don’t enjoy this too much as they have had 2 youngsters – “The Jabulani cubs” which could be under threat from the new males, therefore are forced to move in on the “Tchabalala” females territory. They came together two mornings ago at an elephant carcass, and there was a huge amount of roaring and scent marking to re-establish the boundaries. The Mica pride won this battle, as they outnumber the Tchabalala’s two to one.

The Tchaba pride to the north west have been intercepted by the Kgala males, which were in their oestrus cycle 2 weeks ago, so hopefully we will have brand new cubs in about 105 days from now !!! 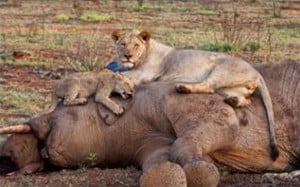 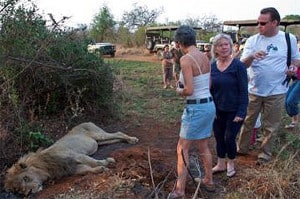 On a more serious note, the Mateya male found his way into one of our sister lodge’s fence boundaries last week, and was seen laying on the pathway in front of one of the rooms….yip there were guests in that room, luckily the ranger found him before he found the ranger !! So we were called in to help get him out of the camp, but it was not as easy as it seemed, as he managed to find the thickest bush to hide under preventing us from shooting him with an anesthetic dart. We eventually got him under, and removed him from the lodge, where we later brought our guests to have a closer look at this magnificent animal as he was recovering from the drug. It was a great opportunity for the guests to touch the male lion and have a look from close up. 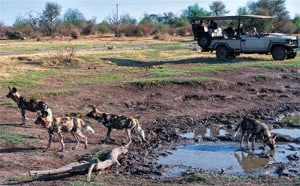 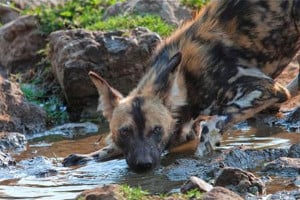 The wild dogs have still been elusive to say the least but we did manage to see them on a few occasions as they came to hunt around the Vlei pan area. We have confirmed that the big pack of 12 adults have now got 5 pups and that they are starting to run with the adults as they go in search of food.

The smaller pack of 7 adults are still in the Dwarsberg mountains to the south of the reserve, and we have only confirmed 1 puppy so far but I am sure there are more… Watch this space next month, as we will definitely see the dogs more often from now on!! 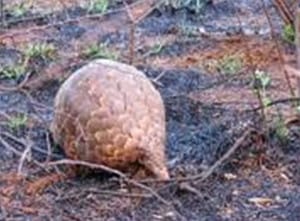 The cheetah has also made a welcome appearance in the last week with a couple of sightings around the airstrip and to the north west of the Park.

And just to finish and put the icing on the cake……
Christo had a huge stroke of luck when he located on a PANGOLIN !! Yes this is his first ever sighting in his career to give you an idea of the rarity of this animal, generally because of its shy and nocturnal behavior. 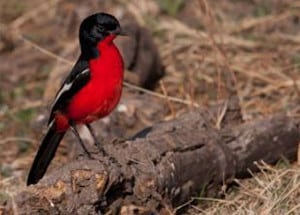 OK, that is it for this month.
Summer is in the air, the birds are returning from their migrations, the trees are blooming and the first baby Red Hartebeests have been born………………
Book now and join us in very exciting times ahead!!!

Well, there you have it once again!
Please come and visit us soon! We can’t wait to see you again!
Kind regards
The Fabulous T-team!