The windy month in the bush has been living up to its name, with the days starting out nice and serene, and then around our coffee breaks on the morning safari, we get exposed to the trade winds which are characteristic of this time of year. This sends dust into the air…and our eyes… lol…. But also creates some awesome sunrises and sunsets. The general game don’t like the wind much, and seem to get all bunched up in a tiny huddle, as they cannot hear the predators coming, and the opposite happens for the predators, in that the wind will help them with masking their smell and sounds when they go after their prey. 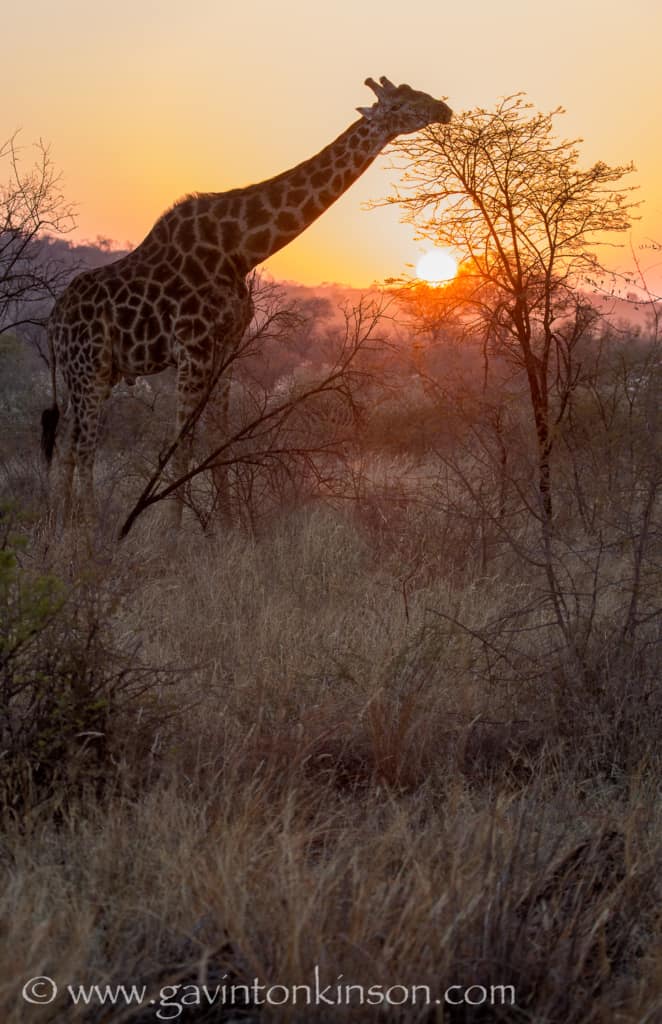 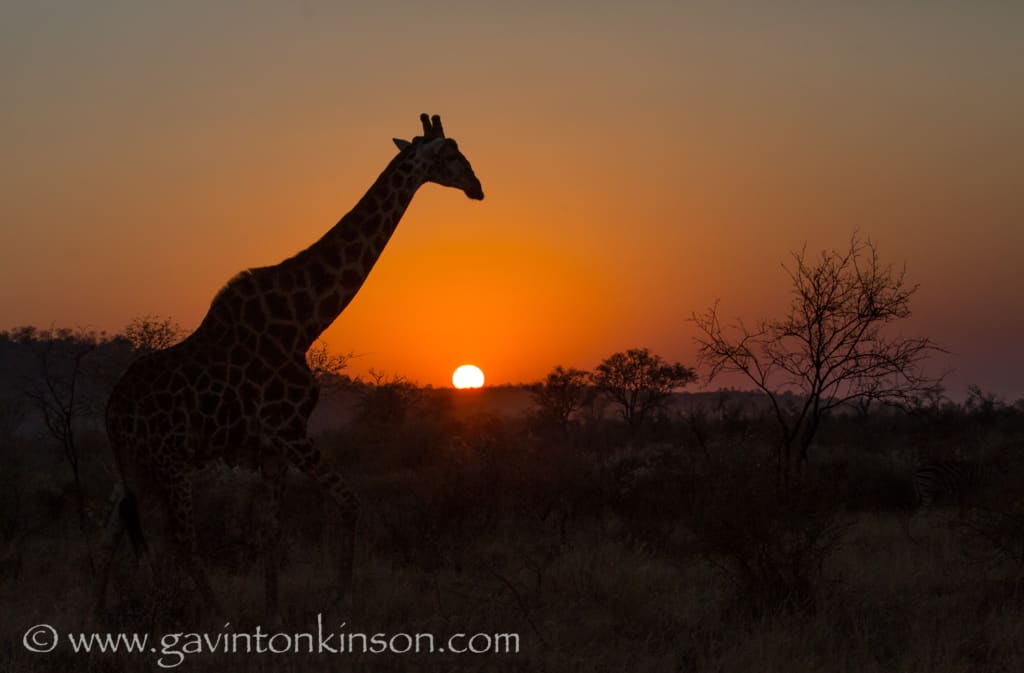 Otherwise the bush is really getting dry at the moment, and will get even worse in the next 2 months. Waterholes are always busy, and have been giving us some awesome elephant action shots as they enjoy themselves in the mud. The mud also helps them to cool down, helps as a sunscreen and also irritates the parasites on their skin, so it is kind of like a day spa for elephants. 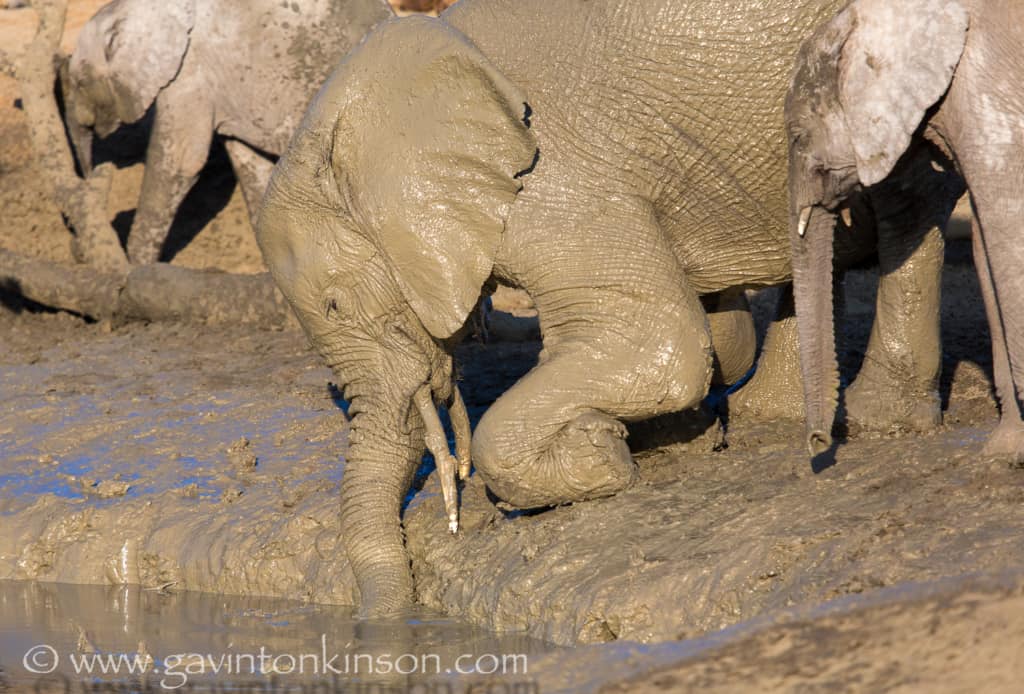 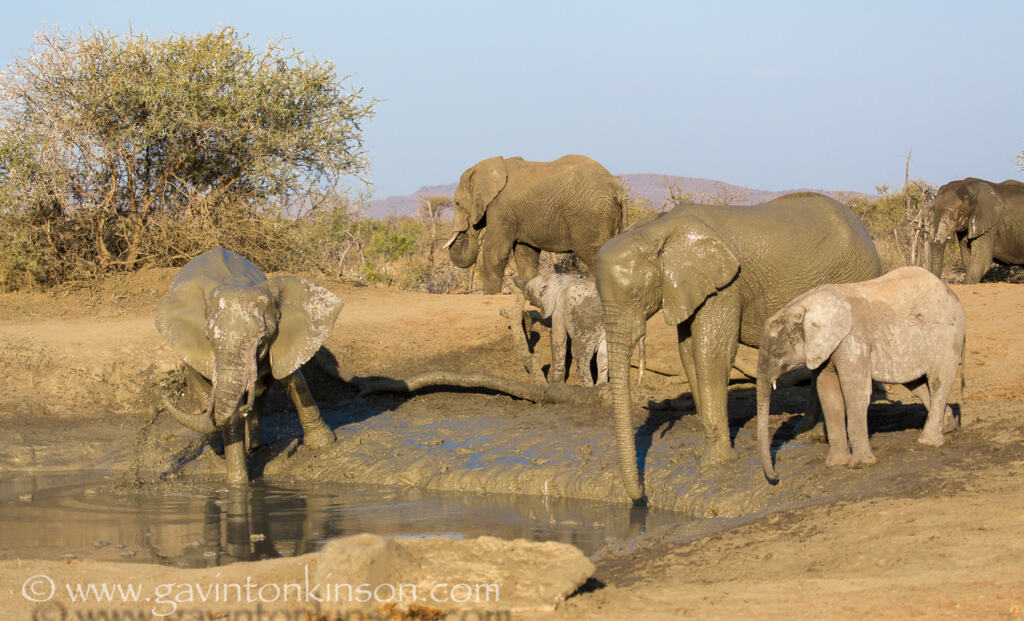 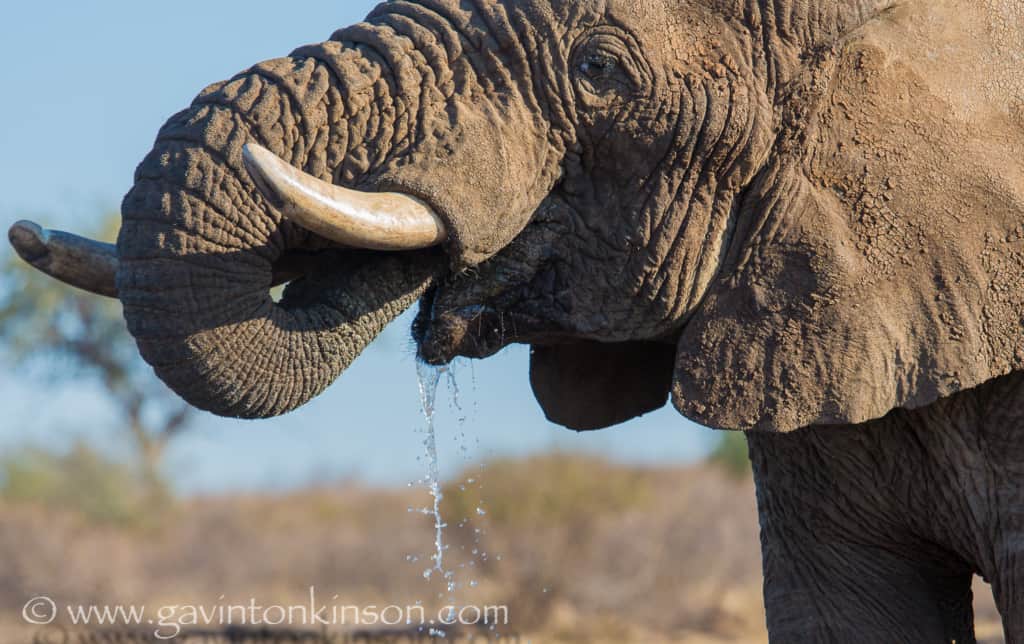 The female cheetah which was released a few months ago is doing extremely well, and she has been mating with the 2 males in the north west of the park a while ago, so we are all holding our breaths to see if she will get pregnant and give us our first cheetah cubs in more than 15 years in Madikwe. Besides that, she is also stretching her legs, and is travelling huge distances, primarily in the south of the park, and is covering around 15 km in a single night on occasion. 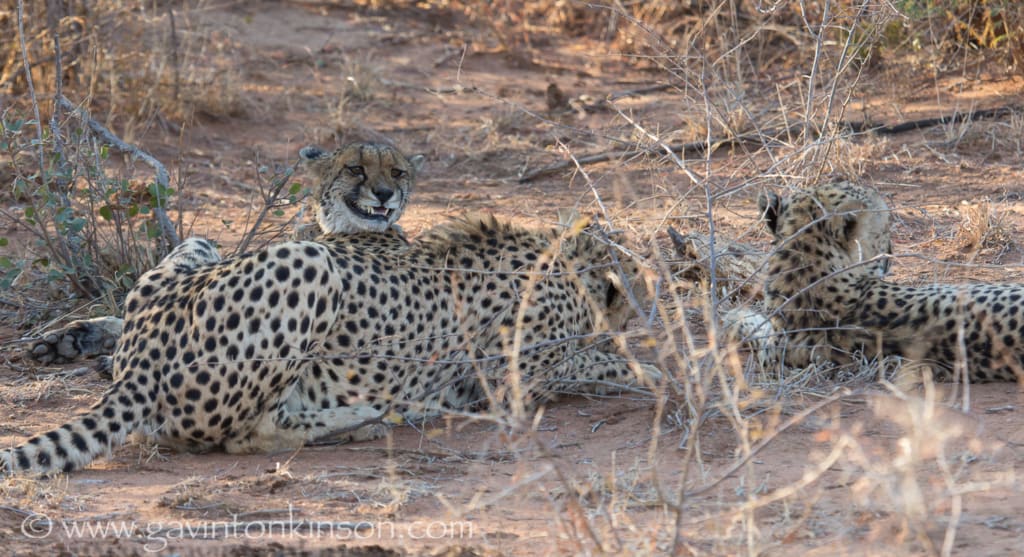 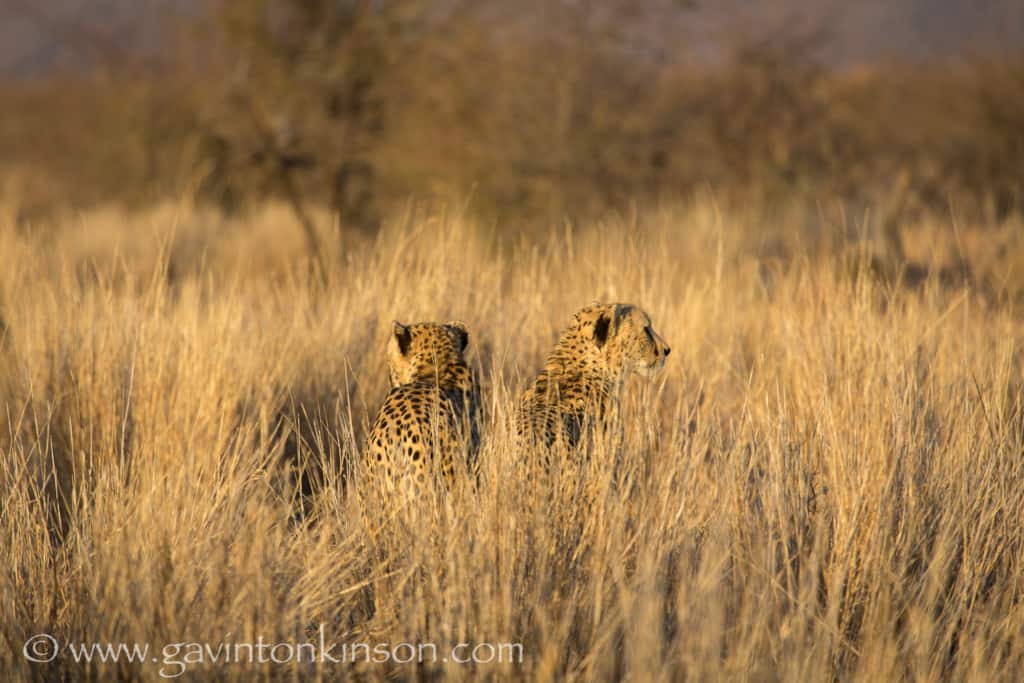 The south pride of lions have been slowly getting more exposure to the brutes from the north west, and have started accepting them as their new kings, and we hope that One of the Jamala females will come into oestrus soon, and possibly give us some new cubs before the end of the year. 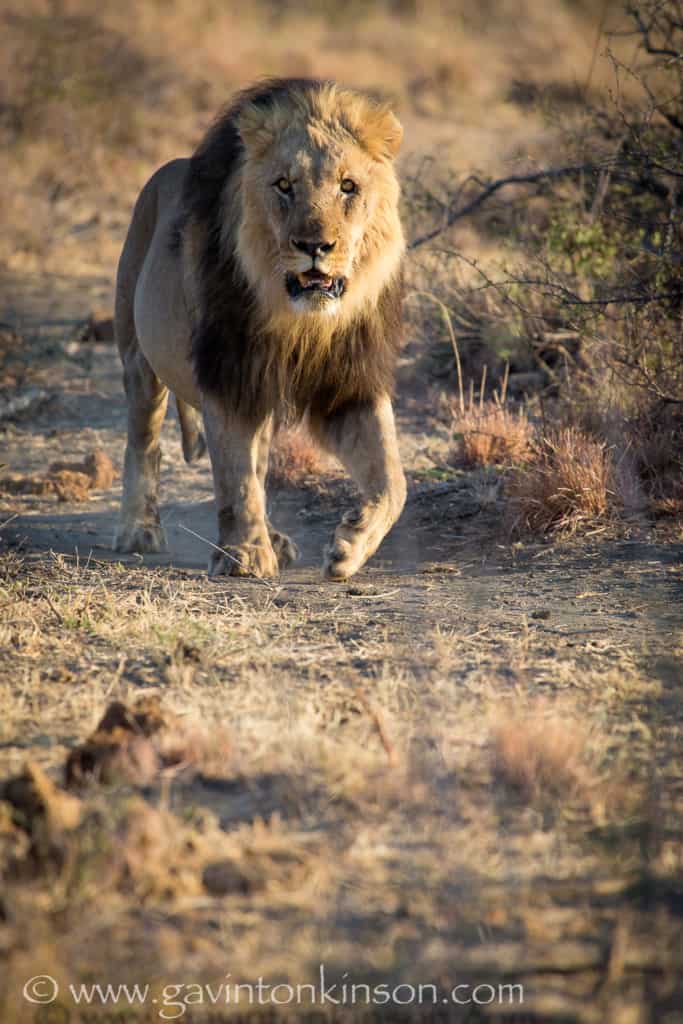 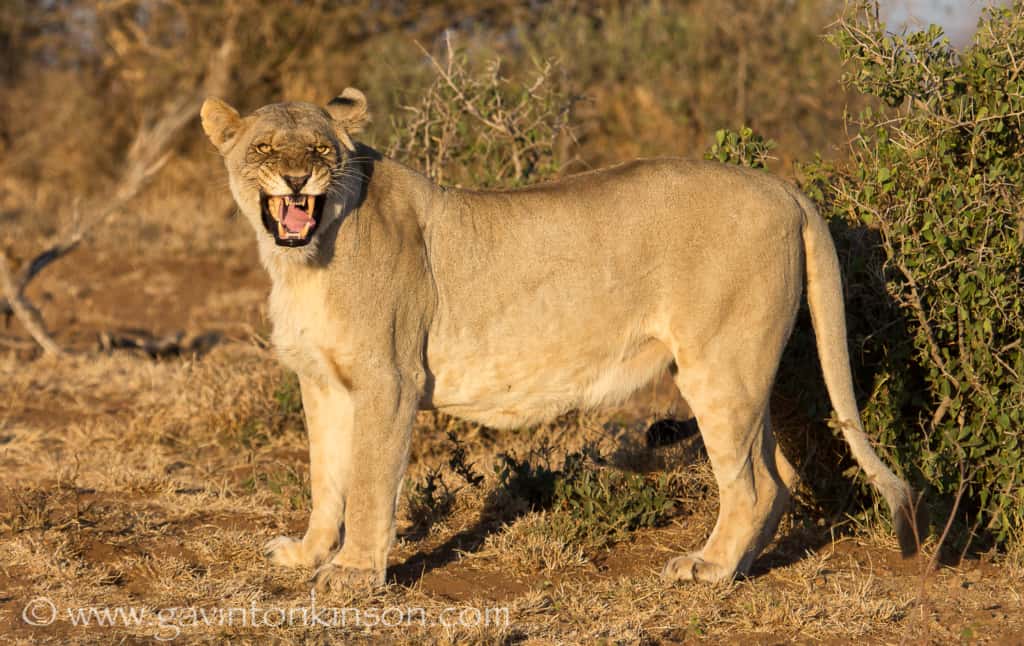 The north pride has been doing really well, and have been making up the bulk of our lion sightings this month. The 2 sub-adults have what seems to be never ending energy levels as they stalk, pounce and jump on each other as they hone their hunting skills. 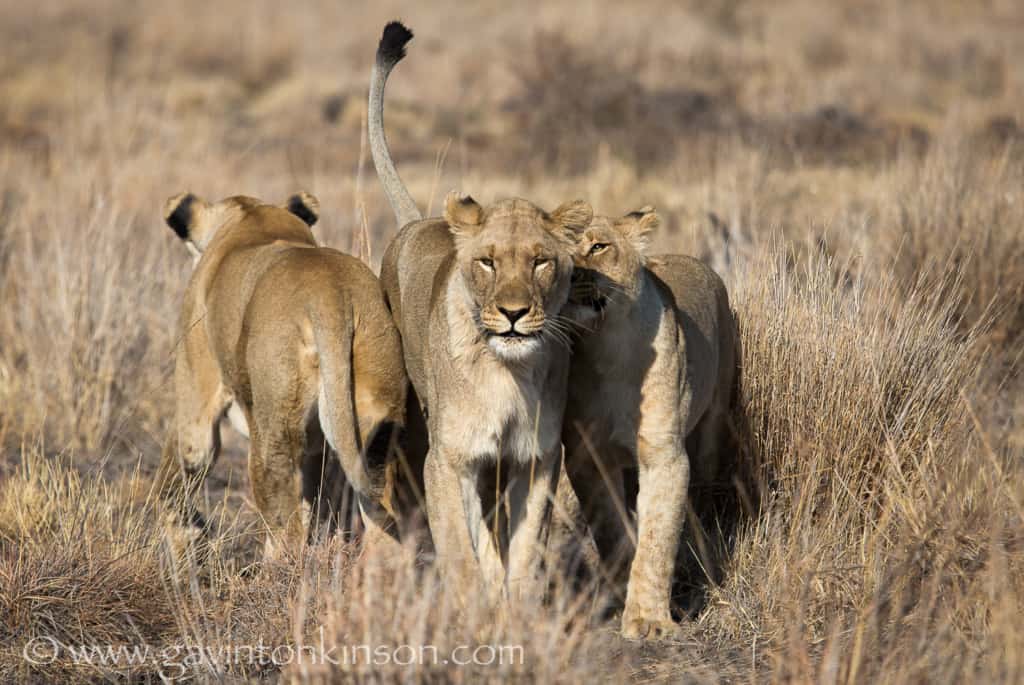 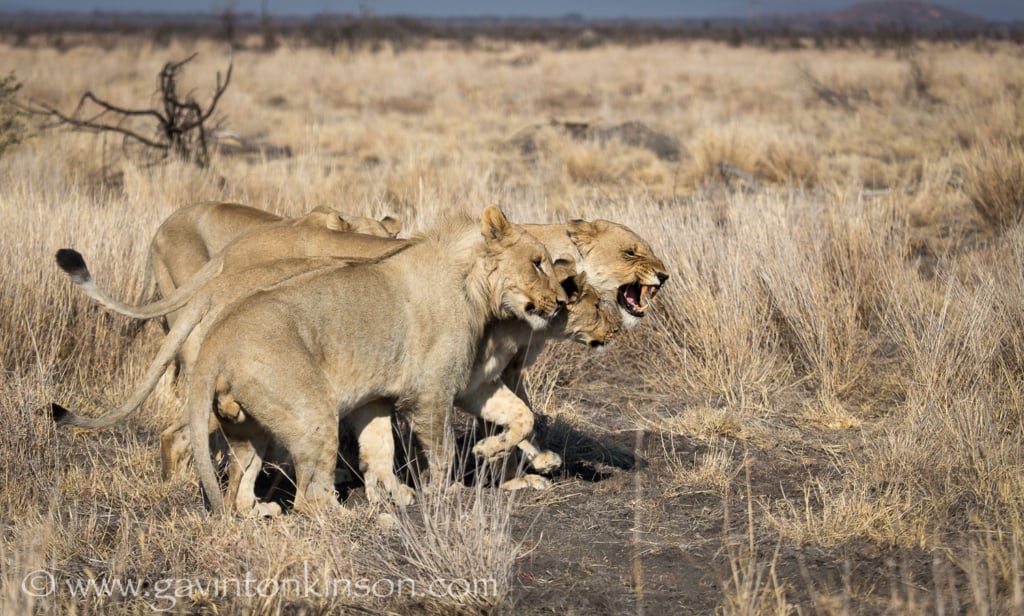 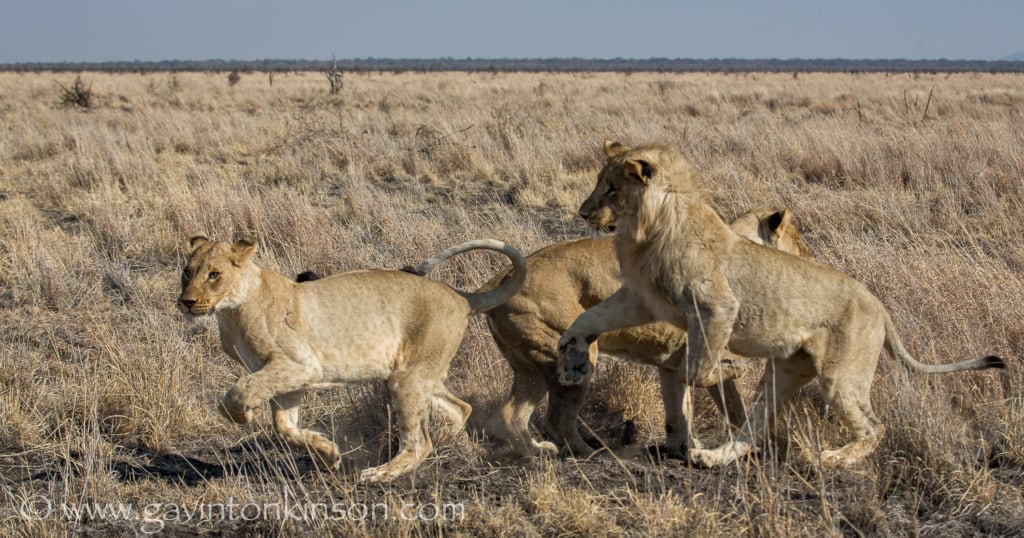 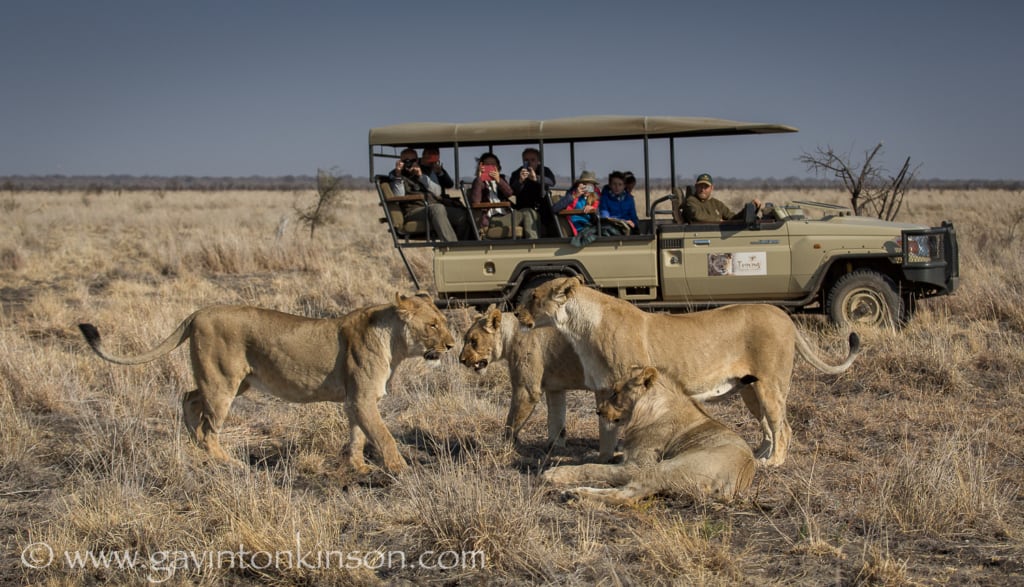 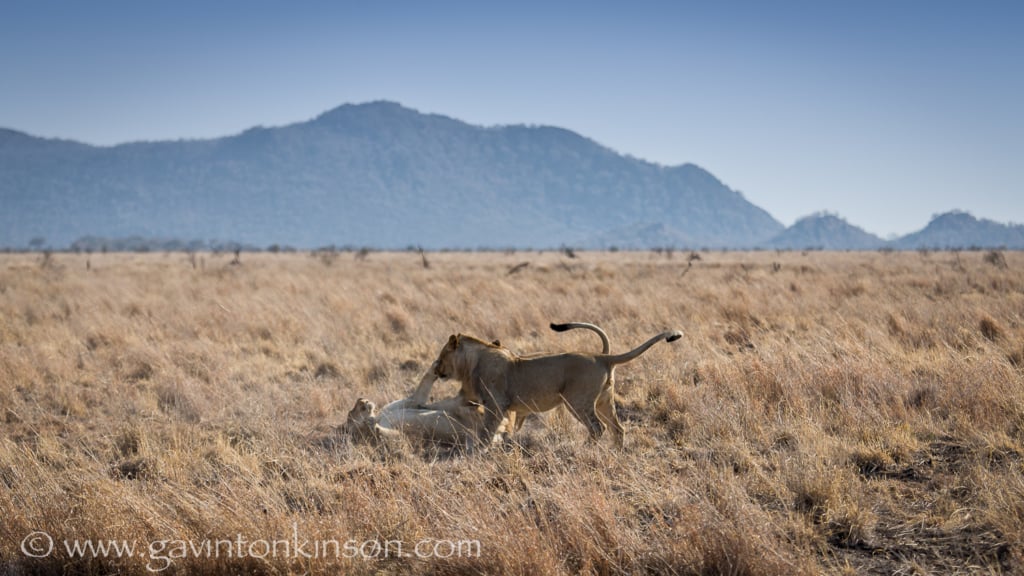 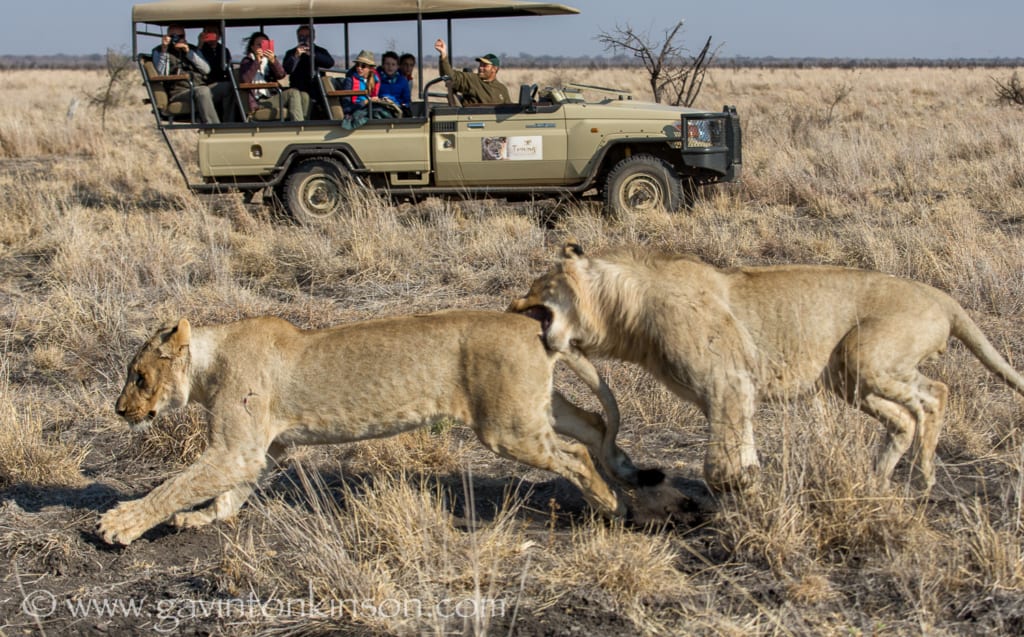 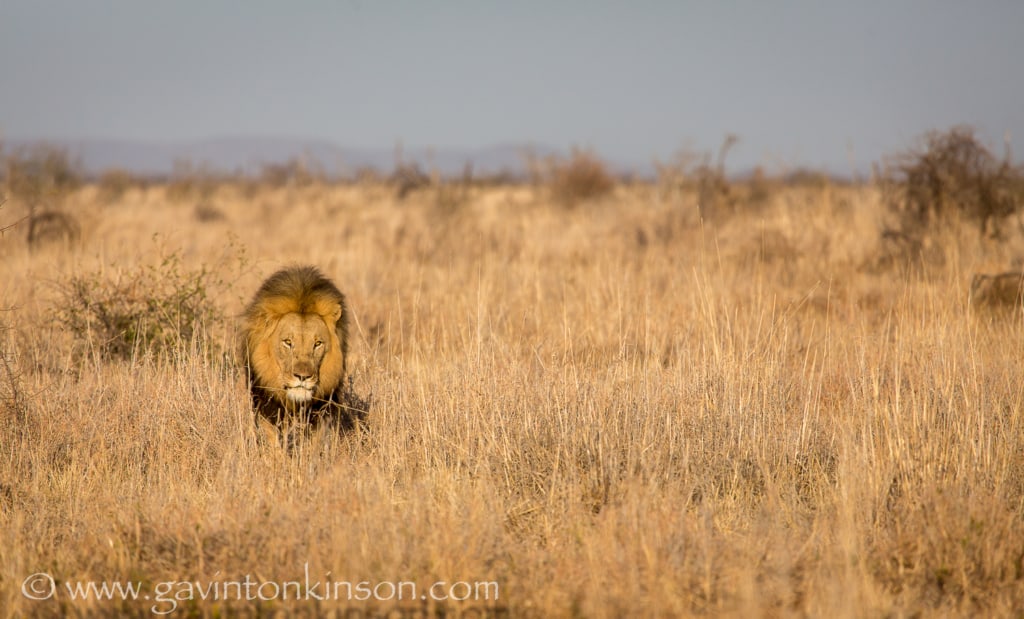 The 3 Mahiwa males who have now left their mother and are going solo in the south east of the park are becoming seriously impressive, and we have been seeing them more often as it seems as if they are trying to displace the Lone Modimo male, who is also been seen with the south pride females on the odd occasion. So In the near future things could heat up and the 3 strong Mahiwa boys will probably come up on top soon.

One morning we also found the Mahiwa males lazing around Melorane pan after having a drink, when a brown hyena pitched up. The brown did not realise that one of the lions was stalking him, and we thought that the poor guy was toast… But, as the lion pounced the brown hyena gave an almighty shrill sound and the lion stopped in his tracks, giving the frightened hyena time to make his hasty retreat. To live another day. 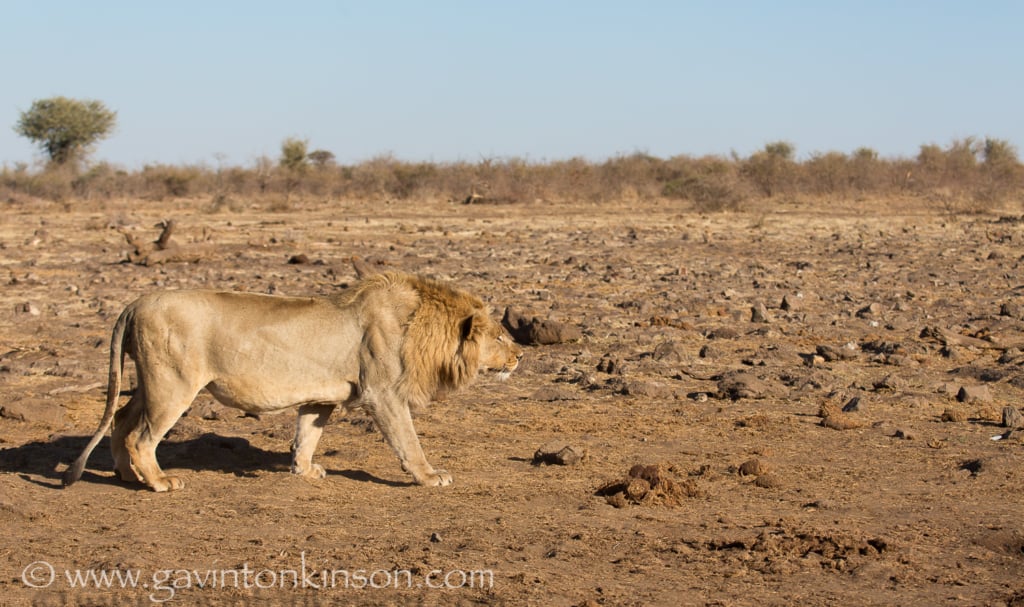 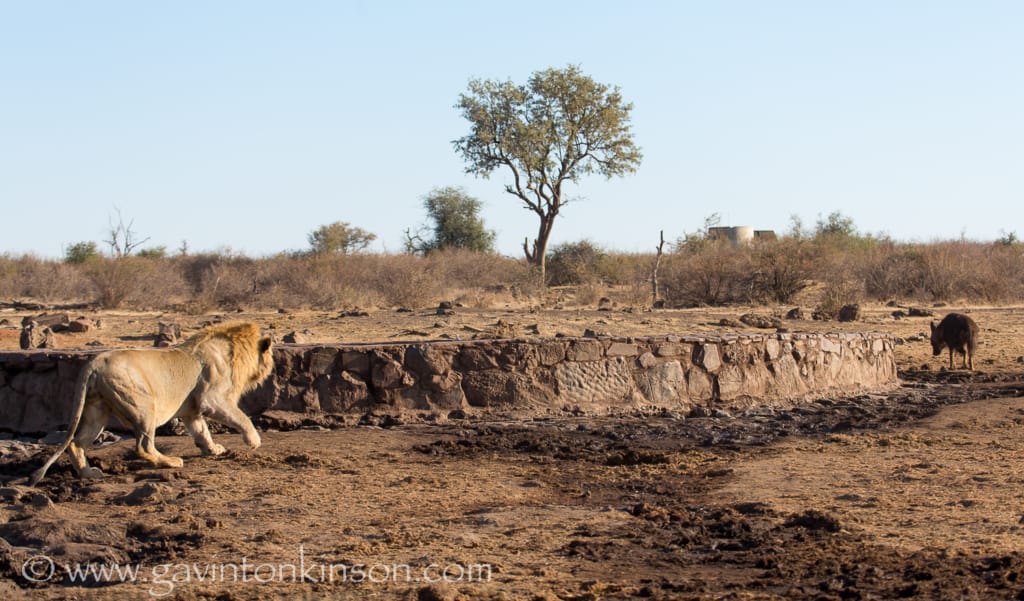 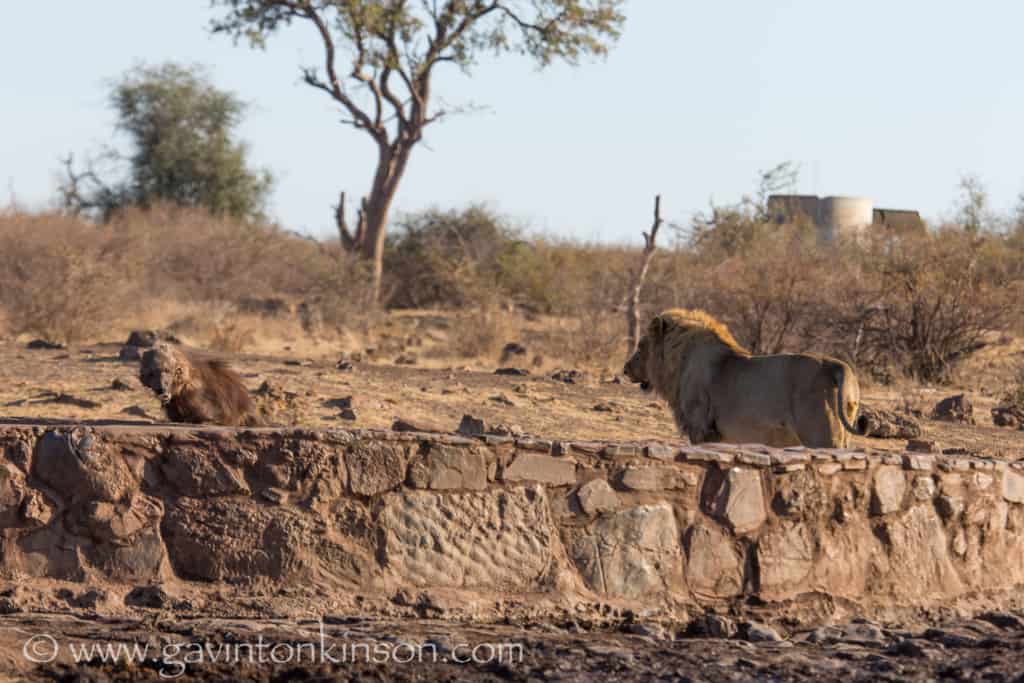 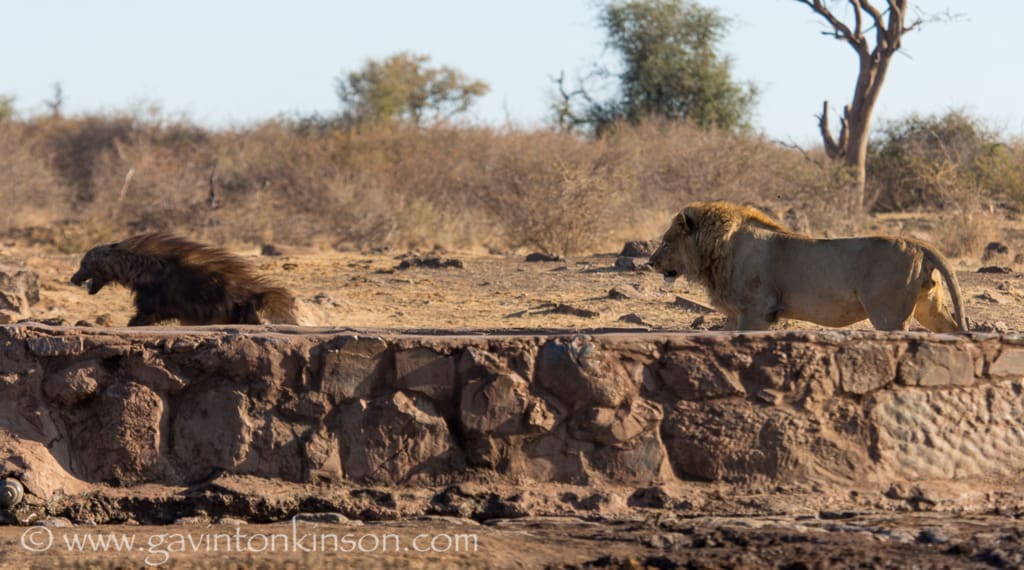 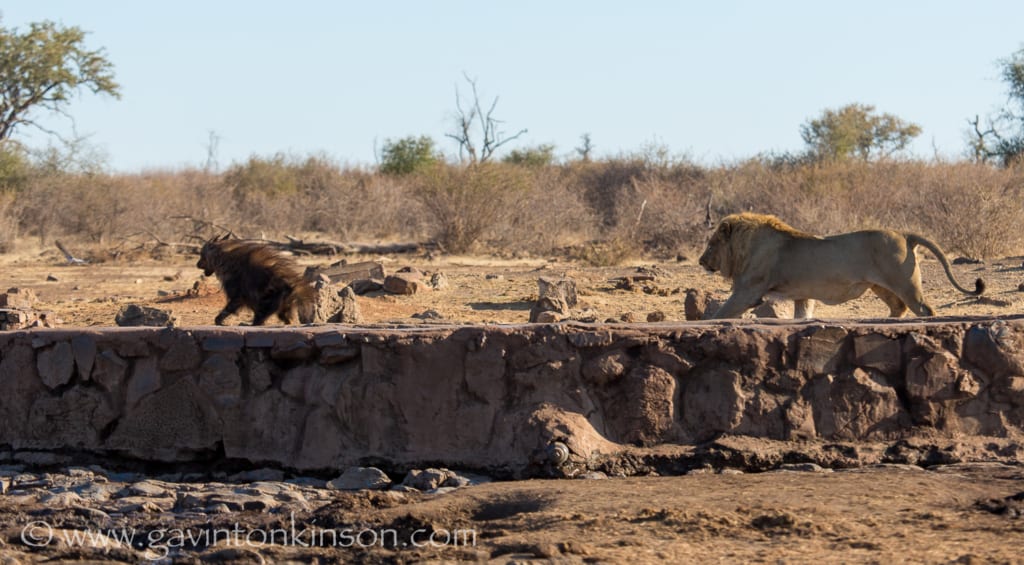 Munye, our resident male leopard has been super scarce this month, and we have not been seeing him as often as we would like, but there is also more signs of that new female which has been making her presence felt after the void that Tsala left a couple months ago. We are in the process of trying to habituate her to the vehicles, and it seems like it wont be as easy as we thought, as she is still very weary of our vehicles.

The wild dogs are still denning in the Tshwene mountain complex, and should be about to leave their safe house shortly, and hopefully we will see the puppies running with the adults soon.

Other good news on the wild dog front, is that we have acquired a new pack. 3 Females from Hluluwe (Natal) and 5 males from Tswalu(Cape) that are to be introduced into a boma/holding facility and will be in there for some time, as we try and bond them to create a new pack. Then we should have our quota of 2 packs in Madikwe once more. 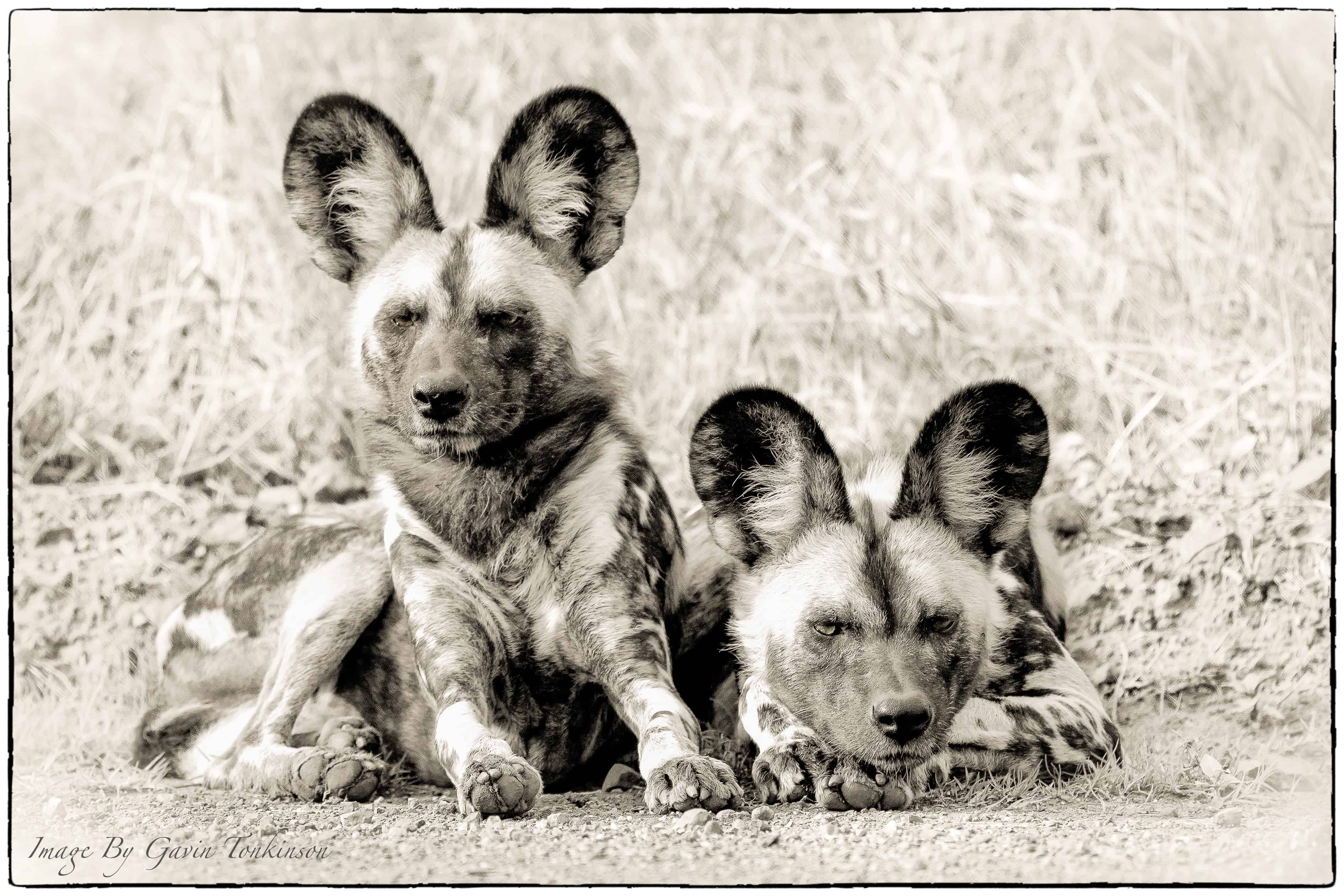 The hyena den in the south west, has been producing some amazing sightings, and we now have seen 4 generations of cubs that are 8, 4,3,and 2 months old. The cute factor is crazy, and their bear-like appearance is startling. Which is in fact the truth… Yes, hyenas are more closely related to bears than any other animal. 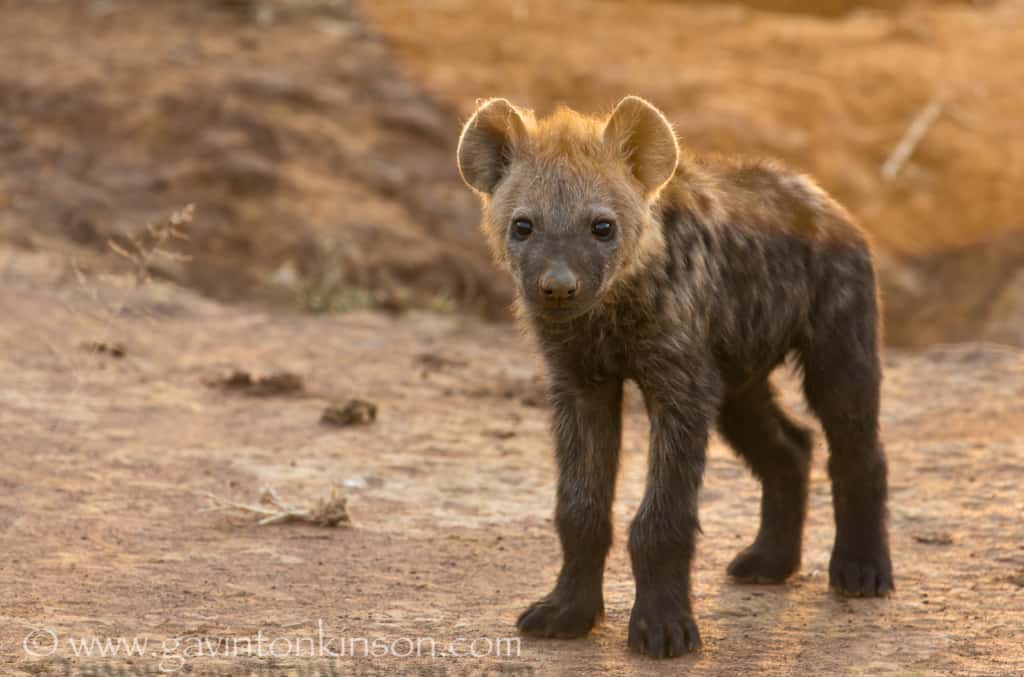 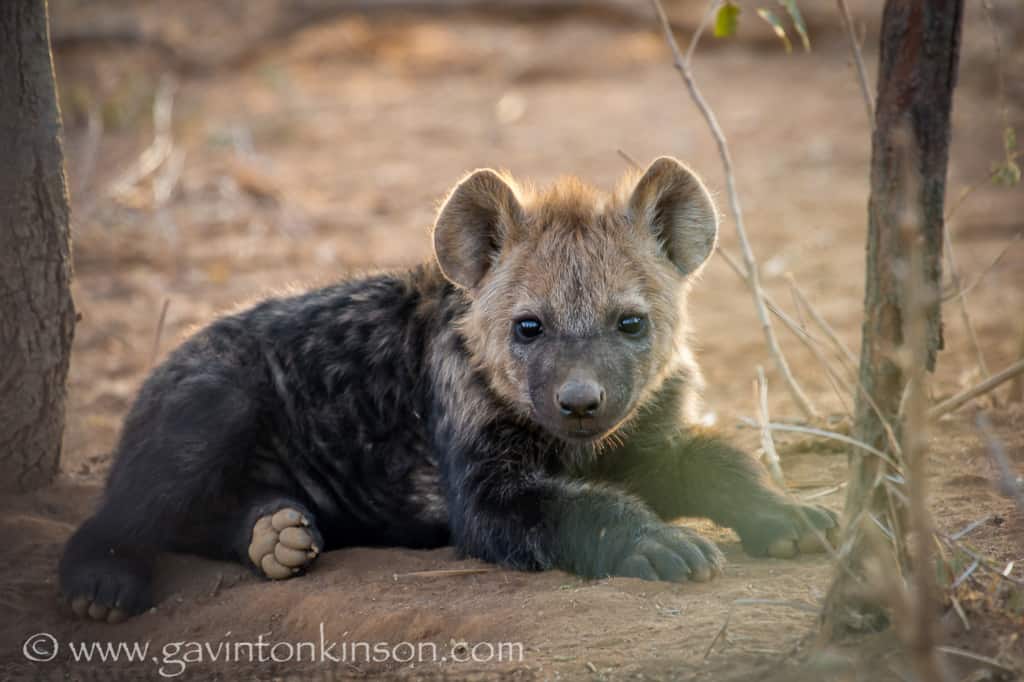 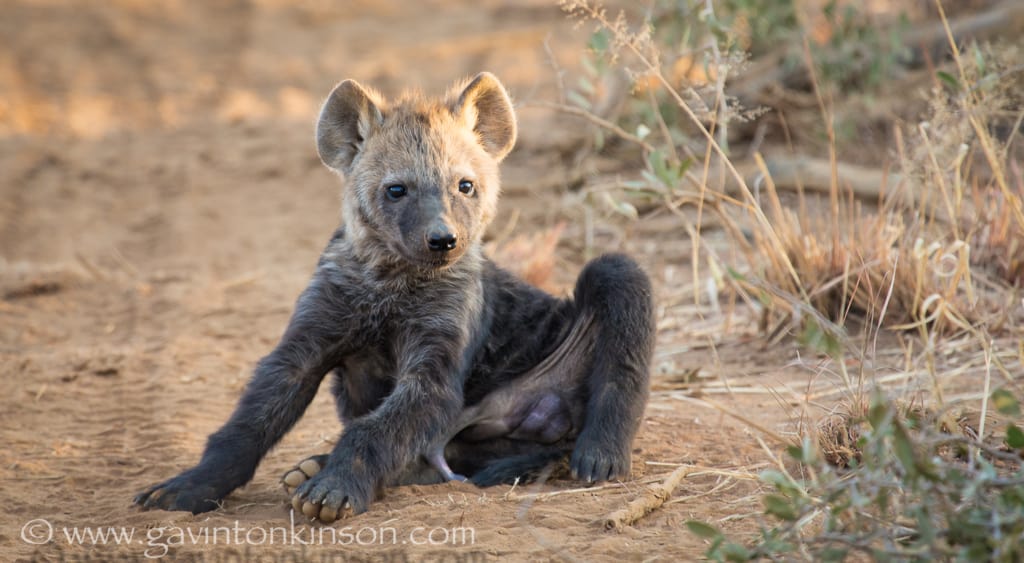 The cubs are super curious when the adult are around, and will come right up close to the vehicle to inspect its passengers, but are equally skittish if the adults are not at the den on a particular day.

The playful antics of the cubs can sometimes be rough, which is the way that they are forcing their birthrights over less hierarchal cubs, as you are born with your rank. So if your mother has a very high rank in the clan system, you as the cub automatically inherit that particular status and rank.

We also has another rhino die of natural causes at the beginning of the month, and also gave us some great opportunities to photograph these awesome animals, and I always try my best to dispel any myths that hyenas are always the “baddies” of the African Savannas . 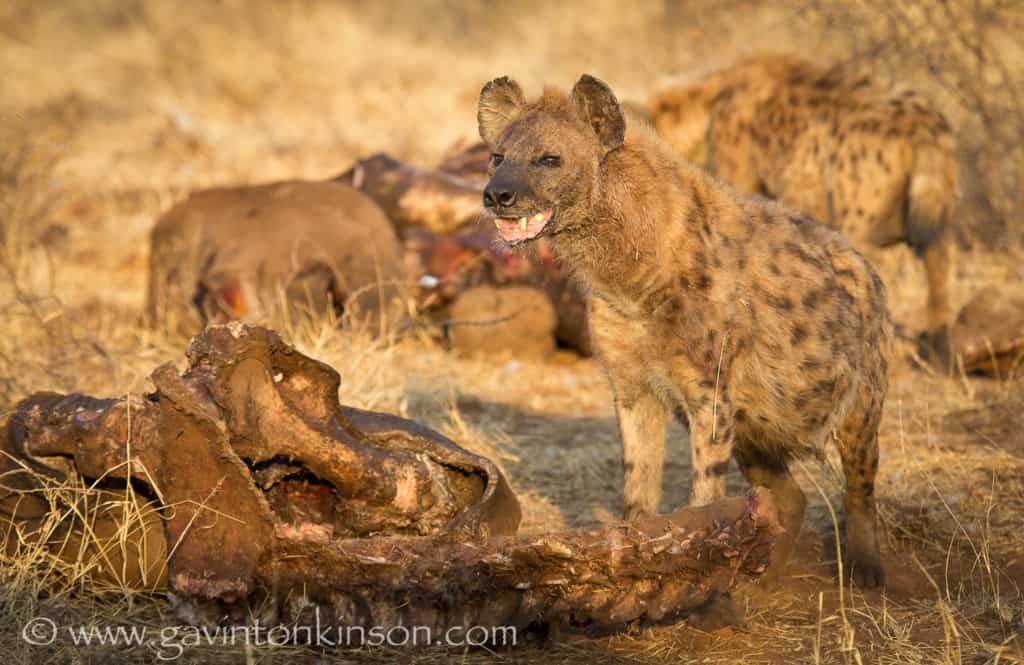 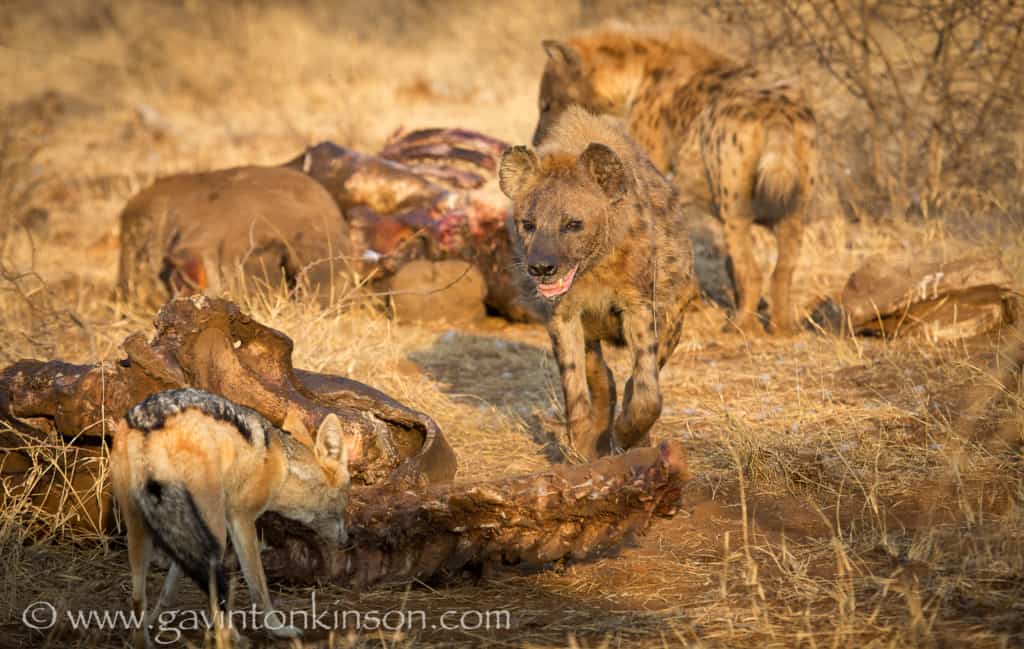 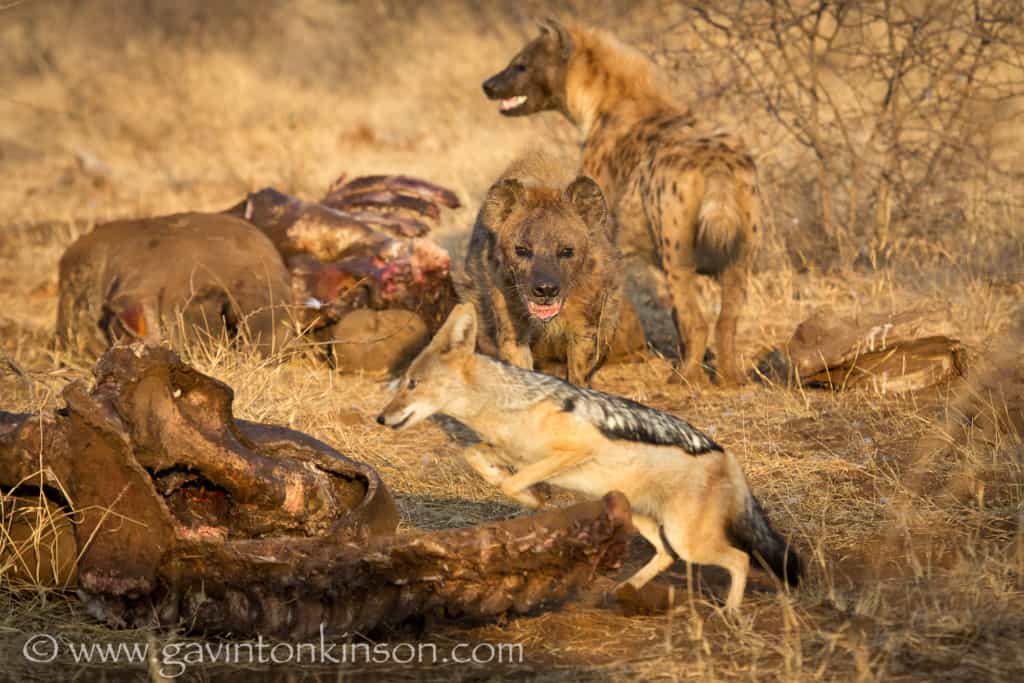 The general game sightings this month are always incredible this time of the year, as they congregate around waterholes, and inevitably there will always be a predator not far from them, lying in wait to secure their next meal. 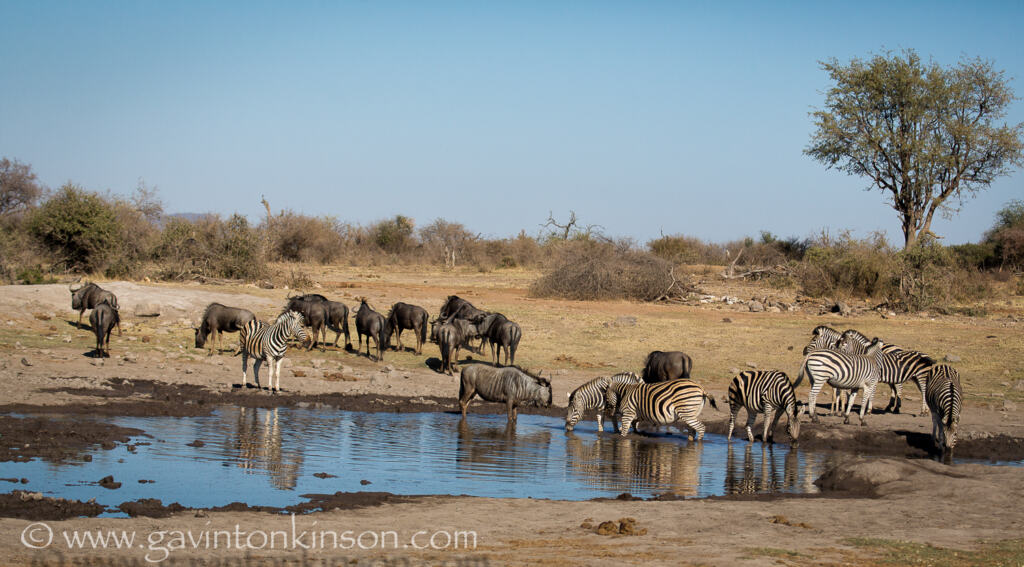 So next time, if you are planning your trip to Tuningi…. August and September are cracker months to see all that Madikwe has to offer !!

Thats it for this month…