This week has been a busy one, as the bush is looking extremely lush and vibrant while the butterflies add the splash of colour as you go in search of the Super 7. (Big 5 + cheetah and Wild dogs).

The hottest news as you may have seen in previous posts is that the 2 dominant male lions in the area have been reduced to one…. yes, it is now safe to say that the “Kwandwe” males are going to take over the territory very shortly, and will more than likely end up killing the remaining Naledi male who is definitely not giving up his females without resistance. He has been standing his ground, and they have had many fights in the past with the winners trading the title of landlord for the last 8 months.

This is going to be very exciting news, as the stronger Kwandwe males have already mated with one of the Mica females, so it will be tense out here in the lion world for the next couple of weeks.

The Wild dogs have been struggling lately to kill regularly, and this is due to the conditions been favourable for the prey, and they have lost a little condition as a result. However… you can not be disappointed when you are following them on a hunt as they chase after full grown zebra and wildebeest at high pace, as they are still one of the best sightings to be in when they are in a killing mood. On this afternoon, they were just in another league, and they looked as though they had done their homework on this game play, when they managed to pull down a wildebeest in the south of the park. 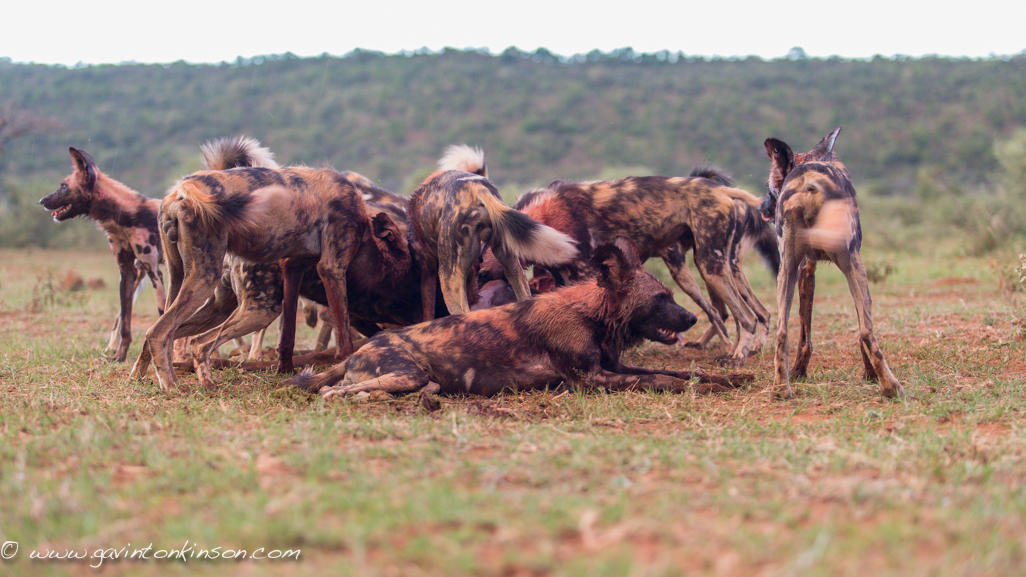 Then this morning we were all impressed by the speed and agility of a jackal, as the 4 cheetah brothers gave them a good chasing on the airstrip. The jackals were following the cheetah around as they knew that they were on the hunt, and were more than likely going to get a scrap or two from these super predators. Then all of a sudden the cheetahs had decide they had enough of the scavengers in their presence and gave chase !! Well, we were pleasantly surprised at the speed and agility of the jackal, and he escaped death by a hairs width. 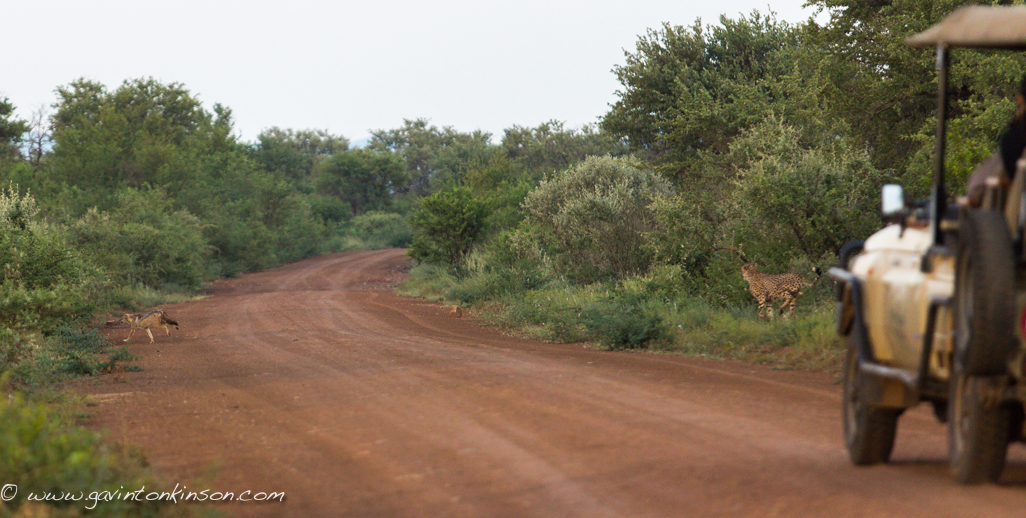 After they had missed the jackal it seemed to have put them into a hunting mood, and they continued in a northerly direction and not before long, they found some zebra… it was over before you could finished blinking !! 0 – 100 km/h in 3 seconds, and the result….. 2 baby zebras killed by them in different locations. You have to envy their efficiency … 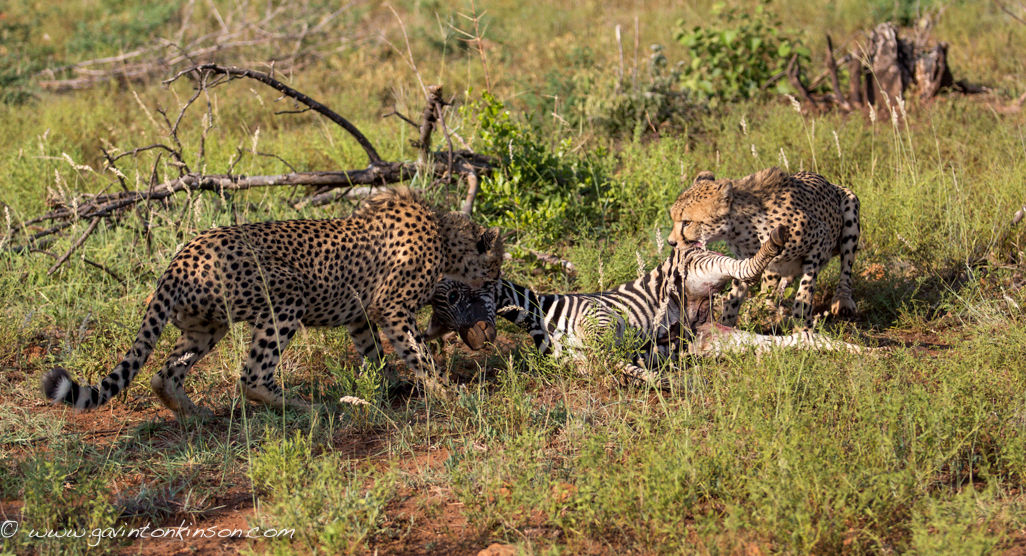 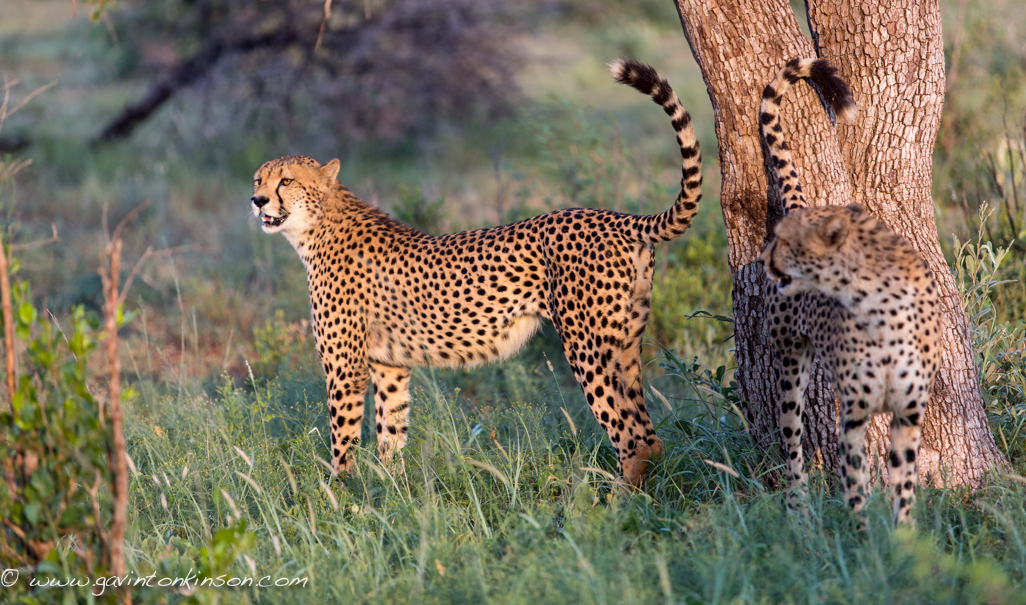 The light for photography is pretty amazing at the moment, especially as it breaks through the dark thunderclouds above after it has rained just enough to clean the air of its dust. the results are beautiful light, and mix it with an elephant feeding it a short distance from the vehicle, you have a winner image…. 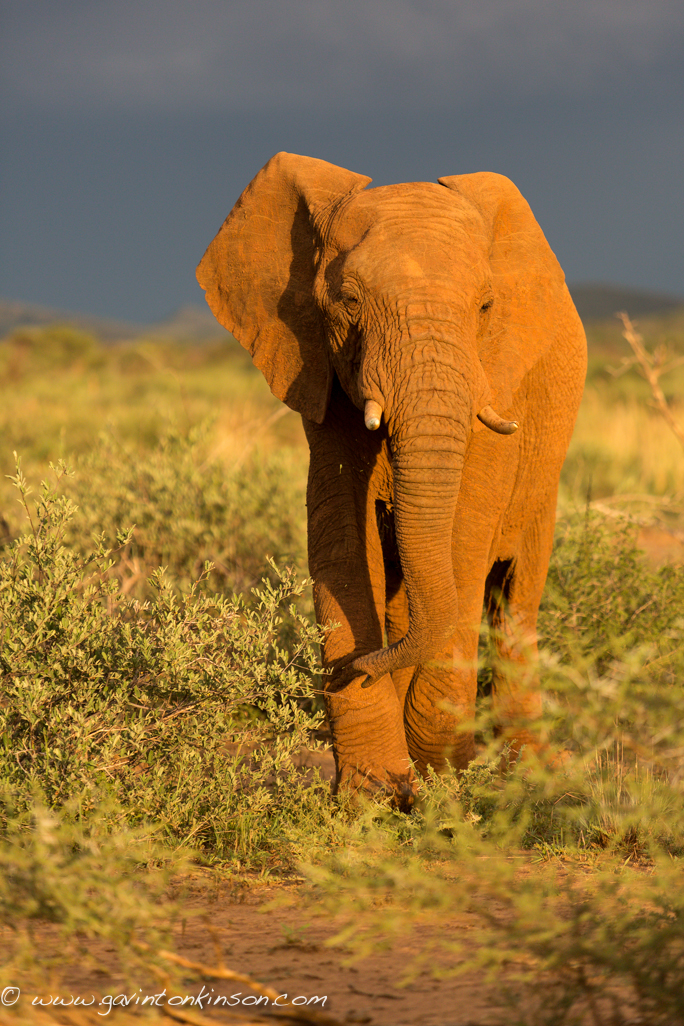