The Naledi male on a mission…

We found the Bulaya females and cubs in an old quarry not far from the lodge. They looked very uneasy with the roars of male lions breaking the morning silence.

Later we found the Naledi male following his call. He was trying to protect his girls from the two new Kwandwe males pushing into their territory. He followed their calls for some time roaring the whole time.
He being by himself after his brother died, possibly from a fight with the Kwandwe males, is under pressure to protect his females and possibly his last offspring. 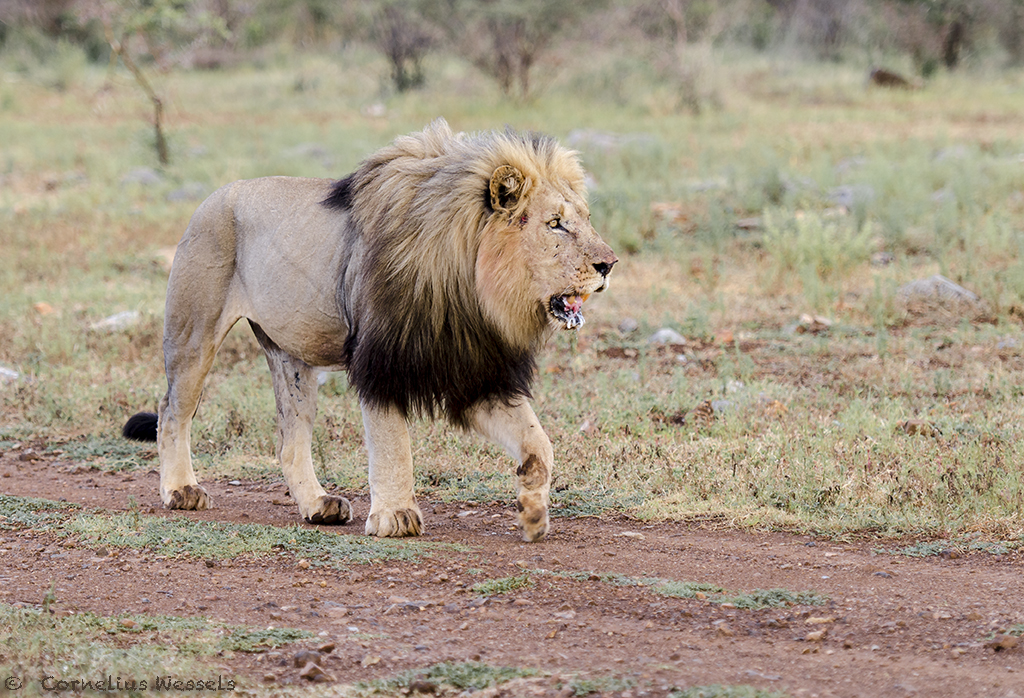 For now his experience is keeping him alive!!!