Warmest greetings to all of you,

At last I have the news you all have been waiting for! Rain at last!
Oh how wonderful to feel the first fat rain drops landing on your head, the smell of the dry earth resisting being soaked, little dust clouds forming around each drop landing, and then the tiny streams starting to form and run wildly around your feet… MAGIC! 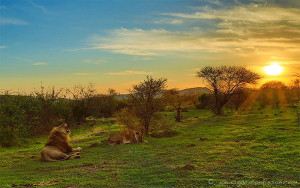 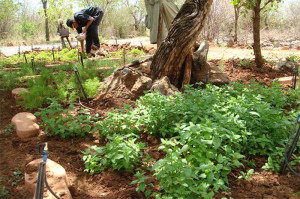 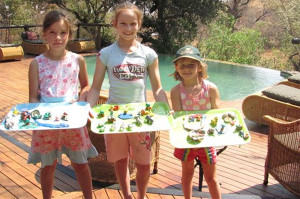 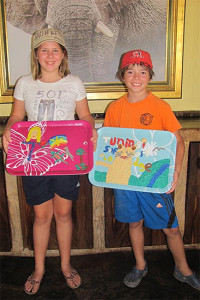 It only took two good rain storms to turn the whole of the reserve from yellow and dusty to sparkling green. We had to wait for the rain before we could plant the seeds for the Lodge’s summer herb garden and could do so in the beginning of the month. Now the chefs are already harvesting. There is nothing better than to eat food cooked with love and fresh herbs from your own garden. 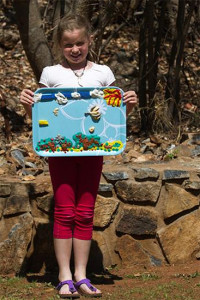 October is usually the busiest month of the year for us and we were once again so lucky to have lots of return guests as well as loads of new families that we have never met before.

The children made lots of new friends and are all trying to convince their parents to book a return visit for the same time that their new friends are planning to come back. Needless to say, our newly re-furbished patio area was abuzz with activity, morning, noon and night.
We could not believe the amount of creativity the kids have shown us especially in the regular World Championship Clay Molding Competitions held.

The Reserve is teeming with game once again as more than 4200 head of game has been reintroduced into the Park over the previous couple of months and we are expecting another 2500 early next year. We also just heard that another 4 cheetahs were dropped off this morning! This is really just amazing and obviously make for even better game viewing than ever before!

Out in the bush, Cornelius had some of his most memorable game drives in his career, but let’s rather hear it from the horse’s mouth.

Yet again the most amazing things are happening and making every moment out here worthwhile.

The introduction of animals went well and it is so nice to drive and see something around every corner, even if it is only an Impala.
Best of all that was introduced is 2 male cheetahs. They are still in the enclosed boma, but will soon be released in the wild. After them 4 more will come in and then 2 more. 8 cheetahs in total, can’t wait to see these guys out on the plains. Surely some awesome photos to follow. 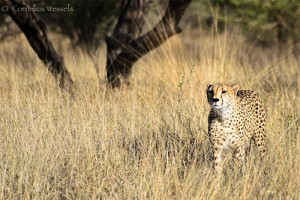 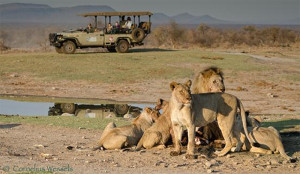 The lions are having a feast with the new game that was introduced. A very good time for the youngsters to practice their hunting skills. We often see lions eating something.

The Wild dogs are also doing extremely well. The big pack that was denning on the private land next to Madikwe are all moving together, all 25 of them!

The small pack that was denning in the Dwarsbergs are out with 6 pups and spending most of their time in the south of the park. 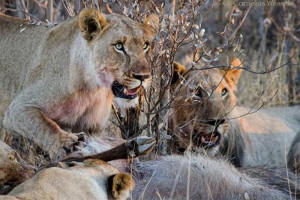 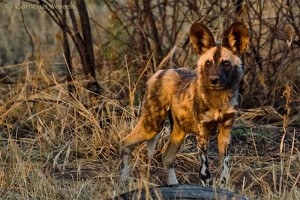 But…
Here is the biggest treat of all…I saw my first Pangolin!!! Five years of guiding was all worth it for that moment. This is how it happened. 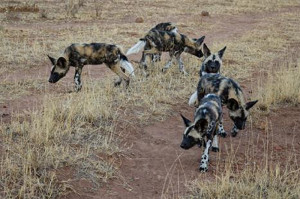 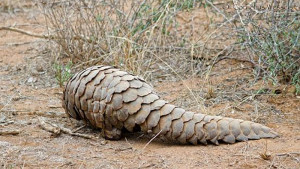 It was still cold and cloudy from the previous days rain, which by the way we are very happy about. It was quiet with little animals around. We decided to try and relocate on the Wild dogs that we saw the previous night on the northern fence. On the way there someone did find them so we took it slow not to get too cold. While on standby to go into the sighting we stopped at the Cheetahs in the boma close by. Then I heard the word, KGAGA (Pangolin in Tswana). I took out the map, not knowing the eastern side of the park that well, and saw we weren’t too far away. I forgot about the Dogs and Cheetahs and went for it. The excitement grew as I went up in the standby positions hoping it will still be there.
I was called in… I took my camera, almost forgetting about the guests. I had to stop myself from running to where this THING was. 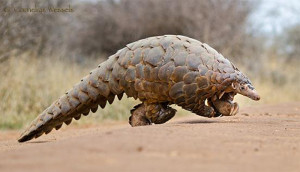 I was speechless. I still can`t express that moment in words. It looked even more strange than what I imagined. It was slowly moving around in an open spot next to the road making for some nice photos to be taken. They have strong claws for breaking open Anthills. They eat ants and termites with those small mouths. By now it was on the move back to it`s burrow since they are mostly nocturnal.

As it crossed the road I took this shot lying flat on the ground.
I was smiling for almost 2 days straight and still get exited thinking back to that day!!!

Make that booking now, and come and join me on my next exciting game drive! As you can see, it gets better every day! Till next time
Cornelius