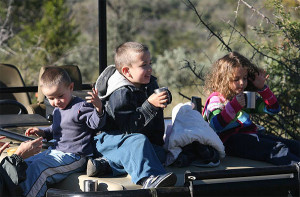 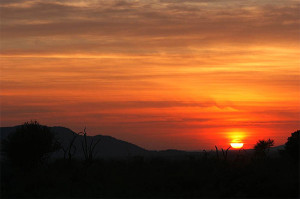 A warm hello to all of you again!

Although the change of season is not evident in the lushness of the vegetation yet, the crispness in the air in the early morning is a sure sign that winter is upon us. We actually love the winter months, as it means day after day of clear blue skies. The days are always sunny and warm while the temperature drops to almost freezing cold after sun set. This calls for blazing fires awaiting our guests on return from game drive in the evening and lots of hot chocolate for the kids on morning coffee stops. The bush will slowly start thinning out making game viewing easier than usual. The small water holes will also start drying up, forcing the animals to come and drink at the lodge’s water hole more frequently. All in all a wonderful season to visit Tuningi!

To all of us in the tourism industry, the month of May, means ‘Travel Indaba’. Every year during May, South Africa hosts thousands of overseas delegates in Durban and gives all of us a chance to showcase our products and meet tour operators from all over the world. This year, once again, it was confirmed that more and more people than ever are visiting Africa to witness first hand its great bounty. Many, if not most, leave vowing to return again and again, so moved are they by what they see and feel.

Another topic discussed throughout Indaba was conservation. Everyone agreed that there is much to celebrate. Conservation has triumphed on a grand scale in so many places in Africa over the past few years. The greater Table Mountain range, for instance, fringed by the sea and Cape Town’s sprawl, has been incorporated into a national park, supported by a multimillion dollar fund. The Kruger National Park, one of the most famous and most visited national parks in the world, has formed a cross-border partnership with conservation areas in Mozambique. Where else in the modern world can conservation lay claim to a million hectares being added to its assets? Madikwe Game Reserve, one of the newest Reserves in the country, has now established itself so well as a successful conservation area, that we are actually able to supply other reserves with animals. At the moment for instance, we are capturing hyena to trans locate to the new said Kruger- Mozambique Transfrontier park. 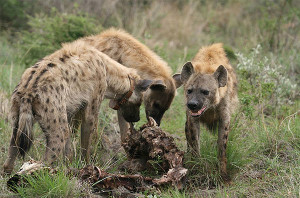 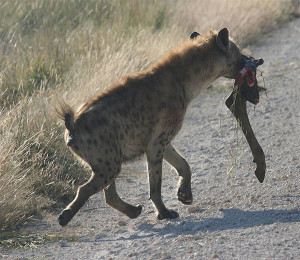 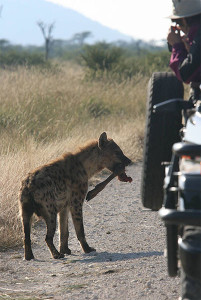 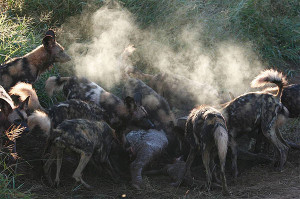 One of the first predators to be introduced into Madikwe fourteen years ago, were 8 spotted hyena. These intriguing creatures were captured in Namibia and flown to the reserve in 1994 – possibly the first operation of its kind.

A second clan of 7 adults and 4 cubs from Skukuza in the Kruger National Park; was introduced in 1997. This was done to improve genetic diversity and also to establish rival clans to reconstruct a healthy hyena population. Well, is it not just amazing that we can now return the favor and send some new genes back to Kruger?

As a matter of interest:
Despite their appearance and popular opinion, hyenas are not dogs. They are in fact closer related to cats! As carnivores, the Hyaenidae Family is relatively young – their direct ancestors are civets, a group they diverged from a few million years ago. They obviously evolved to occupy an unfilled niche – that of scavenging remains from kills, and their anatomy was, therefore, moulded for the job. They have powerful jaws and modified teeth for crushing bones to get to the marrow and make pieces swallowable. Their powerful necks and sloping backs are the basis of their powerful leverage system. They can pull chunks and limbs from carcasses and carry heavy pieces for long distances. Although many people think that they are just ugly beasts, they are actually amazing creatures and incredibly interesting to watch.

Talking about sightings during May:
The wild dogs were at it again and caught a huge water buck one early morning. It was once again gruesome to watch them tearing the animal apart, but in the morning cold, the steam was rising from the dead antelope’s belly and created the most awesome photo opportunities. Once again, we were amazed at the speed in which they could rip open and devour such an enormous piece of meat! 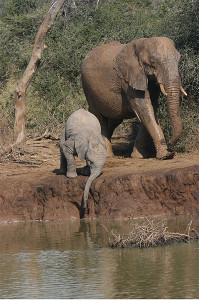 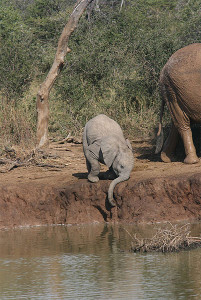 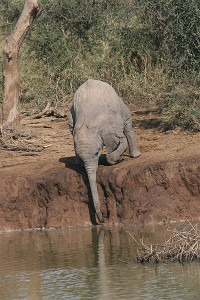 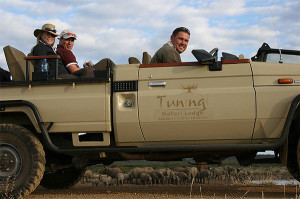 We also had lots of wonderful elephant sightings. The one that stands out though, is that of a six month old youngster trying to take a sip of water from the embankment at the water hole. His trunk was just not long enough and the onlookers obviously found this most amusing…

As usual, we were privileged to meet and host many wonderful people at Tuningi during May. Two of our guests have to be mentioned in particular. The Queen of England’s grandson, Peter Phillips got married to Autumn Kelly this month and they chose Tuningi as their honeymoon destination. Needless to say, they were spoilt rotten in true Tuningi fashion, and we wish them a wonderful life together, forever.

Well, time to say good bye again.
We hope that you will have a great month of June and that we will see you all again soon!
Kindest regards
The T-team

P.S. Do not forget to have a look at our beautiful kids art gallery!! 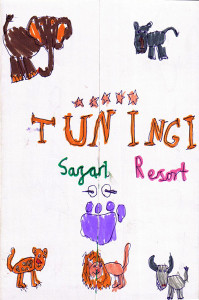 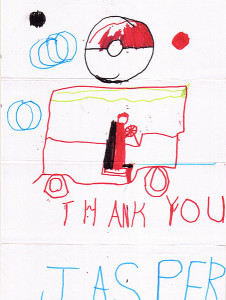 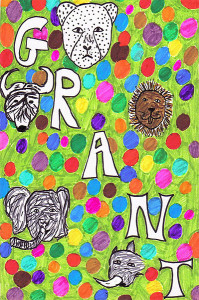 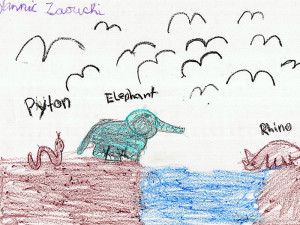 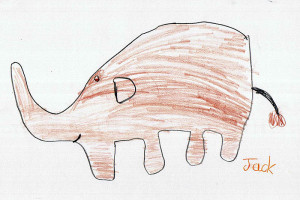 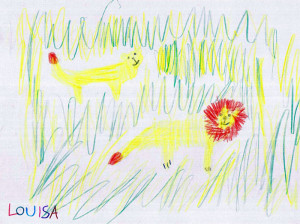