Another fantastic month flew by and we are slowly starting to anticipate summer, but we’ll have to be patient for one more month. Not that I’m complaining, I love the winter, it makes our job (if you can call it that, some just refer to it as a permanent holiday) a little bit easier to spot game. The bush feels much more open and inviting and you never know when a leopard might make his or her appearance around the next bend in the road. 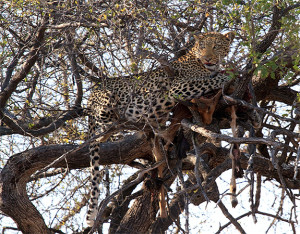 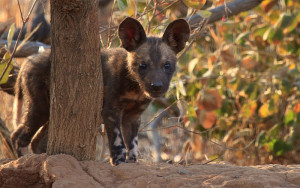 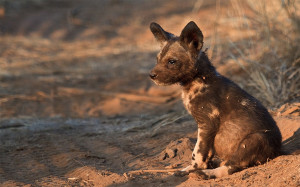 Well unfortunately it didn’t happen that easily, but we did manage to find her. One of the other rangers spotted her with a kill in a tree next to the road, but kitty was not to happy and took her kill and leisurely walked off to go and find a place where she could feed in peace.

We scratched around for a while and were lucky enough to find her again not too far from where she was first spotted. We went back that afternoon and what a sighting she gave us. We spent about twenty minutes watching, as she contently gnawed on her impala kill not bothered by us at all, exactly as we wanted it.

Well now the update that I’m sure everybody has been waiting for. (Drumroll please)……… Yes Gavin and Cornelius did manage to locate th small wilddog pack’s den site that they were still looking for in the previous newsletter. Well done guys!!! These little pups are providing us with endless entertainment as they play and run around the den site and are getting bolder and braver every day. They even come right up to the car to inspect if you might be another chew toy like everything else in their world. Well, with the addition of these 7 new pups our Wild Dog population has grew by quite a bit and there are now between 40 and 45 dogs in the reserve. Madikwe’s Wild Dog success story continues.

We have had some of the best lion sightings this month,so we will highlight a few. We were driving in the North Western part of the park and it was one of those very slow, quite mornings, (yes I know it doesn’t happen often but they do happen sometimes). Nothing wanted to show face this morning, so just to lift the spirits a bit I stopped for coffee. As luck would have it someone found the Chaba pride not too far from us and I sighed a huge sigh of relief. At least we’ll see some lions, and did we see lions? When I got the sighting they were in the middle of a block but still walking. So I said my little prayer against flat tires and went off road to get to them. After a bit of bundu bashing I came into a nice open clearing and decided to wait for them there, not realizing that I was standing in the middle of their path. 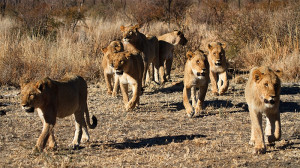 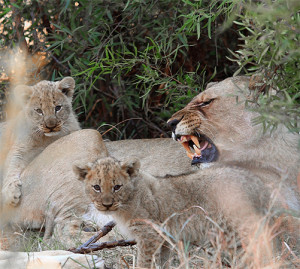 Eleven lions walked out of the long grass and headed straight for my vehicle. Now the lions are very accustomed to the vehicles and I knew we were in no danger, but there is still something primitive in one’s being that makes your heart beat just a little bit faster when 11 lions are steadily heading your way. I was facing them broad side and the lions actually split in two to walk around my vehicle, one sub-adult was actually quite grateful and came to lay in my cruisers shade a meter away from the back tire as one of his siblings actually passed beneath my cruisers overhanging back seats. Eventually they all passed by and we were left a little speechless by the great sighting.
The other lion sighting was not as eventful but is special to me because of the amount of work that went into finding the sighting. I was on my way to the Wild Dog den when I found fresh lion tracks on the road next to the Dwarsberg mountain range in the South of the park. At that stage we hadn’t seen lions for a day and a half which is a long time for us. I got to work tracking and luckily they stayed on the road for most of the time and were easy to follow. They deviated off the road now and again to give me a hard time but soon returned to their original path. I followed the tracks for almost 30min and then POOF!!!, nothing. 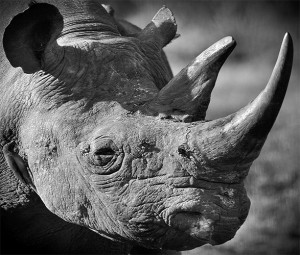 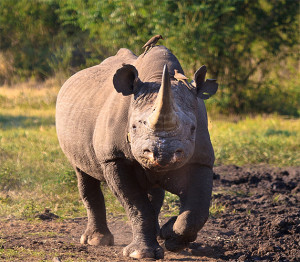 Well I knew they didn’t go off the road in a southerly direction, as the mountain range was in their way, so it had to be North to North East. But where North? There is a big place called Madikwe to the North of where they left the road and they could be anywhere. Luck was on my side and the place where they left the road was close to another that cut North. I went up that road to check if I could see any tracks that crossed over but found nothing. I was still sitting contemplating what to do when I heard a crow calling excitedly a distance off to the west of me. As I looked I saw the crow diving down in the distance. Eureka!! Crows diving definitely means something was killed, and as I focused my binoculars on the area, a very happy lion face came into view, GOTCHA!!! They were just finishing off the last bit of a wildebeest and got up to walk to the nearest watering hole. Job done.

There is more great news. The Southern pride, which are the the ones I was following above, have three new cubs. That brings the pride total to 16, if the 2 big Naledi males are with them,which is definitely something to experience.

On a much sadder note, the old Black Rhino bull that used to hang around our watering hole and was as much part of the T-Team as the rest of us, has unfortunately passed away. He was seen limping badly and reported to Parks Board. They started a helicopter search for him the next day. He was found on the ridge opposite room 6 & 7 and darted. From what could be seen, it looked like he was in a fight with another Black Rhino bull that badly injured his right hind leg. The wound was treated and we left hoping for the best, but unfortunately due to his old age, (he was estimated to be 31) and the severe beating he got from the other rhino he did not survive. So cheers big guy and thanks for all the amazing sightings. 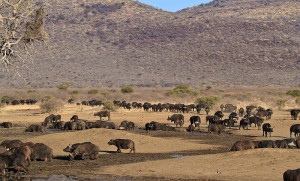 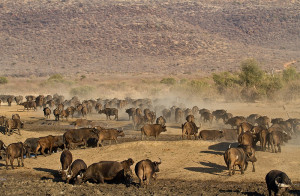 Well it seems like the whole big 5 chipped in to provide us with some of the most amazing sightings this month. I had been looking for the big herd of buffalo for a few days but was unlucky, just missing them every time. So this afternoon I decided to go to Tlou dam and wait there until they showed up. We were sitting at the dam watching a huge herd of elephants, when the call came in. The buffalo were a minute away from the dam. Then out of the tree line the herd gradually moved in. It was amazing to see 200+ buffalo meandering towards the dam and as I was sitting on the opposite wall one could really get an appreciation of their numbers and watch them fill up the area. Unfortunately after about 15min they got a bit spooked by something and started running back into the bush before all of them even made it to the dam, but it was a real magical sighting.

And just for the fun of it, a bit of the lesser mentioned species we see on a drive that together with the big and nasty’s make for some of the best game drives on offer: 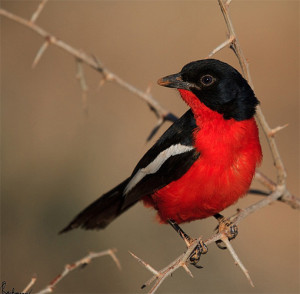 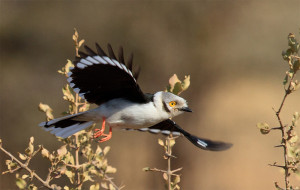 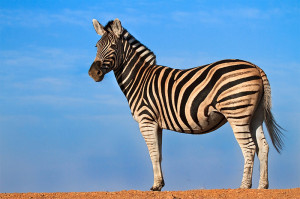 Well that is it from me and the rest of the T-Team for this month.
Hope to see you on safari with us in the near future to come and join us in the adventure that is Tuningi Safari Lodge.
Bush regards,
Christo