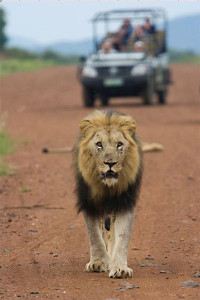 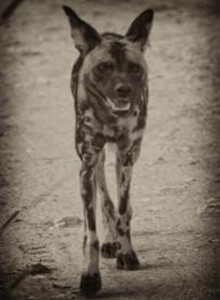 Warmest greetings to you all once again.

Although February was very wet throughout, we still had a fabulous time sliding around in the mud and testing our 4×4 skills to the full.

Usually the skies cleared beautifully in the late afternoons just in time for Game drive. The up side of this is that the cats and dogs were out to play on the roads every day as they do not like walking around in the long wet grass. This made for magnificent sightings all month long and for the first time in a while many of our guests had the opportunity to actually see a kill right in front of their eyes.

It can be quite emotionally disturbing to watch such a gruesome act, but it is always an amazing experience and something that leaves all speechless at the way Nature goes about its way. I will let Gavin take you through one of these once in a lifetime experiences in his own words.

Once in a Lifetime…….

Every now and again, you are blessed with some kind of pleasure in your life, and this is what happened on the 2 February 2009. I was on an afternoon game drive with only two guests from England, who had never been on a safari ever!

We set out with the intent of finding some of the more common species found in Madikwe such as zebra, impala, wildebeest, and possibly the odd elephant, when a call came on the bush telegraph … “WILD DOGS AT BRAVO 3 “. As I was already almost in that general area I took up a standby position for this sighting of the breakaway pack consisting of 4 dogs. Now, as anybody knows, seeing the most endangered carnivore in Africa, second to the Ethiopian Wolf, is something that would be enough to pleasure the most intrepid of safari goers, as only about 500 of these very charismatic predators survive in all of Southern Africa today!

So we arrived into the sighting with some very relaxed and docile looking wild dogs, as they were just resting in the shade, and the odd flap of their huge ears giving their presence away as the tall grass concealed them. Then there was a yawn……….

The dogs started stirring, and stretching their very lazy legs, they began scent-marking territory by spraying urine on the more prominent junction of the road we were at. They then decided to head in a southerly direction towards the lodge in the close vicinity, now looking hungrier and hungrier with each step.

We must have followed them south along the road for about 20 mins or so, when they changed direction again and started moving east towards a waterhole where I remember seeing some impala grazing on the southern bank a little earlier. Now every ranger in the worlds’ heart will miss a beat with the thought of wild dogs hunting and knowing that I had seen some impala in the area that the Dogs were moving into got me very excited. When we arrived at the waterhole we did not see any impala happily grazing, but instead we noticed this poor little wildebeest calf all on his own in the middle of a huge open clearing in full view of the Dogs…… 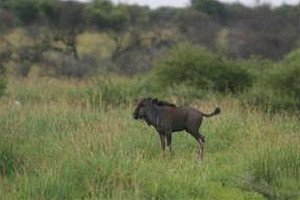 The tension was rising as the dogs came into view of the wildebeest. And almost instantaneously their ears went FLAT !!!

One of the lead dogs was off….. Chasing the wildebeest down, and gaining on him quickly! The wildebeest’s legs were moving as fast as they possibly could with the African “Painted Wolf” fast closing in. At this point I told the guests that they should put their cameras on to “sports” mode as the action would be fast and furious. Little did we know…. 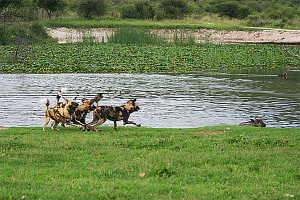 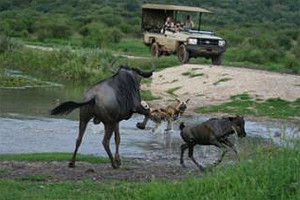 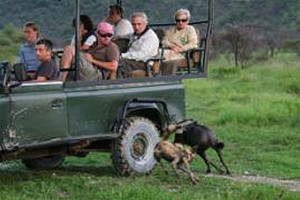 This must be a sight that no animal would want to face, especially not with the most efficient carnivore in nature. The dogs tried to get at him, but they were too scared of the water, and backed off in frustration. This lasted about 2 mins when reinforcements arrived in the form of a territorial male wildebeest trying to drive off the dogs as they kept harassing the now shivering wildebeest. 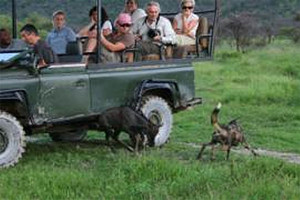 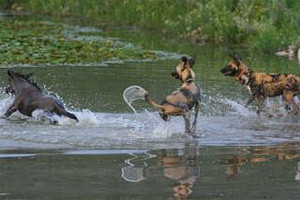 The calf then tried to run out of the water thinking that the big male wildebeest would save him, but only succeeding in renewing the dogs’ excitement and determination, as they then pursued the fleeing calf with great speed straight towards the vehicle !!

The wildebeest was in a tight spot with dogs nipping at his rump and legs right in between our vehicles which seemed to resonate the blood curdling scream of the calf as he saw a gap and ran back to the water, and past the big guy making a feeble attempt at rescuing him, with dogs in tow.
(Check the expressions on the guests faces!)

This happened three times in and out of the water and around the vehicles with the big male wildebeest putting in more of an effort at saving the youngster from certain death . 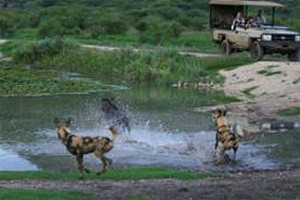 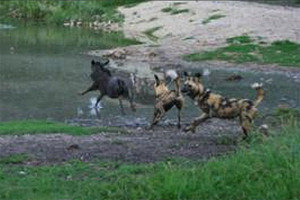 This had now been going on for about 20 mins, and the dogs started losing interest in the calf now shivering with shock and cold in the water, and as quickly as they were interested, they were disinterested and started moving off in a northerly direction away from the waterhole, looking for another victim…..

And then the wildebeest made the fatal error!! 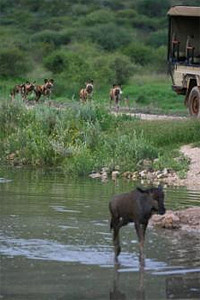 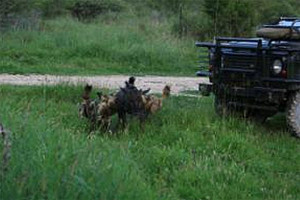 He started walking out of the water slowly dragging his now very tired legs through the water which made a noise, and in the distance the 4 very amazed dogs turned around, and upon seeing the wildebeest coming to land sprinted back to the scene, where the beginning of the end began…….

The cavalry arrived too late, only to look on as their family member was consumed by their worst fear. 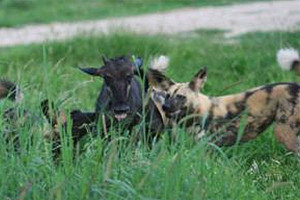 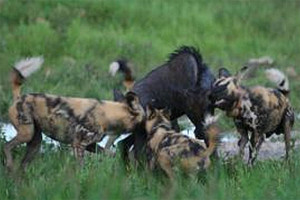 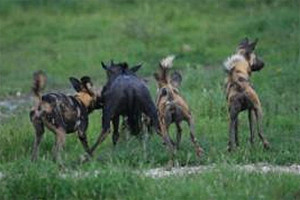 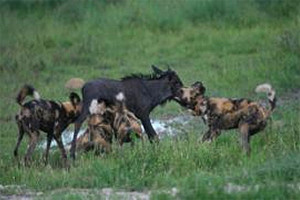 These moments are some of the most emotional moments in any persons life, as our morals of life and death are something that most people question. But out here in the African Savanna the death of one will mean the survival of another, and if you have any safari experience, you will soon get to realise that watching something as brutal as a wild dog killing, is something that does not come around every day, it is probably a “ONCE IN LIFETIME” moment. So with that I just hope that these magnificent animals will be here for many generations to witness the same thing I witnessed on that day !! 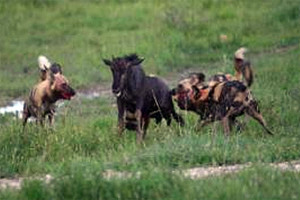 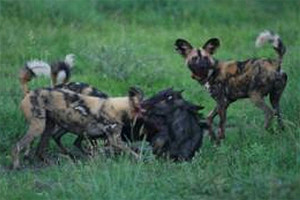 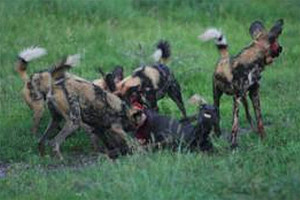 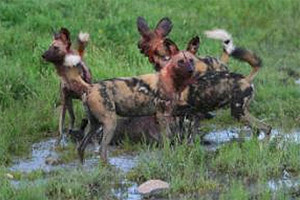 So…… hope you enjoy these images, and get on to the site ( www.photo-africa.com ) and view more of these images (the more brutal ones) if you like.

Till next time, bush regards……..
Gavin

The Easter holidays are around the corner!! Make that booking now and give Mother Nature a chance to educate you and your family in her own special way…
Kind regards till next month! 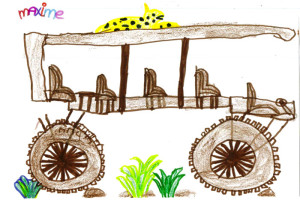 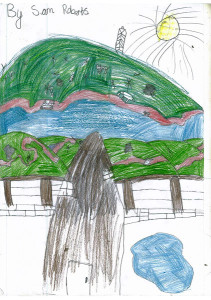 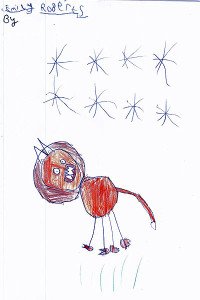 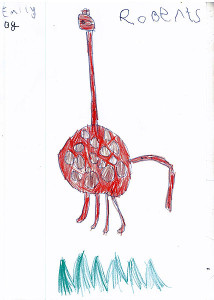 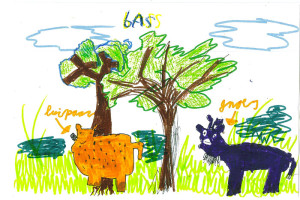