We have had an extremely dry month here at Tuningi as we continue to wait for that precious gift – rain.  Wind and dust were the only things in abundance as the wildlife struggled through the brown landscape.

However, a lack of rain does mean that the water holes were very busy with a lot of action from different animals. 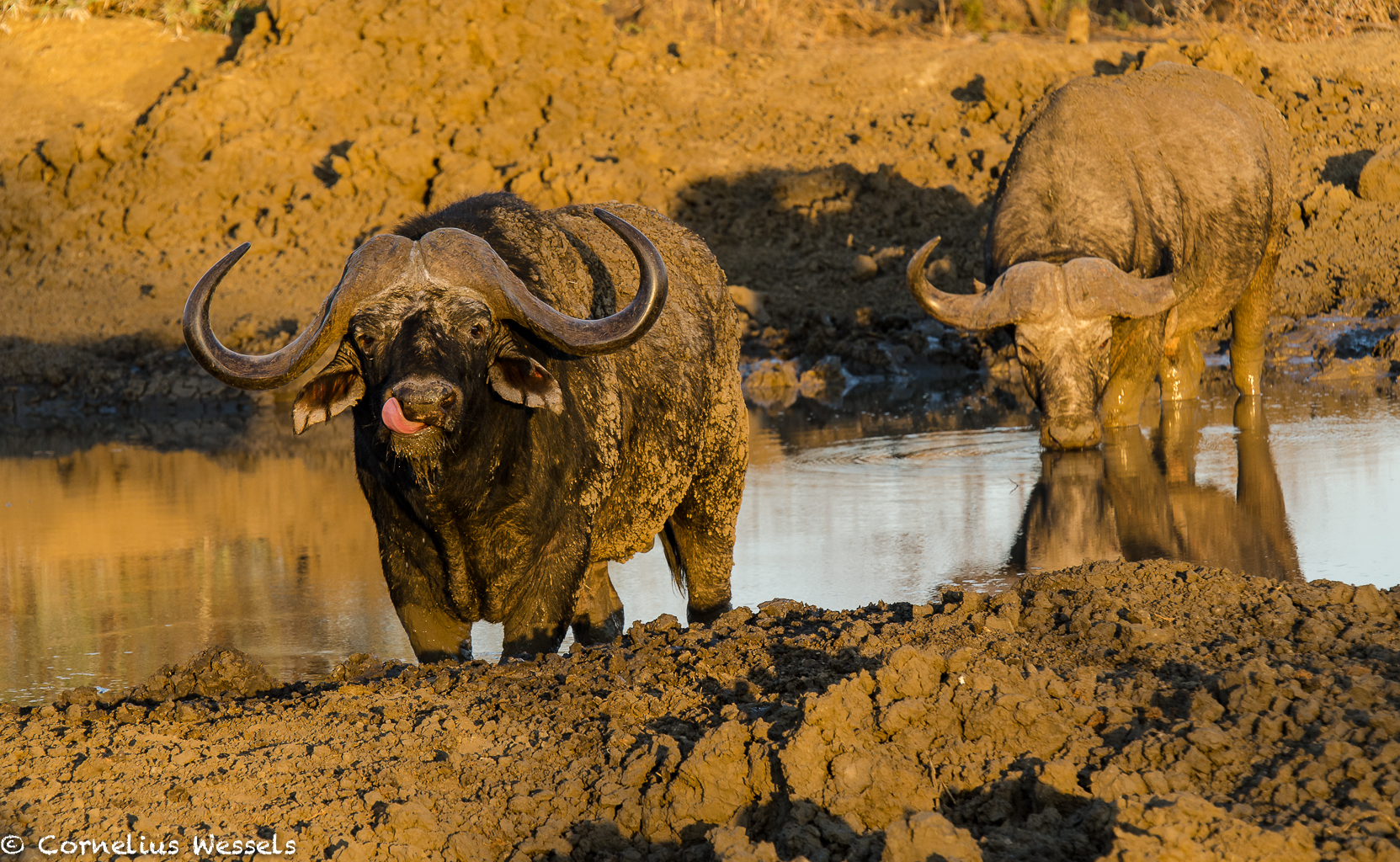 The young Matlapa female is still not showing her cubs and is building a reputation of being a secretive and protective mother.  The rest of the pride is proving to be quite challenging to find most of the time, spending most of their time on rocks and in areas we cannot reach on the vehicles. 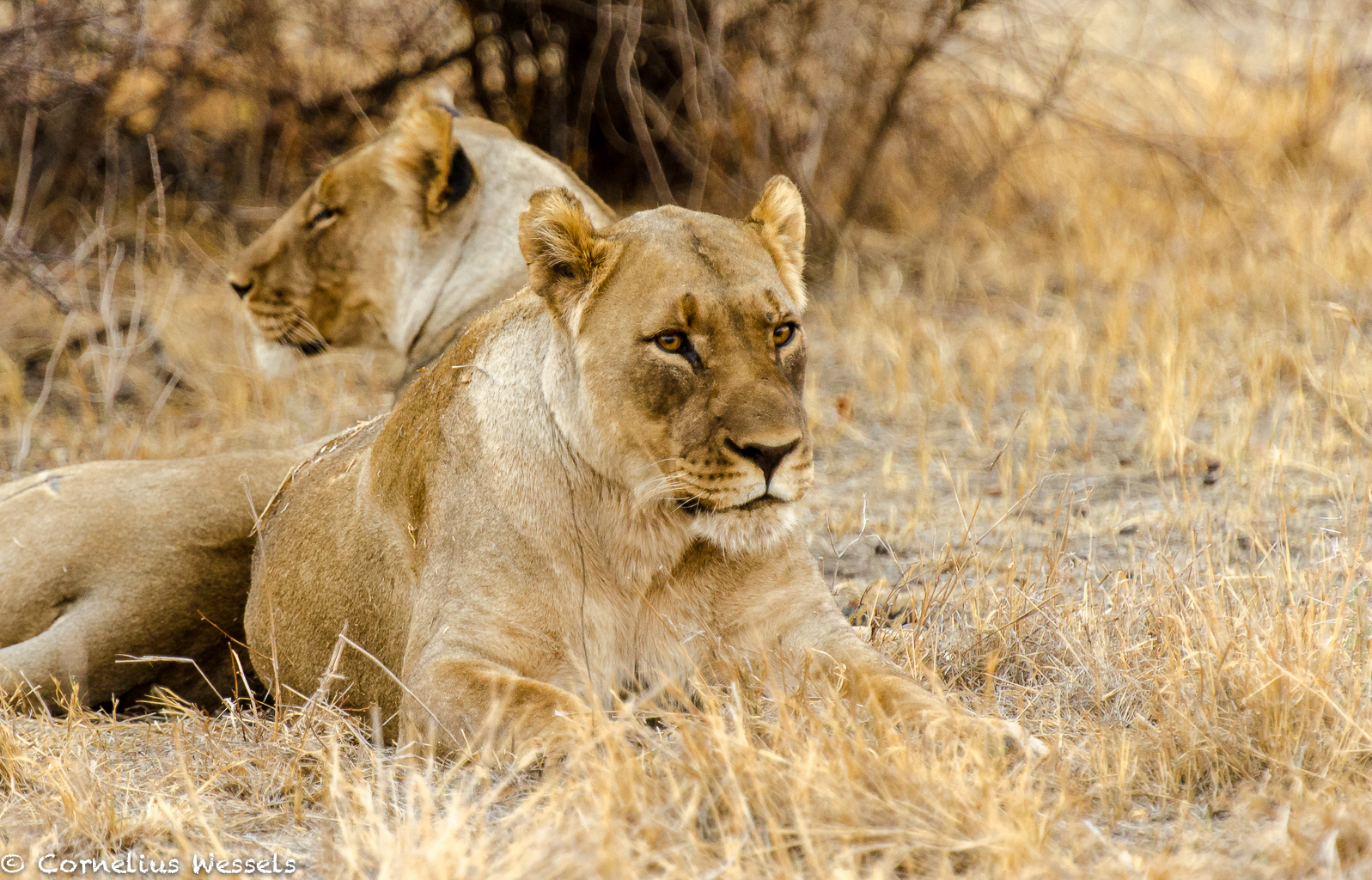 But we keep on trying and are occasionally rewarded with a good sighting!

Following a long absence, we saw the pride from the North.  We ventured out to find them in the hopes of seeing the two cubs – and we were rewarded!  It was so amazing to see and hear those little ones, a sign and promise of new life in the midst of the wait for rain. 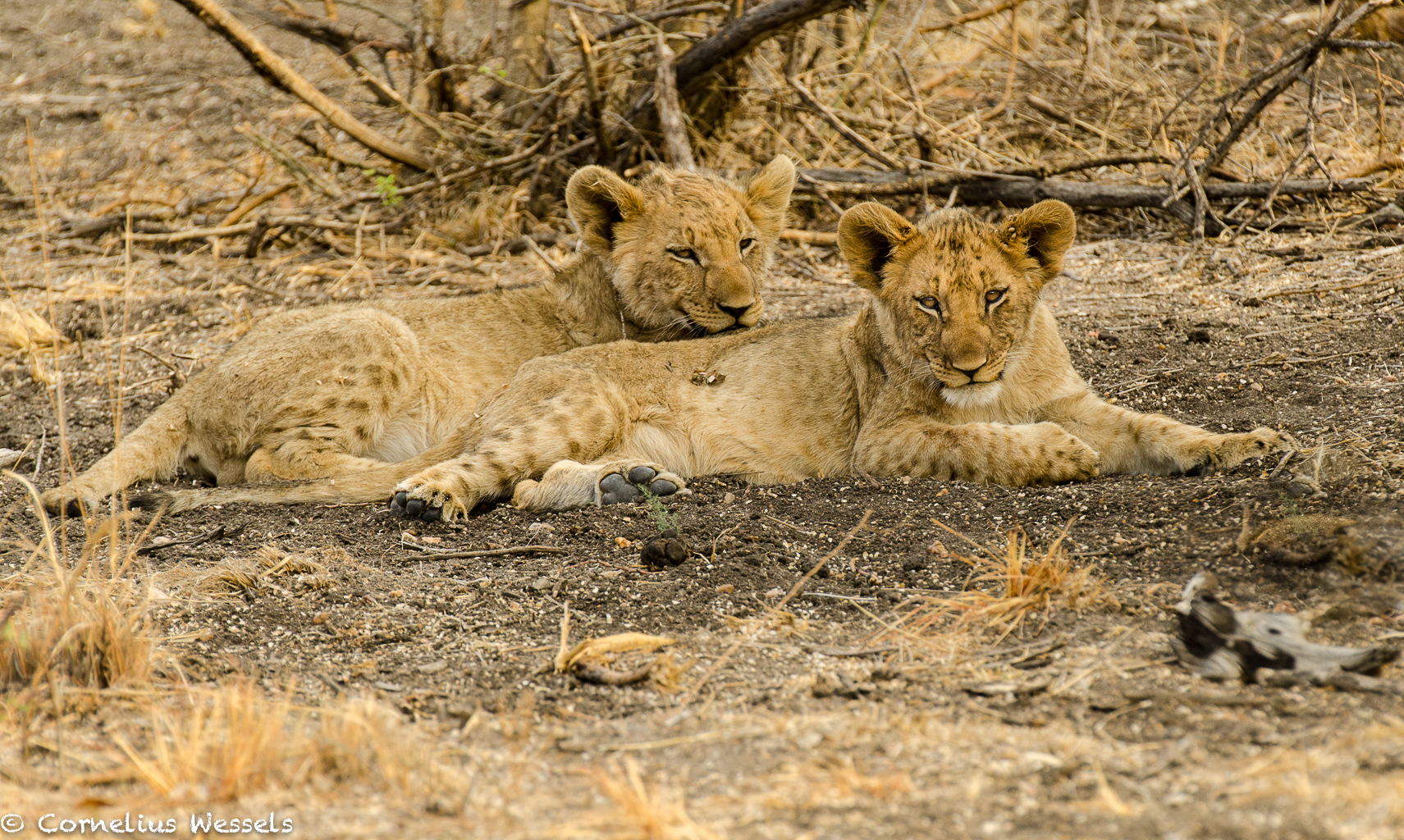 The two Kwandwe males have been very active, having killed two Buffalo in two weeks.  The first kill was at Inkwe pan and, to our surprise, they finished it in only two days. Those boys must have been hungry! 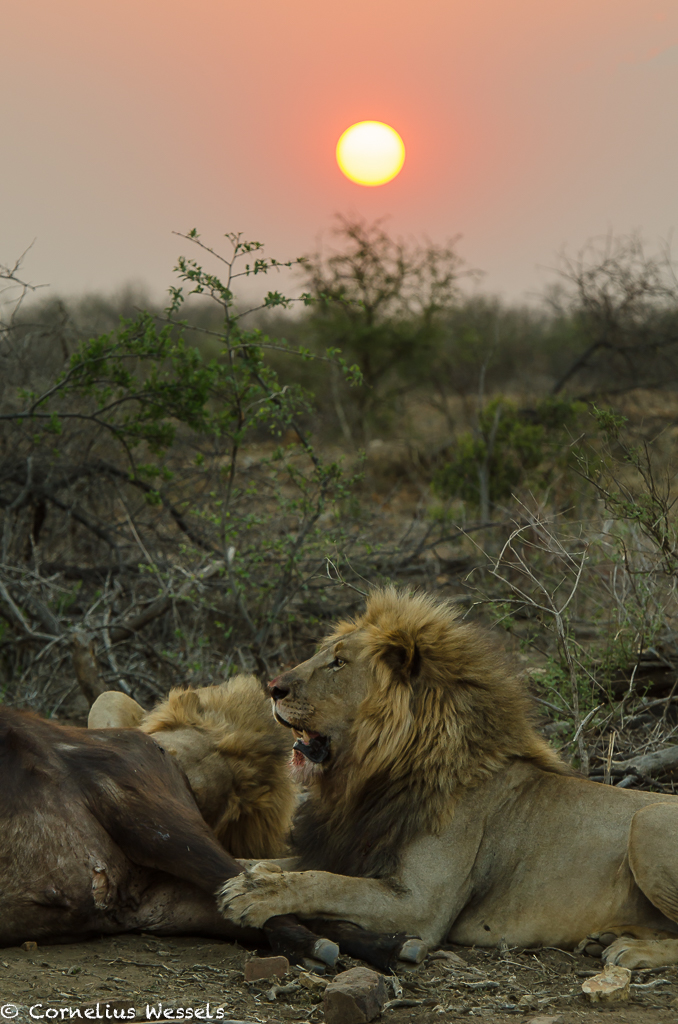 The second kill was close to our lodge and we located that after a rather quiet morning drive.  We love the challenging of tracking something with a successful find! To find the kill was a massive bonus at the end of the search.

Leopards were few and far between but when we did catch sight of them, they were around for a while providing us with wonderful sightings. 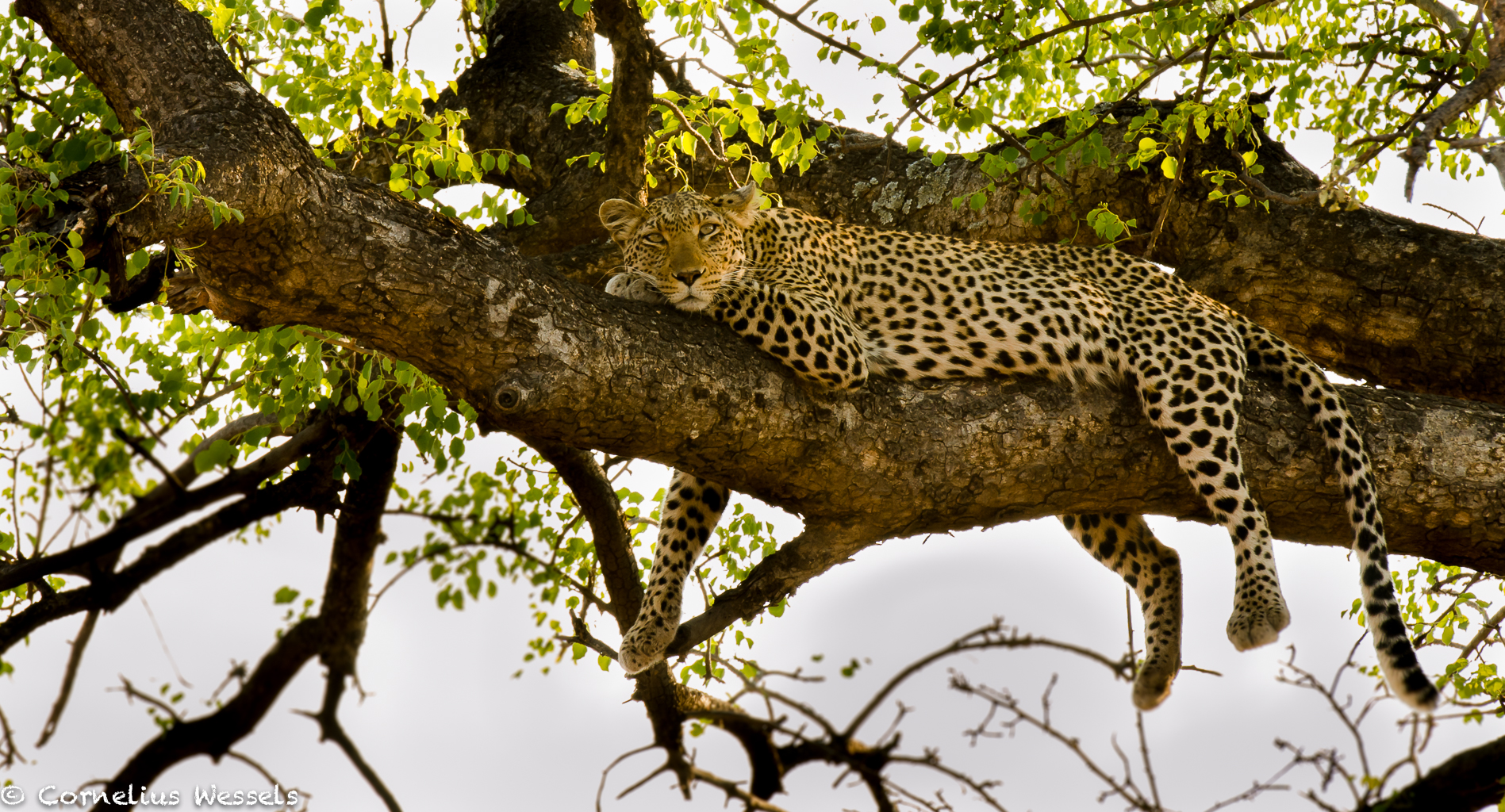 First was Tsala on a Duiker kill in the South of the park. What a beauty and always a pleasure to see!

Just as we thought we would have a dry spell with Leopards, I found Samson. 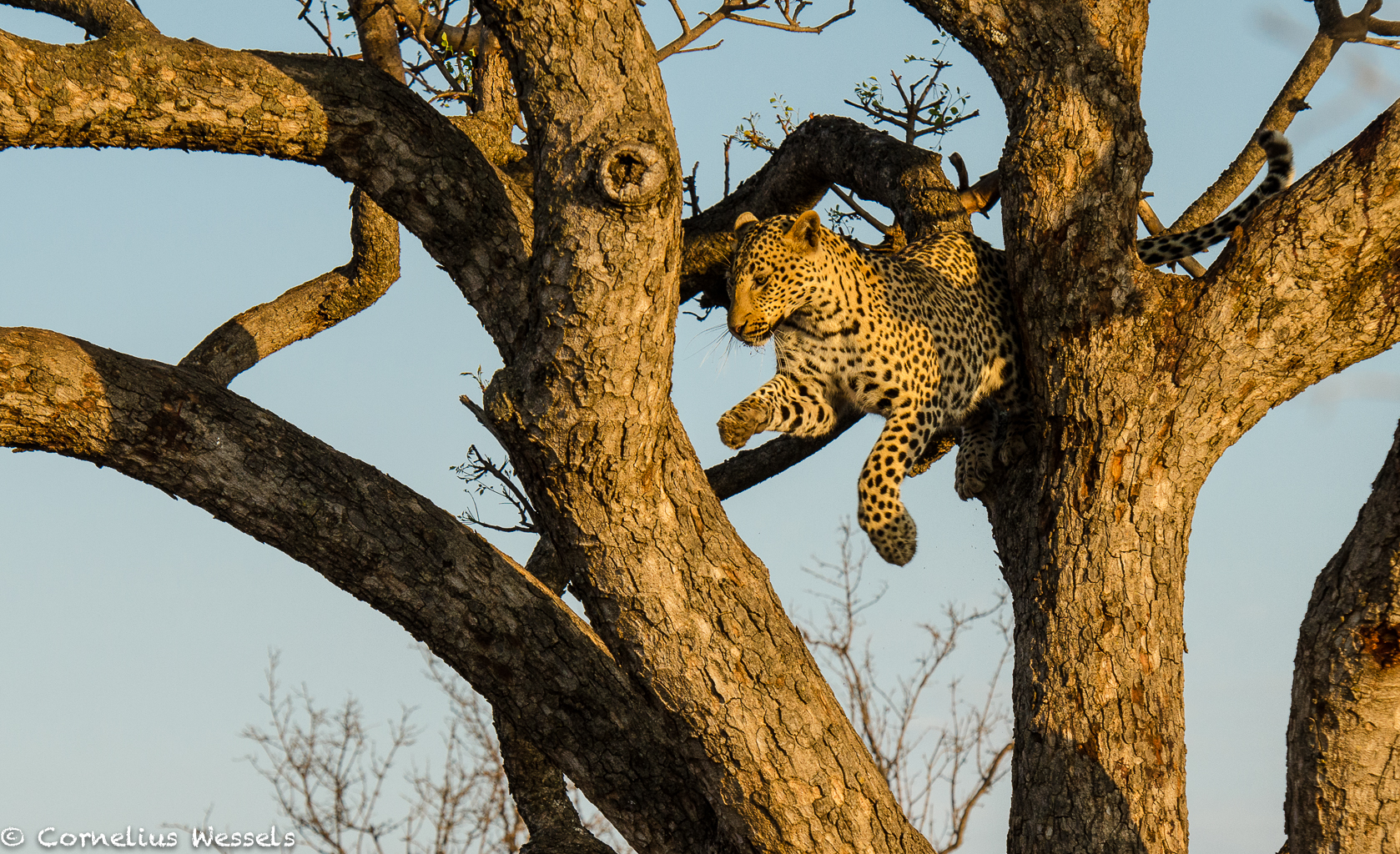 He is the young legend in our area who is always amazing us with his strength and skill.

We came across a drag mark across the road that looked suspicious.  So I stopped and had a good look around and spotted the Impala in a tree.  Upon closer inspection, there he was, as if he was waiting to show off his kill. 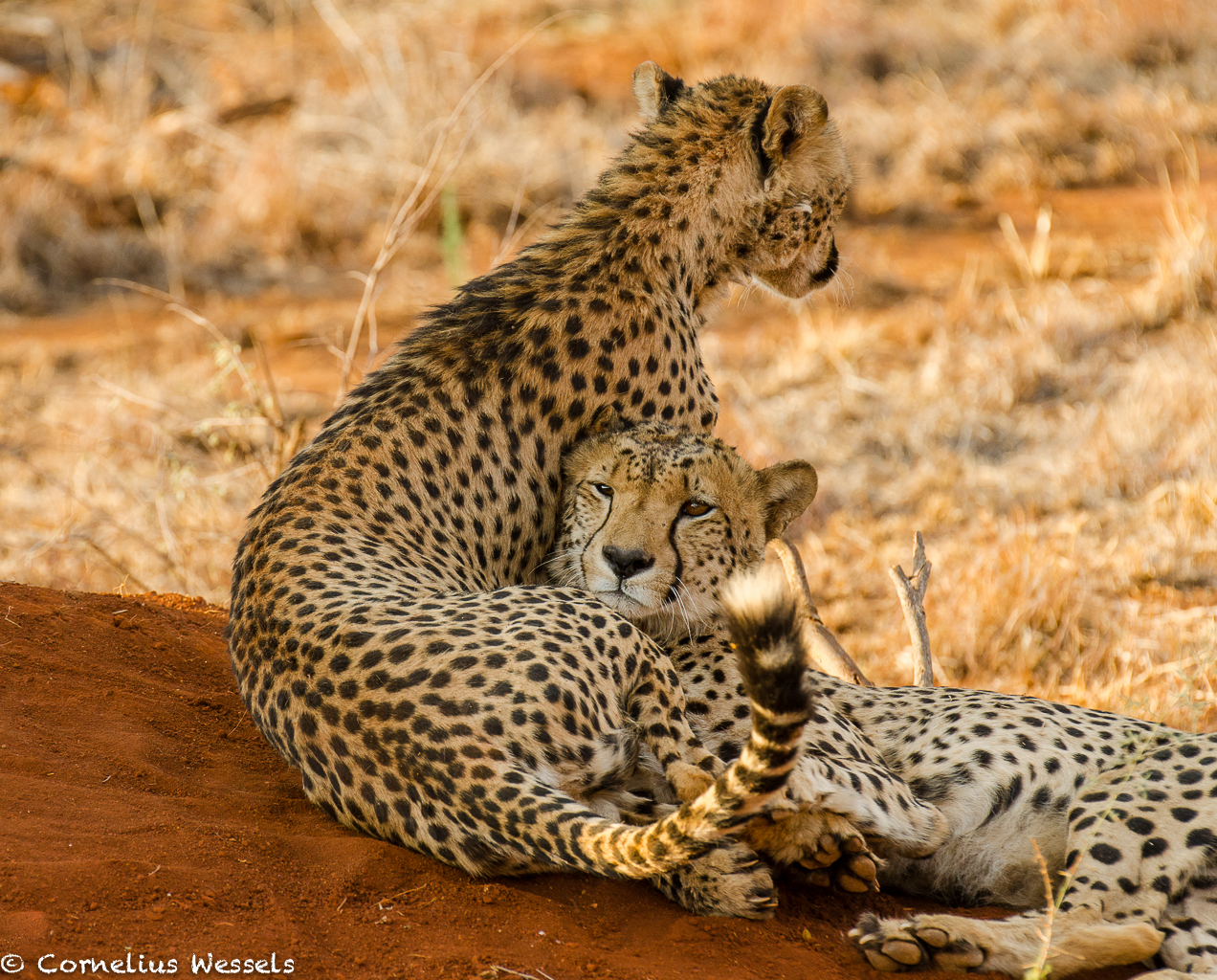 Lucky for us the Cheetahs were in the Southern part of the park most of the time and we got to show them to most of our guests. These sleek brothers are always a treat!

Following our sighting of the Wild dogs with their pups early in the month, they disappeared!! 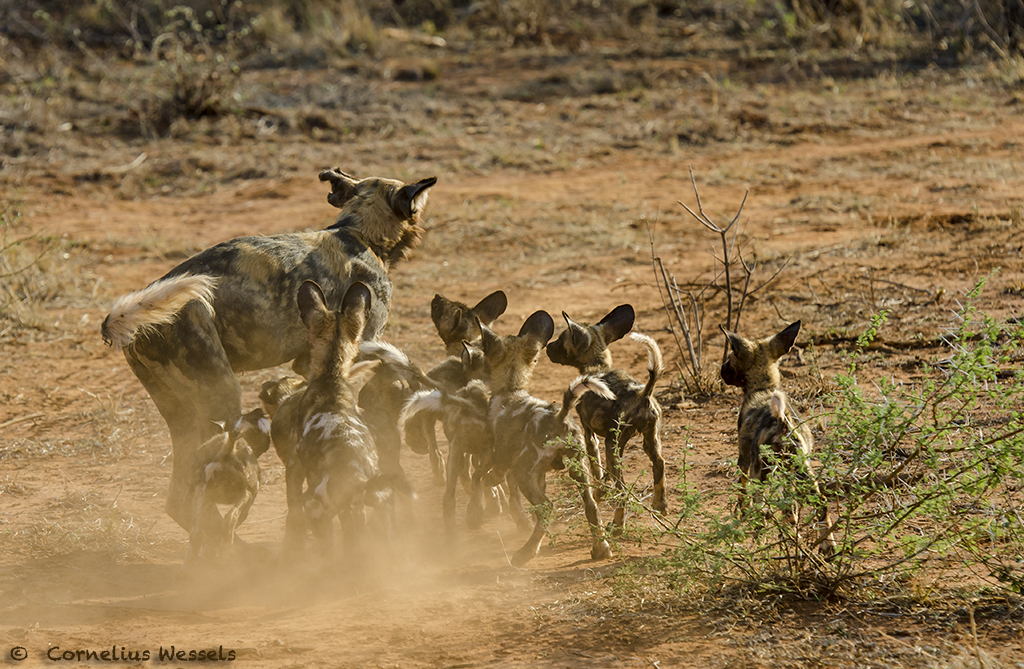 They were in the vicinity of the lodges on the ridge but we never found them.  The puppies are moving with them and never remained stationery long enough to be seen. 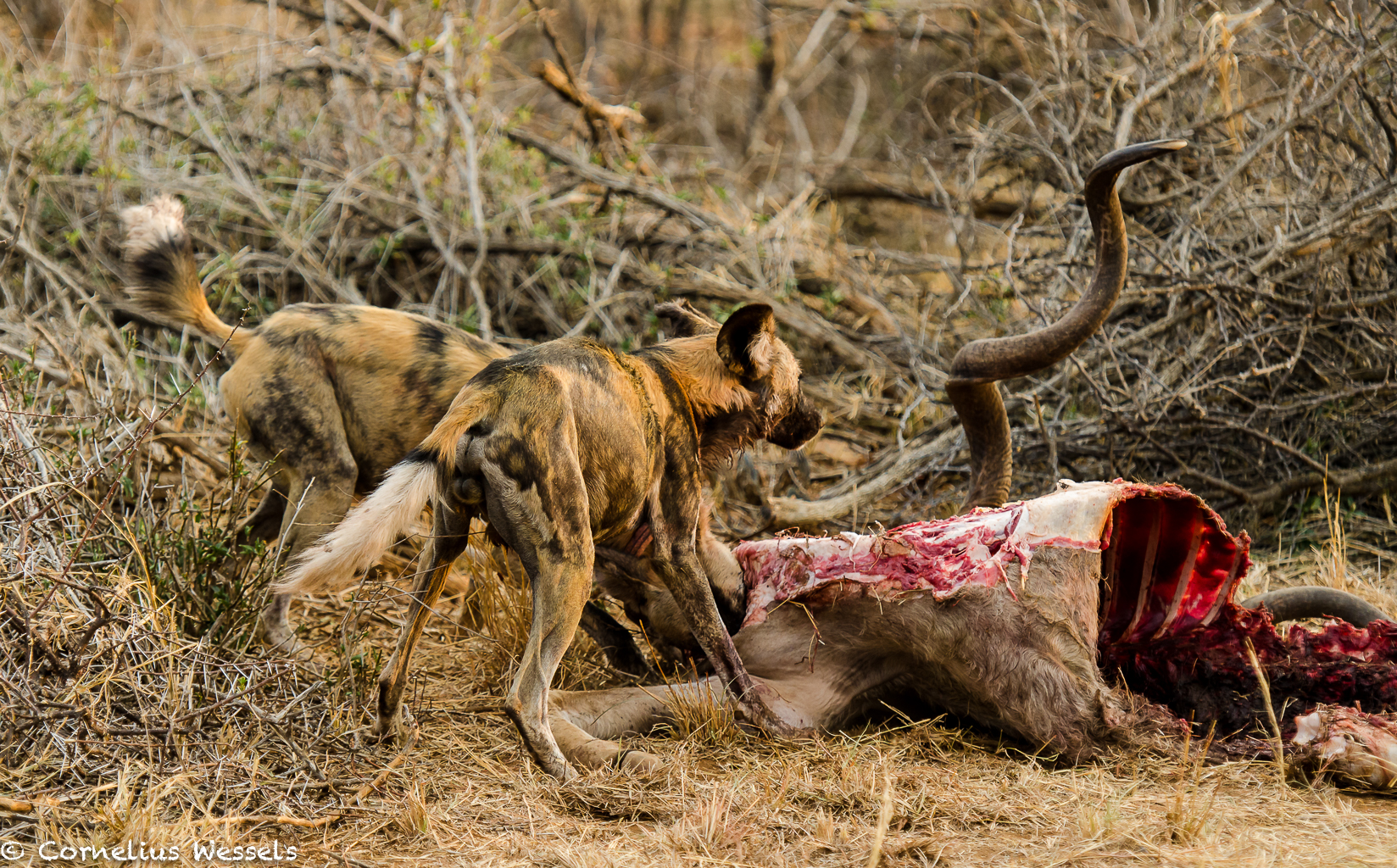 Later, we saw them twice in one week on big male Kudu kills.  But the puppies were unfortunately not spotted.

We know all 9 puppies are still alive but we have yet to see them with the pack again. 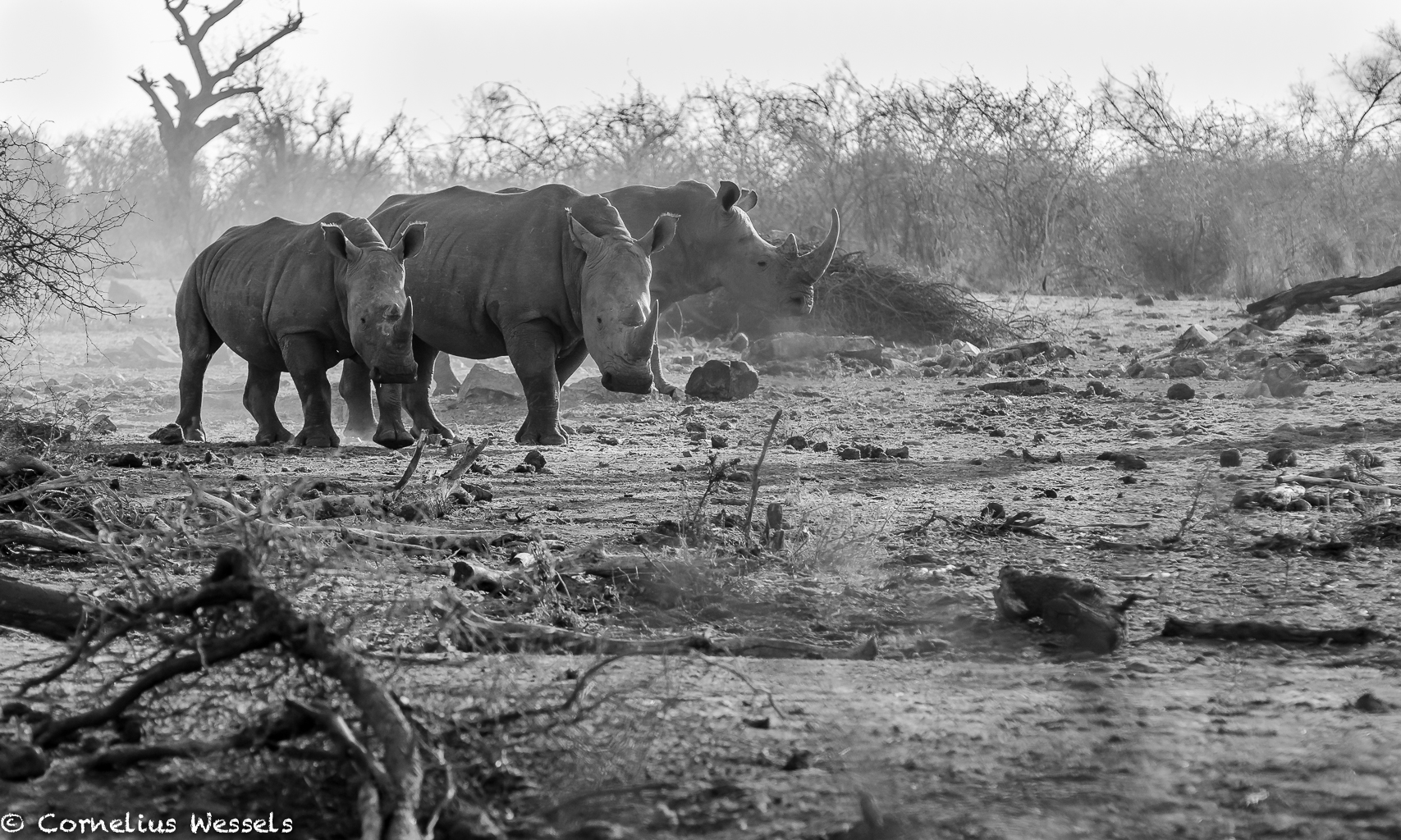 And so the Tuningi team waits! For pups, for cubs and for rain!