Winter is approaching and the cold is slowly making it’s way into our bones but with a bit of perseverance and luck we had very nice sightings. 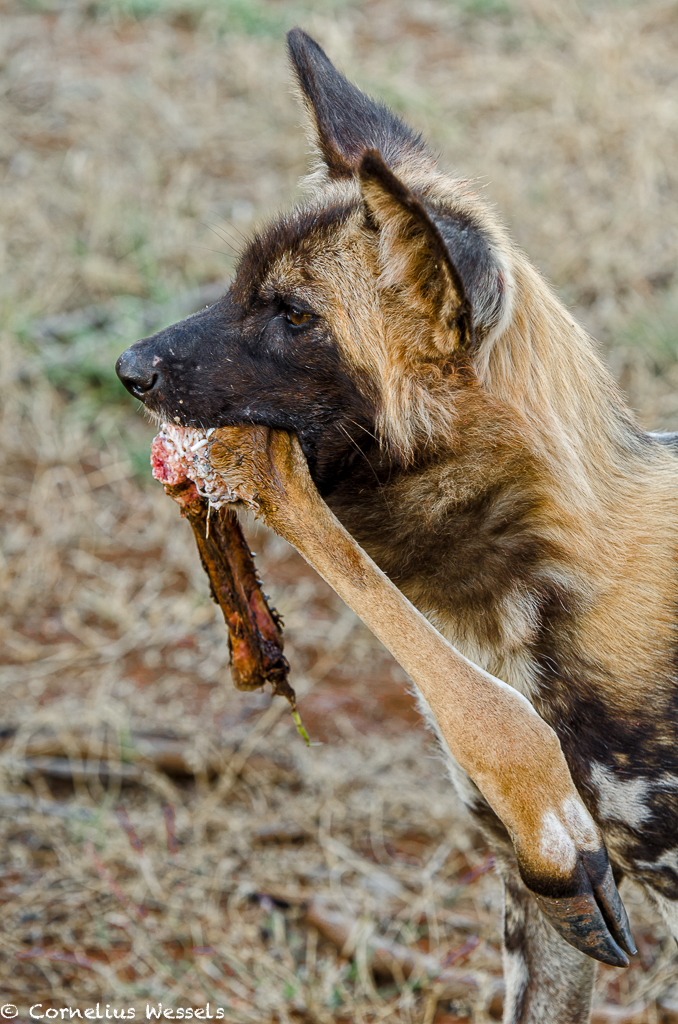 With only the one pack of Wild dog roaming the reserve, the whole park is their territory. As a result, on several occasions we had to travel further than usual to see them. 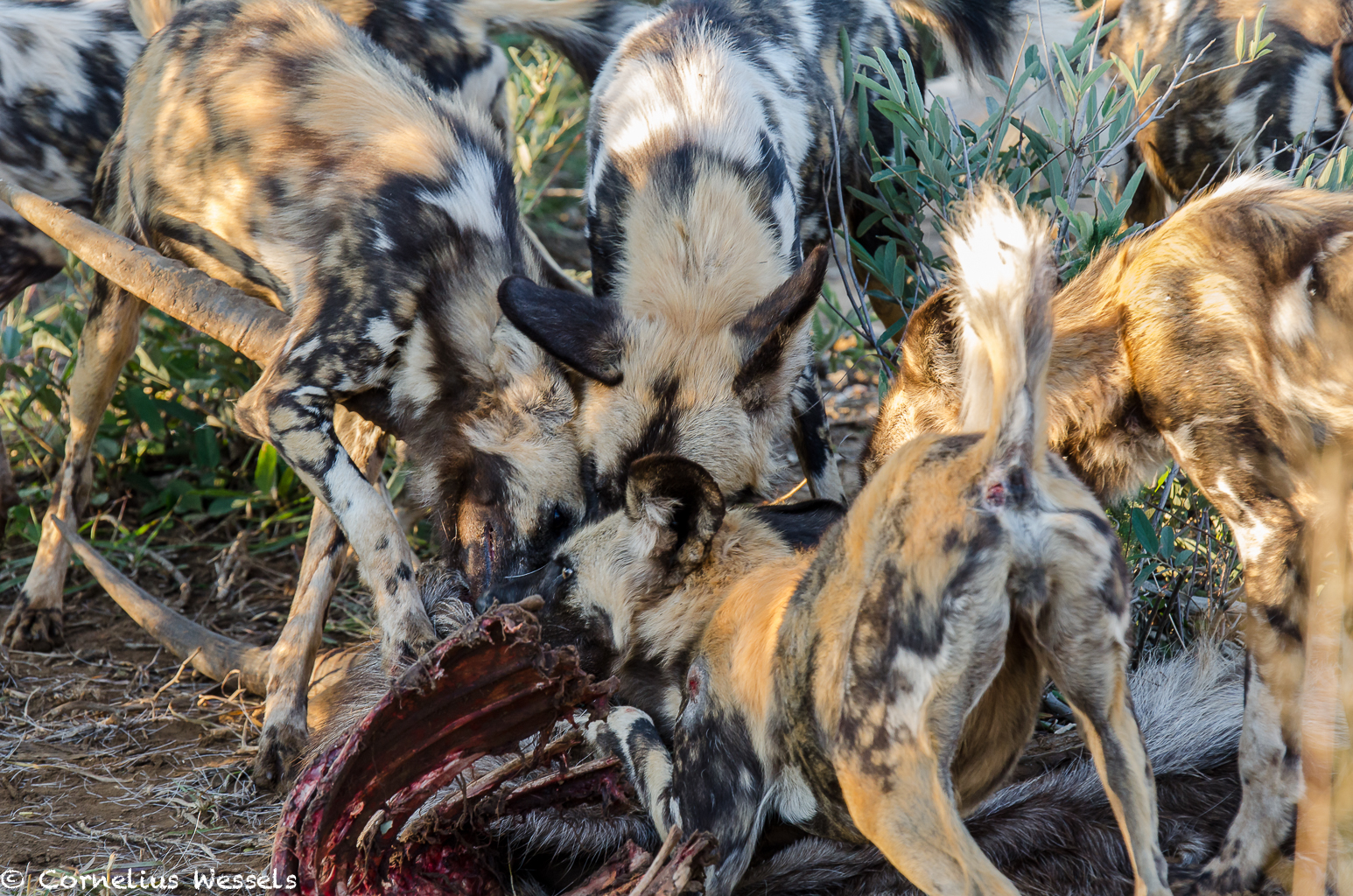 In the past few months the dogs have specialized in catching kudu and we occasionally saw them chasing like crazy as they do but never saw an actually kill. However, the times we did see them eat, we were merely minutes too late to see them take down their dinner. Its still very exciting to watch them, in whatever they are doing, with all 9 pups almost a year old. 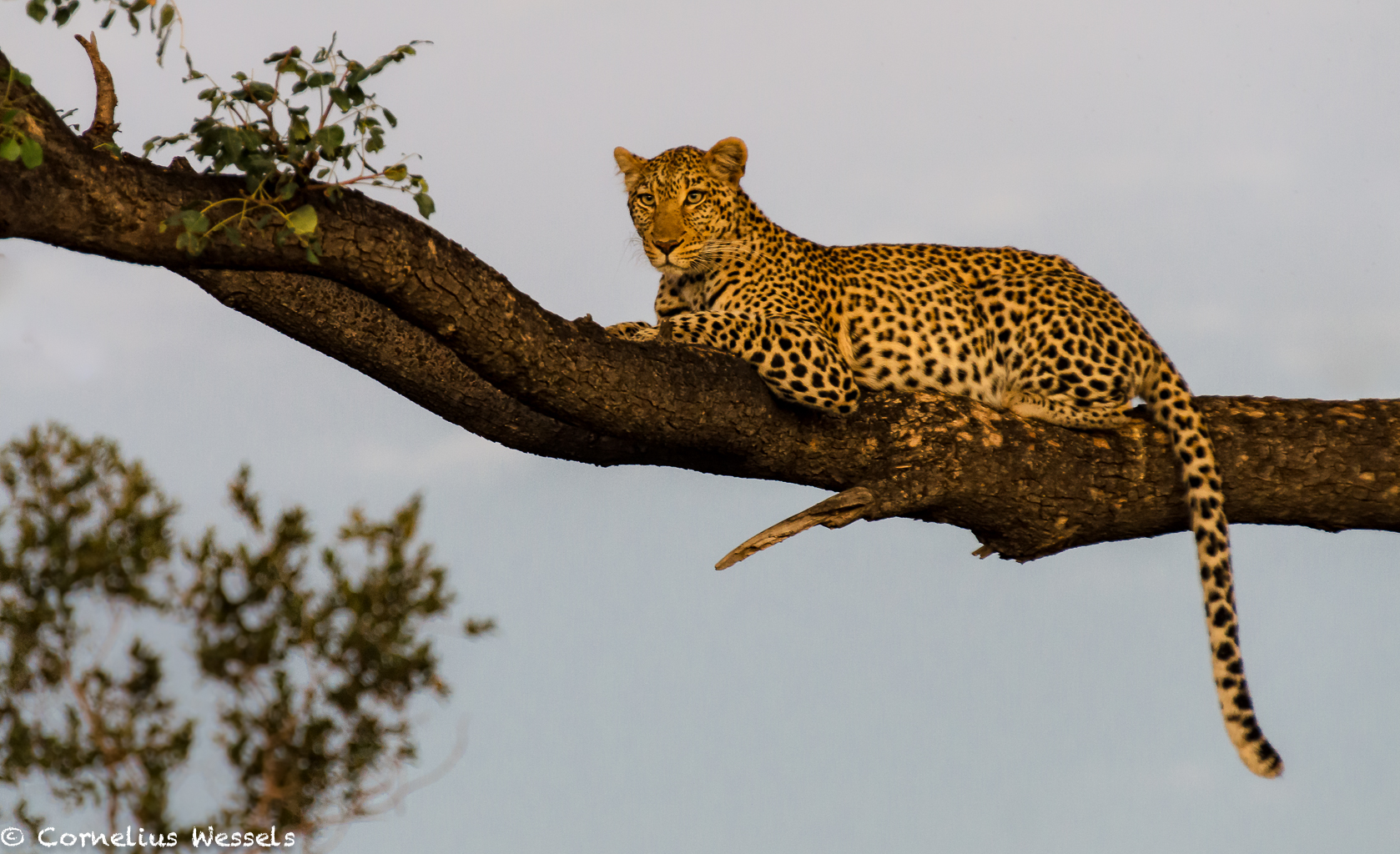 Just as the sun was rising she got up and started moving. We got to spend good time with her as she was on the hunt. The moment she noticed something in the distance she would climb a tree to spot what she was after. 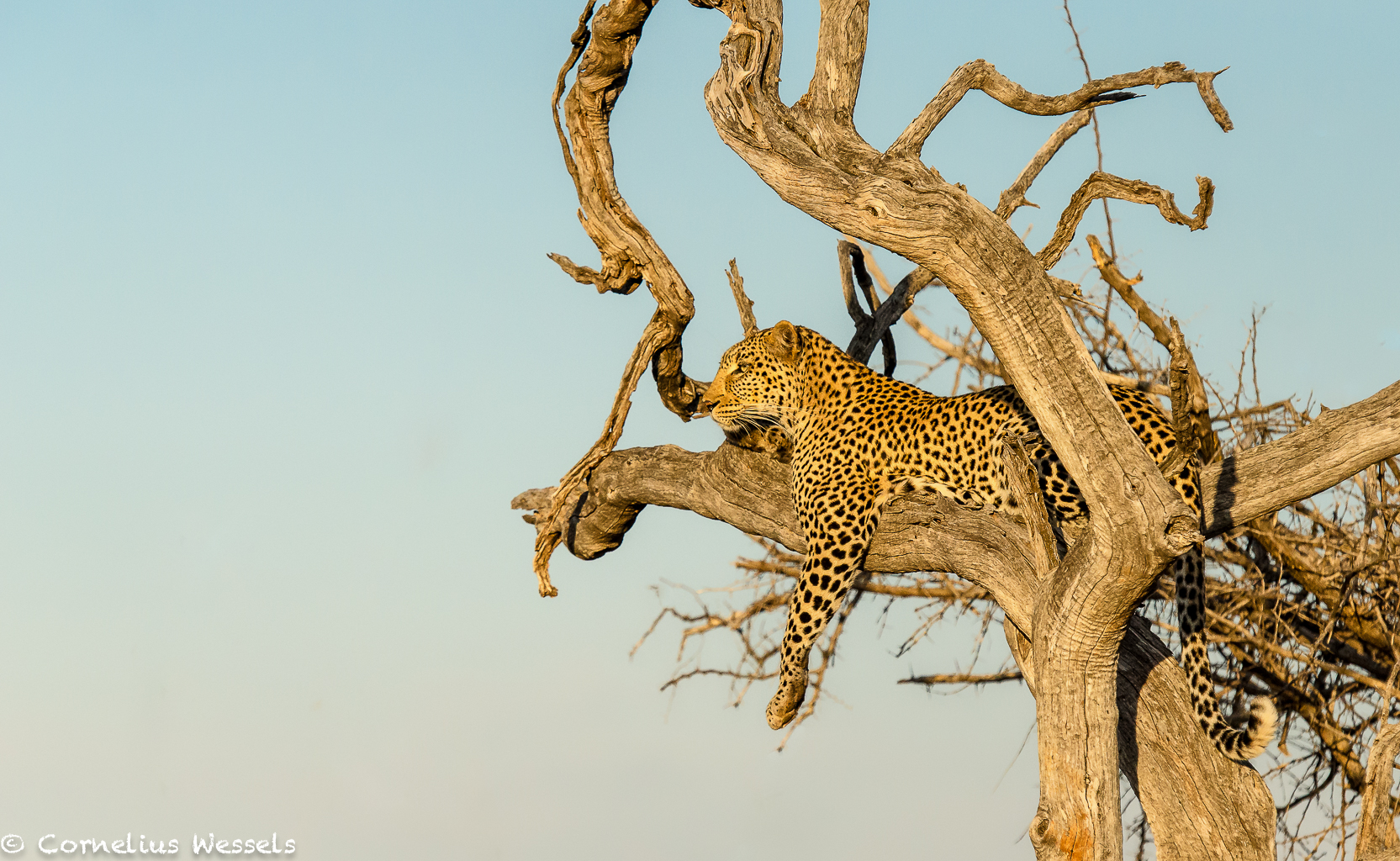 She did chase after a Steenbok but missed.

Other than that, Leopards were very scarce this month. They continue to remain an elusive treat. 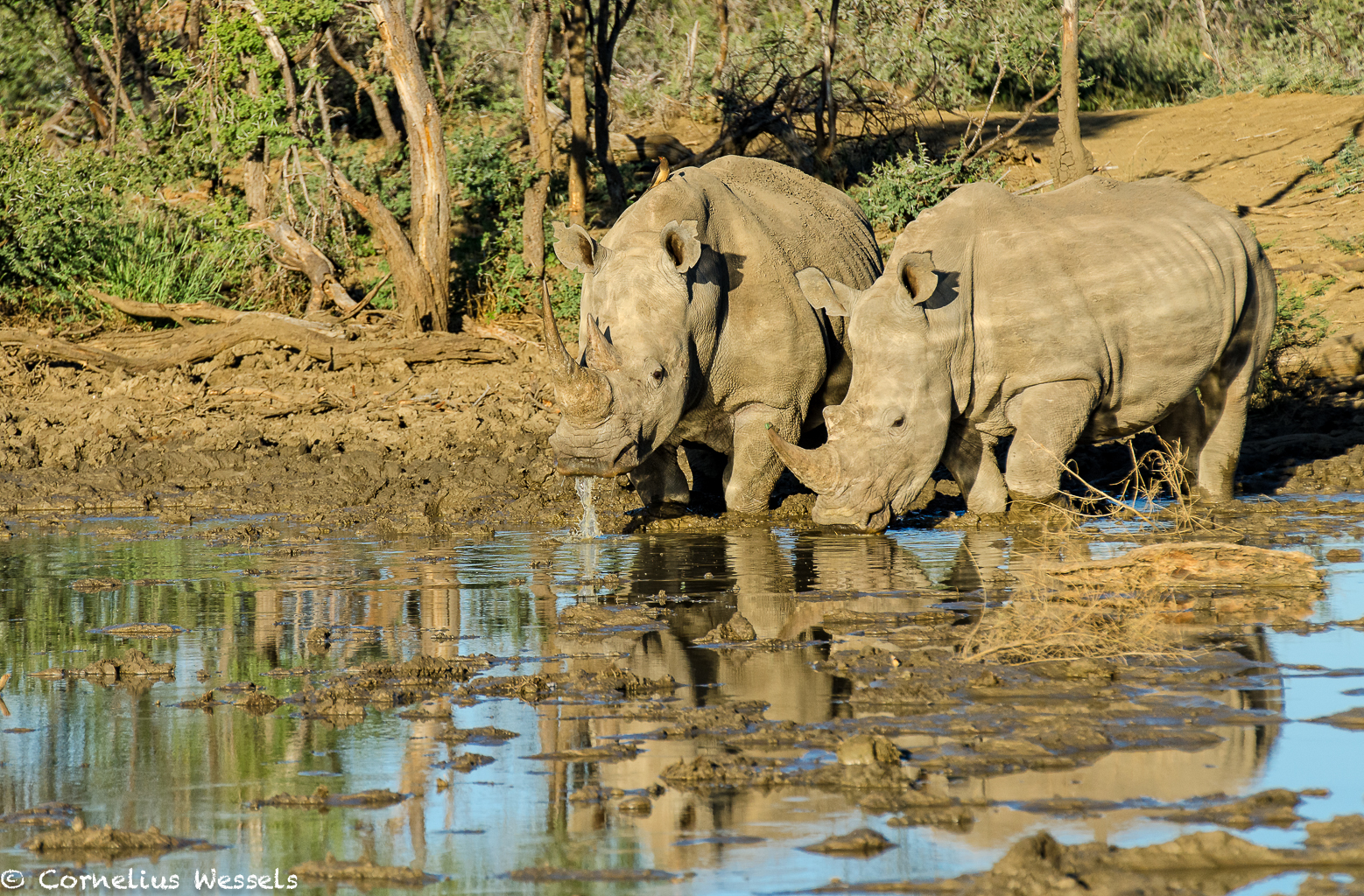 With the rain we had a couple of months ago, the south of the park is full of life. Most of the waterholes still have water and there’s green grass all over.

The incredible elephants were definitely not scarce and could be found all over the reserve. With heaps of youngsters in the herds, guests were provided with hours of entertainment. 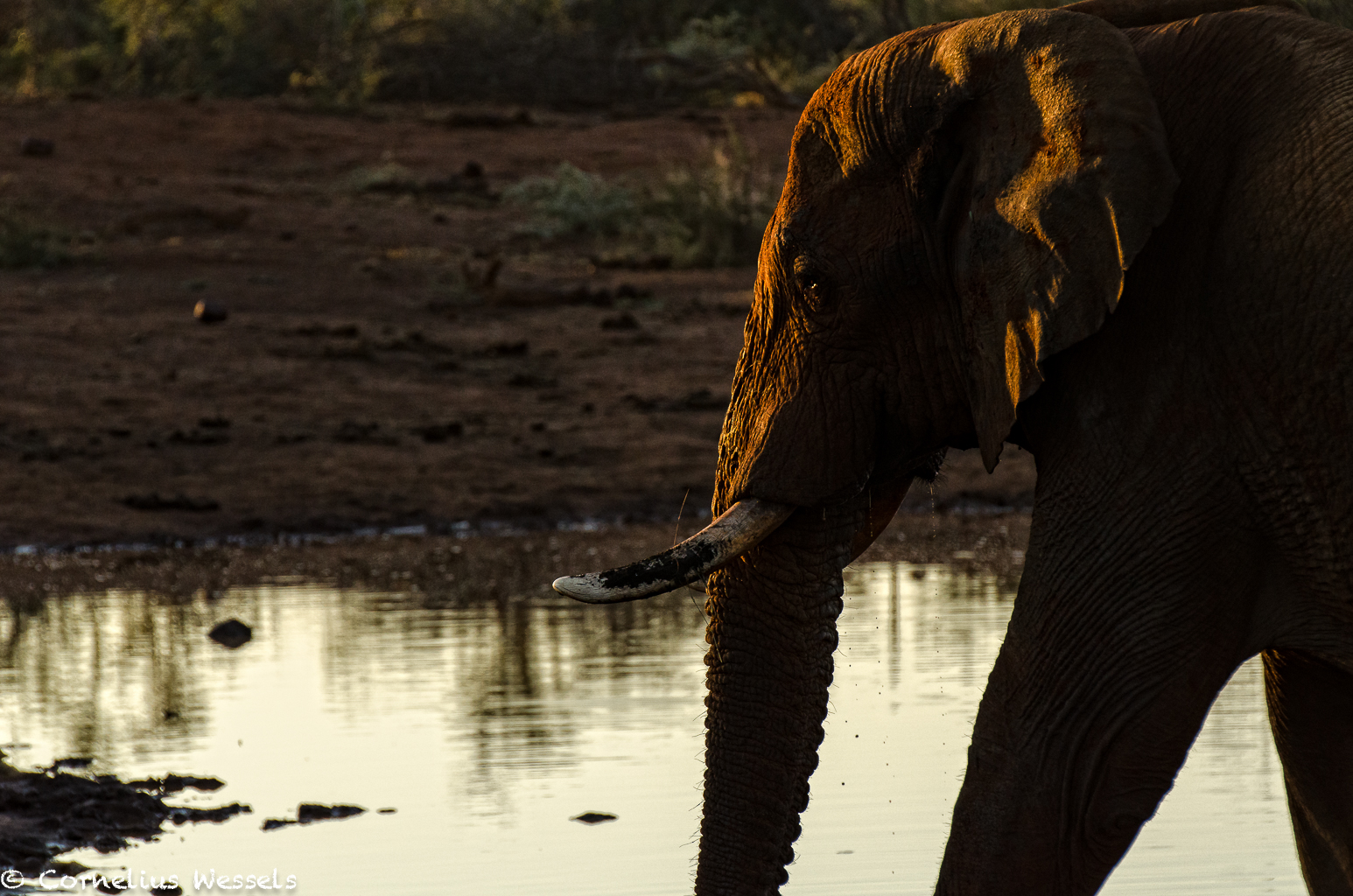 We have had good lion sightings but they did not make it easy for us! On one of our hunts for the lions, we spent almost 2 hours tracking them, both on foot and in the vehicle. It is always a spectacular experience for guests to be part of the whole tracking and finding experience.

The females with the cubs were hiding very well and we only saw on rare occasions, but they are all still alive and well. 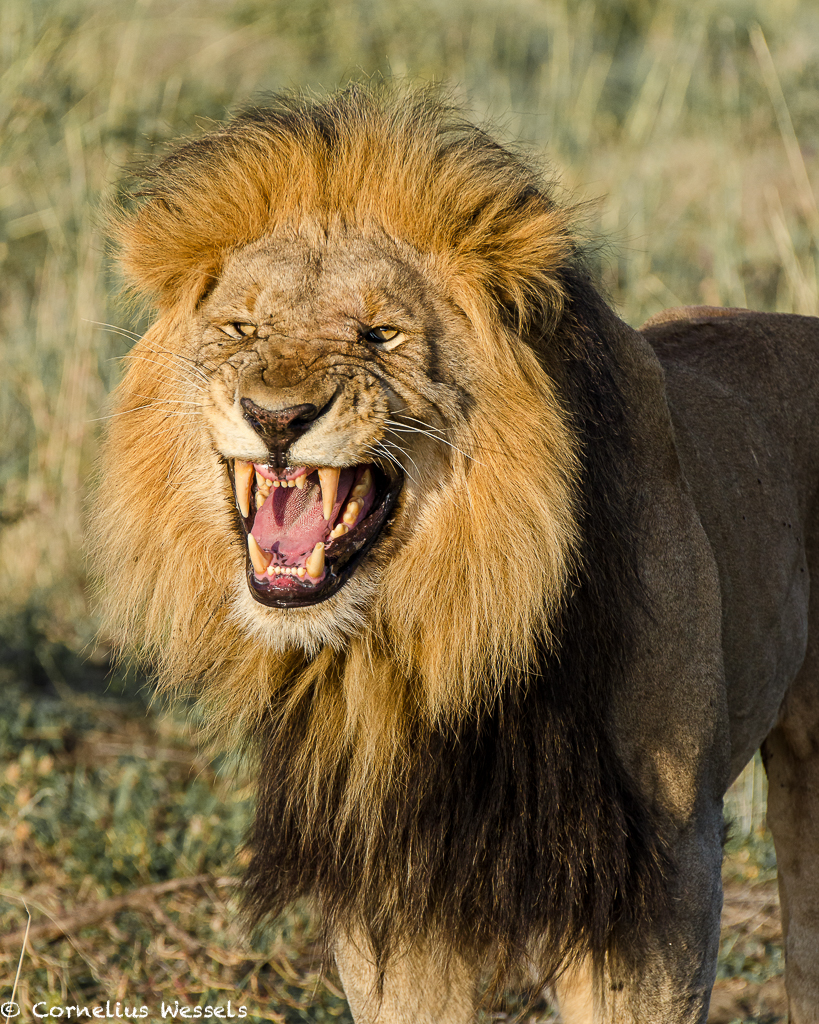 The Chimbro males from the south still amaze us at their movements. They travel massive distances at night to get to the females or to mark their territory. They gave us quite the job in trying to relocate them after a night of walking. 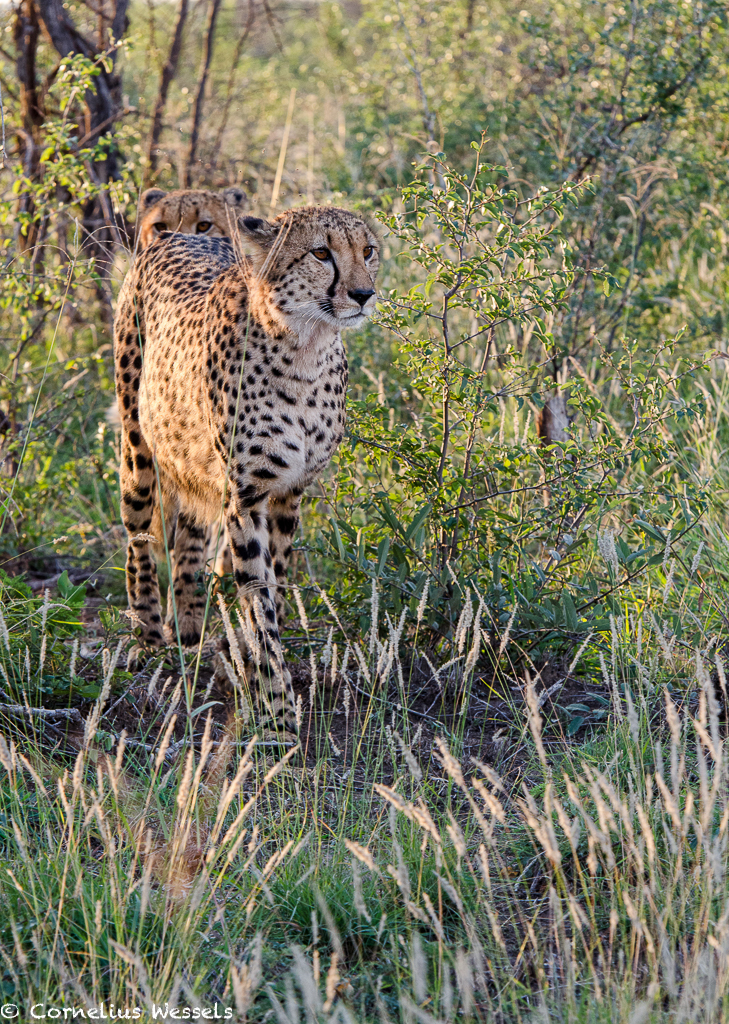 All the Cheetahs are moving and exploring their still relatively new home. The two pairs of males move all over the park and we try to see them whenever they are close enough. After the female was released she moved east and was seen on her first Scrub Hare kill.

As this month came to an end we finally got to see another leopard, and wow, what a sighting it was! 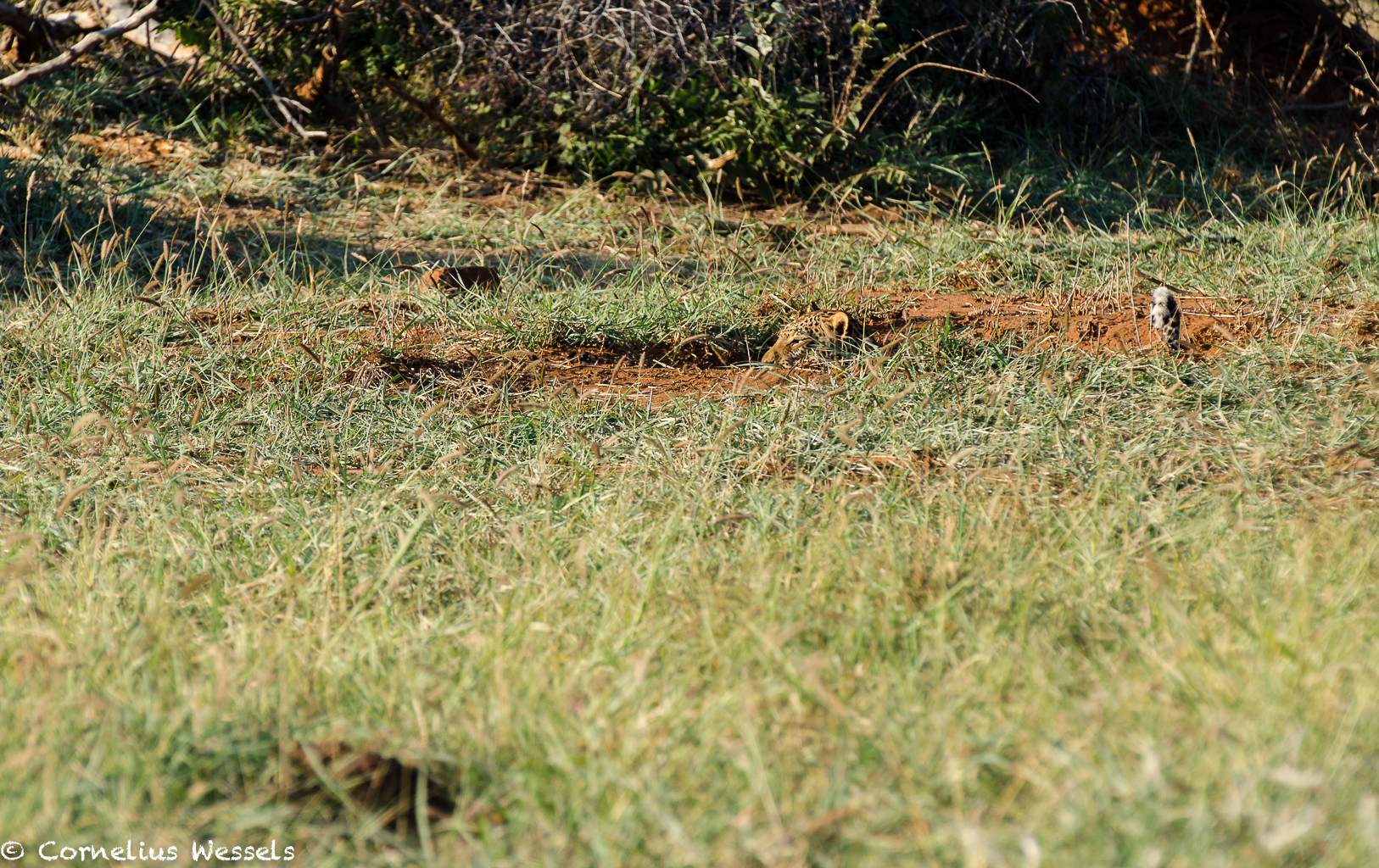 A guest spotted the leopard in the ground, yes; Munye was in a hole. He is a very relaxed male leopard that stays far south in the park. He popped in and out of the hole a few times, digging like crazy. We thought he was digging out a Warthog, however I was so happy to be wrong.

It was a Porcupine!! 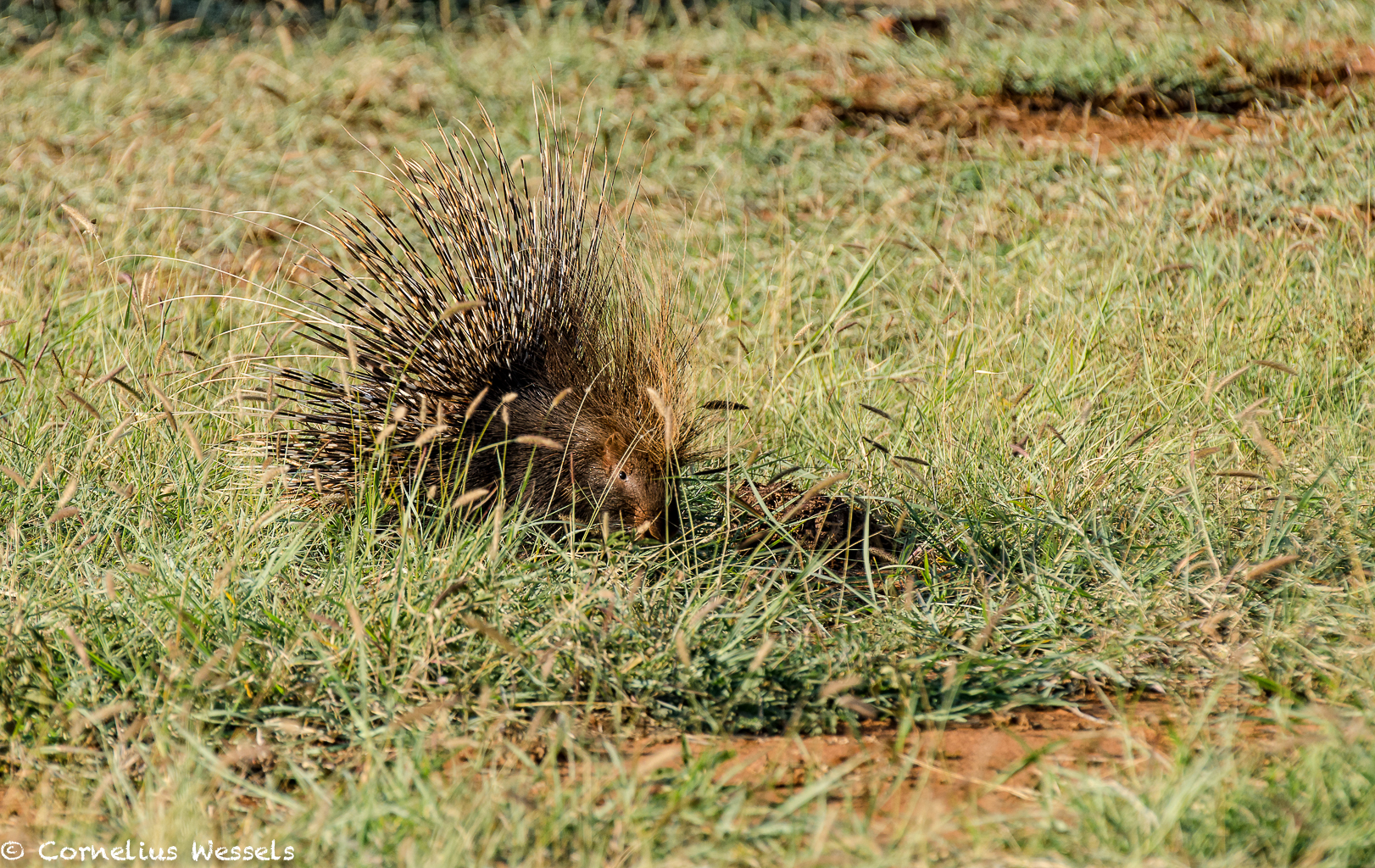 This was my first Porcupine sighting in Madikwe! 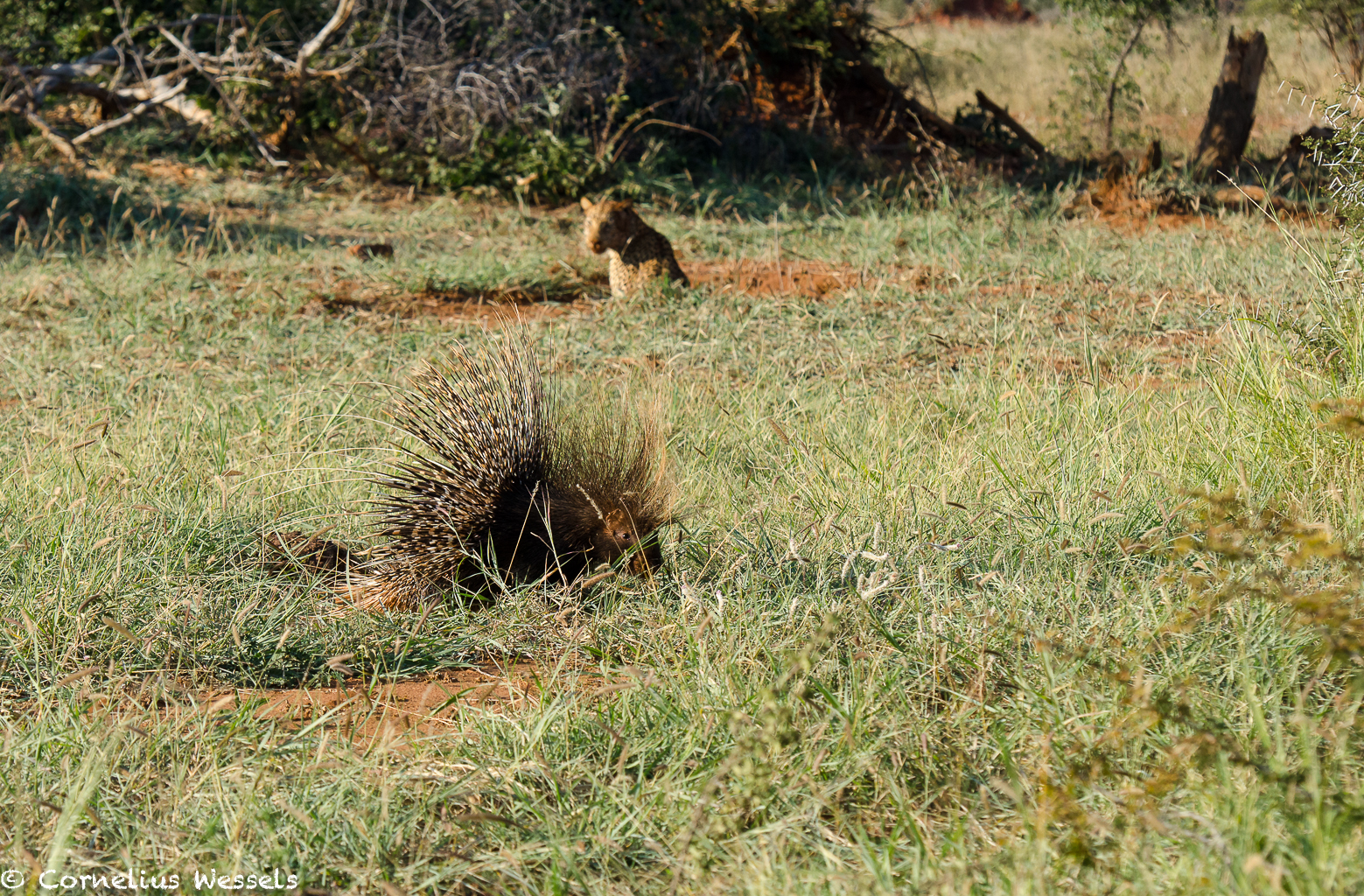 It took the dazed leopard a few seconds to come out the hole, injured and surprised with a quill stuck in his mouth. After he got that out, he was focused on the prize. 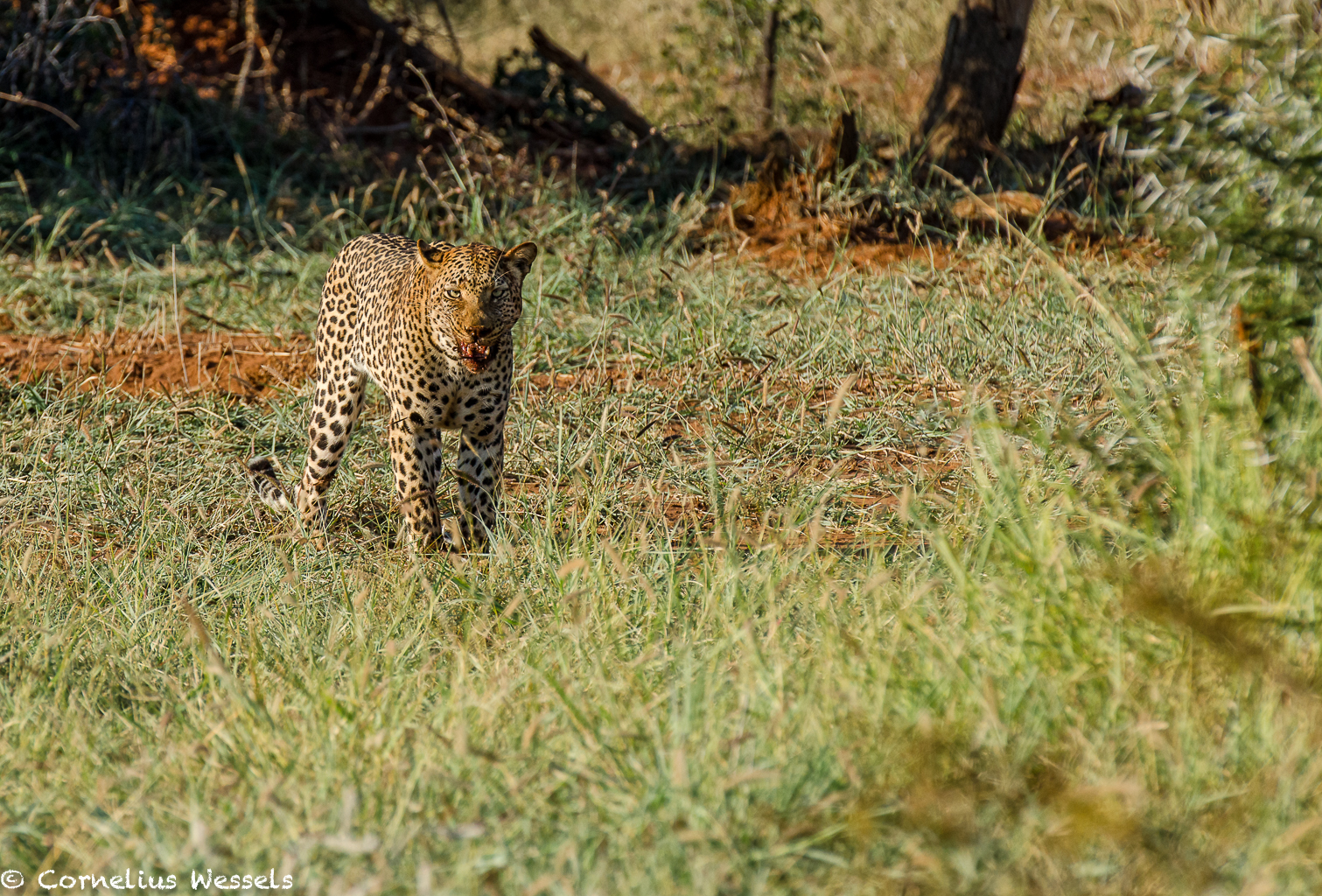 He made short work of it and killed the porcupine. Another first for me, my first leopard kill!!! 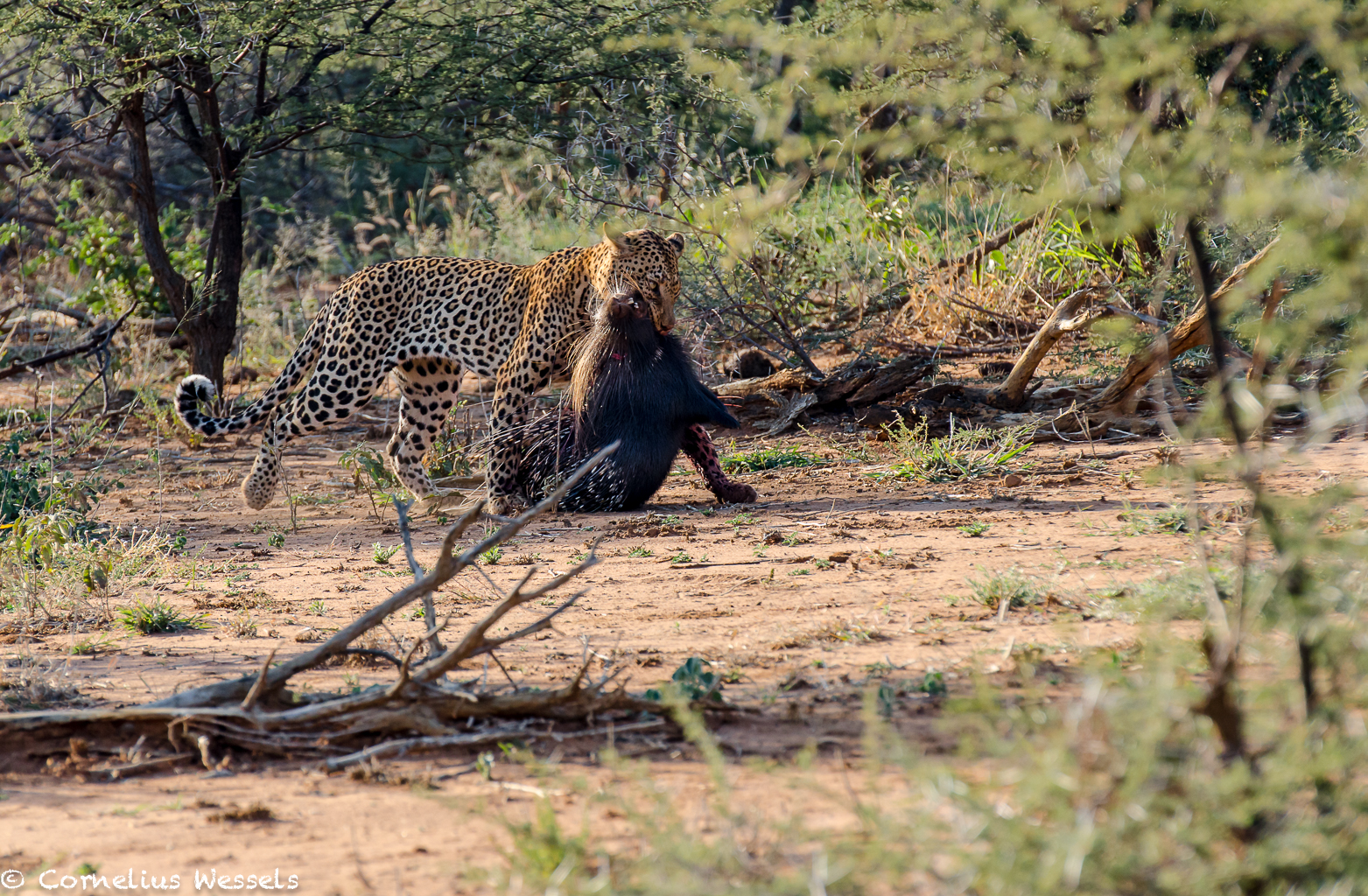 The leopard then dragged its well-deserved meal to a thick bush and enjoyed every last bit of it. 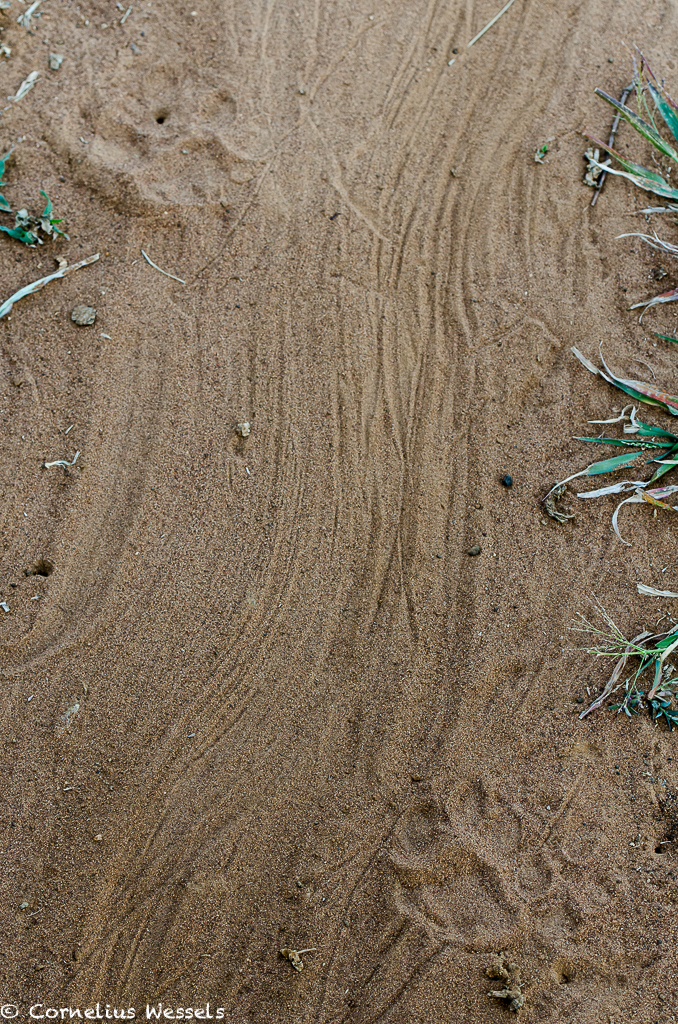 These kind of sightings are the ones that motivate us to go out and try again and again.

Come visit and experience this and more with us.