As the early winter mornings are getting colder, the trees and grass is getting thinner and viewing is getting easier.

With another month gone there is a lot of news to share. 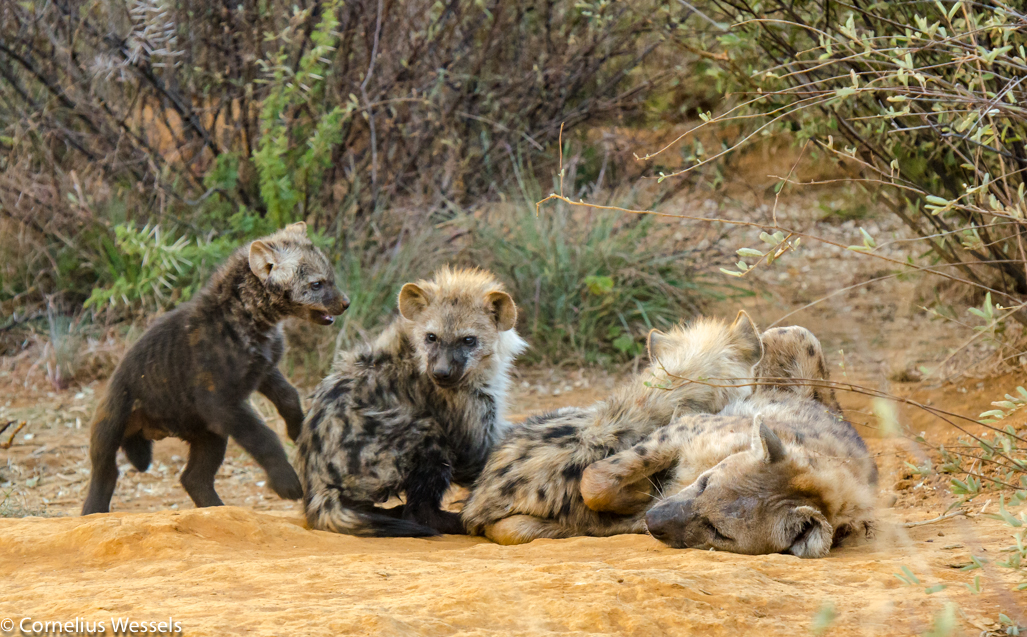 The first big news is that a Hyena den was found. Jip, finally we get to see young and baby hyenas that are getting very relaxed with the vehicles.

They are not always out, but if we visit frequently enough we get to see them. 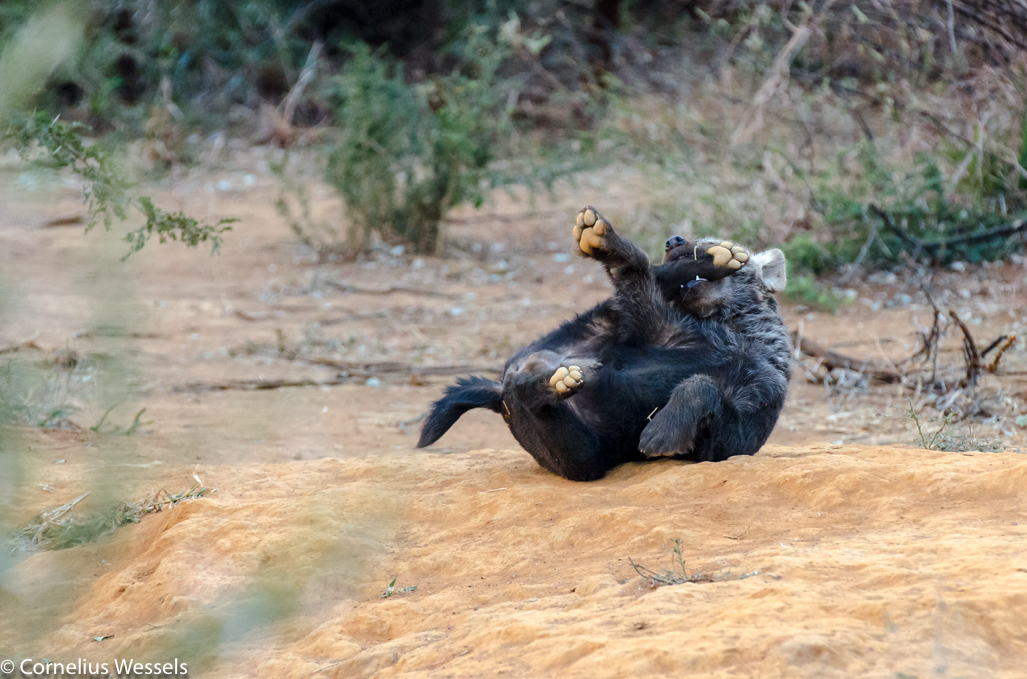 There are 2 four month old youngsters and one of about two months.

We were struggling to find leopards the past few weeks but we got to see Munye the young male from the south as well as Tsala the resident female. 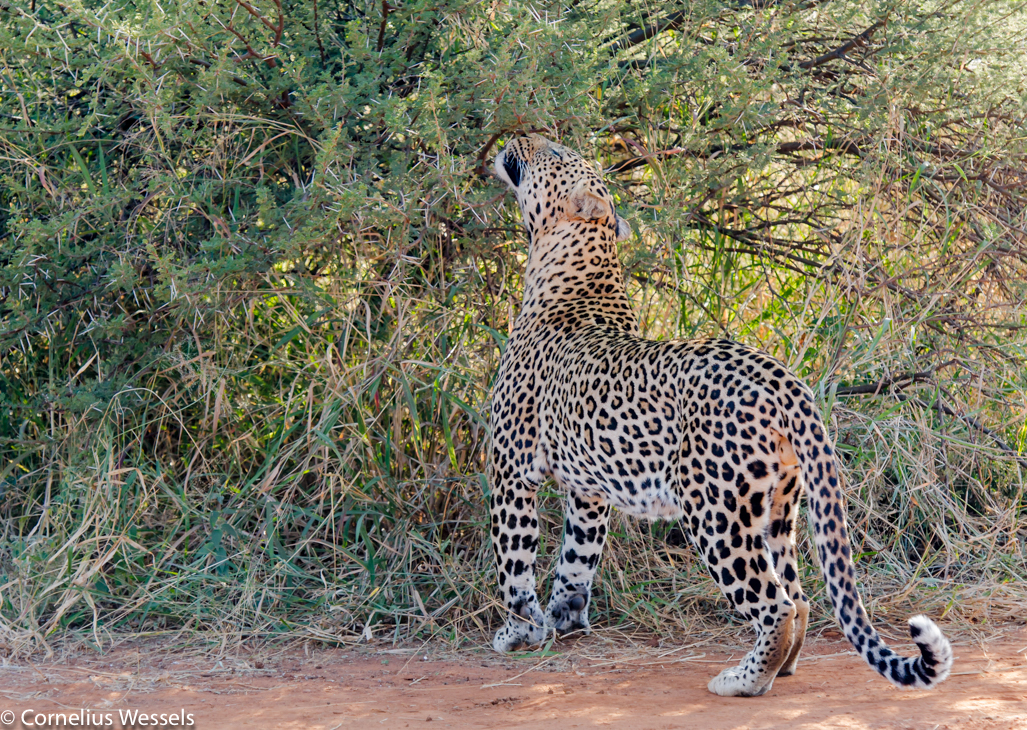 She killed a male impala, but unfortunately she could not get it up a tree and she lost it to hyenas that night.

The waterholes are getting busy as winter progresses, with all the water in the bush drying up. Even on cold days the elephants have fun in the last spots of mud. 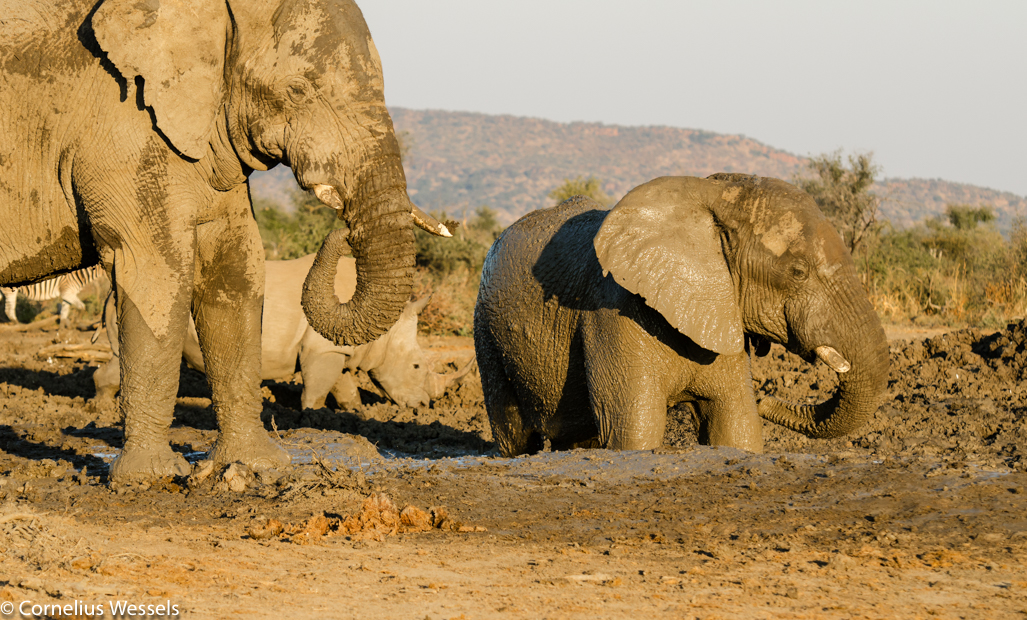 Both coalitions of male Cheetahs made themselves seen a few times and for a short while all of them were spread out in the south of the park. 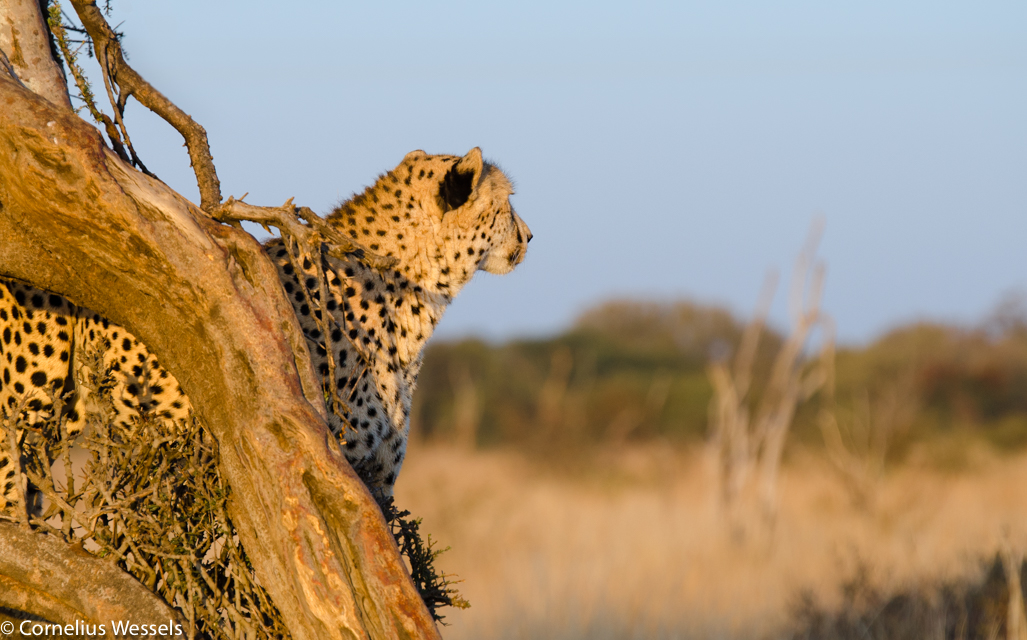 The lions are doing very well in the cold weather. Their bodies obviously function a lot better than ours when the chill sets in. 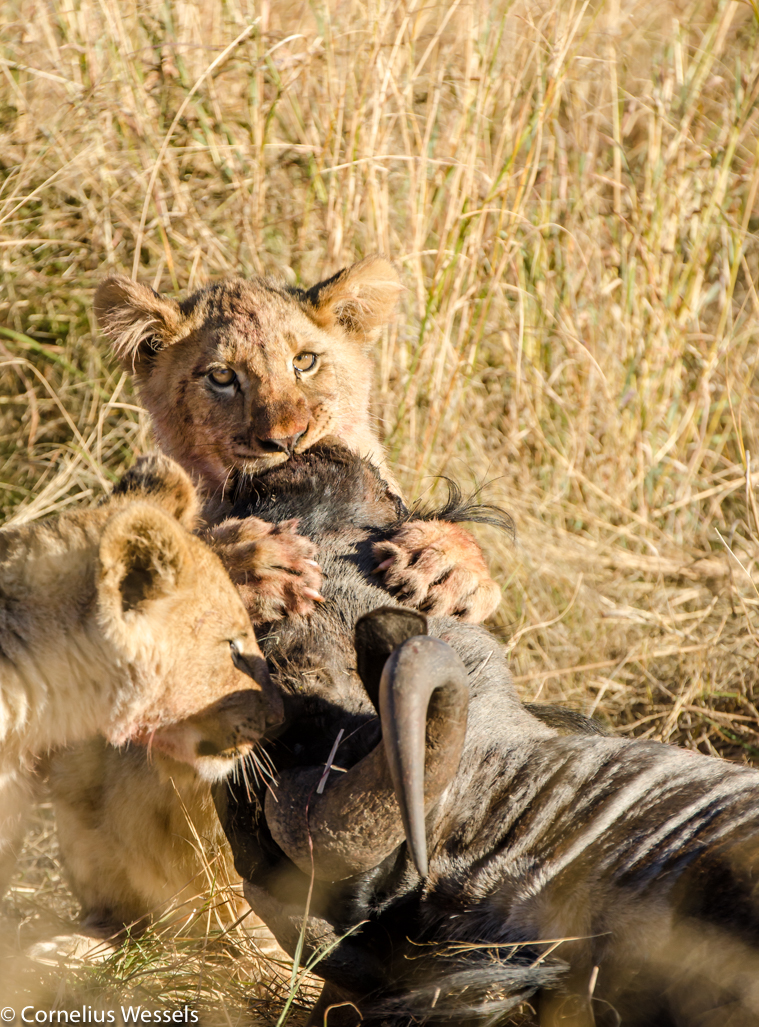 They were not always together but within  a week they had four kills between the lot of them.
The Mica female had a wildebeest kill all by her self but then also spend a lot of time with the two Chimbro males. 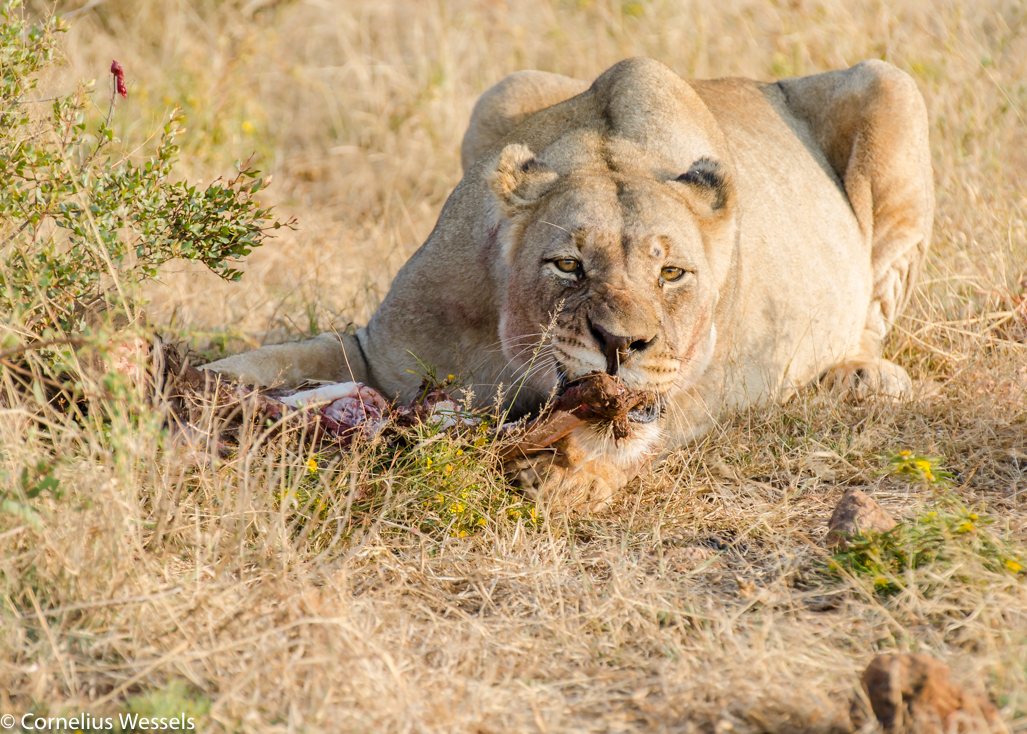 The rest of the females and young ones had two zebra kills and a wildebeest in less than a week. There is also a possibility of new cubs with the Jamala female but still needs to be confirmed. 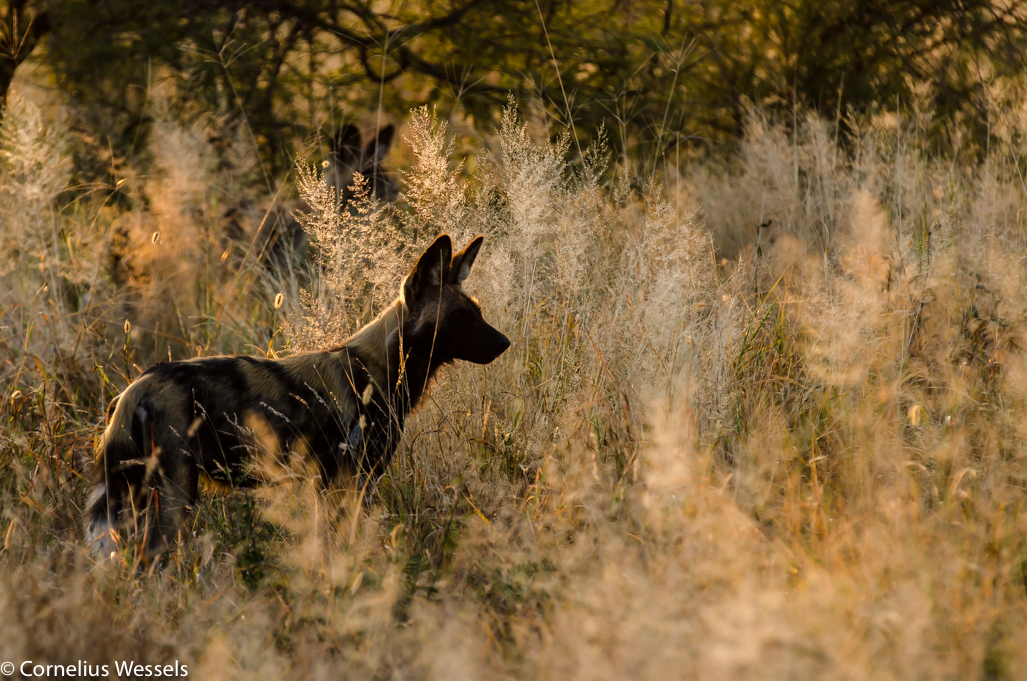 With the Wild dogs in a den far to the east of the park we do not get to see them very often. There are three females that has split from the pack and we get to see them when they move closer to our area of operation.

Hopefully the next cold month produces just as much excitement.