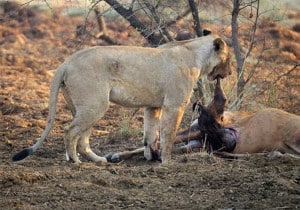 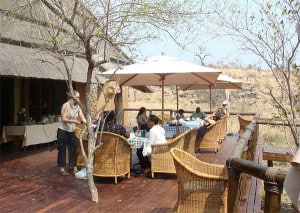 Bush greetings to all once again.

September is the month of new beginnings, and as this month came to an end the blossoms of the wild pears filled the air with the sweet aroma of summer.

Yes, the expecting mothers in the savannah are really looking fat with the new life that they will be introducing in the next few months, all the while having the continual stress of that dangerous foe that lurks in the dark. The rains are building slowly, with the August Trade Winds that sweep south from the equator providing some welcome relief from the scorching sun, as temperatures are rising day by day reflected in the heat haze as we look down the valley and onto the Inselbergs from the lodge.

After coming back from the morning safari our guests are treated to a hearty breakfast on the deck overlooking the waterhole which, as we told you in the last newsletter is abundant with various types of game; the buffalo herds visit almost on a daily basis. You will also be entertained by Bob the vervet monkey who has a uncanny knack of darting into the lodge and escaping with a delicious cappuccino muffin every now and then….. times are tough in the bush, but not at Tuningi according to Bob. 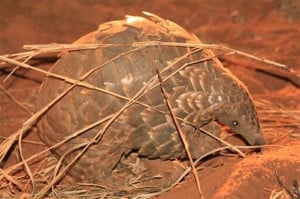 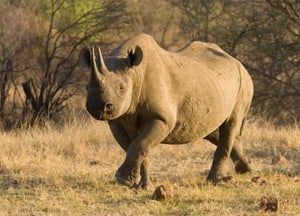 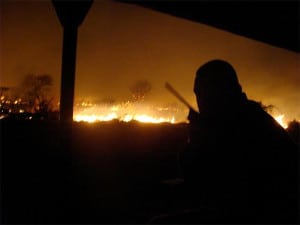 Speaking of the safaris, our rangers have been churning out the best quality sightings, and the ones that stand out for this month include Gerry witnessing the successful hunt of, what turned out to be, a pregnant Red Hartebeest that was taken by the Dipelo Female Lions and the huge Tsolho-Mateya male coalition. Gavin was charged by a Black Rhino and her calf just last week, and Grant had the luck of sighting another Pangolin (second sighting in his career). Among these special sightings there were notably more leopard sightings this month as well as an increase in the Black Rhino which as you know are extremely rare throughout Africa. (see the Rangers Column)

The reserve has also become very dry, and the remaining water sources are becoming less and less with every day creating some competition among the larger herbivores for the precious moisture they so desperately need. In the last week the reserve has also had a number of bush fires which have stripped the earth of its grasses, leaving behind a black and barren landscape. But wait…. this is not a bad situation. The savannah system is very dependent on fire to burn off the hard outer layer of the seeds which lay in anticipation of the first rains, as well as clearing off any dead and moribund vegetation which is not of any use to the animals out here. 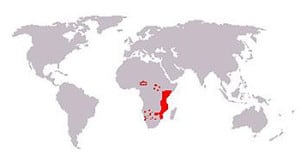 The Black Rhinoceros (Diceros bicornis), also colloquially Black Rhino, is a mammal in the order Perissodactyla, native to the eastern and central areas of Africa including Kenya, Tanzania, Cameroon, South Africa, Namibia and Zimbabwe. Although the Rhino is referred to as black, it is actually more of a grey/brown/white color in appearance.

The name of the species was chosen to distinguish it from the White Rhinoceros (Ceratotherium simum). This is misleading, as those two species are not really distinguishable by color. The word white in the name “White Rhinoceros” derives from the Afrikaans word for “wide” rather than the color white. The World Conservation Union (IUCN) announced on 7 July 2006 that one of the four subspecies, the West African Black Rhinoceros (Diceros bicornis longipes), has been tentatively declared as extinct. About 3600 Black Rhinoceros exist in the world.

The longest known horn measured nearly 5 feet in length. Sometimes, a third smaller horn may develop. These horns are used for defense, intimidation, and digging up roots and breaking branches during feeding. Skin color depends more on local soil conditions and the rhinoceros’ wallowing behavior than anything else, so many black rhinos are typically not truly black in color. The Black Rhino is much smaller than the White Rhino, and has a long, pointed, and prehensile upper lip, which it uses to grasp leaves and twigs when feeding. White Rhinoceros have square lips used for eating grass. The Black Rhinoceros can also be recognized from the White Rhinoceros by its smaller skull and ears. Black Rhinoceros also do not have a distinguishing shoulder hump like the White Rhinoceros.

Their thick layered skin protects the rhino from thorns and sharp grasses. Their skin harbors many external parasites, such as crabs, which are eaten by oxpeckers and egrets that live with the rhino. They have terrible eyesight, relying more on hearing and smell. They have large ears that rotate much like satellite dishes to detect any sound and a large nose that has an excellent sense of smell to detect predators.

Behaviour
Solitary animals with the exception of coming together to mate, mothers and calves will sometimes congregate in small groups for short periods of time. Males are not as sociable as females, although they will sometimes allow the presence of other rhinos. They are not very territorial and often intersect other rhino territories. Home ranges vary depending on season and the availability of food and water. Generally they have smaller home ranges and larger density in habitats that have plenty of food and water available, and vice versa if resources are not readily available. In the Serengeti home ranges are around 43 to 133 km², while in the Ngorongoro it is between 2.6 to 44 km². Black Rhinos have also been observed to have a certain area they tend to visit and rest frequently called “houses” which are usually on a high ground level.

The Black Rhino has a reputation for being extremely aggressive. They attack out of fear, confusion and panic. Due to their very poor eyesight they will charge if they sense a threat. They have even been observed to charge tree trunks and termite mounds. Black Rhinoceros are not very aggressive towards others of their species, usually only bluffing aggression. Males will fight sometimes by pushing head to head or horn jousting. They usually avoid other males when possible. Females are not aggressive towards each other. Despite their aggression, adult Black Rhinos have no natural predators, outside of an unverified incident of a huge nile crocodile taking down one. Black Rhinoceros follow the same trails as elephants use to get from foraging areas to water holes. They also use smaller trails when they are browsing. They are very fast and can get up to speeds of 35 miles per hour (56kph) running on their toes.

Diet
The Black Rhinoceros is a herbivorous browser that eats leafy plants, branches, shoots, thorny wood bushes and fruit. Their diet helps to reduce the amount of woody plants which results in more grasses growing for the benefit of other animals. Its been known to eat up to 220 different species of plant. It can live up to 5 days without water during drought. Black Rhinos live in primarily grasslands, savannahs and tropical bushland habitats.

They browse for food in the morning and evening. In the hottest part of the day they are most inactive spent resting, sleeping and wallowing in the mud. Wallowing is an essential part of all rhino species lives. It helps cool down their body temperature during the day and protects against parasites. If mud is not available they will resort to wallowing in dust. Drinking water is most commonly done towards the afterhours.

So, what are you waiting for? Book your stay as soon as you can, the Tuningi Team cannot wait to see you.

Until next month, bush greetings.
The Tuningi Team.

PS: Please remember to have a look at our fabulous kids art gallery!. 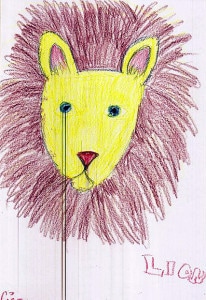 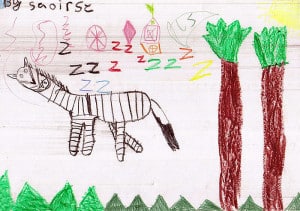 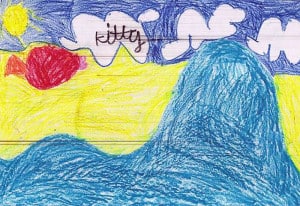 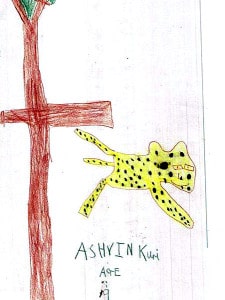 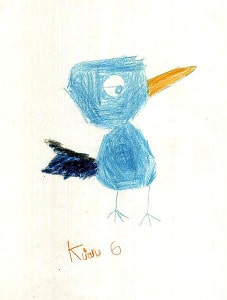 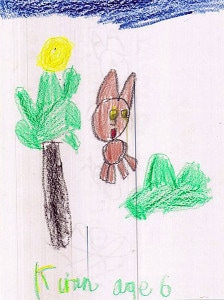 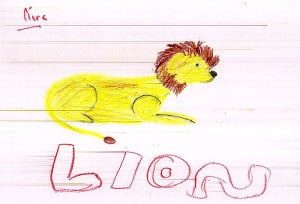