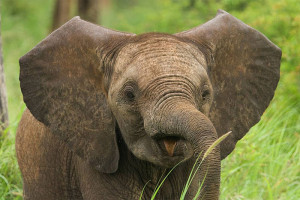 Warmest greetings to you all once again,

They say that things normally get worse before they get better! Well, we experienced living proof of this. We were slowly getting ready for sunny spring next month but we had it all completely wrong. Instead of warming up, we were surprised with some of the coldest days ever in this part of our country, with yet another ridiculously, out of the ordinary, bout of rain in the middle of July.

Just do not think that the weather could keep us from going out on game drives every day…. The fact that we were dressed up like Eskimos going out on a safari sledge every day just made it all the more adventurous. At least we knew that we would be welcomed back at the Lodge with a warm cloth to defrost the nose and fingers and a double tot of Old Brown Sherry to sort us out from the inside. The roaring wood burning fire, a steaming hot bubble bath and a glass of delicious South African red wine before dinner also helped a lot!

One would think that game viewing would be a bit difficult in these harsh circumstances, but to the contrary, it seemed to be as good as ever. 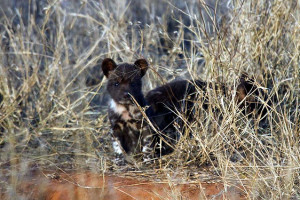 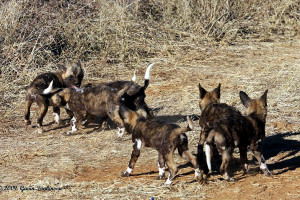 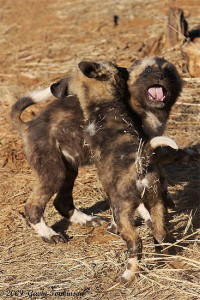 The most exciting find of the month was without a doubt the den of the newly formed wild dog pack. After all the fighting between the Collection Pack and the Dwarsberg Pack in the beginning of the year, only one of the Collection Pack survived. Luckily, she was welcomed in to a ‘breakaway group’ from the Dwarsberg pack. This new group of six dogs have now successfully denned and with luck on our side, found a big hole to den in, right next to one of the game drive roads. For the first time ever it is now possible for us to see the tiny little puppies way before they are four months old. The mother usually hides them so well that they are always already half grown when we get our first glimpse of them. Just see in the photos how fast they grow. The photos were taken within three weeks of each other and you can see how much they developed in three weeks.

What a privilege to witness the successful breeding of one of Africa’s most interesting animals; an animal threatened by extinction. Depending on how large the pack is, wild dogs can have up to 18 pups at a time. This tiny pack of six dogs now has six puppies. We suspect that the Dwarsberg pack, now made up of around twelve dogs, is also denning at the moment, but we have no idea where they have gone into hiding. How wonderful it would be if they can also bring another eight or ten new babies into this world?? 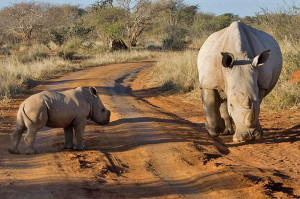 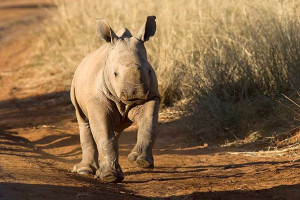 Talking about babies….. We found this very playful, gorgeous little white rhino baby and his mom running around and rolling in the dust one early morning. We just could not take enough photos of the little guy.

The white rhino cow seeks dense cover before calving and remains secluded for several weeks before she resumes her usual home range and routine. The calves can stand within an hour of birth but remain a bit unsteady for a couple of days. They already begin grazing when they are only two months old and are weaned at one year. White rhino mothers are fully equipped to protect their babies against all predators but one….human beings.

One afternoon on our normal sundowner stop, we were joined by some uninvited guests. Just as all the drinks were packed out; two lions came happily strolling towards us from the thicket. Needless to say, we all had to jump back onto the vehicles and wait patiently for them to satisfy their curiosity before we could quench our thirst! 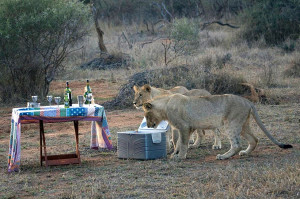 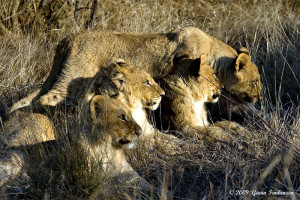 More fantastic news is that the Etali female is still looking after her four cubs wonderfully. We do not get to see them too often, but it is as if she comes out just to brag a bit every now and then. And to get a photo of all four of the busy little bodies is quite a trick! As we have told you in previous newsletters, she is a single mother, operating on her own and always hunting and fending for herself and her cubs, unlike other female lions that usually stay with their sisters or cousins. She is one of the most amazing lion mothers we have ever come across in our careers. To bring up four cubs even in a huge supportive group of lions is very unusual, but to do it on your own is almost impossible.

As usual, we have had the opportunity to host so many of you and had the chance to get to know and love your kids. We have made heaps of new friends, shared our passion for the bush and all things alive with you, fed you amazing, heartwarming, traditional SA food, and allowed you to just rest your soul.

These days we do not just take you on game drives. The guys will also take you on a bush walk if you like. Unfortunately it is very dangerous, which means that only adults can participate. Not just anybody can take a rifle and conduct a walk, there are very strict rules, certain qualifications and lots of shooting evaluations the guys have to pass first. The walks are not centered on the seeking of adventure or an adrenaline rush. The idea is to take you into areas of the park where the vehicles can’t go. We do not try and bump into big animals, but rather concentrate on the smaller, interesting things like dung, spoor, insects, nests, birds, grass, etc. As Grant always say: “ We speak dung fluently”.

An example of a conversation in ‘dung’ will be something like this;
Ranger stops at huge dung heap next to the foot path. “This is a rhino midden. It is not just a place they come to defecate, but it is where they communicate. It is like the internet chat room of the bush where the lonely hearts can leave their messages and see who is available, who is already taken and who is still too young for these kinds of adventures. A female will come here, leave a deposit and then a male will come a long and pick up the message of who his potential mates are.” If you find this interesting, you will just love a walk with one of our highly qualified rangers! 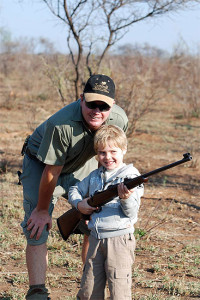 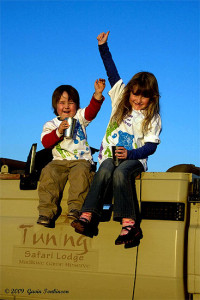 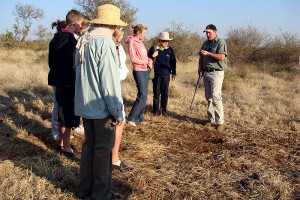 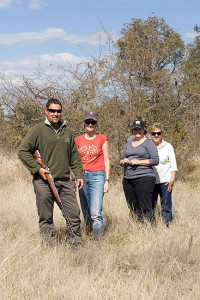 Well, it is time to say good bye.

Do not hesitate to pick up the phone and make that booking. We can’t wait to meet you.
And remember, if you return for your next visit do not forget to pack your walking boots.
With kindest regards
The fabulous T-team.

Do not forget to take a look at our fabulous kids’ art gallery! 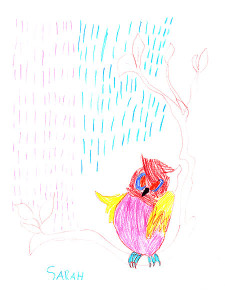 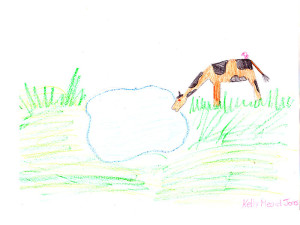 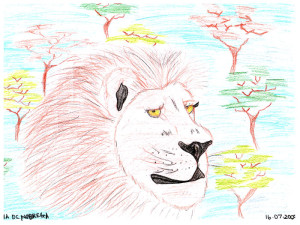 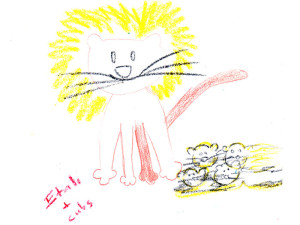