“Rain is grace; rain is the sky descending to the earth; without rain, there would be no life.”

The rains finally set in and Madikwe could not look any greener.  It always amazes me how this barren winter landscape can transform after some proper rain storms.  Of course with the rain arrives the new born Impala’s (Mac nuggets) and Wildebeest calves which always ads to the excitement on game drive.  But the most adorable baby’s this December were to be found at the Hyena den in the South of the park.  What a treat it is to pull-up to the den site and see the cutest little hyena cub sniffing and stumbling around the den site.  These cubs are probably not more than a month or two old and still black due to their young age and has stolen quite a few guests’ hearts. 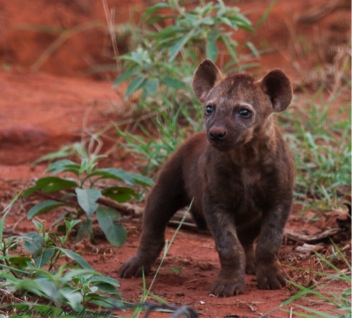 We also had a clash of the titans drive one afternoon.  We were heading off to Vleipan in the east of the park. It was rainy and we didn’t expect to see much game…but were we in for a surprise!!  On the way to Vleipan we could hear a lion roar, but not just any roar, this roar stated that someone or something was about to be in serious trouble.  We went looking and found one of the young Kwandwe males on a mission towards Vleipan.  Not too sure what was going on we followed close behind and then the call came in, the two Naledi males are at Vleipan.  Technically it was the Kwandwe males trespassing on the Naledi males’ territory, but this young Kwandwe was going to war.  Just south of Vleipan they encountered each other, the lone Kwandwe quickly realized that he was outnumbered two to one, he turned tail and ran to go look for his brother, with the Naledi’s right on his tail.  And then something happened I could not have foreseen in my wildest dreams, the Kwandwe male found his brother and went on the attack.  I suspect the Naledi males were just as surprised as us, for now it was their turn to run for their lives.  We did not see the fight as they disappeared into the thickets still chasing each other, but it must have been ground shattering.  A few days later only one Naledi brother was found. It seems like the Kwandwe males made a deadly statement.

The Wild Dog sightings this month was out of this world. The Southern pack of dogs made it their mission to impress the guests and we were fortunate enough to experience them hunting and killing twice; and that on the same day.  The morning hunt started off with the dogs harassing some Zebra, but decided not to try their luck with sharp hoofs and accurate kicks.  Next up was a small group of adult Wildebeest that saw through the dogs hunting strategy and just stood in a group not allowing the dogs to unnerve them into running away, which would give the dogs the upper hand.  So we followed some more as the dogs set of yet again to acquire a new target, which they did a short time later.  Two unfortunate Wildebeest cows with brand new babies attracted the Wild Dogs attention and the hunt was on.  The dogs quickly surrounded the two Wildebeest and with a tremendous amount of noise started harassing the two mothers and calves.  The aim of the dogs was to cause chaos and confuse the Wildebeest mothers who were trying desperately to protect their calves from the hungry mouths of the dogs.  But to no avail, the Wild Dogs finally succeeded and we were left in awe of the savagery and unforgivingness of Mother Nature.

Two small Wildebeest calves obviously did not satisfy the Wild Dogs appetite.  On the evening drive we again found the dogs on the hunt and after a mad dash through the bush they managed to single off a sub adult Wildebeest and the chase was on.  The chase did not last long, as the Wildebeest ended up in a small drainage line and the Wild Dogs had another feast. 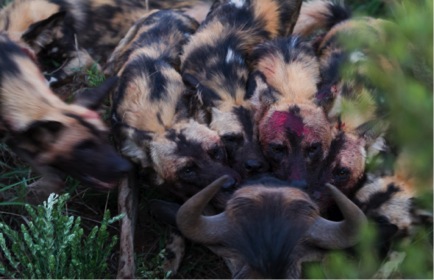 Seeing that it is baby month even the jackals were happy to show off their new pups.  We found 3 jackal pups playing outside their den one morning. At first they were not too sure if they could trust this strange noisy “animal”, but eventually decided we didn’t pose a threat and continued their play, even gnawing a baby Impala head mom or dad must have brought them. 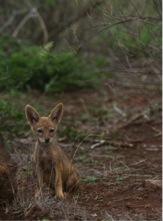 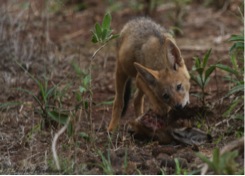 The Cheetah’s as always also played their part and we stumbled into them a bit unexpectedly one morning whilst out looking for the Wild Dogs.  But they didn’t mind the surprise and happily carried on marking their territory, even climbing a termite mound I parked next to, just to make sure that we could see them in all their splendour and glory. 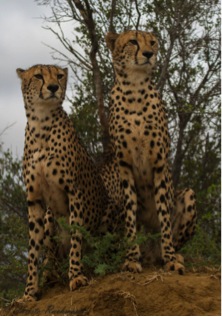 Back at the lodge families were enjoying the swimming pool, massages and cocktails while the elephants helped themselves to a drink at the lodge watering hole. Kids were also busy with activities, and worked together to build their safari adventure with modeling clay while also receiving their junior ranger certificates for spotting the animals on game drive! 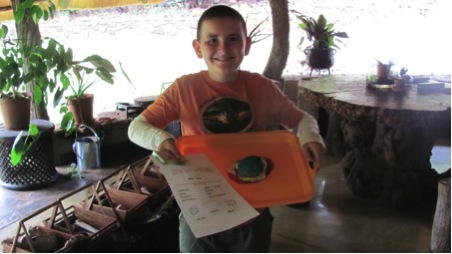 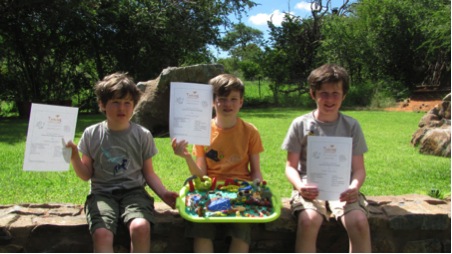 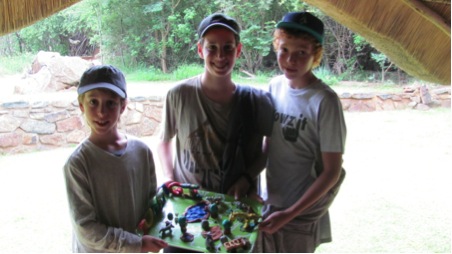 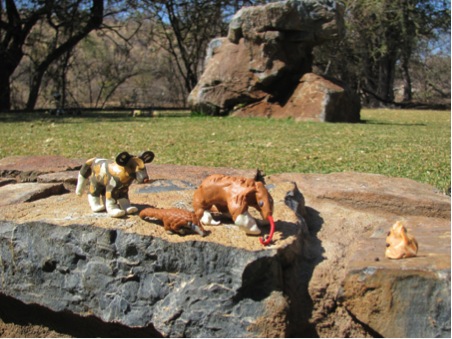 And Best for Last…..

Kids at Tuningi, all the way from Finland, had a visit from Farther Christmas!

What a surprise!! The Jolly Old Man had a close shave with lions at Tlou Dam when he stopped to water his Reindeer, but Father Christmas still made it to Tuningi. 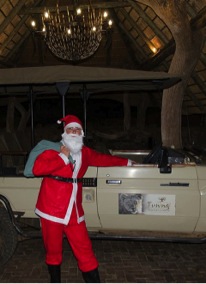 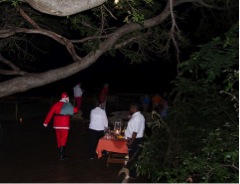 We know at Tuningi the year will provide us with even more fun and excitement and hopefully lots of return guests! J