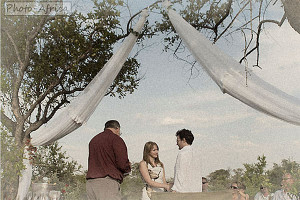 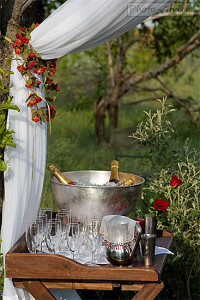 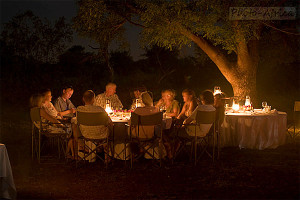 December is always a busy time in the bush and this year was no exception. To compliment the festivities we hosted a wedding and, as always, the game viewing has been fantastic.

As all the Tuningi staff started gearing up for Christmas and New Year’s celebrations in the bush we were lucky enough to host a stunning wedding for some guests and their close friends and relatives. The wedding itself was intimate and was held at sunset out in the bush. The couple had the entire African landscape to themselves as the small group of guests witnessed the ceremony unfold.

The ceremony was followed by champagne toasts and a short game drive as the wedding party made their way to a surprise bush dinner. It is a breath-taking experience to arrive in the middle of the bush where the beauty of the scene that has been created by the Tuningi staff is only rivalled by a spectacular full moon in the African sky. The guests had the most phenomenal evening as they enjoyed five star cuisine and great service under a canopy of stars. A truly memorable event for all the guests and the staff at Tuningi. 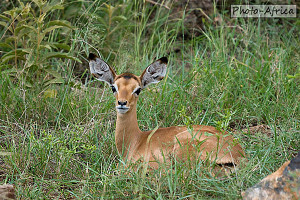 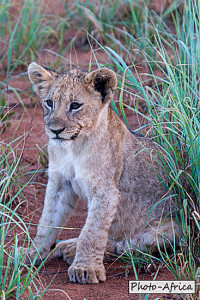 After the wedding things did not slow down and the lodge has been completely fully booked as group after group of guests arrived at Tuningi for their African adventure. Apart from the luxury and service at the lodge, Madikwe’s wildlife also joined in the spirit of the season and we had the most amazing sightings.

This time of year you can always be assured of seeing large amounts of young animals. Many of the herbivores give birth during November and December which coincides with the start of the rainy season. As the rains arrive the vegetation is regenerated. Large herds of impala, wildebeest and zebra paint the landscape as the new youngsters find their feet on the grasslands around the reserve.

We have even been lucky enough to, on numerous occasions, catch a glimpse of some of the youngest lions in the reserve. At three months of age the four cubs are starting to move around with their pride on a more regular basis. It is a truly unique experience to sit and watch as these youngsters attack everything that moves – from a grasshopper to their mom’s tail. For many of the guests these young cats have been the highlight of their stay in Madikwe. 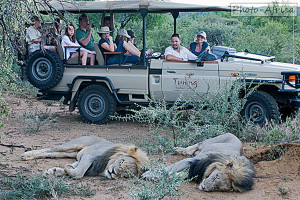 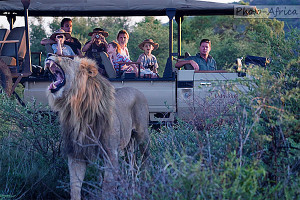 The two largest male lions in the west of Madikwe have also made their presence known during the festive season and produced some memorable moments for many guests. The Tshola-Mateya coalition seem to be in the process of expanding their territory and have been moving more north from their regular ‘home’ in the south. This is great for us as it puts these magnificent beasts in Tuningi’s immediate vicinity and promises some more great sightings in the future. 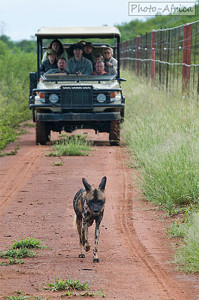 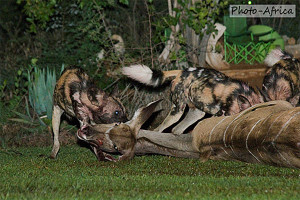 Madikwe’s true superstars are the Wild Dogs. With the six new pups now approaching six months of age it has been exceedingly difficult to keep up with these very endangered carnivores. It seems, however, that even these amazing animals were in a giving mood over the Christmas period. Between Christmas and New Year we saw the dogs almost every day. Christmas Eve was particularly memorable as we spent almost the entire afternoon with the dogs as they chased impala around and ultimately succeeded in killing a young impala.

Watching Africa’s second most endangered carnivore at work is a true privilege and we drove back to the lodge thinking that we have seen it all. Little did we know that the Wild Dogs had other ideas. After our drive on 30 December we were all at the lodge for a well deserved drink when we heard it. The unmistakable sound of the Wild Dogs hunting and then the sounds of a kudu in distress. We all ran out to the vehicles with the idea of following the sound but this was not even necassary.

As we came out of the lodge front door we saw them. The large pack of Wild Dogs had chased a female kudu towards the electric fence around the lodge and as she jumped the fence must have clipped and broke the top strand of wire. All the dogs followed in a frenzied pursuit and ultimately pulled down the kudu a mere 20 meters from the lapa at the main lodge. (For those of you who have visited Tuningi before, this all happened on the lawn just on the side of the main lodge as you arrive back from game drive.)

It was an almost unbelievable scene as all the staff and guests stood in awe as the dogs started their feeding frenzy. Many people visit Africa again and again and never get to witness something like this. Even though it is extremely brutal and we try and attach emotions to these kinds of scenes this is nature at it’s brutal best. Even though it was difficult to watch everybody resisted the urge to look away and as the evening wound down we all felt privileged to have witnessed such a once in a lifetime scene. The electric fence was fixed first thing the next morning but the memories of the second last evening of 2008 will be cherished and remembered for a long time to come. 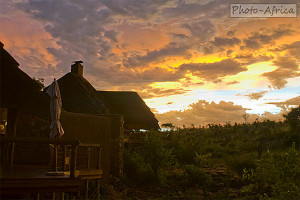 As we reach the end of 2008 we would like to say thank you to all the people who have visited us during the last year. We have witnessed nature at it’s best. We have shared amazing moments. We have shared Africa.

As the sun sets on another great year at Tuningi we wish you tenderness for the past, courage for the present and hope for the future.

We look forward to seeing you at Tuningi in 2009.

PS: As always we end of with a few works of art form our younger guests! 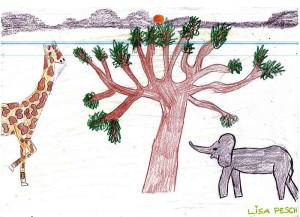 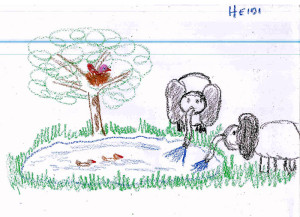 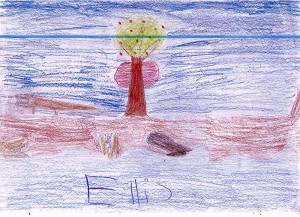 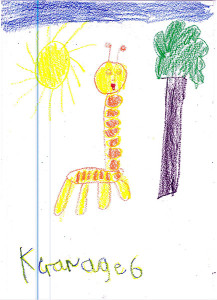