If you’ve ever been on safari or are interested in going on one, you’ve probably heard of – and possible seen – the Big 5. The term originally referred to the difficulty in hunting five of Africa’s most dangerous game – the lion, leopard, rhino, elephant and buffalo. Today the term is commonly used in the photographic safari world and has evolved into more categories including ‘the ugly 5’ and the ‘shy 5’. We’ve put together a ‘get to know you guide’ to Madikwe Game Reserve’s Shy 5. 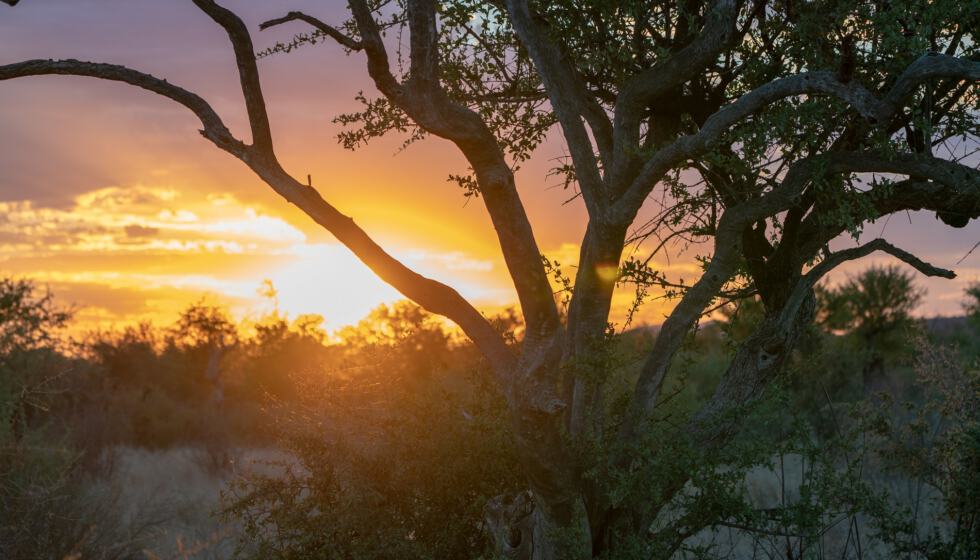 Mongoose are the first members of the Shy 5. Mongooses are long, slender creatures with a pointed face and a furry tail. Some species of mongoose are very social and live in large groups called colonies. Banded mongoose colonies (found in Madikwe Game Reserve) move, live and fight together as a team.

Where to find them:
Mongoose live in burrows made of a system of tunnels in many different types of landscapes, including deserts and tropical forests.

Porcupine are mysterious, usually solitary creatures. They are one of Africa’s large rodents you don’t cross; even if you’re a lion. With up to 30 000 quills, a porcupine will quickly reverse into their assailant, ramming them to ward off danger.

Where to find them:
Porcupines are found throughout sub-Saharan Africa, all the way from Cape Town to places as far north as Uganda and Rwanda. South Africa is an excellent place to see porcupines.

Arguably the strangest looking and most secretive of the bunch, the aardvark is an unusual animal resembling part kangaroo, part anteater and part rabbit. The aardvark is an expert excavationist, able to break open ant hills and dig down into the earth to find food.

Where to find them:
The Karoo in South Africa is one of the best places to see aardvark. 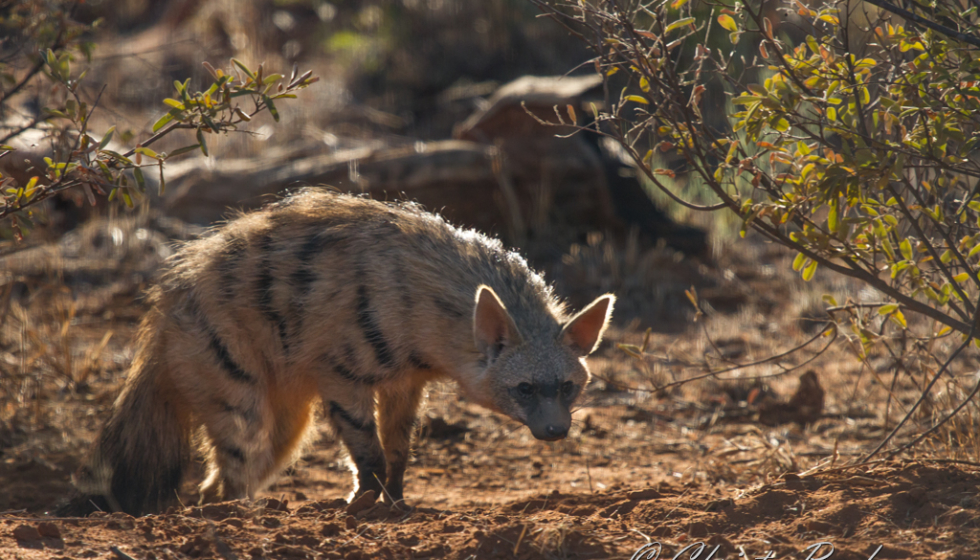 Resembling a small hyena – striped rather spotted – the aardwolf is a solitary, foraging member of the Shy 5. Aardwolves surprisingly feed on termites and not meat. They like to use burrows created by aardvark digging out termite mounds.

Where to find them:
Aardwolf prefer grasslands and semi-arid plains in places like the Northern Cape and the Karoo.

The brown hyena (also called strandwolf) is a species of hyena found in Namibia, Botswana, western and southern Zimbabwe, southern Mozambique and South Africa. They are the rarest species of hyena and are known to be found in the arid terrain of the Kalahari and Namib deserts. There they may wander up to 30 km a night in search of food.

Where to find them:
Brown hyena are confined to the southwest corner of Africa, frequenting areas where its larger cousin is rare or absent. 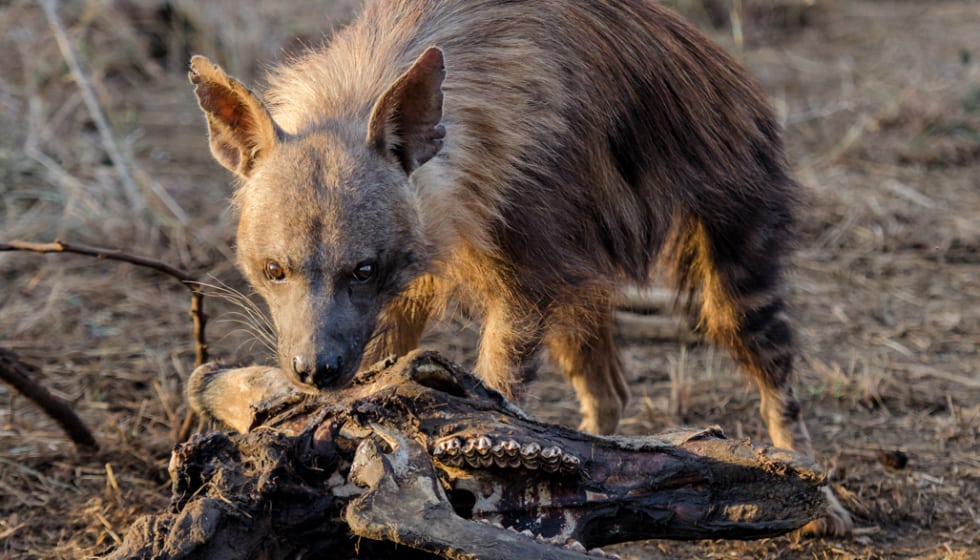 We’d love to know more about your sightings of the Shy 5. Please leave a reply in the comments box below and tell us your story! If you’d like to enquire about your stay at Tuningi Safari Lodge, please don’t hesitate to get in touch with us by filling in our online enquiry form here. We look forward to hopefully introducing you to some of the Shy 5 during your stay.

One thought on “Introducing the Shy Five of Madikwe Game Reserve”