Despite what Mufasa and Simba might have you believe, hyenas are much more than the peculiar, scavenging villains depicted in the The Lion King.

Though it may take you some time to fall in love with these animals, it’s easy to admire their cunning, close family ties and impressive hunting skills.

Here are some things you might not know about hyenas. 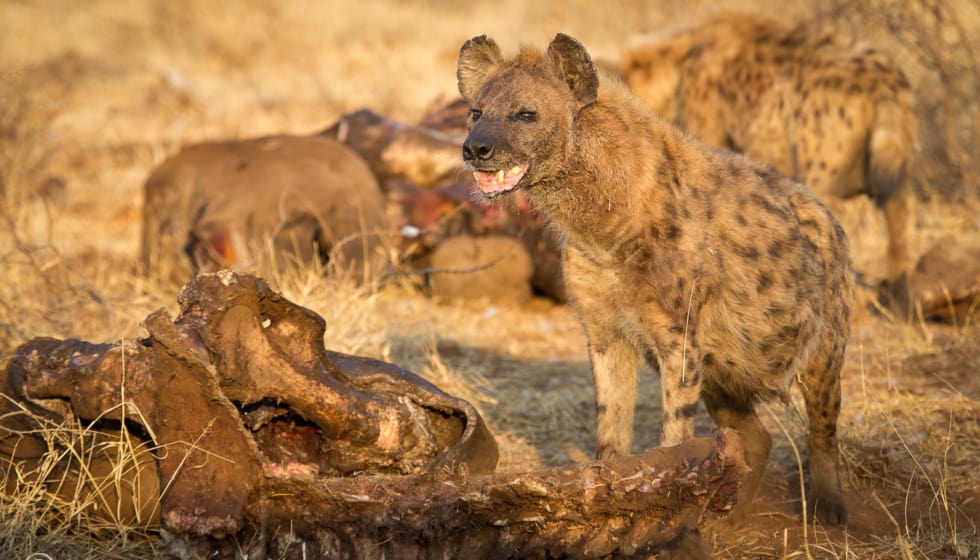 1.Females rule in the hyena world.

Female spotted hyenas are more muscular and more aggressive than their male counterparts.

Hyena females have up to three times as much testosterone in their bodies as males, and as a result, spotted hyena societies are matriarchal.

Even female cubs dominate the boys.

2. Female hyenas have only two nipples

So litters of more than two have to fight to survive, leaving the weakest cubs to die of starvation. In a litter of three, the least aggressive cub usually won’t survive.

Hyenas have a frontal cortex on par the size of primates. A study conducted by Duke University in 2009 showed that a captive pair of hyenas performed better at problem-solving and social cooperation than chimpanzees.

Even more amazing, is that the hyenas solved all the problems in silence, using only non-verbal signals for communication.Their non-verbal communication included matching gazes and following one another. In the wild, they use a vocalization – like a whoop – when they are hunting together.

4. They are skilled hunters

Spotted hyenas sometimes scavenge, but, contrary to popular belief, they kill 95 percent of their food. 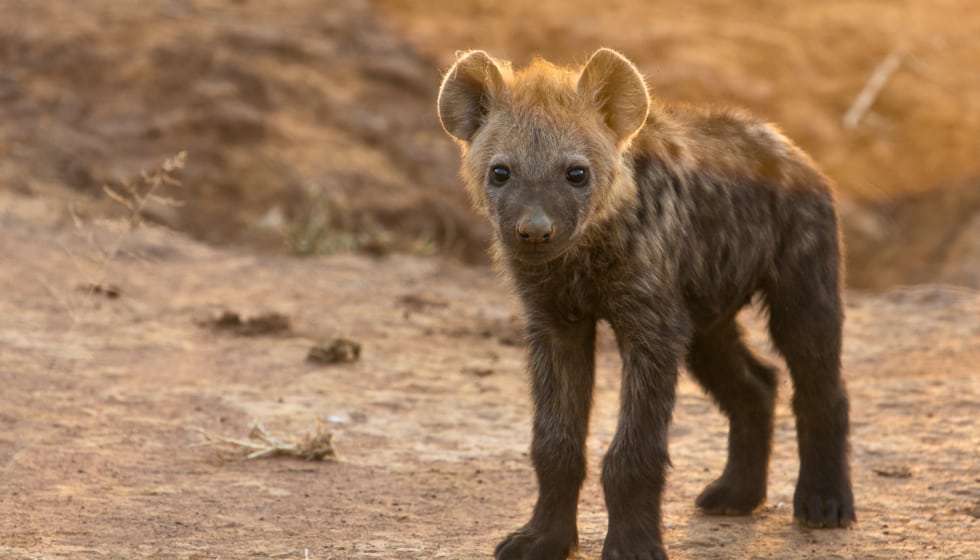 5. The female spotted hyena has a pseudo penis

Female spotted hyenas have a pseudo-penis – basically an elongated clitoris. Some pseudo-penises can grow up to seven inches long.

Females use their pseudo-penis for urination, mating, and birth, which can make birthing difficult. Experts estimate that approximately 60 percent of hyena cubs die from suffocation.

6. The female’s reproductive canal is twice as long as other animals

The advantage of this is control over reproduction – mating is impossible without full female cooperation.

And even if the female changes her mind after mating, the elongated reproductive tract lets her flush out the sperm by urinating.

7. Males have the lowest status in the pack

Male hyenas have the lowest ranking in the pack and are forced to leave their family when they reach sexual maturity.

They must fight to enter a new pack – often this is deadly and the dominant female will determine their fate.

8. Hyena’s have a negative mythical reputation

They have (falsely) been said to be able to influence people’s spirits, be ridden by witches, rob graves, kill children and livestock.

Ernest Hemingway didn’t do much to warm hyenas to people hearts when he wrote:

“Fisi, the hyena, hermaphroditic self-eating devourer of the dead, trailer of calving cows, ham-stringer, potential biter-off of your face at night while you slept, sad yowler, camp-follower, stinking, foul, with jaws that crack the bones the lion leaves, belly dragging, loping away on the brown plain …” 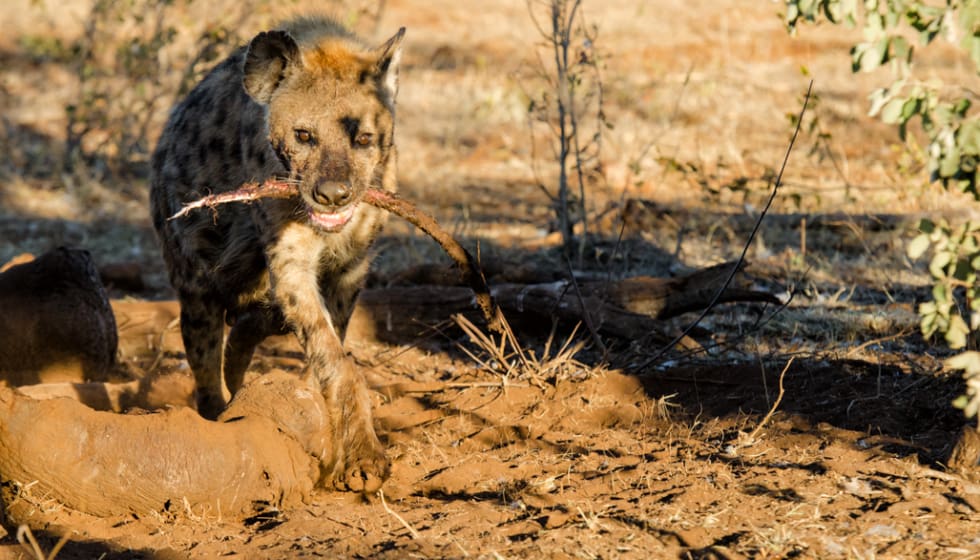 Spotted hyenas are social, gregarious animals, living in groups of as few as five or as many as 80 individuals.

10. They are closely related to mongoose and civets

Though to us, hyenas resemble dogs – they are actually more closely related to cats, and closest to mongooses and civets. 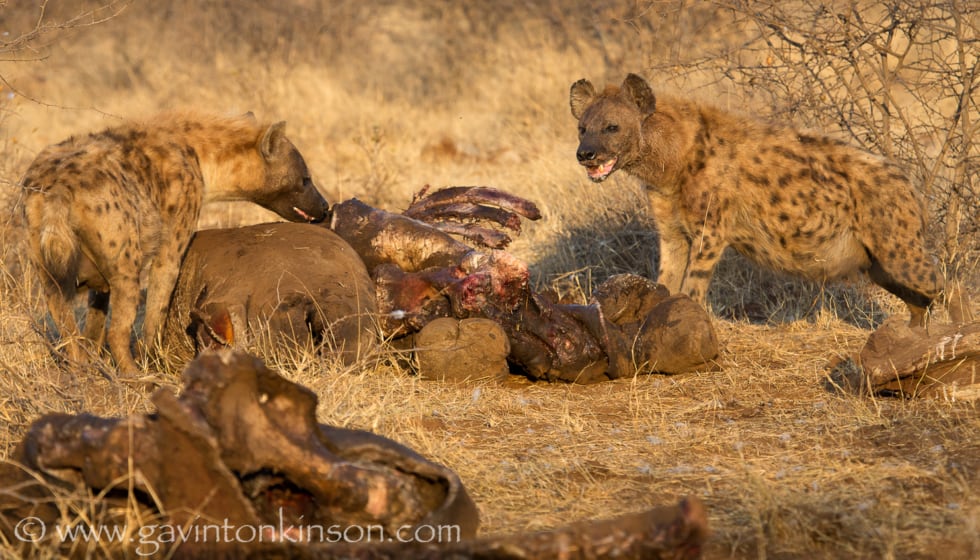 If you’re interested in visiting Madikwe Game Reserve to see hyenas and much more wildlife, please don’t hesitate to contact our reservations team or view our room rates here. We look forward to helping you plan your stay in Madikwe.