Today it was all about the Felines.

This morning I decided to start off by looking for the four male Cheetahs as they evaded us for the past few days.  After not to long we got them not far from the lodge.  Always very rewarding if a possibility turns into a reality. 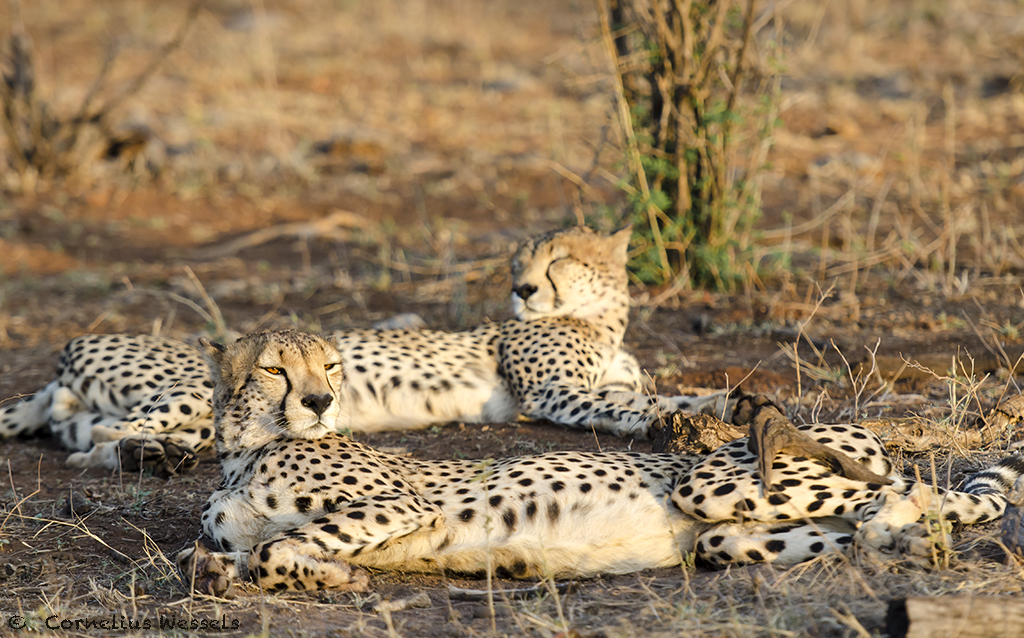 Not long after we left the Cheetahs the Jamala pride was called in and it was around the corner from us.  The two adult females joined up with their six cub in the usual social manner.  While dodging all the holes around us we followed them to the base of the hill where they disappeared.

While luck was on our side I decided to go and look for the Wild Dogs, but I soon realized they were long gone.  The only tracks around were quite old.

But then, on the way back to the lodge for breakfast our favorite Leopardess was found.  Being miles away I just hoped for the best but as we came close she was still on the move in the open.  We followed her for some time until she jumped into a shady tree for a snooze. 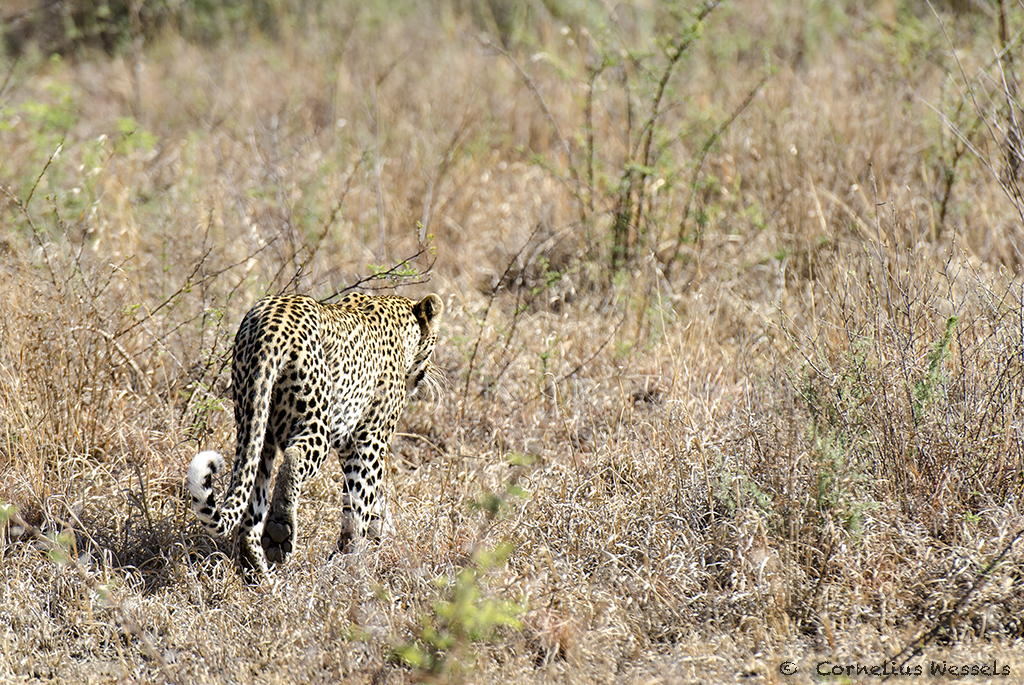